Number Two: Allow me to introduce… the General. (Curtains pull back to reveal an enormous computer.) All the Professor’s own work. He gave birth to it and loves it with a passionate love. Probably hates it even more. That mass of circuits, my dear fellow, is as revolutionary as nuclear fission. No more wastage in schools. No more tedious learning by rote. A brilliantly devised course, delivered by a leading teacher, subliminally learned, checked and corrected by an infallible authority. And what have we got?
Number Six: A row of cabbages!
Number Two: Indeed. Knowledgeable cabbages. 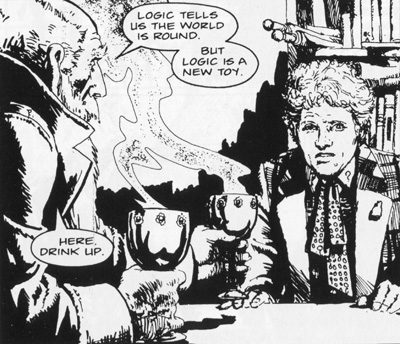 The site dedicated to life, liberty and the pursuit of synchronicitous happenings.

Knowledgeable Cabbages began life approximately a decade ago as nowinfullcolor.com. Recently shuttered, the blog collected film and TV reviews (“now in full color, with a happier ending”, to give its full title. An earlier incarnation of knowledgeablecabbages.com initially ran in tandem). Its appetite was wide-ranging, as may be seen from the archive ported over to this site, but the analytical lens – at least, what there was of one! – shifted increasingly in favour of the esoteric and conspiracy based over the years.

This current incarnation foregrounds such material more expressly still, via the Q & A section. While no claims are made to the infallibility or immutability of the information presented, it is hoped it will at least present food for thought and conjecture, particularly as our paradigm undergoes a considerable shift.