There’s nothing quite so perplexing as trying to get the measure of White Hats happenings, bebopping and scatting all over as they seem prone to do. I’ve probably got a better grip on the mechanics of time travel, and that’s saying something!

The answers received in Q & As regarding White Hat activities have appeared consistent, give or take the pesky incapacity to set a “reveal” date and stick to it, but I’m nevertheless prone to wonder when it’s suggested I listen to an SGAnon podcast (more so than Phil G), conceiving of/predicting as he is a range of countermeasures from the opposition across a span of forthcoming months. While both SG and Phil have come back as legit when Higher Self/ Source has been asked, there seems to be some degree of a gap here. The following is my understanding right now, inevitably subject to amendment in terms of the whens and hows of the much-awaited big announcement. I have also included a few Q & As at the end with regard to celebrity statuses.

For a few preliminaries, I went back over a few basics.

Q. Are there still Black Hat operations being defeated?

That was the answer received in October and remains the case. However, see below re Black Hats (my distinction would be between Black Hats: The Prevailing Force and Black Hats: The Disparate Remnants).

Q. Are White Hats in control of all governments?

This arises from an SGAnon comment about ongoing operations.

This arises from an SGAnon comment about ongoing operations.

Which would be expected.

Q. Is there a danger of war in Europe?

This arises from an SGAnon comment about potential future developments. Several degrees of clarification were needed on this, so I won’t detail each stage of questions:

The conflict would not represent a real war, rather a smoke-and-mirrors affair, akin to the Ukraine but this one triggered by Black Hats.

How this could come to pass is unclear. Asked if it does come to pass, the answer is “No”, but my reading of this response is that it’s “No” per my questioning the “event” at that point in time (so depending on when I ask, the projected outcome may be different. This is something I hope to engage with more extensively when covering time and time travel).

It seems an imminent EBS is still in the offing (with the worldwide global corruption announcement following). It also seems that the EBS and all that comes with it would not, per se, preclude Black Hats attempting the proposed smoke-and-mirrors European “war”. Presumably because it would not, in and of itself, kibosh those with the capability to create such an illusion. And presumably also because many among joe public listening to any global announcement subsequent to an EBS aren’t necessarily going to respond as hoped for and may be susceptible to whoever seeks to whisper poisons in their ears.

As I understand it, there is no dissent of approach within the military (per Wayne Jett’s suggestion).

With regard to SGAnon, it would appear that, if there is inaccuracy in his conclusions, it’s down to his interpretation of information, rather than the basic information itself.

It was staged (so as to elicit the very responses it has).

Cleese is a White Hat. He was not Vril’d/soul scalped.

Which suggests you can’t necessarily go by black-eye pictures as a guide (Cleese has several reported, in both 2008 and 2016). See also below.

Sandler is a White Hat. He was not Vril’d/soul scalped.

Connery was not Vril’d/soul scalped.

Caine was a Black Hat. He was Vril’d.

Caine was a White Hat before he was Vril’d. 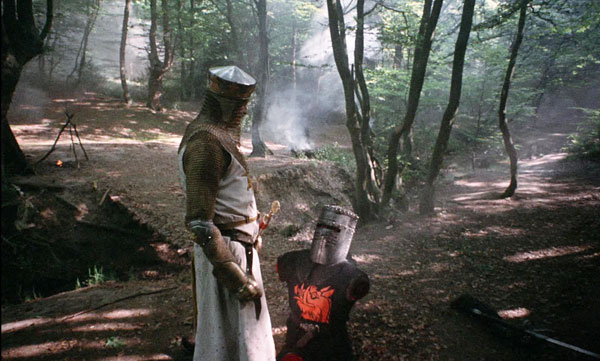