Nikola Tesla, so the official story goes, was born in 1856 in what is now Croatia and died in New York (in the Hotel New Yorker) in 1943. He emigrated to the US in 1884, working for the Edison company for a spell before going his own way – the specific reason is unrecorded, but we do know he was no great fan of Thomas Edison’s hygiene – developing an AC motor and patents subsequently licensed by George Westinghouse. His renowned Tesla coil arrived in 1891. A decade later, the Wardenclyffe Tower project, prospectively a system of wireless energy transmission, was stymied by its principle backer, one JP Morgan (who doubtless saw fundamental limitations in the notion of free energy for all).

In addition to extracting free energy from the aether, Tesla’s fabled inventions and innovations include antigravity flying machines/UFOs, death rays and photographing thought. He called out Einstein and his theory of relativity and believed the atom was immutable (so he would presumably have cocked a snoot at the Manhattan Project). He’s been mooted as responsible for the Tunguska Event and having been crucial to the Philadelphia Experiment. You can also find it claimed he was murdered by Otto Skorzeny and Reinhard Gehlen for his saucer tech.

In the alternative community, Tesla has long been a touchstone for a utopian principle cruelly suppressed by an establishment actively opposed to making life better for us all. In recent years, another feather has been added to his bow – well, depending on your view of his inheritor-associates – with the connection to the Trump family. Certainly, it’s on (official) record that the FBI sent Donald’s uncle, John G Trump, to examine his belongings when he died. John G reviewed and analysed his items and papers and reported back that there was nothing interesting there.

In due course – 1952 – Tesla’s nephew in Belgrade took delivery of his belongings, eighty trunks’ worth, of which only sixty arrived. Lore suggests John secured some crucial items and left them to his nephew. Which is where the time-travelling Trumps (including little Barron) come in, and the 4-D chess Donald’s been playing since… well, period, as it turns out. Donald once said “My uncle used to tell me about nuclear before nuclear was nuclear” (which is all sorts of cryptic, if you consider that “nuclear” power stations are a form of power production but the nuclear part is a lie)

Such a scenario might explain a few things. Such as, if you’re a time traveller, you probably don’t need more than Nikola’s purported two hours sleep a night, standard time; you can kip elsewhere and be back in time for breakfast. Tesla’s iconography is in the ever-ascendant just now, of course, from Elon using the name for his cars to the media featuring him regularly, be it The Prestige or The Current War (and, much less prestigiously, Doctor Who).

Tomorrowland linked Tesla to a futuristic techtopia hidden from the rest of corrupt humanity’s prying eyes via a group called Plus Ultra. Behind the movie were the chalk and cheese of Brad Bird (linked to objectivism) and Damon Lindelof (linked to super-wokeness); seeing Tomorrowland on the side of right might be a stretch, what with Disneyland – and Walt – being portrayed as ruddy marvels, Edison being a Tesla pal and evil Hugh Laurie running the now besmirched Tomorrowland, but it’s certainly curious that Donald has Plus Ultra inscribed on the wall at Mar-a-Lago.

And then there are those who’d suggest Tesla is no legend at all. You can find him quoted as an apparent eugenics advocate on his wiki page. The reasonable charge has been laid that, as a figure of prominence and Elite funding (even if he doesn’t seem to have found ultimate favour), he surely cannot have been on the side of the great and good. You can also find some, such as The Blue, suggesting he didn’t even exist, although you may wish to hard pass on that particular theory.

Some of the material here can be found in earlier Q and As. For the background to the Q & A, see the index page.

Q. Is the Trump family connection to Tesla one that had positive intent and action behind it?

Donald Trump’s family history is one of White Hats.

Q. Was Tesla responsible for the Tunguska Event?

The 12-megaton explosion at Tunguska in 1908 is a source of long-standing conjecture, popularly attributed to a meteorite explosion. Some believe Nikola was trying out his Death Ray. One take has it that he was aiming it for the North Pole (which is why he asked explorer Robert Peary to report anything unusual) and missed. These things happen.

Q. Is Tesla a starseed?

Tesla is Pleiadean starseed (that is, a soul incarnating on Earth who originates elsewhere in the Universe).

Q. Did Tesla live earlier than we are told?

Tesla came from Atlantis to the nineteenth century.

Q. From how far in the past did Nikola Tesla travel to his known/ established time period?

It has been suggested Tesla’s wireless electricity was an attempt to replicate “mechanically” the tech of Atlantean fire crystals.

Tesla is currently living in the 2022. He came here in his 50s. This would be from some point between 1906-16, per his official timeline (which would assume he spent all his time in that time when he wasn’t here. Remember, he was only getting two hours sleep a night, and spent most of his waking hours on his own).

Q. Did Tesla go to live in the nineteenth/ twentieth century knowing how his ideas would be received?

With regard to the suppression of his inventions, he was aware how the situation would play out.

That is, Tesla is inhabiting a clone body of Elon Musk. As previously established, the Elon we’re seeing just now is not the original Elon. Consequently, anyone who has read current Elon’s tweets as Twitter CEO will appreciate that Nikola Tesla has a sense of humour. Albeit, Nikola isn’t spending his entire time here as Elon, and he isn’t responsible for everything going out under the name Elon Musk.

This makes the chicken and egg of the Tesla company an interesting one (original Elon taking Tesla’s name and Tesla then taking his name, so to speak). And officially, of course, Tesla referred to physical planets, a physical Moon etc, while the official Elon still refers to his 100-percent-real SpaceX missions on Twitter (although, I can’t read any of Musk’s endorsements as other than tongue in cheek).

Notably, Gene Decode suggested Tesla was living in our present during a recent interview.

There are a many ramifications to the above, if one is willing to entertain the gist of it. Not least, the time-travel part. If Tesla invented time travel, that would mean attempts to alter the timeline negatively – be they from Greys or Anunnaki or whoever – could not have occurred without him. Which would presume a “4D” level of awareness in asserting the need to bring it into being so as to ensure the ultimate – optimum timeline – outcome, regardless of the fallout along the way (this in itself would suggest a degree of utilitarian thinking, which… well, I’d assume you need to be very sure of yourself, morally, ethically, spiritually to advocate such an approach).

Addendum 28/01/23: Further Q and A responses relating to Nikola Tesla can be found here. 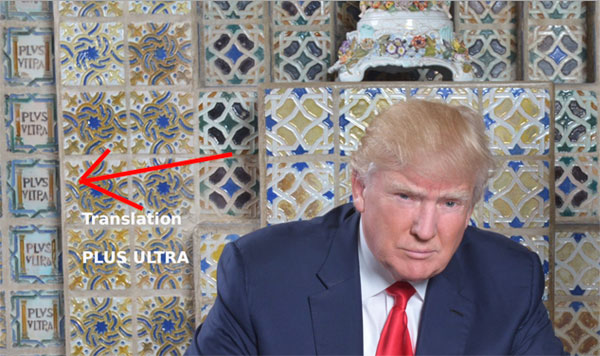