What it is we’re doing here is a whole subject in itself. For another juncture. It would appear we were earmarked a spot on the edge of a plain some 50,000 years ago, were intended to get on, at least in part, on our own recognisances, and were then intruded upon (albeit, having stirred up the conditions for said intrusion). But where is this all leading, pray? As a precursor, a few clarifications on what we’ve been told about our general circumstances.

Q. What is the population of the Earth?

Q. Are these population statistics correct?

Only the first figure is accurate.

Q. Was humanity being on Earth divinely inspired?

Q. Was there a concern when placing humanity on Earth that its development might be compromised (eg by the Anunnaki)?

Q. Are humans in 3D and also third density?

No. Humans are in 3D and also in fifth density.

Q. Will those humans moving to 5D and beyond no longer be incarnating on Earth?

No (humans in 5D will continue to incarnate physically on Earth).

Q. Are the Greys ETs?

Q. Are the Greys humans from the future?

Q. Are the Greys humans from an alternate timeline?

Q. Are the Greys the future of humanity for those souls who choose to remain on the physical path?

They are humanity approximately 1,000 years in the future.

Q. How many years will it take for humans to become Greys?

Q. Were the Greys coming back in time in an attempt to accelerate the timescale for this transformation?

Q. Were the Greys coming back in time in an attempt to advance transhumanism?

This agenda related to an attempt to create advantageous conditions for them in the future.

Q. Was Roswell a hoax?

The Greys came in 1947 via portal(s). They time travelled.

Q. Did Greys initially present themselves as aliens?

Q. Do the Greys become Greys through genetic engineering or augmentation?

No. Through evolution – a change in environmental conditions.

As a caveat to this, it seems evolution can and does take place, but not in a Darwinist sense.

Q. Were the Greys abducting humans as a means to solving reproductive issues?

Q. Were the Greys engaged in human/Grey hybrid programmes?

Q. Have other races evolved/transformed, much as humans will become Greys?

This question was asked with a view to the potential presence of other Greys in the Universe. I don’t think, per se, it rules out other dramatic changes in physiognomy, just not in the manner found with the Greys.

Obviously, there are various takes on the Greys, the most popular – at least, last time I was checked – being that they hail from Zeta Reticuli.

Donald Marshall, who wasn’t privy to everything about the alien narrative, and indeed was deliberately misled in key areas, understood that the Greys amounted to no more than “Hollywood makeup and suits”

René Coudris’ The Roswell Message (1997) documented the author’s wife’s telepathic communication with the spirit of Lilith, one of the aliens involved in the Roswell crash; my recollection of the book was that these Greys professed to be humanity’s ultimate form, but it seems they claimed origins elsewhere in the universe. And about a million years in the future (which might be where my association with future humans comes in). And they were the result of genetic experimentation. Earth no longer exists after about AD 3000, per their take.

More explicitly in the mode of a fade to Grey, Gigi Young emphasises the future-humans explanation, but more as a possible future timeline, rather than inevitable. You Can’t Tell the People (2000) offers the most explicit mirroring, however, wherein Georgina Bruni reports the 1994 regression-hypnotised account, via a Sodium Pentothal “boost”, of Jim Penniston’s experience at RAF Bentwaters in summer 1980. We learn those he encountered were “from our future, a dark and polluted world with many difficulties… they are visiting in teams and each team is assigned a different task. Apparently, the teams know exactly which people they are to target when they arrive in our time… some of them are coming here to take sperm and eggs, which are necessary in order to help their species survive. It seems they have a serious problem with reproduction”. 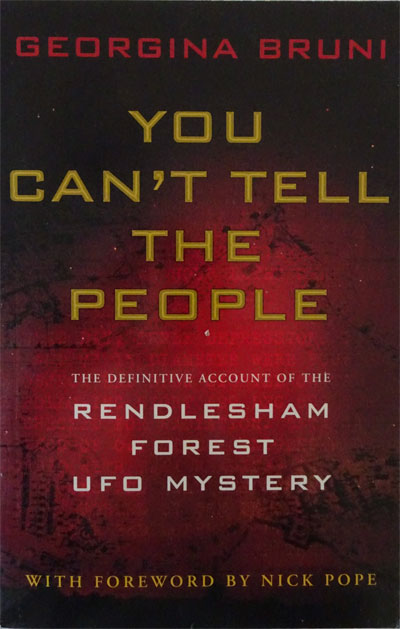 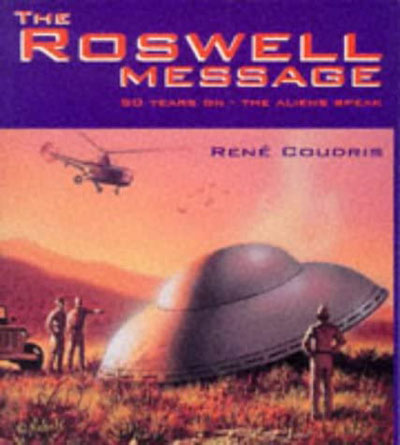 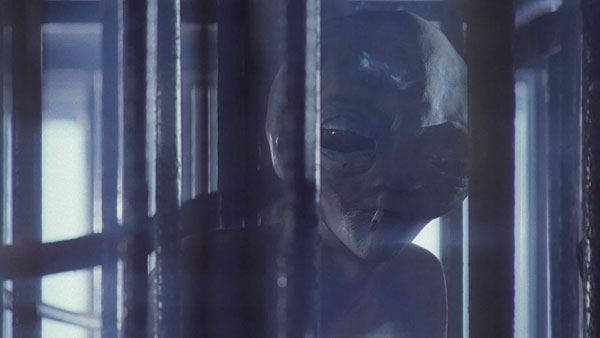