Once we’ve established, beyond all reasonable doubt, that the Earth is not, as popularly defined, a large ball/ spheroid/ otherwise rotund object spinning through space at sufficiently alarming speed to make one not just giddy but also throw up copiously and unceasingly, we’re left asking what precisely it is in which this non-globe Earth is sitting, vacuously or otherwise. The same stuff NASA tells us? An infinite void, in which we’re nothing but mere insignificant pinpricks, the uncherished happenstance of a quirk of so-called evolution? Patently not. The following is merely an appetiser, because there’s inevitably much more, much of it down to locating the pertinent questions in a way that yields further meaningful inquiry down the line. For the background to the Q & A, see the index page.

Q. Is there a physical outer space?

Q. Would the best term for what we call “outer space” be astral?

Q. Can one travel the universe in a spaceship?

No (not through outer space).

Q. Are there physical stars?

Q. Are there portals to other places/realms in the Universe?

Travel to other places in the universe may be facilitated through time travel; through portals; through teleportation; through astral projection. One’s consciousness may travel elsewhere in the Universe without one’s body. An additional means of travel was intimated but unconfirmed.

Q. Are portals natural phenomena (or are they technological)?

Yes (they are a natural phenomenon in the Universe).

Q. Are there other flat planes in the Universe (as per beyond the ice wall)?

Q. Are there humans elsewhere in the Universe?

Q. If one attempted to leave the Earth’s atmosphere in a plane or rocket, would it disintegrate?

Yes (it would disintegrate).

As suggested by answers elsewhere, this would be down to the poor thing finding itself hitting the firmament (the question was posed before the firmament’s properties were confirmed by other answers).

Q. Is the realm beyond the ice wall the centre of the Universe?

To clarify, both Earth and the realm beyond the ice wall are the centre of the Universe. The sense given was that everywhere else is “peripheral”.

Again, this area will be followed up in a future post. 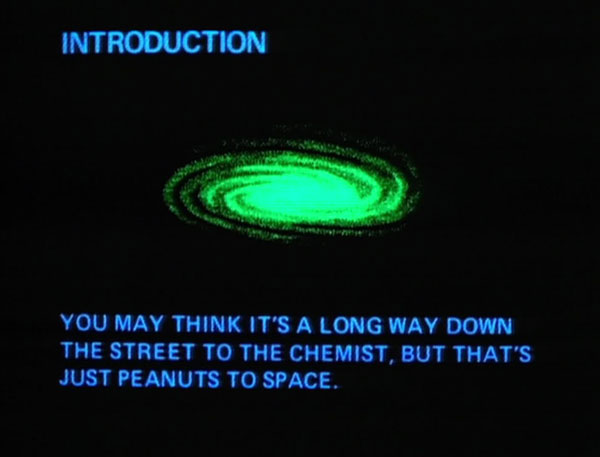