Okay, then. The ice wall. This is the prequel, if you will, to the forthcoming Beyond the Ice Wall. But less House of the Dragon – full admission, I haven’t seen it – than Reign of Fire (and Ice). As with the Earth Part II Q & A, there are inevitably outstanding points that beg further inquiry and clarification, but you should be able to find them in a forthcoming sequel featuring everyone’s favourite non-star Kit Harrington. For the background to the Q & A, see the index page.

Q. Is the Earth bigger than we are officially told?

Q. How many times bigger is the Earth than we are told?

Q. Is the ice wall composed of sky ice?

See The Earth Part II for answers on sky ice.

As per that post, while certain of the ingredients of sky ice are the same as those of the ice wall, they are not all the same. Hence, ice wall ice’s composition differs from sky ice and common-or-garden ice.

Q. Does the ice wall encircle the Earth?

Q. Did the ice wall appear at some point due to disaster or cataclysm?

Q. Is the ice wall a natural barrier separating us from the realm beyond?

Q. Was the Earth once a part of the same realm as the realm beyond the ice wall?

Q. Does the physical realm beyond the ice wall encircle the Earth?

Q. Does anything border the ice wall along those sections where the physical realm does not?

Q. Does what we would call outer space border the ice wall along the sections the physical realm does not?

That might suggest a Dark City-type scenario, whereby one might find oneself drifting off into space, but the question was phrased so as to avoid couching itself in terms of NASA-designated frontiers or environs, only whatever may be found at the point where NASA tells us outer space lies (because NASA lies about what lies there). As addressed in Earth Part II, “outer space” is actually the astral.

Q. Does the physical realm beyond the ice wall have its own firmament?

Q. Could a plane be flown from the Earth to the physical realm beyond the ice wall?

This one threw me rather; the clarification needed is that it could be flown as prescribed, but only via a portal. I know, it seemed like a trick answer to me. Otherwise, any attempt to fly there would leave it kaput.

Q. Is “the Earth” different to “the Earth realm”?

There is no Earth realm. There is Earth.

This is an example of the minefield of defining one’s terms. It would appear that beyond the ice wall may be described as realm, but the Earth ought not. The hows and whys of this beg further consideration. 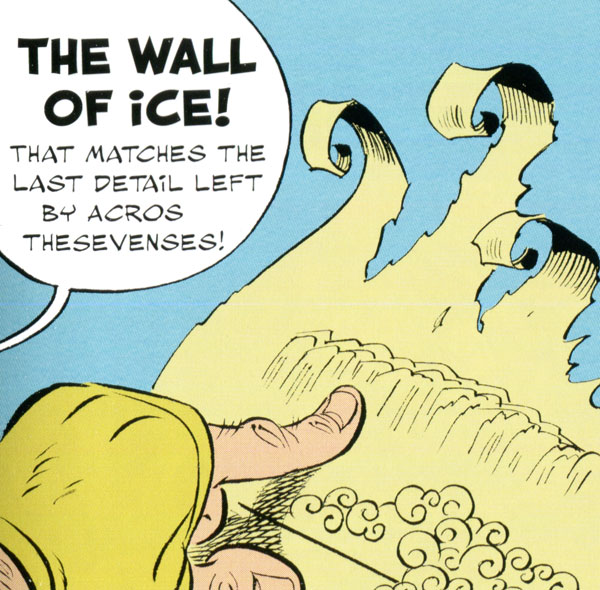