You’re not just a cold-blooded killer. You’re a pop psychologist as well.

I have a vision of William B Davis pestering Chris Carter for a chance to write a teleplay, not unlike CSM in Memoirs of a Cigarette Smoking Man, until finally he relents. And the key ingredient being: show CSM that glimmer of humanity after all. Who knows, deep down, maybe Scully even has the hots for him? How else to explain her being knocked up with his child, as revealed in My Struggle III? By the time the show is over (finally…) CSM’s reach is so absurd that he is not only Mulder’s father (so he says), but also William’s too (so he says). With such unasked-for overkill, there’s one (slender) good reason to see Seasons 8 and 9, pilloried by many, as a breath of fresh air: no CSM (well, until the finale).

Mulder: You saw what you needed to see in order to make you believe. This was the perfectly executed con, Scully.

While it seems, to all reasonable appearances, to have been just one of many retcons, it actually does make a degree of sense that CSM should have impregnated Scully while the latter’s unconscious during their En Amiroad/boat trip; official lore had M&S likely doing the dirty in all things, two episodes later, and while the thought of a nicotine-stained spawn may sully Scully, it isn’t really that much more damaging to the show’s credibility than giving the shippers their dream come true (perhaps, when they are both seventy, it will be revealed her actual Mulder baby is the product of Cyber-CSM’s loins. There’s no keeping a bad CSM down).

En Ami itself? It’s kind of okay. It’s Davis doing character self-service the way Anderson would in all things(Duchovny, in contrast, could at least be relied upon to offer something a little more off-the-wall for his solo-penned efforts). Do I buy that she’d go on a road trip with him, offered the carrot of a medicinal holy grail? I’d hope, as the logician of the duo, she’d know full well it was a poisoned chalice and have none of it. But contrivance is the name of the game with such plotlines.

Obviously, it’s a trap of some description, and to be fair to Davis, the mechanics of it, although a little on the labyrinthine side – a DOD contact named Cobra had been in communication with a fake email Scully in order to provide this information, so CSM is effectively using her to plug the leak; one wonders, had Cobra tried to contact the actual Scully prior to this, how would it have panned out, but you’re not supposed to dwell on such matters – although it’s all in support of Davis’ ruthless-yet-not-arbitrarily-so approach to his character (he kills Cobra’s assassin before he has a chance to kill Scully). If we’re really looking for such nuggets in CSM, we already have them – the scene with Cassandra in One Son – so this is simply underlining to superfluously indulgent effect.

Mulder: (to the Gunmen) It’s the masters of disguise.

How much of what CSM says is true is debatable. Do we even know the DoD guy’s info is what we think it is (I guess so, if the Gunmen et al intercepted the emails)? Some of the spots of subterfuge – the 118-year-old woman – are quite original, but the noncommittal response to CSM’s own debilitated condition is notable. Answering the question of why he doesn’t use it himself – or break out a medbed – he says “Theoretically I can be cured” but what’s preventing it is left unstated. Perhaps, given what he’s done to his genetics, the chip would need reprogramming, or some such.

Cameron McPeck: It’s God himself who gave you this illness, Jason, for reasons that are His. If you’re to be well in body and spirit, It’s God who must deliver you.

The episode opens with some loaded moral contrivance, as a kid whose parents (Christian Scientists?) have elected not to have him treated, in the face of public protests, inform their son his cure is up to God. Jason’s between a Rock and a hard place there, as the show would – presumably, given God-fearing Scully favours it – endorse him undergoing the deadly Rockefeller route for cancer care. However, it has to be recognised that Jason’s parents are less than proactive when looking to the alternative health route. And for all that the show pays lip service to Scully’s religion and wispy-waspy starlight taking away Mulder’s sister, it’s going to tell you that good old technology is going to cure your cancer, and that alone, so let’s not get carried away.

Mulder: He’d let nothing stand in his way.
Scully: You may be right… but for a moment, I saw something else in him.

Indeed, one might suggest, given the nuke lie, that when CSM spins his yarn about the scientist (“He is to human genetic science as Oppenheimer and Fermi were to the advent of nuclear warfare”), it ought to have been a warning (it’s make believe!) The same kind of make-believe as the fanciful idea of finding a kernel of humanity within CSM; there’s a good reason actors shouldn’t captain the ship, as they’ll likely run it aground through keeping their eye on their navel, rather than the horizon. En Ami doesn’t quite do that, but it’s indulgence of the first order. 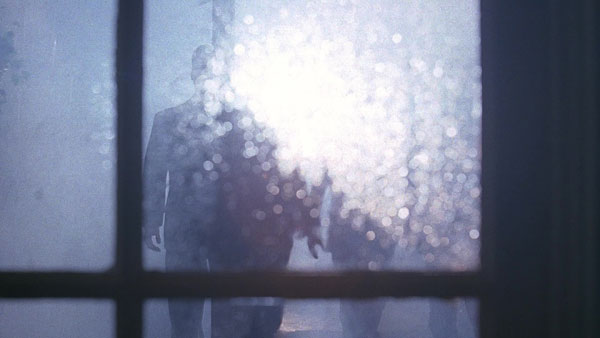 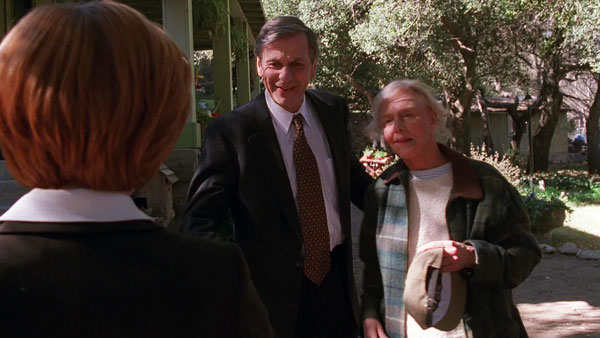 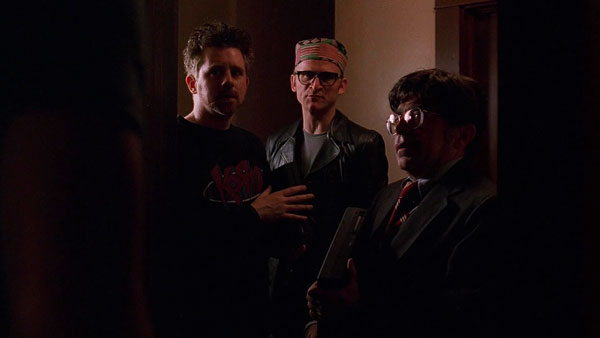 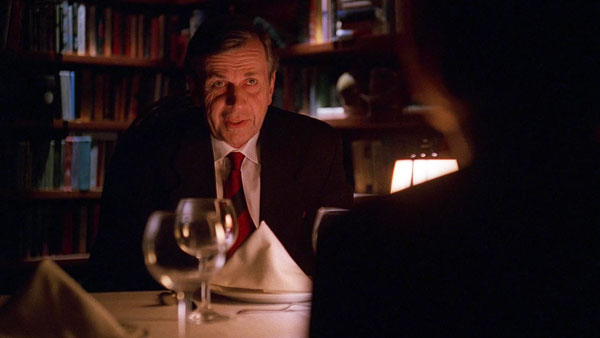 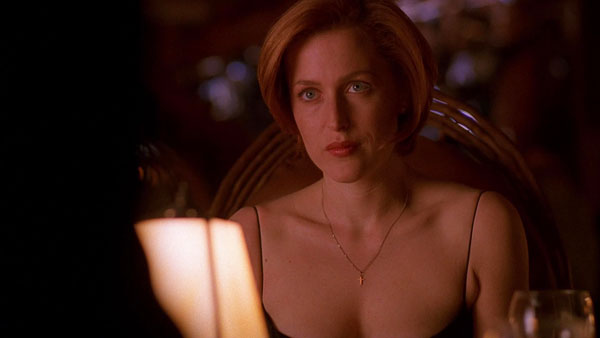 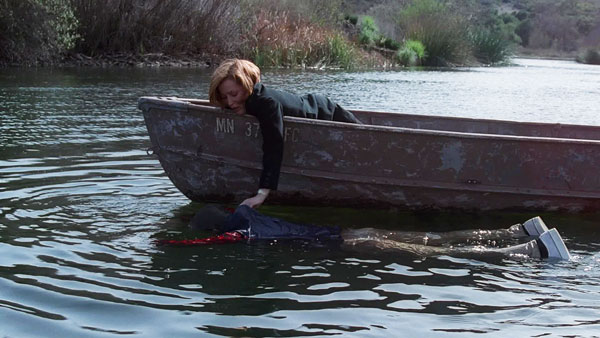