When was the last time you picked your feet?

As a piece of filmmaking, repeat visits fail to dent The French Connection’s standing in the least. It remains a vital, verité feast, pared to the bone for maximum tension and impact. It does, however, take a slight knock for what can only be read as the remorseless cynicism of its director. William Friedkin’s a cold fish, and his appropriation of the stylistic trappings of Z – and one of its actors – is both a kick in the crime genre’s pants and evidence that, like his protagonist Popeye Doyle, he’s willing to do whatever it takes to win, even if that means incorporating devices and tropes that would make the more openly heightened and flagrant Hollywood cop flick of the year, Dirty Harry, blush.

To that extent, while The French Connection is more of a revelation, I don’t think it holds up quite as well. Friedkin will – ironically – throw everything out of the verisimilitudinous window if it suits his overall conception of the picture’s “realism”. Dirty Harry knows its big, broad and posturing, and has no pretensions to critical plaudits. In that sense, The French Connection shares common ground with one of the year’s fellow Best Picture nominees, A Clockwork Orange: a tendency to artistic overstatement. “This is a realistic movie based on a real case!” Friedkin is screaming at you, “Except when I decide it isn’t. But I’ll still be presenting it as a realistic movie when it isn’t”. As Pauline Kael said “it’s amazing how much implausibility speed and brutality can conceal”.

Kael’s review saw her on to Friedkin from the off – she’d decimate The Exorcist a few years later, and she summed up with “This picture says Popeye is a brutal son of a bitch who gets the dirty job done. So is the picture”. Especially interesting is how acutely she recognised the kind of conditioning Friedkin – who has intimated at having been MKUltra’d, whether or not he actually was – would imbue cinema with to even greater effect in The Exorcist. His influence should not be underestimated. He was, essentially, at the vanguard of New Hollywood techniques, one of those presiding over the great cultural comedown, post-decimation of the hippy dream (which was, in any case, just as its architects prescribed).

Kael’s review is thus striking for how it sets the tone for the director’s subsequent forays, and also for the mood of an era. Beginning with a kind of tone poem to the dubious merits of NY, she refers to it as “Horror City” and how movies set there are “a permanent record of the city in breakdown”. But you read her words, and they portray a social-conditioning experiment in miniature writ large, filtering into cinema and from thence to audiences generally. It has “given movies a new spirt of nervous, anxious hopelessness…” and further, it is poised to spread its malaise to others. Friedkin surely read Kael’s review, so was his next project a coincidence, given her assessment that “Horror is very popular in Horror City… The critics were turned off by the madness of The Devils; the audiences were turned on by it”. Horror was now unleashed, but its effects and imprimaturs were being employed across genres, hence Spielberg and Jaws and blockbuster cinema to come.

While she admitted to The French Connection as “an extraordinarily well-made new thriller”, Kael objected to its fundamental bearing, its superficiality in being maximum impact at the expense of content, whereby “most of its effects are of the Psycho-derived blast-in-the-face variety” (referring to the opening shock murder). While Friedkin, working with a screenplay from an outright mind-meddler, would be more explicit with The Exorcist, he’s honing techniques here, fully alert to how they influence an audience.

She refers to the “sheer pounding abrasiveness of its means” and the use of sound, the tense sound of NY to “produce the kind of painful tension that is usually described as almost unbearable suspense” (witness the sound design in The Exorcist too). But while Kael claims “you don’t have to be an artist or be original or ingenious work on the raw nerves of the audience this way”, one has to ask – if there is no explicit nefariousness at work – how this non-artist non-genius just happened upon such devices “innocently”. Friedkin has his explanations for each and every antecedent that brought him to The French Connection, but the fact remains that his innovations for “the cinema du zap” were at the fore of changing the mainstream landscape.

When Kael objects to the movie with “It’s not what I want not because it fails (it doesn’t fail) but because of what it is. It is, I think, what we once feared mass entertainment might become: jolts for jocks” she’s describing how cinema would be irreversibly changing, such that while she endorsed Z, her uneasiness in that review were borne out (again, almost as if Friedkin were taking notes). There it was used to show how a Fascist conspiracy works, but here, it amounted to “ends in themselves”: “Here you love the brutality”.

She also points to the shift in hero-villain dynamics, but that was clearly changing before this, going back at least to Clint’s Man with No Name. Here, it’s made respectable, though. The French Connection’s veneer is authenticity, so Poeye’s antihero qualities are by implication authentic.  She is right though, that he takes it further, that Friedkin “turns old clichés into new clichés by depriving the central figure of any attractive qualities”. Per the poster line “Doyle is bad news – but a good cop” and per Kael “this is the kind of man it takes to get the job done. It’s the vicious bastard who gets results”.

You could say that of Harry Callaghan, but he’s played by Clint, a brand unto himself. One can, though, infer the sense of express modelling here, the kind the Elites wish fed into a moralistic blender: “There are no good guys in this harsh new variant of cops-and-robbers” and “right-wing, left-wing, take-your-choice cynicism is total commercial opportunism passing itself off as an Existential view”. That is, essentially, the conditioning Friedkin and his godless humanism would programme into a generation exhausted by a shattered dream. Where better to do it than NY, locus of degraded materialism (a locus set to rise phoenix like, with newly embraced materialism, as the ’80s progressed).

There’s no doubting that, when Kael opines “you can feel the raw, primitive response in the theatre”, one can trace the line through to genre descendants. Paul Verhoeven was influenced by The French Connection, and his street-cop movie Robocop is of the same crime-riddled ilk (albeit, there, the good-bad divide has been reninstated. The only question is, is it too late, when the good is a transhumanist nightmare unveiled?) I’ll readily admit to being pliable to such manipulation – it’s why action cinema, when done well, is one of the most alluring genres. I’ve never nursed any illusions about The French Connection’s maker, though. What does it say about Friedkin, one of the seediest of A-list directors (“for years I would just see hookers” is a sample admission), that he watches Z and then decides to cast its most outré performance – Marcel Bozzulffi’s gay paedo assassin – here, as Pierre “Frog Two” Nicoli (Friedkin had just made The Boys in the Band, so perhaps he thought he had enough credit banked with the community)?

Time Out’s Geoff Andrew was another of the limited ranks of critical dissenters. He called out its “undeserved acclaim” and the way the director’s “nervy, noisy, undisciplined pseudo-realism sits uneasily with his suspense-motivated shock editing”. There’s no doubt this is where the picture starts to grind metal in a retrospective sense. If you presented a line-up of the OTT elements here, ones that have no business being in an ostensibly realistic movie, as opposed to one starring Clint, you’d be forgiven for assuming you’d got the wrong ridiculously posturing Dirty Harry.

The subway pursuit is the picture at its most restrained (even that, great as it is, is very goofy), but then you get a sniper deciding to take pot shots at Popeye and succeeding in gunning down a mother with a pram. Follow this with a mad pelt subway train/car chase, and then shooting a suspect in the back (Friedkin overruled his advisors for the sake of – you guessed it – shock effects). The searching of the car for drugs is frankly absurd, as it’s only after they given up that the guy suggests they look in the rocker panels, by appearance probably the most obvious place you’d chose to stash some very hard drugs. And then, there’s the “You shot Muldrig!” “shock” ending (Eddie Egan hated the real FBI agent so didn’t object). It isn’t the sort of moment to include in a realistic movie; it’s the sort of hyped-up incident used to show the deed has no effect on Doyle, perversely (it’s a device from a genre exploitationer). Shock tactics.

So I can’t disagree with those who have found fault in the film, but I can attest that it remains as compelling a piece of moviemaking as ever. Friedkin, who volunteered he was making “an impression of that case”, knows, or knew, what he’s doing. Not so much with his approved remastering of the 2009 Blu-ray (I managed to buy it before I’d read the bad news). Cinematographer Owen Roizman was pronouncedly narked by Friedkin’s “atrocious” new colour timing.

The picture won Hackman an Oscar of course, the combination of antihero – Friedkin claimed he played up Popeye’s duality so as to offset the threat of it becoming a Naked City episode – and non-standard leading man being exactly the recipe New Hollywood was looking for. Gene as the original bad Santa. Anthony Holden noted his “gracious acceptance speech” contrasted with George C Scott the year before and Brando the year after, while his salary, which had risen to six figures post Bonnie and Clyde’s Oscar nod, now went from $200k to $500k per movie.

Friedkin was youngest director to win at the time (and managed to clobber Bogdanovich with his statuette). The Best Picture award – it won five out of eight nominations, with Fiddler and the Roof’s three wins the nearest but also still quite far away – found it vying with an increasing portion of new blood, or old hands who grasped the new freedom’s opportunities (Bogdanovich and Kubrick respectively). It’s said some of the presenters – Streisand – refused to present the big prize in case it was A Clockwork Orange. The trad fare was still there (Nicholas and Alexandra) but even the musical had a decidedly downbeat vibe to it. If Dirty Harry set the tone for Dirty Harry sequels – and later for ’80s action-movie hard men – The French Connection informed the cop vibe going forward. Arguably, the dodgy cop was the more honest take, although not everyone would revel in it with quite Friedkin’s unrepentant glee. 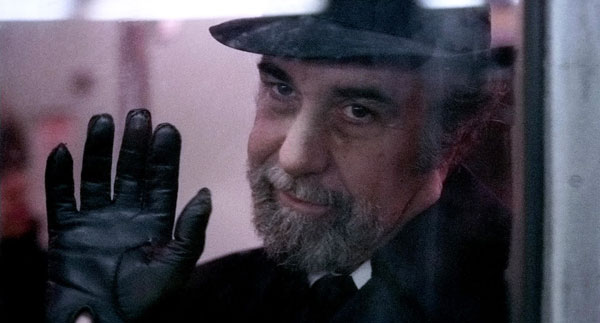