To possess it is to possess the answer to all things.

A season that has been light on the myth arc, mainly because it’s only had leftover scraps to work with, goes right back to the start of Season 1 and stirs up a sometimes-tasty broth that nevertheless has some nasty stringy bits in there too. Mulder gets abducted – at last! – and he and Scully get it on – at… oh, really? – while Carter rolls out all the surviving faces for a group line-up not-quite hug. Can you imagine how grateful we’d be, had Krycek the courage of his convictions and didn’t just push CSM down a flight of stairs, but also put a bullet in his head to make sure, so preventing any pesky retcons lazy Chris could then come up with (but there’s always cloning, right?)

Scully: Oh, Mulder, how many times have they tried to shut us down?
Mulder: Yeah, but I never actually assaulted an auditor before.

The best conceit of the episode turns out to be a risky one – as the prospective series finale/season finale/cliffhanger summation to whatever happens next – since going back to where it all began isn’t the most original choice in the nostalgic book. As it happens, revisiting old faces turns out to be fertile ground, as there are several strong performances among the residents of Bellefleur, Oregon, most notably Zachary Ansley as the now deputy sheriff Billy Miles and Sarah Koskoff as Teresa Nemman/Hoese. It’s true that the “body snatchers among us” plot is nothing especially remarkable, and with so much mythology going on, it doesn’t really get time to unfurl as it might, but there are frequent and effective scenes here, between doubtful Billy and doppelganger dad (Leon Russom), and Teresa and her returning wayward abducted spouse Ray (Darin Cooper): “You’re not my husband!”

The manoeuvring to contrive Mulder’s abduction is perhaps not the most convincing, in the greater scheme of things, but did we really expect it to be? They didn’t want Scully at all; the Alien Bounty Hunter and co only want – presumably – those who show resistance to the coming alien apocalypse, so as to wink them or their immunity out. In that sense, the call back to the season opener’s psychic fritz is quite tailored and apposite, since it makes sense that Mulder, having been the focus then, should also be now (regardless of the inconvenience of Duchovny going walkabout).

On the other hand, Mulder as an anomaly becomes much less persuasive when it seems all the townsfolk – and therefore however many other abductees – were experiencing the same thing as he was. Does that mean they also have immunity? What, via black oil and antidotes? How does all that add up, and how come CSM didn’t even have an inkling? As ever, you have to go with the flow.

So too with CSM’s motivation here. Even pushing him down a flight of stairs – if ever Krycek had a redeeming act, it was this, less so failing to make sure he stayed down – is only going to staunch his flow temporarily. One has to question whether his chance “to rebuild the project” is a sign of that cerebral inflammation we heard about in En Ami, or merely a sign of it on the part of the writer. I mean, do the colonists actually need him? Surely it was all just a contingency anyway? They can colonise without his assistance, and unleash a “viral” apocalypse (likely similar to the one he plans in My Struggle II) without his involvement. Can’t they? Surely the hybrid slave force is just a nice add-on and far from essential (hence said viral apocalypse)?

Marita: If he finds it, then what?
CSM: To possess it is to possess the answer to all things. Every possible imaginable question.
Marita: To God?
CSM: There is no God, Marita. What we call God is only alien – an intelligence much greater than us.

Anyway, such conjecture is very taxing and getting ahead of matters. CSM bizarrely says things like “To possess it is to possess the answer to all things”, which didn’t really do him much good on all the other occasions he’s possessed advance alien tech (who was it who had full access to an Antarctic spaceship?) He also promotes the very transhumanist, Luciferian creed (above), which is just what you’d expect him to do, the only question being whether Carter believes the same thing on behalf of his benefactors (what with his promoting VR and cosmic colonisation, all comfortable aspects of the veil of lies).

Marita’s inclusion in Requiem is rather redundant, so nothing new there, while Skinner actually gets something concrete to do for a change and cannot deny he’s actually seen a UFO. So that’s something. As for Mulder and Scully. Sheesh, it’s excruciatingly embarrassing the way Scully gives the come hither to Mulder (“I’m dizzy” – oh yeah, we’ve heard that one before), in order to contrive this arrangement.

The only positive is that the show is so formally restricted that, even after they’re an item, it makes little substantial difference to the relationship, other than dousing the chance for combativeness. But then, they aren’t together that much from this point on, at least until the reunion, when it’s largely business as usual, give or take Duchovny looking like Matthau and Anderson more vacuum-sealed than ever. Requiem isn’t at all bad though, as a whole, and given how redundant the arc is at this point, even warrants a bit of credit. 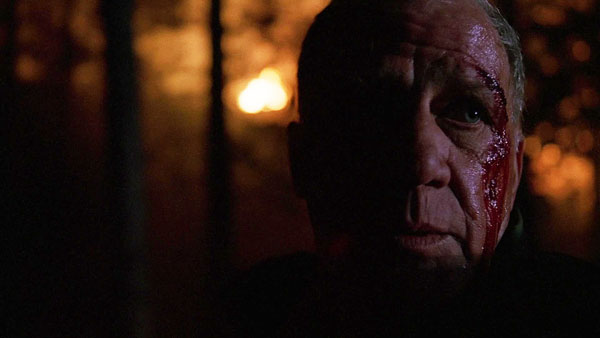 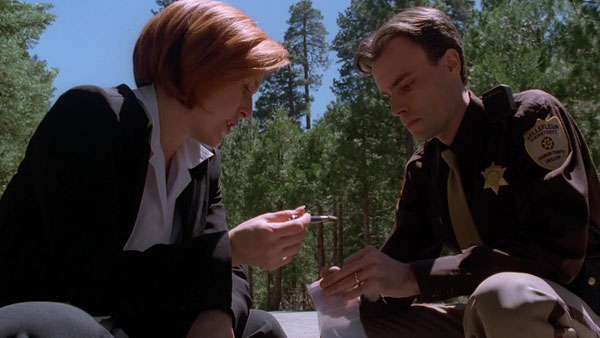 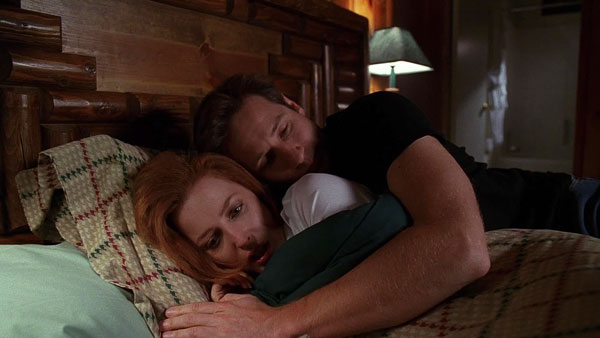 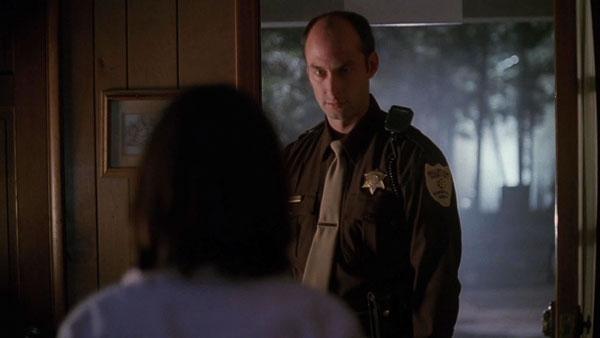 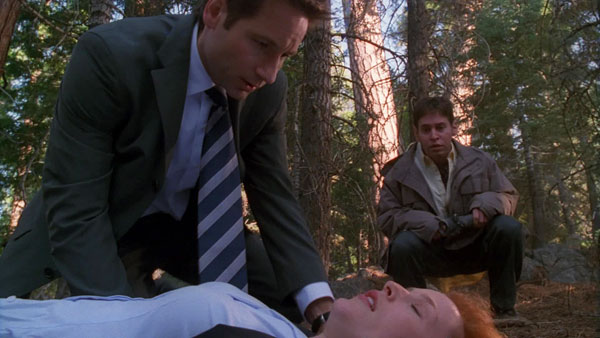 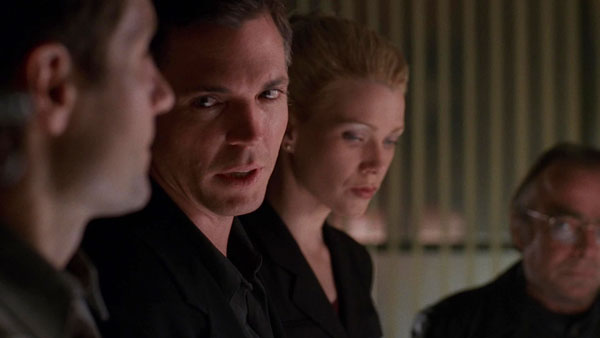 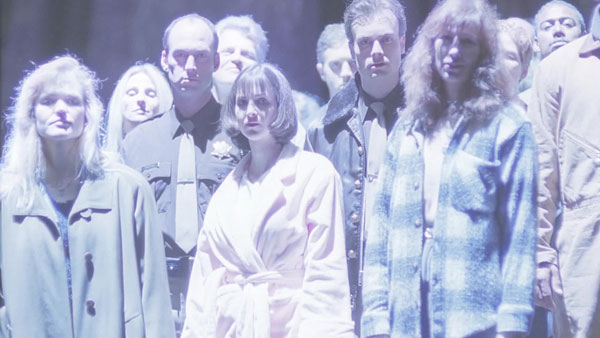 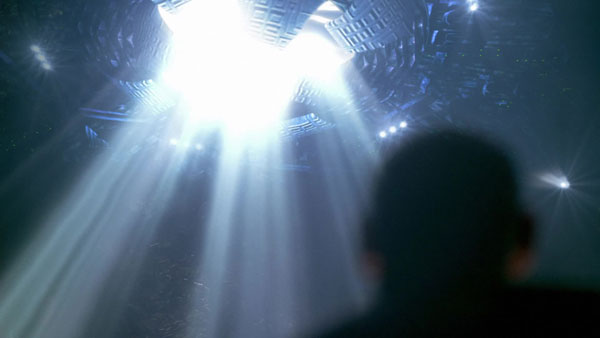 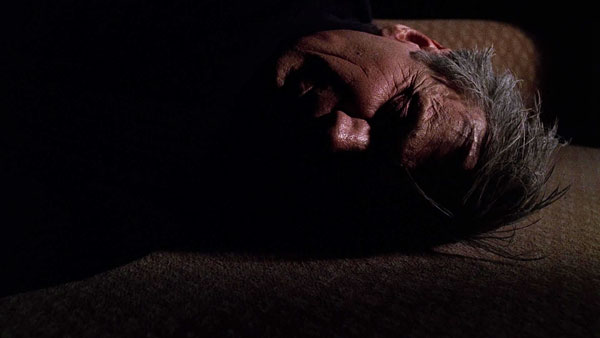