This reads like a piece of pot-boiled science fiction.

Good as Without is – in many respects better even than Within – my strongest takeaway is Doggett’s line to not-Mulder on the cliff top that’ “It’s too damn hot up here to…” Because, yeah, it looks like el scorchio on location, with everyone sweating gallon drums. There’s also a slight sense of “Death to Bill and Ted!” with the choice of location, but that’s all to the good.

Skinner: Your being made a pawn in a rigged game.

This one is even slimmer on plot than its predecessor, but it’s contrastingly swifter, very much a chase/pursuit narrative, and one that succeeds in focussing on the hurdles confronting Doggett if he’s to do his job. As Scully tells him, and he rapidly comes to realise, he’s been set up to fail, despite or because he’s an FBI straight shooter and someone like to get the director’s job one day; actually assigning him the X-Files is effectively throwing away the key (of which, I might suggest it’s a shame they didn’t bring Patrick back for the reunion seasons, but their standard of plotting suggests he was best off well out of it).

Kersh: This reads like a piece of pot-boiled science fiction.
Doggett: You mean it reads like an X-File.

The strongest material here is between Doggett and Kersh, with James Pickens Jr commendably stepping up to the plate and making the Deputy Director a grade A arsehole; he positively relishes being that arsehole. In response, it’s refreshing to see Doggett’s moderated response. Where Mulder would bitch and whine, Doggett is restrained and measured, and not remotely intimidated. Obviously, John is out of his depth, but his salient promise that he will find Mulder is something he sees as concrete, a light amid the fog of alien nonsense, and ultimately the chink in Scully’s armour that will enable her to accept that he is genuine.

Scully: I’m here to protect you, Gibson. I’m not going to let anything bad happen to you.
Gibson: You said that to me once before.

Of course, she has a lot of rocky ground to traverse along the way, and some of it due to her own remissness. Having found Gibson, hiding out in a shallow underground hideaway, she in due course gathers the means to take him to the hospital. And yet, having promised him (again) she will protect him, she leaves this errand with Skinner while she stands in the middle of a floodlit quarry at night (very nice lighting) yelling out Mulder’s name. It’s thus something of a cheek that she gets all superior-critical of Doggett’s casual assurance that Gibson is guarded and protected (“How do you know that they’re your men?”)

Scully: It may have looked like Mulder, but it wasn’t Mulder.

Shearman drew attention to the very The Thing “Who’s the alien among you?” sequence where doppleScully shows up at the FBI search of the school, and the whole thing is well executed. Except that it rather had me pondering why this kind of thing is only now being used in such way, and further, why they ever have any trouble, anytime, anywhere carrying out their missions (presumably, except when Mulder and Scully get involved, they don’t).

There’s a disorientating starkness about Within/Without that’s to the show’s favour. The overpowering brightness and humidity is all to the good of stressing an unforgiving new take. Indeed, rather than Gibson (per Shearman), I’d suggest my main bone of contention with these two is the preference for continually cutting back to Mulder on a table in iron underpants, his face stretched to billy-o. It’s over-goosing the arrangement, and providing too much of a sop that yes don’t worry, he’s still there, folks. Carter should have made them sweat a little, like the rest of the cast here. 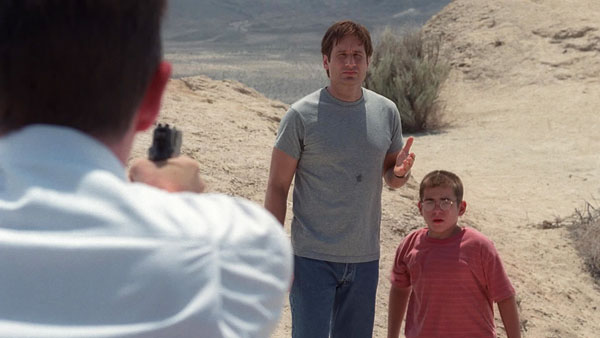 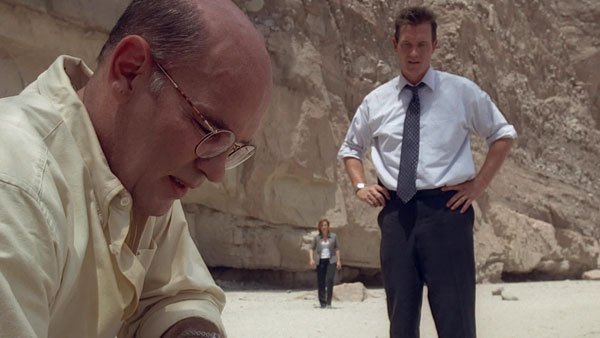 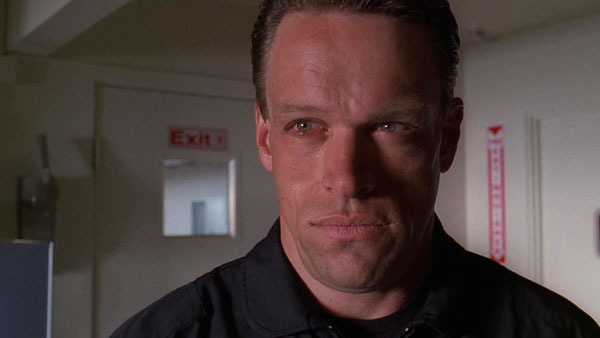 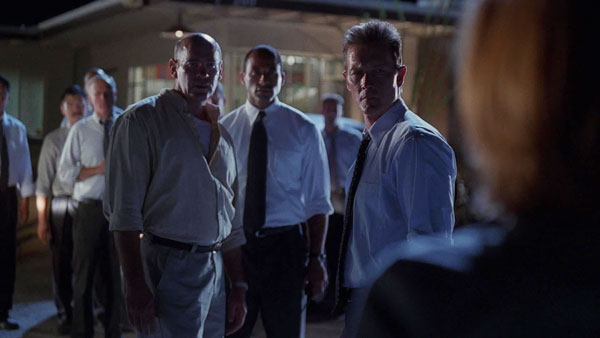 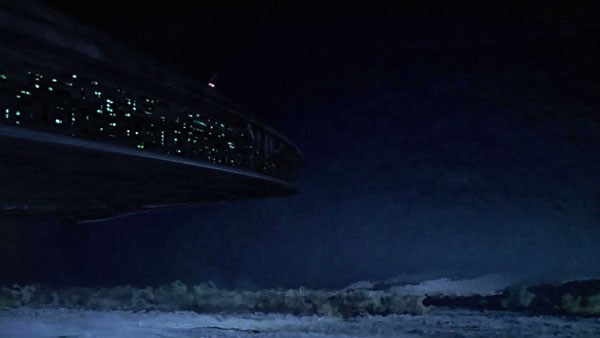 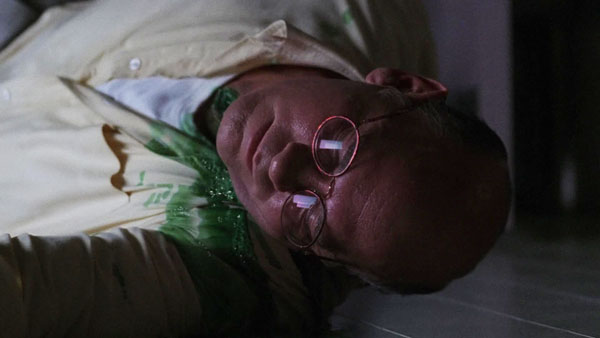