This isn’t Mulder going round and collecting stuff. It’s them.

The forced reconfiguring of the show in David Duchovny’s “absence” produces perhaps surprising dividends. One might argue we’ve had this before – on a limited scale in terms the actor’s availability, but with significant ramifications in terms of the plot arc – with Gillian Anderson’s Season 2 pregnancy. Here, the decisions made are possible only through knowing Mulder will be back. Indeed, Duchovny’s actually here in the opening episode(s), via dreams/visions/cutaway and the old doppelganger ploy, but the real meat is how it affects the remaining characters and the way they treat a case.

Doggett: I knew Mulder, back a bit.

The case being Mulder himself. Rob Shearman addressed this in a detailed and persuasive essay(s) in wanting to believe that, for once, I tend to agree with wholeheartedly (indeed, about my only qualm is that I’m not quite as effusive about Without). Carter et al – and Kim Manners deserves particular credit in these two, thrusting us into the unforgiving glare and swelter of the California desert – manage to make the show at once the same but persuasively different, It’s announced to us from the opening credits onward, with Mulder tumbling into an eye (except, strictly speaking, it’s actually an alien bounty hunter tumbling into an eye).

Kersh: Anything leaves this building about aliens or alien abductions or any other nonsense that might cast the Bureau in a ridiculous light – hey, you can forget about looking for Agent Mulder. You’ll both be looking for new jobs.

I’m a little reticent that Carter shows his hand so early, because all these cameos from the first aren’t really withholding the way they should (if you have the prize of an Easter egg, it’s far less exciting if you keep giving away mini ones first), And as Shearman notes, the storyline itself is rather packed with – the increasingly sparse – fodder of the conspiracy arc in order to ensure some familiar glue as a touchstone in what is going on: bring in the Lone Gunmen, who offer the carrot of following high UFO activity to track Mulder… That one is so tenuous (they’re on their way to the next abduction site, like it’s the Number Thirteen bus), it shouldn’t need expanding upon. The idea that the opportunity would be used to pose as Mulder to get things done – removing all the evidence before it becomes proof – isn’t such a bad one, except… unless the aliens are very, very dim, doing this as the very person the FBI is using its full resources to find is asking for trouble. Why not knock up a fake ID and have an alien pose as Scully looking for Mulder?

As for Gibson Praise, as Shearman rather gracelessly notes, the character is much less impactful as teenage doughboy than preternatural innocent (Lucas Black’s career all over there, albeit in his case, it’s teenage yokel). The whys of the bounty hunter pursuing him are also elusive. Did Mulder, on the ship, his mind possibly probed, know where Gibson was, so allowed the aliens to pursue him? Possibly, but the Mulder disguise is obviously a lame one if you’re after someone who can psychically spot who you really are instantly. I’m also less than keen on the standard retcon devices that bear no relation to anything we saw hitherto (Mulder was dying throughout Season 7, don’t you know). But anything goes in that department after Closure, clearly.

Besides this, though, the actual interactive dynamics of the episode come up decidedly trumps. The swap-in of sceptic and believer in the last two seasons, where Scully assumes Mulder’s mantle after being infuriatingly noncommittal for so long, can become irksome at times, but here, forced to recognise the undeniable while having to contend with someone more obstinate and literal-minded than even she could be, is an approach that pays dividends.

Doggett: I just came by to feed the fish.

And Robert Patrick, in a role that could smack of the corn-fed hick, brings an intelligence to the part that belies his status as yet another unbeliever; indeed, Carter will allow him a relative fast lane, not to belief, but accepting that he doesn’t have the answers (even if he’s determined they are ones he can countenance). The scene where he tries to feel Scully out about Mulder, identity unannounced, is a good way in to making him appear untrustworthy. The episode continues with this, pursuing a thread where Scully and Skinner are the good guys trying to work around the disruptive-at-best manhunt while Doggett is apparently blundering onwards at Kersh’s behest, and it plays very well. And he’s direct too, putting Scully on the spot about what she thinks in a manner that’s refreshing.

Also a note for Skinner in these episodes. They should have contrived to give him a proactive role long before this, because it finally gives Mitch Pileggi the chance to be more than a stoic grouch. Well aware “They can hang me with a lie too”, he responds to the truth in a manner Scully never could in all those previous seasons (“I watched it happen”) and deserves full credit for that. 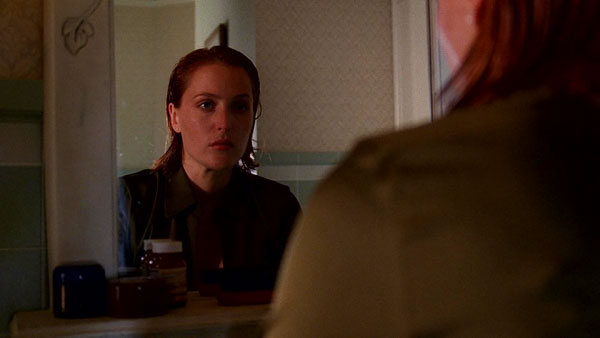 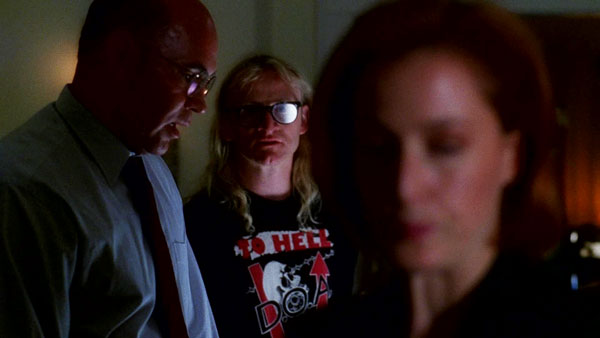 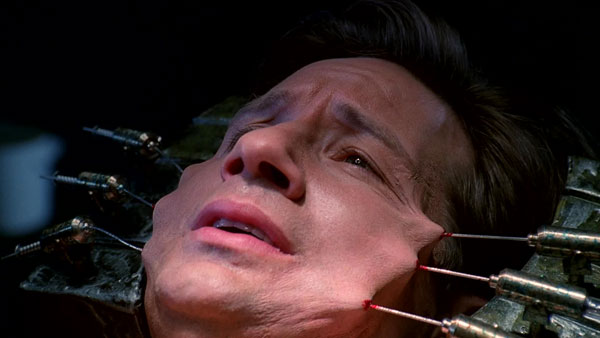 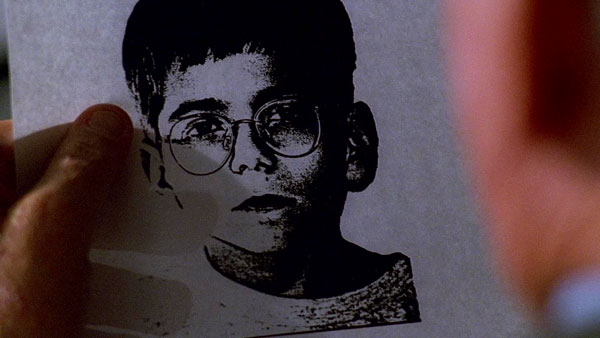 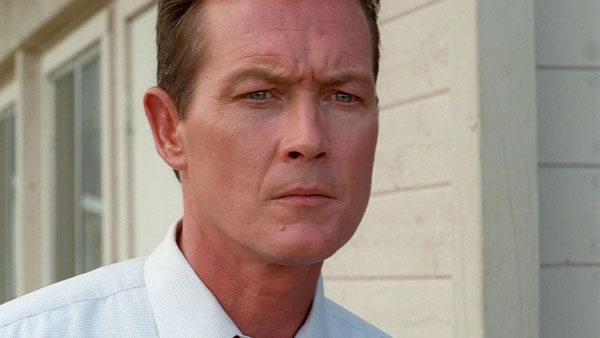 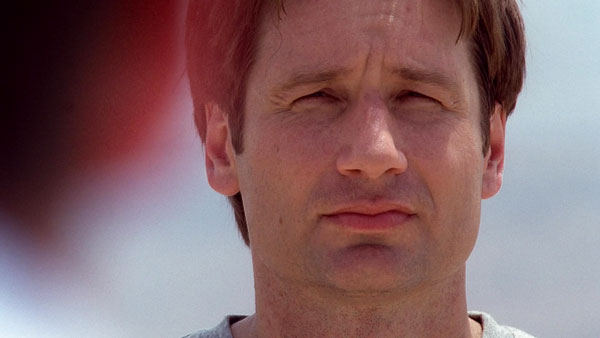