Oh yay, a séance. I haven’t done that since high school.

It’s very good citizen-ly of Amber to direct our agents to a site that had nothing to do with her. Indeed, presumably Kathy’s son wasn’t there either, so these walk-ins must have quite a long-standing (albeit, evidently unsuccessful for decades) agenda to get the truth out. Are they doing this with child abductions everywhere? By the Elite, underground? Or just on behalf of the CIA-engineered serial-killer racket? It bears repeating that they only appeared to see fit to rescue (if you want to call it that) Samantha from the clutches of evil, and presumably left all the other experiments on April Base to suffer horribly.

Indeed, one wonders at Carter and Spotnitz’s apparently queasy sop to those who have lost kids horribly. Don’t you worry now, just imagine they’re eternal children in an afterlife that would only appeal to Steven Spielberg. Wouldn’t they be moving on? Reincarnating? Doing something a little more in keeping with the general idea of walk-ins? Hush now, Chris is on a roll, he’s about to pipe in some Moby and before you know it, Fox will be assaulted by dozens of ethereal tykes laughing and playing and whooping it up. Ah, isn’t it so very, very heart-warming?

Well, no. Not really. During this episode, Mulder darts all over the place, at one point insisting Samantha’s still alive after he learns CSM says she isn’t (the latter’s looking sick BTW, but don’t worry, Carter will never kill him off). One (also slightly queasily) wonders if Mulder’s false-memory hypnotic state is Carter et al giving two thumbs up to false-memory syndrome, which would be an extremely objectionable and underhand act, and not at all beyond The X-Files’ predictive programming yen, given all the other lies they underline while announcing the quest for truth.

The best part of this episode – not a lot of competition, admittedly – is Dr Chiltern himself, Anthony Heald, as psychic abductee parent Harold Piller, who inveigles himself into Mulder’s emotional state, much to Scully’s scorn (“Oh yay, a séance”). Yet he actually proves himself right on everything, barring the rather schematic ending where he refuses to believe his son is dead (Mulder gets closure, but Harold doesn’t, you see). Still, this is a fine performance, and one that even manages to paper over – well, almost – some of the more stunningly daft inventions (the discover of Samantha’s helpful diary is Anne Frank-like in its profound convenience).

I liked the decision to have the revelation from – Fox-owned –  Planet of the Apes showing on Mulder’s TV when Harold calls round. If only the revelation here had an nth of the impact or resonance. Alas, it’s so ethereal and weightless, the fate of Mulder’s sister floats away on starlight.

All this means the Ed Truelove case – 24 victims, killing since he was nineteen – is dismissed with morbid flagrance by Carter, because he wants to get us on to the ultimately affirmatory stuff. Which is, frankly, the show at its very worst, most redundant, superficial and devoid of inspiration. To be clear, I’m not complaining Samantha is dead, but that the explanation for her being dead is absolute guff, and it is designed to discard to the haphazard mythology arc in its wake. After this, the last of the main arc bled dry – beyond, obviously CSM – anything else comes as a relief, so bring on those super soldiers. Oh wait, you mean we have to go all the way back to the beginning again first? Sheesh… 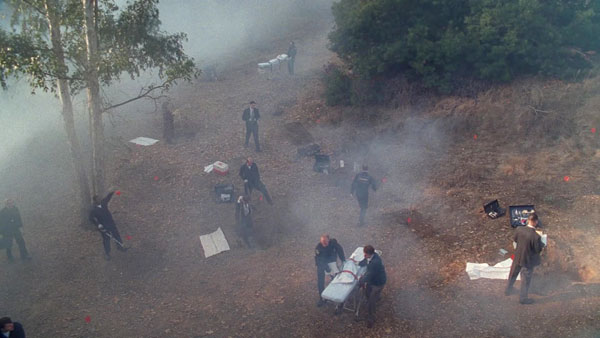 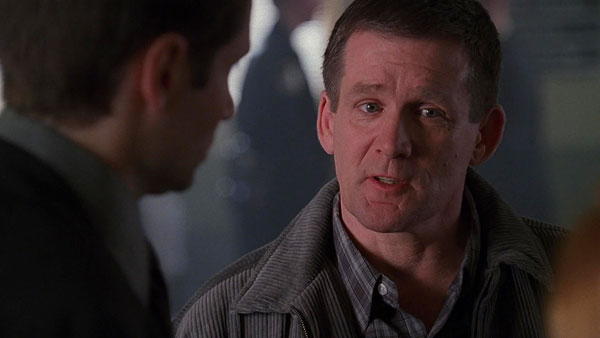 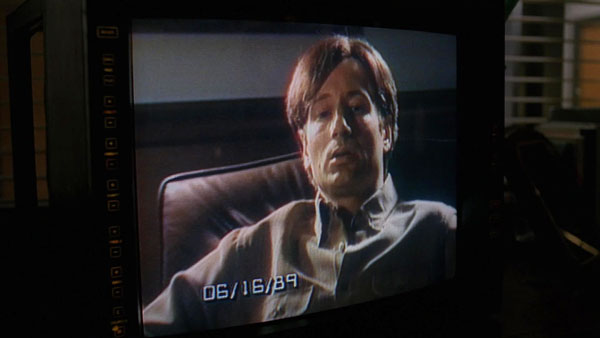 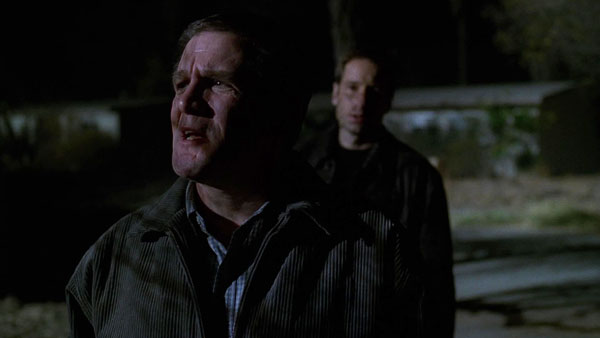 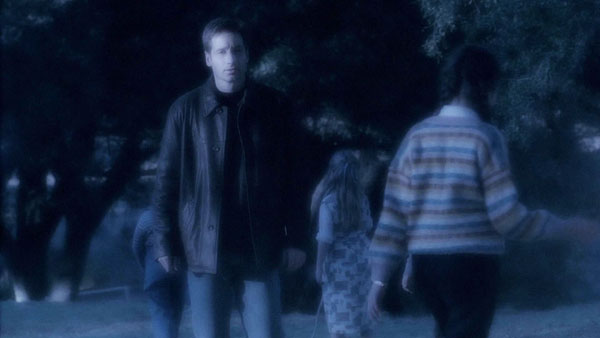 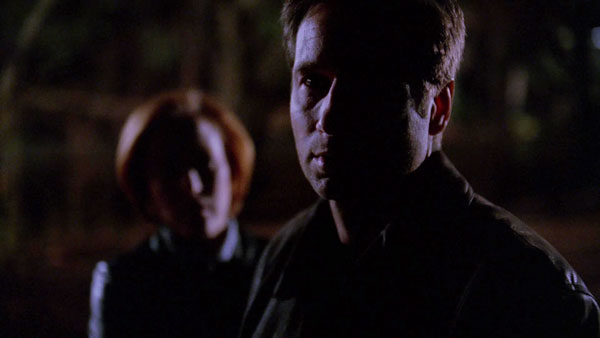