It’s in you. You’re already dead.

The X-Files does D.O.A., but let’s Skinner off the hook, for now… Oh wait, they never did entirely resolve his dormant nano load, did they? He’s being persecuted by Krycek, the latter sporting a bad wig and beard and never one to stay absent for long (he last showed up in The End). It’s the kind of reappearance that fails to justify itself, rather akin to the way Anthony Ainley would randomly appear in ’80s Doctor Who, regardless of how germane his presence was.

John Shiban has a confounded cheek calling D.O.A. (both versions) “pretty bad movies”, as they’re superior (both versions) to his cheap rip off. At least they didn’t chicken out at the end. There are numerous problems with S.R. 819’s riff, not least that Skinner is largely immobilised for the duration, so robbing him off the agency his teetering on the brink while seeking answers would provide. Which is surely the whole point of ripping it off. Still there are some decent scenes, such as Scully stopping the attending physicians before they saw one of Skinner’s arms off, but this is largely functional fare, rather than justifying its homaging.

Senator Matheson: The bill you’ve referred to will provide money and supplies to the World Health Organization, medical technology to third world countries. I have aided you in the past with information, Fox, and advice, which right now is to leave here at once and never again suggest to anyone my involvement in any such dark intrigue. Am I understood?

And yet, as conspiracy plotline kernels go, it’s got the goods. It turns out the title refers to a Senate bill. One Skinner was due to provide a security check on, for “violation of trade laws involving sensitive technology”. Dr Orgel (John Towey) was coming to tell the Skin Man “there was a gross violation of export laws involving new technology”. Whether Senator Matheson was telling the truth about the WHO’s involvement – or whether it really was going to them – it puts them in the same boat as the use of this new tech. The WHO, as we all know, are by definition an insidious and intrinsically corrupt bunch of globalists. Beware!

Mulder: Tell me what you know, Senator. This is about S.R. 819 isn’t it? What the hell did they put in Skinner?
Senator Matheson: I’m sure you already have some idea, Fox.
Mulder: It’s the same technology that S.R. 819 will export.
Senator Matheson: Technology that the world believes is purely theoretical.
Mulder: Nanotechnology. Microscopic, atom-sized machines? Machines can be stopped.

Where S.R. 819 takes us, though, is a bit of a soggy squib. Once Skinner has been reprieved by Krycek, Mulder provides an update (“S.R. 819 was withdrawn by committee late last night. Without explanation”). Mulder seems doubtful Krycek – he doesn’t know it was Krycek, apparently unable to make him out from his cunning beard disguise – was trying to ensure the bill went through. And it does, on the face of it, seem to be a bit of a red herring; possibly, he just wants Skinner as his puppet. Shiban, whose every choice on this seems a bit hacky, wanted to return Skinner to his compromised state, little realising how stale such choices already were, and how they completely fail to compensate for the absence of a strong character backbone.

This was Daniel Sackheim’s last of five episodes for the show; I have to say, I found him a bit variable, prone to utilising annoying camera effects. I’m not that keen on Snow’s incidentals in S.R. 819 either. A well-performed episode that fails to go the extra distance in plot or character. 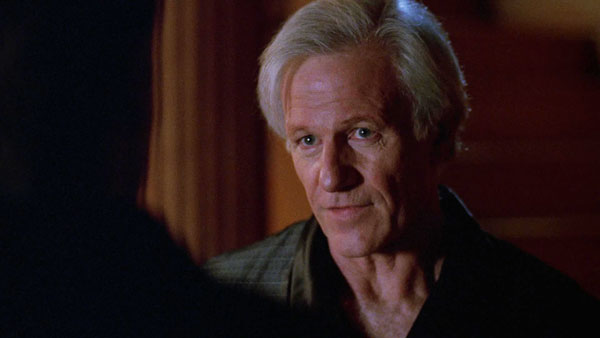 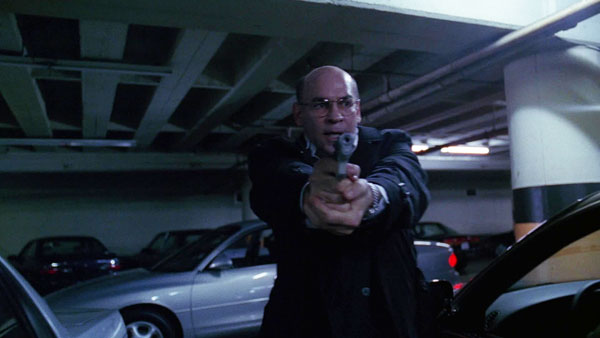 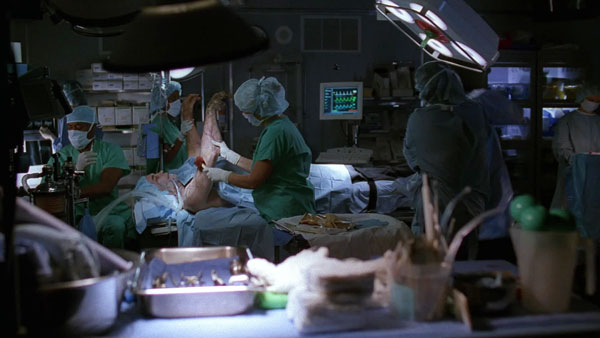 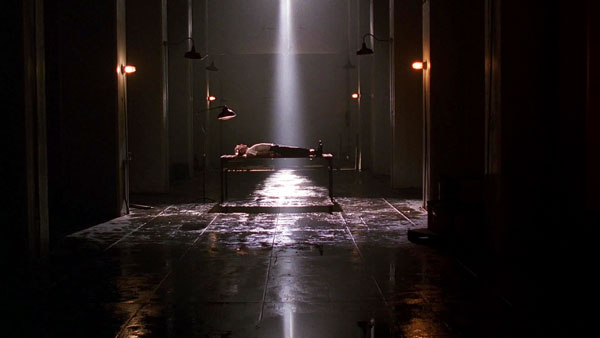 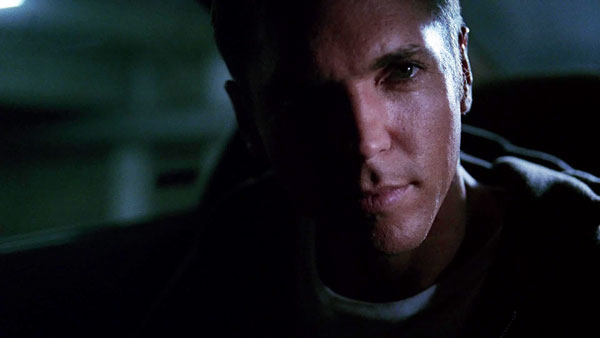