If you stop movin’, you die?

The irony here is that Drive should overtly invoke a then-recent movie while showing the kind of small-screen chops on the part of Rob Bowman that put his much more recent cinema debut Fight the Future to shame. Drive is one of several Season 6 triumphs, an expertly engineered stand-alone episode that resoundingly refutes the lie the show was out of juice by this point (that charge only really holds for the myth arc, and even then…) It’s also the embryonic beginning of one of the great TV series collaborations, between writer Vince Gilligan and guest star Bryan Cranston.

Mulder: You think the government did this to you?

Crump: Hell, yeah. Who else? You see it all the time on the TV: they’re dropping Agent Orange, they’re putting radiation in little retarded kids’ gonads… Oh, yeah. You sons of bitches sneaking around my woods at night – I seen you. You think I don’t know?

Cranston’s given an interesting role: a bigot who’s right. Well, not about being a bigot, but about the conspiratorial nature of nefarious government activities (his very positioning anticipates Tad O’Malley in Season 10 in some ways, as by necessity of groupthink generalisations, bigot = right wing = conspiracy theorist. Which is why Mulder finds himself in the sticky situation of potentially crossing party lines and has to distance himself, at least at first, from Ted).

This makes for sparkier interplay than one might normally expect, as someone Mulder might find like-minded – give or take the redneck-level appreciation of such matters – is almost entirely at odds due to his anti-Semitic repose. Patrick Crump (Cranston) makes for a curious “case study”, occupying the too-quick or knee-jerk recourse that can enmire the conspiracy theorist if they are no careful, inviting the invalidation of the substance of claims due to confirmation bias (albeit, this equally applies to anyone with political leanings across the spectrum). It highlights the problem encountered when one is no longer willing to interrogate a subject, and assumption, or learned response, becomes bedrock.

Mulder: Well, on behalf of the international Jewish conspiracy, I just need to inform you that we’re… almost out of gas.

Most notable with Drive is that Gilligan has picked a conspiracy subject that is substantively correct, give or take an exploding head. Could you imagine an episode dedicated to the negative effects of 5G antennae during the plandemic (it’s notable too that one of the victims is a meter reader, given the controversy that surrounds the use of smart meters)? It’s a measure of how the landscape has changed that the series could be so relatively “careless” in its associations (or rather, that its associations were deemed less immediately incendiary to a general audience). Crump, the peanut-picking bastard, immediately seizes on Mulder’s name (“What is that, like… like, Jewish?”) and career (“You and the rest of your Jew FBI”) in support of his intolerance, but pointing to US government atrocities (Agent Orange, radiation experiments) is entirely on point and germane to his predicament.

Scully: (on phone) Okay. Mulder, you know what ELF waves are? Extremely low radio transmissions?
Mulder: (on phone) Yeah. It uses an antenna, like, fifty miles long. The military uses it to communicate with the trident submarines, Project Seafarer, Project HAARP.
Scully: Well, Seafarer has an antenna array stretching beneath the edge of Patrick Crump’s property. Now, ELF fields have been shown to… To produce biological effects in human tissue inducing electrical currents, altering chemical reactions.
Mulder: Not to mention that as a potential weapons application it’s been referred to as “electrical nerve gas” or may be behind the so-called “Taos Hum.”

All the things Mulder cites in terms of using ELF are legit. HAARP needs no introduction, obviously (heating the ionosphere and weather control being its principal célèbres, but also mind control). Project Seafarer is real, and was investigated for its potential deleterious impact on humans and the environment with the conclusion its effects “were similar to those produced by power distribution cables”. Small comfort for those concerned over the (ELF) effects of exposure from high-voltage power lines and those supplying electricity to residential areas (such as leukaemia). Officially, Project Seafearer was shuttered in 2004, but never believe a nefarious government programme has really been closed. It’s just off the radar.

As for the Taos Hum, named for hearers in Taos, New Mexico, “Many of the hearers believed there was a connection between the hum, the military installations in and around New Mexico, and the Department of Defence or that the hum was somehow caused by the U. S. Navy’s ELF… stations in Northern Michigan”. On the plus side, it seems its extensive use is not sanctioned principally because of its inefficiency (considerable electrical power is needed). On the minus, it’s unsurprising if messing in ELF (or high frequencies, come to that) has a negative impact, as this is the same range as the all-important Schumann resonance. It’s left open whether the effect on Patrick and Vicky (Janine Venable) was intentional or tangential, but who are we kidding, right?

So Drive has a very, ahem, resonant premise, but its dramatic heft comes from being a break-neck ride, in which Mulder, having been hijacked by Crump, must maintain a speed above 75mph or his captor will lose his brains. The added grist to the problem is that Mulder must head in one direction (“We’re runnin’ out of west”). Gilligan was influenced by the brilliant – but queasy making – Subway episode of Homicide: Life on the Streetthat guest starred Vincent D’Onofrio. Very different in terms of stage but similar in terms of a close-quartered, disagreeable-yet-sympathetic victim with an inevitable fate in store. It’s a testament to the show that Drive’s remains every bit as fresh and vital more than two decades down the line.

Bowman’s work on the episode is superlative; this really is a movie in miniature, and it’s a contender for his series’ best, which is saying something. The teaser opening, cutting between on-the-scene and a live news report is particularly effective, setting the tone for an immediacy to the action sustained throughout. It’s a bit of a shame he’s segued into solid, respectable shows (Castle, most notably), as he’s one of the best out there.

Cranston and Duchovny are both on top form; Anderson is relegated to the on-the-phone support, but she still gets to encounter a dog with an exploding head, deal with Kersh and work out the core details (the deaf woman she encounters is watching Love is a Many Splendored Thing, notably dealing with an interracial relationship theme). She also gets the episode’s best, final line (above). The leads are still off the X-Files, so they start out the episode on a domestic terrorism stint, “bozo work” tracking down fertiliser; as the farmer comments “I figure I got better things to do with my fertilizer than going around blowing government buildings sky high”. Too right; the only people doing that are the ones sanctioned by the government to do so. 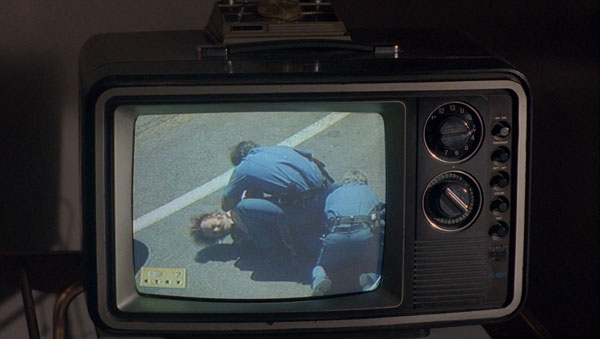 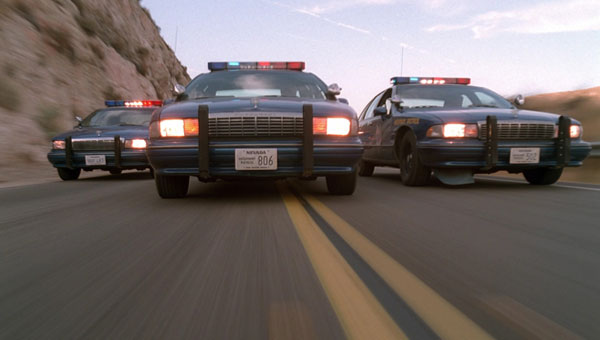 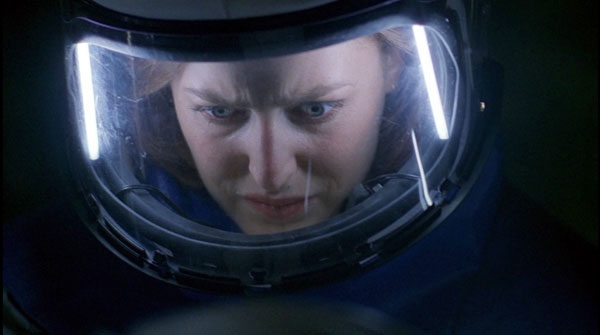 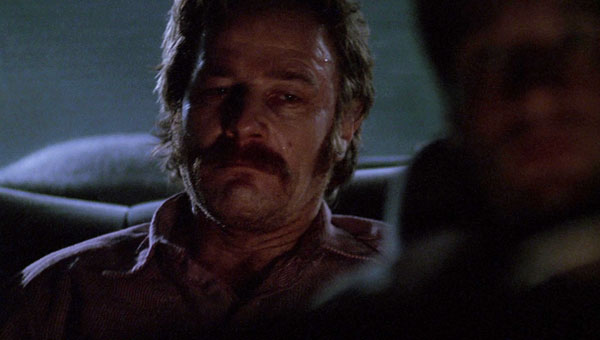 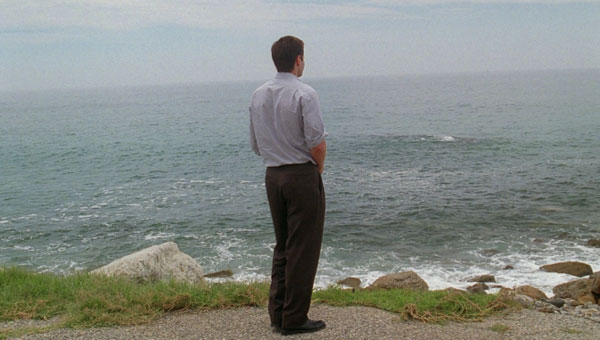