If I… shoot him, is that murder or suicide?

This second part doubles down on the first’s hijinks, while fortunately giving Scully some agency and a sparkling couple of scenes featuring Morris and the Lone Gunmen. You get the impression such interactions rather write themselves, so it’s no surprise Morris should have subsequently appeared in the short-lived Lone Gunmen spinoff (All About Yves) as well as two further X-Files (Three of a Kind, Jump the Shark).

Morris: Finally, the way I figure it, he went out of his mind and he’s been that way ever since. Fox Mulder pissed away a brilliant career, lost the respect of supervisors and friends and now lives his life shaking his fist at the sky and muttering about conspiracies to anyone who will listen. If you ask me, he’s one step away from pushing a baby carriage filled with tin cans down the street. But now, all that’s going to change.

The opening voiceover, detailing how model child Fox Mulder, who “got all his flu shots” but lost his sister, “went out of his mind” and “pissed away a brilliant career”, is a classic variant on the standard, constipated, Carter-engineered stodge Duchovny had to deliver, and there’s a lot of fun seeing Morris wreaking havoc on Mulder’s entirely restrained, moderate existence, from having liaisons with Kersh’s assistant (last episode), to buying a water bed (picked up again in Monday, although it really should have also been cited in Mandela Effect-riffing The Lost Art of Forehead Sweat).

Mulder: What is the truth?
General Wegman: You mean… You don’t know?
Mulder: Don’t know what?
General Wegman: The truth – what IS going on here at Area 51? What are these black-budget projects? We just fly these birds. They don’t tell us what makes them go. They engineer them all up in Utah.
Mulder: Well, if you don’t know, why’d you call me?
General Wegman: Well, I… I’ve seen your file. You’ve chased flying saucers for years. (really asking him) Do aliens really exist, Agent Mulder?

There are some great ideas here of the sort you might expect from Darin Morgan; that the general in charge of operations is none-the-wiser about the origins of the tech on his own base is actually the kind of need-to-know/chain-of-command element you rather expect would be utilised, creating the perfect loop where the very person Mulder expects to have answers is seeking them from him (as for actual whistle blowers, the biggest mark against them is that they’re blowing whistles in a public arena; such things don’t just happen unless they’re permitted to/ordered).

Morris: Oh, I love you guys. I really do. I mean, you’re the “Lone Gunmen,” aren’t you? You guys are my heroes. I mean, look at this crap you print.
Byers: We uncover the truth.
Morris: Oh, the truth. Well, see that’s what’s so great about you monkeys. Not only do you believe this horse pucky that we create, you broadcast it as well. I mean, look at this.
(Shows LGM headline “Saddam testing Mandroid Army in Army Iraqi Desert”.)
Morris: There is no Saddam Hussein. This guy’s name is John Gillnitz. We found him doing dinner theater in Tulsa. Did a mean King and I. Plays good ethnics.
Langly: You’re trying to say that Saddam Hussein’s a government plant?
Morris: I’m saying I invented the guy. We set him up in ’79. He rattles his saber whenever we need a good distraction. Ah… If you boys only knew how many of your stories I dreamed up while sitting on the pot.
Frohike: What stories?
Morris: Oh, I’m sorry, Melvin, that’s classified.
Frohike: (threatening him with spatula) The name’s Frohike, you punk ass. What the hell you do with Mulder?

Which brings us to the obfuscation. We’ve seen MIB before in the show, courtesy of Darin Morgan, and Morris’ encounter with the Gunmen is a suitably daft and yet also entirely cogent summary of much of the conspiratorial mandate in fringe media. While Iron Man Three would run with the terrorist as actor thing to more renowned effect, picking Saddam here is notable only because Osama might have been too close to the bone, both in terms of current events (he was added to the Ten Most Wanted list about six months after the episode aired) and planned future ones (leave it to Fox stablemate The Simpsons for such predictive programming, along with The Lone Gunmen show itself). But such suggestions, that he was an actor/asset/doubled are common – Tim Osman for example – and with merit (another is that Kim Jong Il and North Korea itself is little more than a manufactured bogeyman to use as fear leverage whenever required).

Mulder: Hey, grandma Top Gun! Will you shut the hell up?

The key remark Morris makes – “Not only do you believe this horse pucky that we create, you broadcast it as well” – has never carried more relevance in an environment where sifting through the profusion of conspiratorial material in respect of what we are told/allowed to discover, and the layers of what that may be concealing, has never been greater. Sure, we have a pretty good gist as to what’s going on, but within that are layers within layers, even more so when you have the alternate – let’s call it White Hat – reading that much of what we are currently experiencing in the last couple of years is for show, and that anyway, much of the conspiracy movement’s more immediate attractions – the shiny baubles – have been distractions from focussing on the true depravities (ones The X-Files was never going to broach, even had it been privy to them; but let’s face it, neither it nor Millennium was even going to get into MKUltra/ Satanism/ serial killers and the like, and that was all hot currency back then).

Dreamland II ends in a very tidy fashion, some might argue too tidy, after dangling the prospect of Mulder never being reunited with his body. I’m not normally too keen on the reset – certainly not at the best of the WEF – but it makes sense in this context, and the leaving of paradoxes dangling is a nice knowing touch. I’m also good with quasi-reconciliation between Morris and missus. It might be a bit of a sop, given his dismissive behaviour, but the scene itself is so well played. Revisiting this story has reconfirmed it as one of my favourites in the entire show, and is illustrative that the naysayers are just no fun (and to reiterate a comment a couple of reviews ago, it also confirms that, at its best, Season 6 is up there with 3 as the zenith of the show). 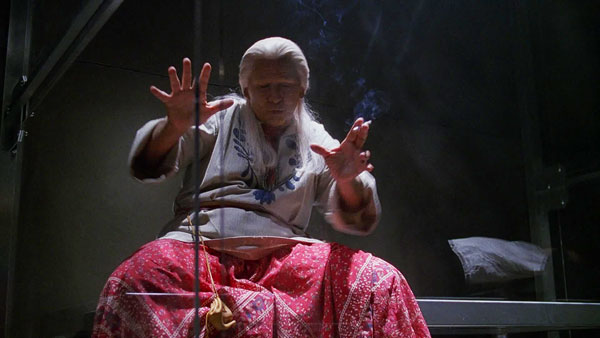 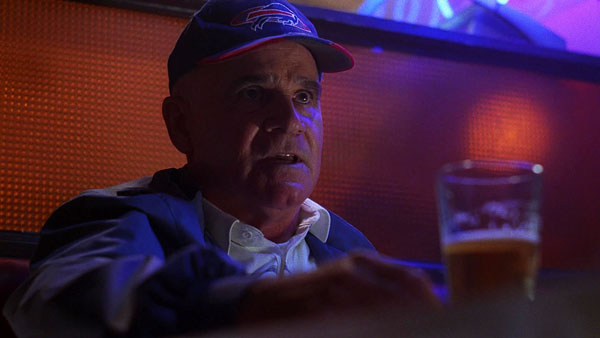 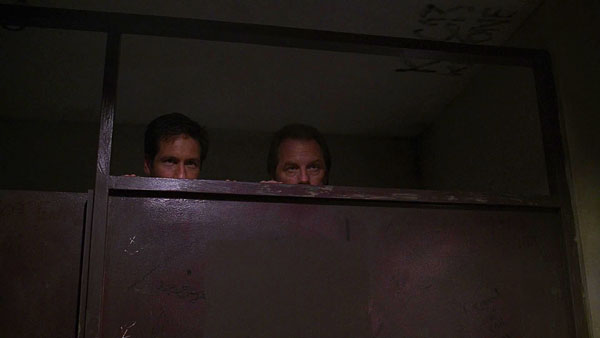 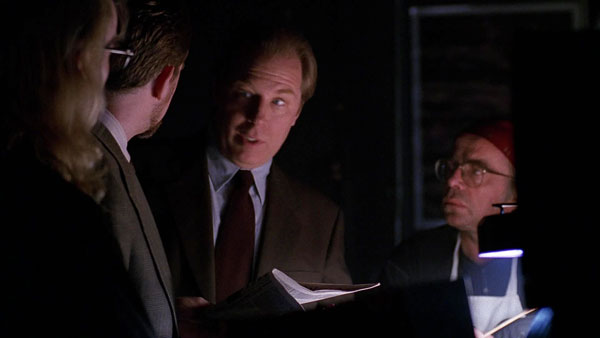 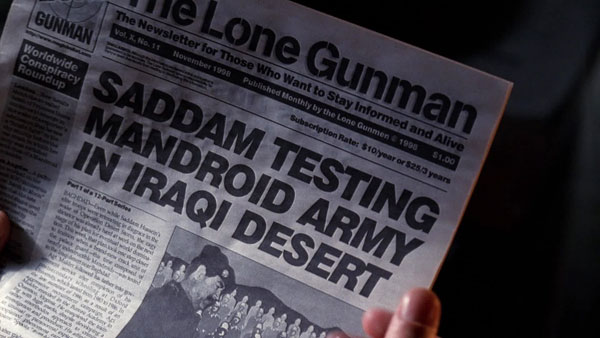