He’s ahead of the images. He’s anticipating.

The X-Files
7.1: The Sixth Extinction

You see what happens when The X-Files gets hold of a really strong idea and then progressively mutilates and dilutes it, eventually reaching a point where you wish they’d just left well alone? The Sixth Extinction isn’t there yet, but we see Carter bottling it in the most egregious and insulting fashion over the three episodes of this arc. This is less a case of shark jumping than just very wasteful, indulgent and ultimately redundant plotting.

The part of the episode that works, for the most part, is the catatonic Mulder plotline. He isn’t catatonic, of course; he’s simply working on a different level, one to which his body is unable to adjust. Reintroducing Michael Kritschgau – in this episode, anyway – is a good move, not least because John Finn is a very good actor, but you can see Carter’s reasoning is less that he’s the guy who fits the plot development than his having already opportunistically and redundantly killed off most other contenders (what’s that? Next episode, you say…) Michael has fallen on hard times. You can tell this mostly because he can clearly afford to shave only once a week. It’s good to have him there, not least because, excepting Mulder when he’s dosed up with phenytoin, he’s the only cast member not permanently baffled. Cue AD Skinner consigned to the Carter bin of motiveless objection in order to ignite exposition (Scully will be doing this too).

But there’s some strong material too; we already know Mulder has become psychic, of course, but it’s nice to have it reinforced, and invoking touchstones of the CIA and remote-viewing programmes adds a veneer of authenticity to the proceedings. We immediately understand why Mulder is apparently inaccurate when it comes to the card predictions, but it’s no less effective a visual cue for emphasising Mulder’s new superpowers.

The part of this plotline that irks, however, is Agent Fowley throwing her weight around. It’s very clear from the first time she rocks up (and Skinner covers that Mulder’s been lucid with some curmudgeonly fobbing) that she’s to respect the chain of command as he sends her packing. Come the end of the episode, though, she comes in flanked by doctors, and Skinner’s desperately covering himself like he’s been confronted by the hall monitor. And while it’s good to have Duchovny come around however briefly – “Who ya gonna call?” – it’s a shame he couldn’t suffer an irreversible relapse when Diana goes all Kathy Bates on him at the end (“I love you… And I won’t let you die… Now we can be together”).

Amina Ngebe: On a spacecraft? The teachings of the prophet Mohammed?

Scully gets the episode’s short straw, offended by bugs and stuck with dreary Carterese monologues as she and Dr Ngebe (JoNell Kennedy) translate the inscriptions found on the spacecraft. There’s a persistent sense of a holding pattern here, as nothing they’re realising is any kind of revelation, Carter lapsing as he does into Millennium portentousness with plagues of Egypt cheap effects and comingling science and mysticism so as to present the map of the human genome beside excerpts from The Bible, pagan religion, Sumerian texts and the Koran. There are mutterings of the day of final judgement, Scully sees visions (“Some truths are not for you” – convenient for Chris, leading us exactly nowhere), and people come back to life.

Amina Ngebe: It is the word of God.
Dr Barnes: You’re wrong, there is no God.

Yes, probably Dana’s most absurd lapse is allowing established psycho Dr Barnes (Michael Ensign) – of whom she has already been told by Mulder is a killer, so she should know better but as ever is an ijit – wander about the shore in a fevered state. She only has herself to blame when he gets hold of a machete and detains them, and if it weren’t for his coming back to life – but for how long? – the poor driver he hacks in the neck would be on her hands.

That’s the sign of a storyline unravelling, though. Generally, if it’s a good one, the dunderhead moves of the regulars – Scully or Skinner, invariably – get a free pass because the whole is so engrossing. In a story where Carter is losing his groove, they start to become distractingly emblematic of the greater problems. Nevertheless, The Sixth Extinction isn’t a bad opener – actually the best since Season 3’s by my estimate, also a three-parter – but it’s indicative this isn’t going to end well. 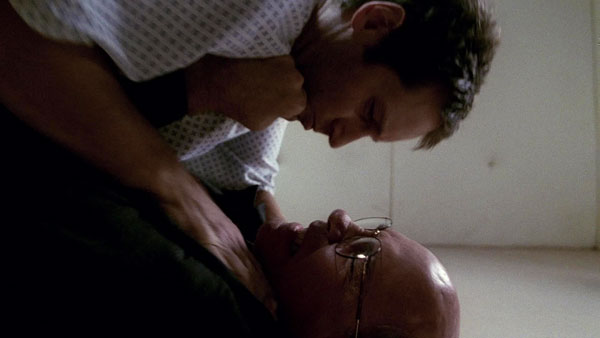 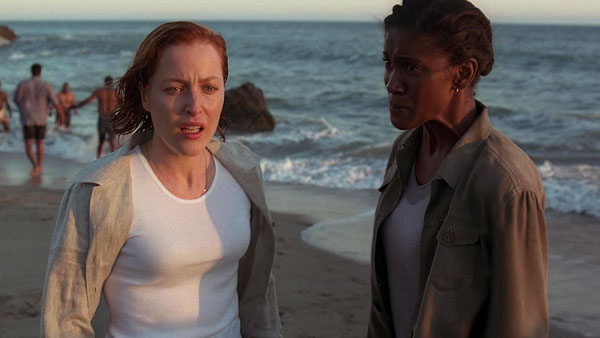 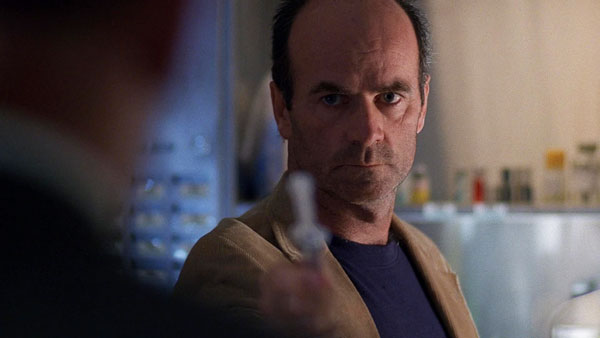 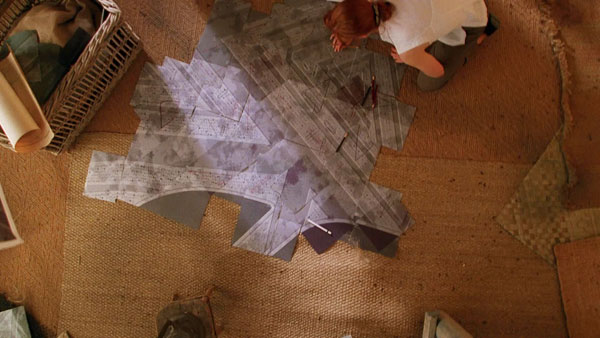 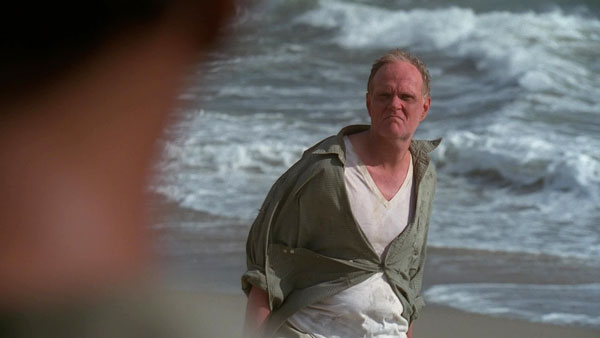 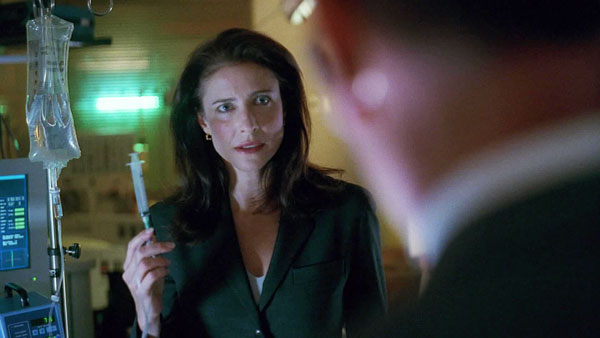