A trad monster episode, and it could be argued – and has by Rob Shearman – that it represents a disappointment. I’m with him on the part where Steven Maeda strands Mulder and Doggett on an oil rig and then, rather than having them work together, rehearses the same silly antagonistic bullshit for most of the episode. But I otherwise found the return of the black oil entertaining enough in an undemanding way.

Doggett: I never would have believed it. These stories about you.
Mulder: Really, what stories are those.
Doggett: That you can find a conspiracy at a church picnic.

You have to grit your teeth at the writing room’s plays though. It’s entirely understandable that Doggett should feel undermined and indignant at Mulder showing up on the rig, even more so Fox snarking at him, but he doesn’t exactly help matters by acting baffled by what may be going on when he knows chapter and verse about the oil through having read the files. Of which, the ins and outs of what the infected are up to aren’t entirely transparent. They’re contacting alien ships so they can get picked up with their new human hosts? And they’re sabotaging the rig because…? The ships are no longer coming? They wanted a scorched-earth policy when they left? What about the black oil beneath the sea? Never ask too many X-questions.

We’re told the virus was massing in crew’s pineal glands, but several Mexicans are immune; landlubber Scully’s relegated to autopsy duties, essentially. And Doggett’s required to be uninquisitive so Mulder can be sharp (he didn’t think there was anything to look into on the rig). Corporate interests are writ large, which means super-evil Kersh gets to stick up for the money men and be ridiculously absurdly Dr Evil-ish (seriously, he’s so off the scale, it’s almost a parody). This at least makes Mulder getting 86’d entirely plausible, but there’s a slightly “whatever” quality to the development. He’s sanguine about getting the push – well, he did his damnedest to earn that response, so he should be. But the handover is slightly empty; there should have been a sense that he actually respects Doggett when he shakes his hand. Instead, it’s a case of having to make the best of a bad lot.

Vienen’s plot could happily slot into the show anywhere post-Season 4, except of course that they’d stopped doing black oil after Season 4. Barring the movie, when we got thrown a curveball of it causing gestation. What gives there? I dunno, a special strain of big-budget molasses? 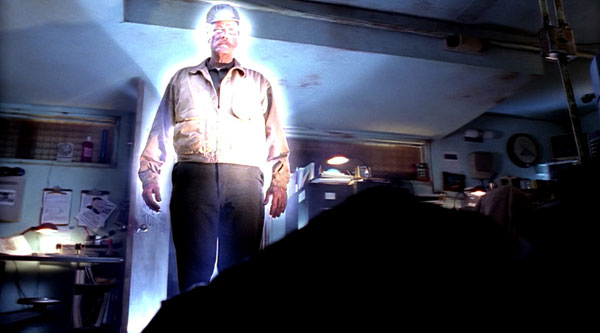 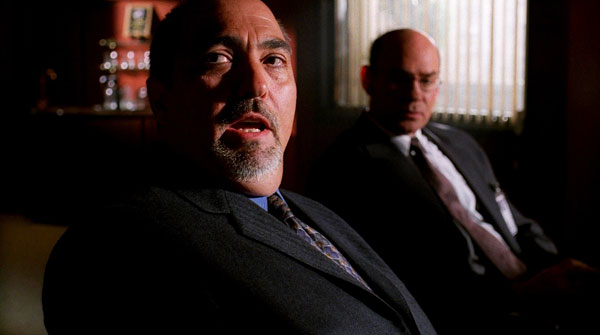 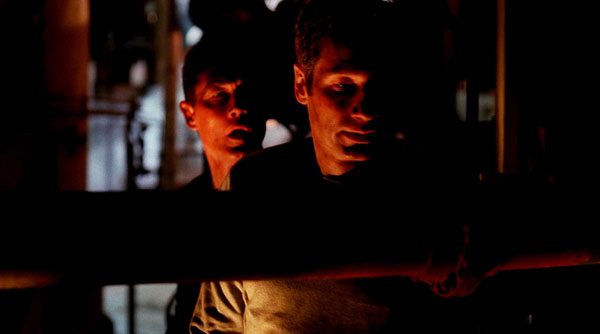 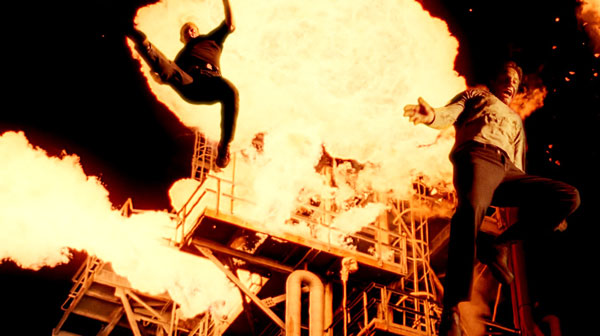 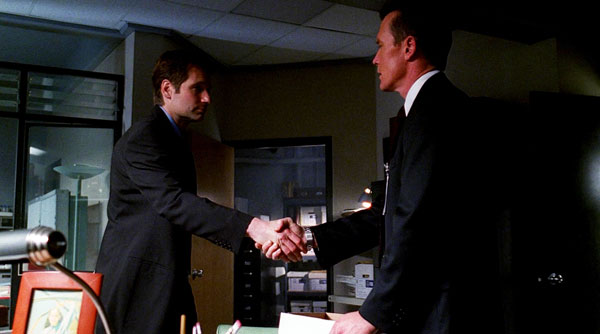