Stuart Gordon’s pulpy prison sci-fi has acres of splatter and some vital ideas to see it through its budget-conscious paces; one thing you could rely on with Gordon was a sense of humour, even if the finished product was frequently patchy. Here, he amasses a collection of dystopian tropes and runs with them to sporadically effective results; like the previous year’s Wedlock, Fortress is better when its protagonists are confined, rather than engaged in the act of escaping.

Gordon had a bit of a raw deal here, having withdrawn from Body Snatchers (ultimately directed by Abel Ferrara) when Fortress got the go-ahead as an Arnie project. The Austrian Oak and prime Nietzschean had reasonably good taste for cheesy/witty sci-fi at this point, and he’d apparently fallen about at Gordon’s debut Re-Animator. Schwarzenegger’s exit meant the budget cratered from $60-70m to more like $15m (Arnie’s switch-in was presumably Last Action Hero, a likeable mess and a celebrated box-office bomb). Gordon’s name isn’t on Fortress’ screenplay, which has four credited writers, none of any special esteem. Nevertheless, there’s some grim ingenuity here that smacks of his tastes, running with the exploding inmates of The Running Man/ Wedlock, but instead of heads opting for intestinators.

It’s 2017, and presumably Hillary won, as the US has stepped up the totalitarian torment; couples may have only one child, leading to John Brennick (Christopher Lambert) – the most decorated captain in the history of the Black Berets, who quit in disgrace after he lost his entire platoon – and his wife Karen (Loryn Locklin) attempting to flee to Canada when they are pinched at a Border Station (“Goddam breeders… You’d think they’d learn”). As Gordon commented in 2016, it’s “a world that’s sort of inspired by what’s happening in China with them trying to control the population by limiting the number of children you’re allowed to have”.

Poe: We live on a very small and fragile planet. We must maintain the population balance.

Abortion is illegal while the overpopulation mantra is preached at every opportunity; one would have thought it would be easier to enforce sterilisation/vasectomies etc once a couple have bred (and what happens if they divorce?) than test the capacities of the prison system. Regardless, John is sentenced to 31 years in the Fortress, a privately-owned prison – as opposed to simply privately run – of the Men-Tel Corporation. “The federal government pays $27 every day for each one of you” we are told. This is the world’s biggest underground penitentiary. It’s 33 – uh-huh – stories deep in a secluded desert location; escape is, naturally, impossible. Overcrowding is rife.

Zed-10: You are about to be outfitted with intestinators.

Rather than barcodes on their limiting devices or tattoos (Wedlock, Alien³), our heroes already have them on their IDs in Fortress’ future. To prevent any acting out, they have intestinators inserted, an “automatic behaviour control device” that induces pain if prisoners step over yellow lines and causes death if they cross red ones. Also forbidden are sexy dreams. Or possibly dreams altogether, although I don’t see how this could be prevented, except through chemical stimulus. Nevertheless, Abraham (Lincoln Kilpatrick) tells John “I haven’t dreamt in forty years”, making for an effective emphasis not just of limitation on the procreative act but also any imaginative, creative impulse.

There’s also a mind-wipe procedure available, as no well-outfitted prison would be complete without its own MKUltra lab. This involves strapping John to a gyroscope and leaves him staring vacantly for a spell, until Karen reminds him of his priorities and gives him back his wherewithal. Fortress’ early stages include all the necessaries for any self-respecting nightmare-prison movie. Thus, we have the young, inexperienced fellow (Clifton Collins Jr’s Nino) who is subjected to vigorous attentions from prison hard nuts wanting to make him their bitch: namely, Maddox (Vernon Wells, Mr Igo from Innerspace) and Stiggs (Tom Towles). There’s the boffin who can help the escape bid (Gordon regular Jeffrey Combs as D-Day). And also, the lifer standing no chance of parole fairly or otherwise (Abraham, a trustee). Oh, and the requisite ruthless warden.

Poe: The Men-Tel Corporation has transformed me into a more efficient human being. Once a month I absorb amino acids wasting neither food nor fuel. When my kind are in the majority there will be no more world hunger, no more overpopulation.

This is where Fortress’ future contempt for natural human expression feeds into the expected transhumanist apocalypse. Prison Director Poe (Kurtwood Smith, offering a nuanced performance; apparently Richard E Grant was up for it) is, we learn, what happens to the babies born in the facility. Well, that and presumably the Strike Clone cyborgs, the “perfect soldier”. Unless they actually are clones. Poe has been brought up in the facility (“I’ve never left these quarters my entire life”) and transformed into a true transhuman star pupil, but discovers he has a yen to override his programming.

He finds himself experiencing some jollies – albeit not physical ones – by watching dirty movies of John’s dreams, despite warnings from computer system Zed-10 (Carolyn Purdy-Gordon, Gordon’s wife) that “We do not observe for personal pleasure” and it is “causing you to act in a non-professional manner”. Indeed, he will eventually be relieved of command, having offered Karen the gig of Mrs Poe (she consents in return for John’s being approved as “fully rehabilitated”) and gotten all tipsy on champers (“This is very special. I wonder why I’ve never tried this before”).

The Poe subplot alone marks Fortress out as worth investigating, offering the antagonist, a conflicted individual, more depth that one might expect from this kind of B-movie (Smith assuming the foetal posture after getting sozzled is strangely affecting). On the more standard-issue front, the sources of prison conflict are reasonably well spun. John refuses to submit to killing Maddox in a decently-staged fight sequence (the latter ends up buying the farm anyway), and D-Day comes up with a means of removing the devices with magnets (appropriately gross).

The performances are memorable, with the exception of Locklin. Lambert is his usual bewildering combination of oddball and wooden, and as eccentrically-accented as we’ve come to expect. The movie nurses the myth of a safe haven, be it Canada (!) or Mexico, albeit I watched the extended cut this time; upon reaching the latter refuge, the Fortress computer, evidently biting its thumb at national boundary lines, takes control of John’s truck and tries to kill him.

Five years on from 2017, and we’ve seen chapter and verse on the perils of committing “unauthorised thought process”, along with concerted attempts to stamp down on “overpopulation”. If you want to see what’s been happening this year, however, best check out another futuristic prison movie, No Escape… 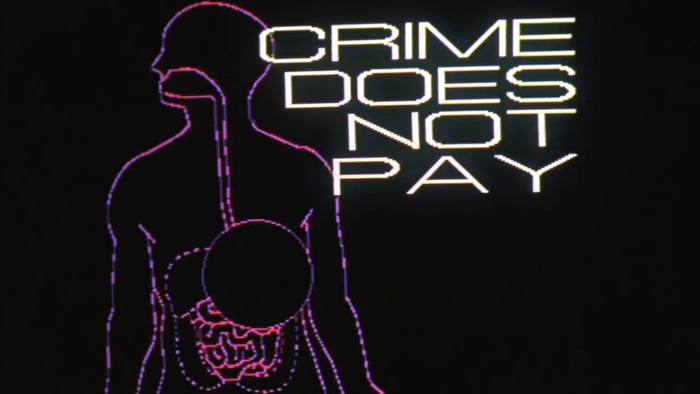