Doctor Who
An Unearthly Child

Aka The Tribe of Gum. Aka 10,000 BC. Aka where it all began. There’s a line of thought that An Unearthly Child is one blinder of an episode and three of grunting Gum-bies delivering lacklustre stone-age man impressions, without even Raquel Welch or the odd anachronistic dinosaur to alleviate the boredom. It’s definitely the case that, on its own plot merits, this budget-strapped Quest for Fire would be no great shakes. Deposit it any other era, and you’d have sound grounds to complain. What makes it work, though, and work extremely well, is that it serves as a lens through which to establish and observe the developing dynamic between our main quartet. And in particular, charts the rocky first steps of the series’ title character, in all his caveman’s head stoving-in glory.

Susan: I won’t leave the twentieth century. I’d rather leave the TARDIS and you.

An Unearthly Child, the episode, is unarguably really groovy, though. As groovy as John Smith and the Common Men, or the Honourable Aubrey Waites. Waris Hussein’s direction is miles ahead of most who would follow that decade. Or any decade, come to that. Structurally, it’s sharp (flashbacks are in). Performatively, it’s naturalistic (William Russell and Jaqueline Hill especially). And perspective is everything in recognising how distinct and distinguished it is. This is the only time we’ll come upon the Doctor as an outsider, no matter how aloof, or Scottish, or Mancunian, he may manifest himself (or, latterly, herself. Or Chibself).

Thematically, the first four episodes are really about emphasising just how unknowably advanced the Doctor (and Susan) is, compared to the average, plodding minds of the abducted twentieth century teachers. This is reflected in turn by the gulf between Ian and Barbara and the tribe. The Doctor telegraphs their prehistoric journey when he invokes the “savage” red Indian seeing a steam train as a point of comparison to Ian’s mystification at the TARDIS. And unlike later incarnations, he most definitely does not have a yen for modern-day Earth: “I tolerate this century, but I don’t enjoy it”. Humans certainly aren’t quite his favourite species.

The Doctor: Young man, is it reasonable to suppose that anybody would be inside a cupboard like that, hmm?

To Ian, then the Doctor is a trickster, conjurer, magician or madman. One who quite possibly isn’t above child abduction and brainwashing; “Can’t you see that all this is an illusion?” he implores Susan. Perhaps Ian has in mind an infamous case from a decade earlier. Perhaps there’s a Mrs Foreman behind some brickwork somewhere, head bashed in with a rock.

The Doctor: You don’t deserve any explanations.

And the science of the Doctor and Susan – “She knows more science than I’ll ever know” – is akin to magic. “You can’t simply work in three dimensions!” she protests to her dimwit science teacher. “Time doesn’t go round and round in circles… It just happens and then it’s finished” reasons Ian unreasonably in The Cave of Skulls. The conceit is that, while the Doctor and Susan have the means of gods among us, they lack the accompanying grace, poise and decorum. They are, rather, as petty and crotchety and juvenile (as applicable), as the mere mortals they mix among. A bit like Olympians that way.

The Doctor: You are the strongest and you may have to defend us.

Is this Doctor a good man or a bad man? The schism of retrospection implores us to make excuses for his behaviour, but he is inescapably a contradiction, in the space of the same episode. He embodies a father (a grandfather god, not unlike Cronos), a jealous and wrathful one, vying for supremacy with his disrespectful subjects. He doesn’t act like one – that comes later, with Cartmel and beyond – but he nurses relative omniscience and the ability to perceive situations in a manner that ultimately leads to Ian bowing out from the competition – a competition mirroring primitives Kal (Jeremy Young) and Za (Derek Newark, later Greg Sutton in Inferno) – for crew leader.

Ian: If there were only two of us, you could find your own way back to the ship.

“If he dies, there’ll be no fire!” instructs the Doctor in The Cave of Skulls, the first instance of his moral authority surfacing. Yet in the subsequent The Forest of Fear, as a means to the strictly rational – who else is to ensure their survival when his companions are as one foolishly consorting with those who would detain them – he attempts to do for Za. Indeed, when the Doctor comments that the tribesfolk’s minds change “as rapidly as night and day”, we’ve only just seen one of his new companions do exactly that herself. In the blink of an eye, Babs goes from abject hysteria to desperately attempting to save the life of one who induced such terror. It’s no wonder Dr Foreman gets all bludgeon-happy.

Kal: My creature can make the fire came out of his fingers. I have seen it.

The Doctor really comes into his own in The Firemaker, adopting tribethink to point out Kal’s lies (“The knife shows what it has done”) and then sly manipulation to banish him (“He is a bad leader. He will kill you all. Drive him out”). It may be Ian who wins the plaudits for introducing Marxist thinking (“He said Kal is not stronger than the whole tribe”) and giving them fire, but it is the Doctor who has been dangling the flaming carrot, and likely would have presented it himself at a more opportune moment.

Earlier, in The Cave of Fire, rare Palaeolithic beauty Hur (Alethea Charlton) comments “The leader is the one who makes fire”. Which would make that Ian, then. Like Za, the Doctor promised it (“Let me go, and I’ll make all the fire you want”) but didn’t get round to delivering. Because he didn’t have his matches on him (would the Doctor have smoked if it weren’t a plot point? Do we even know if tobacco is bad for Gallifreyans?)

Old Mother: Fire will kill us all in the end.

Ah yes fire. In Hesiod’s Theogony, Zeus has withdrawn the gift of fire from humanity, but Prometheus gives it back (hence all that subsequent liver pecking). In An Unearthly Child, the Gum have lost the gift of fire, but the TARDIS crew give it back. The Doctor is a higher being descended to Earth (reluctantly), Promethean perhaps, who through his appointed lieutenant (Ian) passes fire to man (Prometheus stole fire from the other gods and gave it to humanity in the form of technology, knowledge and civilisation – which includes, as here, working as a group).

Hur: Do you think they come from Orb?

This isn’t a perfect analogy, obviously. But the Doctor (and the Master, and the Monk) fit the bill of fallen angels, more Nephilim in flavour perhaps than full-on divinities (or demiurgic forces). It is nevertheless very noticeable that the first thing the Doctor does after we meet him is enable quantum leaps in the development of the human race, from the rudiments of survival to functional social systems (again, it’s Ian who conjugates the need for tribal thinking after the Doctor unites them in lobbing rocks at Kal – always with the rocks, this Doctor).

The Doctor: Do you understand? We are making fire for you.

In its way, this is emblematic of the series’ later approach to swearing off changing history yet simultaneously being crucial to such history unfolding (Pudding Lane). Likewise, with aliens – be it the Fendahl, Azal, Scaroth or Sutekh – triggering, advancing or otherwise influencing the development of life on Earth.

Kal: There was a strange tree. The creature was in it.

The series is also seen at the outset embedding a version of history (as in, the one popularised by academics, rather than necessarily evidenced in itself). Providing of course, this is Earth (and it has been debated, even that this may be a post-apocalyptic setting). The educational remit is an ironic one, as a more astute approach would have been for the Doctor to question and “correct” assumed history instead of parroting it, to encourage an inquiring mind rather than one learning by rote. Admittedly, the cues taken here are more Hollywood than “authentic”, but they are still feeding the basic gist of pre-history lore. Even when we are provided alternative takes later (for example, the whole Atlantean thing), it will be a far cry from Edgar Cayce. Which is round about what he suggested was going on in 10,000 BC.

The Doctor: Have you ever thought what it’s like to be wanderers in the fourth dimension?

But the vagueness of this environment is a genuine strength. There’s a palpable sense of being cast into the unknown, however serviceably these cavemen speak English. That, combined with a serial sense in the Flash Gordon line, lends these early episodes an almost uncanny quality. Certainly, that was my feeling upon my first seeing this story in The Five Faces of Doctor Who season (showing concurrently on BBC 2 was a Monster Movie! season, further identifying the show with a distant past of fantastic wonders. And The Legend of Boggy Creek).

When The Fire Maker failed to continue into The Dead Planet – they check the radiation counter on both landings, but not the oxygen? – it was a disappointment (but Trout!), as the new environment seemed every bit as alien and forbidding as the last one. Such exotica would inevitably diminish with familiarity, but at this point, the travellers’ destinations are entirely compelling, even if those they encounter aren’t necessarily the most scintillating, be they Stone-Age folk or Thals. 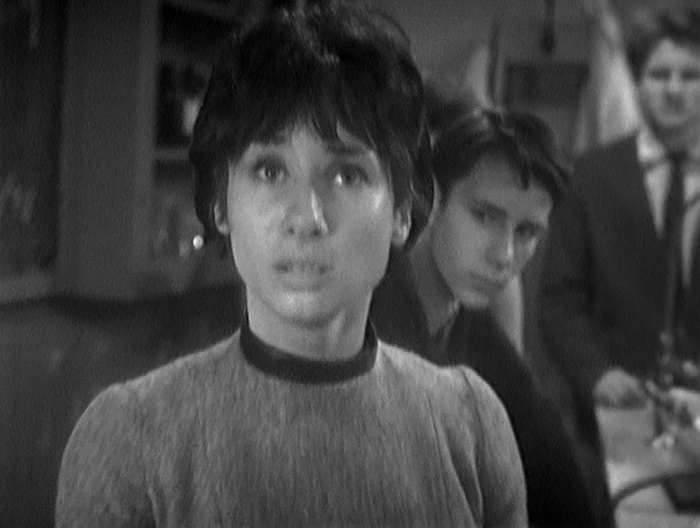 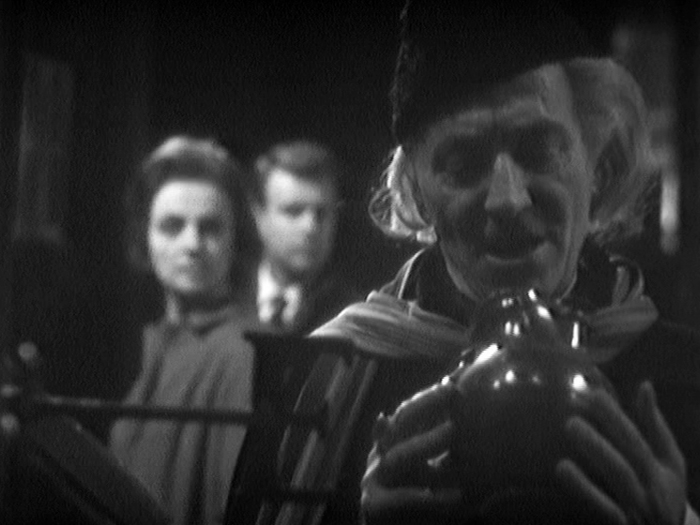 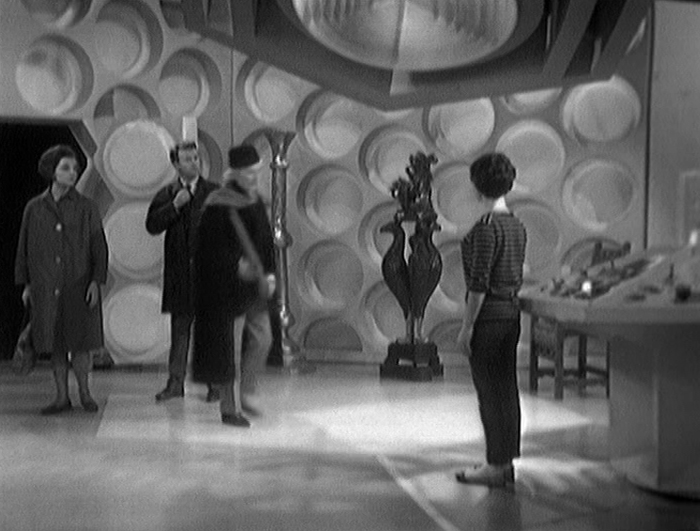 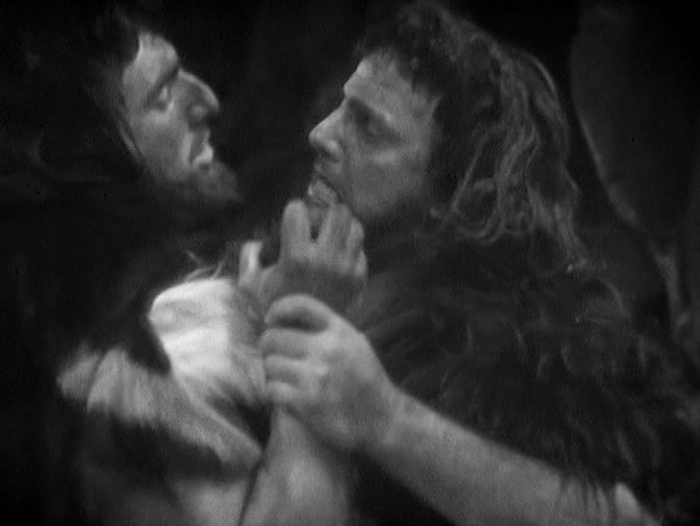 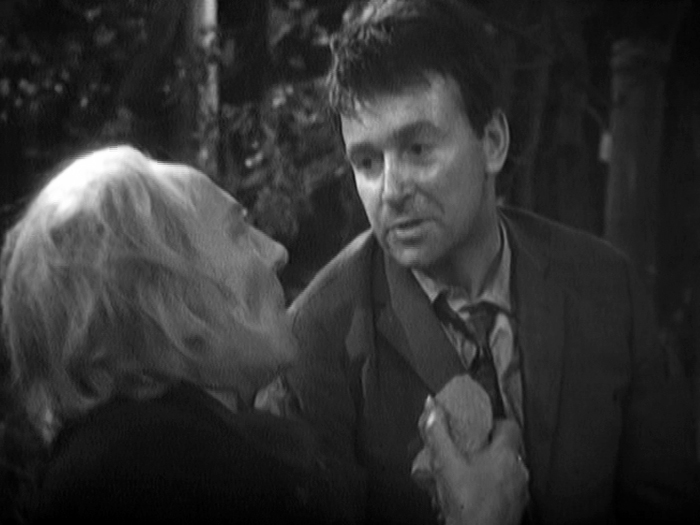 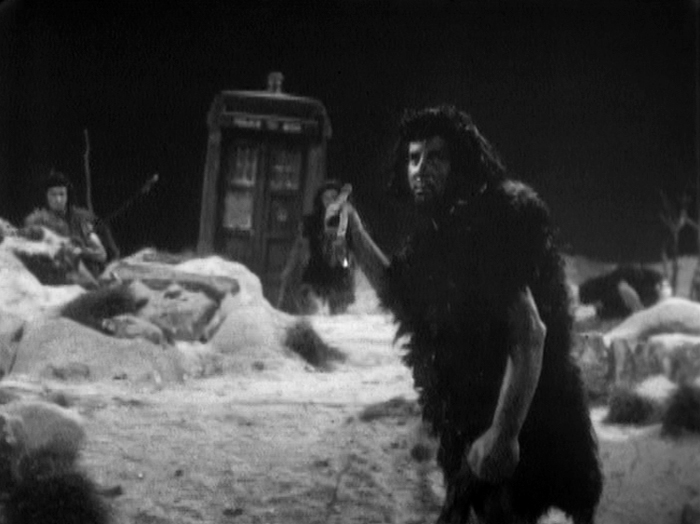 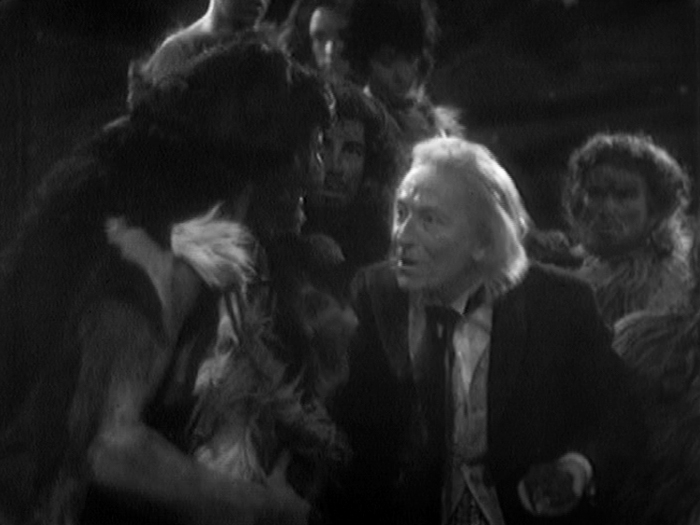 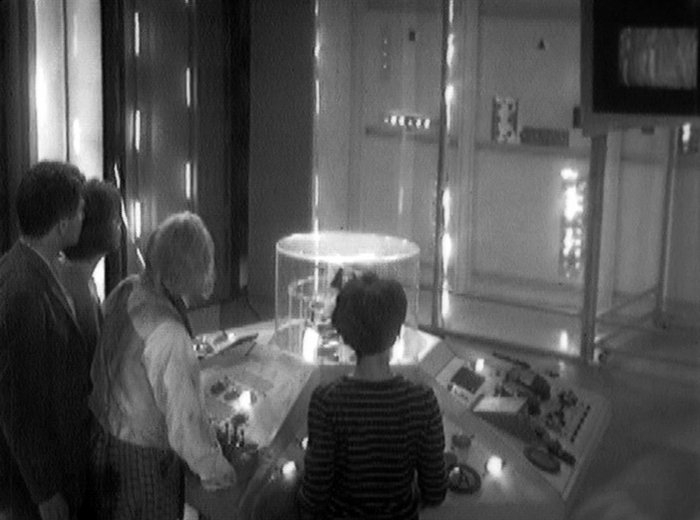