I’m not impressed by your miracles or moved by your trickery.

Well, that’s a relief. A bit of one, anyway. Talitha Cumi is more engaging and more engaged than its myth-arc predecessor, possibly by dint of Duchovny coming in with a co-story idea – although, the alien bounty hunter was his too, lest we forget – but mainly because its diving into Chris Carter’s favoured arena of quasi-spiritual rumination. Only, crucially, largely avoiding the heavy-handed stodge he usually mixes up with such endeavours. Which isn’t to say there’s anything enormously special about the third season finale – indeed, the most striking thing is how innocuous it is for a season climax – but it ticks along in a reasonably involving way, and benefits hugely from Roy Thinnes’ underplaying introduction as Jeremiah Smith.

The opening finds a crazed gunman (Hrothgar Matthews), either having recently checked out Falling Down or undergone a spate of persuasive MkUltra-ing, shooting a welter of people at a fast-food restaurant before being shot himself. Only for Smith to announce – Steven Moffatt would later take this as his creed – “Nobody’s going to die”. By the time the authorities enter, however, everyone’s back up on their feet. Inevitably, this yields religious responses (“God spared my life today”), and leads in turn to the centre-point discussion of the episode.

This occurs between the captured Jeremiah and CSM, and it’s an episode where the assumed cachet of CSM – I may have made clear by now that I consider him at best a limited-trick pony, certainly one underserving of all the attention lavished on him – is burgeoning. This will “inspire” a special dedicated flashback episode the following season. So, by the time he has a cosy chat with Jeremiah, we’ve already seen CSM confront Mrs Mulder, initially making small talk (“He was a good water skier, your husband”), before leeringly alluding to a past affair and his own studly prowess in the sack, in comparison to Bill (yes, it’s all a bit “Ewwwwww!”)

I don’t find this mining of/retconning Fox’s family backstory overly impressive, mainly because it detracts from the idea that Mulder is just a guy with an obsessive thing (well, that and a missing sister). It makes him a key to the mythos, a chosen one for whom there was no other way. That doesn’t matter in the majority of the series’ episodes, but such closely collected clutching of motives and persons makes for an increasingly limited tapestry for mythology arc exploration. We see it here with an indulgent shapeshifting sequence where CSM is taunted by ghosts of the past – Jeremiah becomes Deep Throat, then Bill Mulder – as if to say “This is what you love fans, this nostalgia”. And we’re not even three years old yet.

Carter et al resist the urge to kill Teena Mulder at this point, but using the character – to suffer a stroke and leave an evidence trail – is pretty cheap. Now she’s someone who knows where to locate hidden alien stilettos (in lamps). It’s consequently a surprising moment, conjuring visions of Spooky’s mom viciously stabbing Brian Thompson in the back of the neck. The palm/lamp thing did make me wonder if the series’ 2012 date might also have had the numbers rearranged, however…

There are other good moments here. I like the video tape analysis, where Jeremiah is there one moment and then not (“It’s like he’s gone, but there’s somebody else in his place”). Albeit, on the other hand, Mulder should really be able to make four from two and two by now, such that when (fake) Smith disappears in a sea of limbs, he ought to be grabbing the one (or ones) with a matching suit out of the bodies.

Elsewhere, there’s one of Mulder’s tediously inevitable blow ups at Skinner, who looks confused and possibly constipated in response. There’s also a fight with X, where Mulder manages to emerge intact, perhaps surprising given X’s prior kick-ass-ness.

And as noted, the episode ends with Mulder meeting Jeremiah and Scully at an industrial site, and the alien Bounty Hunter arriving. It’s very much a “Is that the best you could come up with?” Season Two concluded on a blinder, so if it couldn’t have given us something dramatically edge of the seat, Three might at least have presented an idea. But no, it’s a bit of a misfire (nevertheless, the first episode of Season 4 brought the series to a new ratings high).

That central discussion, though. It may rather overcook things in typically Carter-esque style, but there are some reasonable ideas here. One might infer Jeremiah’s caring, sharing cog in the system role of Social Security Advisor indicates one who’s in favour of state dependence, in a Hegelian sense, but what he’s arguing against, and what CSM is for, is dedicated science-based materialism, and “the authority to take away their freedom in the guise of democracy”. Further still, the counter challenge “Who are you to give them hope?”

One might address this in terms of the subtext of deceit, of course. Jeremiah allows lowly humans to believe a lie, that he is a god or an emissary thereof. What he’s closer to, leaving aside that he’s an alien, is a fallen angel (or a Nephilim. A good Nephilim?) He states “I no longer believe in the greater purpose”. That being, of course, the debasement of humankind through whatever means (eventually, in X-lore, a mass cull). CSM angrily denounces him, exclaiming “You’re a drone, a cataloguer, chattel!” – hives and hive minds will later figure strongly in the colonist subterfuge – before being visibly affected by news of his medical condition.

The key to this episode’s positive points is less in the overstatement of The Exorcist III-esque cell scene shapeshifting than the subdued, beneficent performance of Thinnes, imbuing Jeremiah with a quiet dignity that makes the piece as a whole seem like it possesses more gravitas and elegance than it actually does.

Rob Shearman called the Brothers Karamazov-inspired debate between Jeremiah and CSM (actually Duchovny’s idea, not Carter’s) “worthy and pretentious and utterly undramatic” and at least some of that is fair. Nevertheless, the substance of it is thematically on point, and its greatest sin is the dread indulgence of fan service. Shearman hated the episode, though, focussing on flaws in the writing that can be found throughout any and every Carter script for the series. He concludes that Talitha Cumi “is about nothing, and advances nothing”, but if he thinks the “grandiose swagger” (I’m not entirely sure what he means, but I suspect that’s invoking Dostoevsky) is its greatest problem, it’s one the series is shot through with at the best of times. 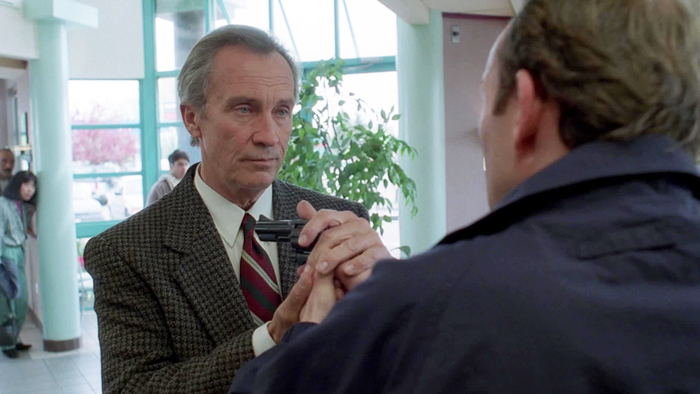 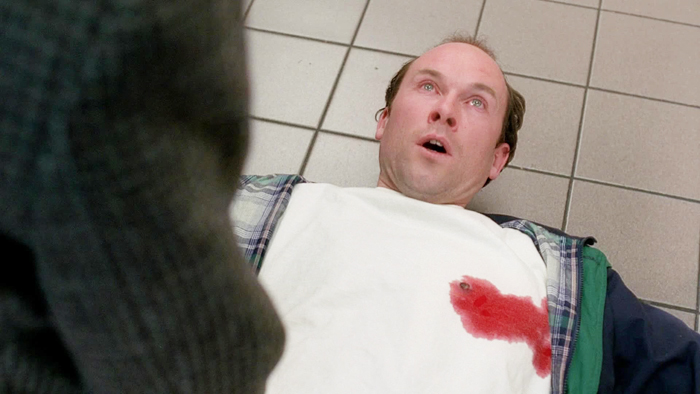 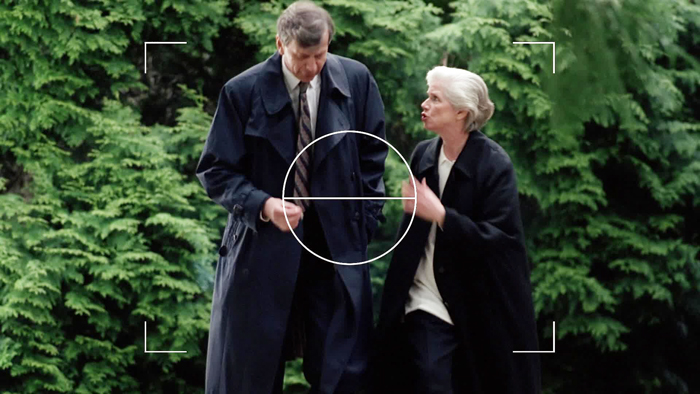 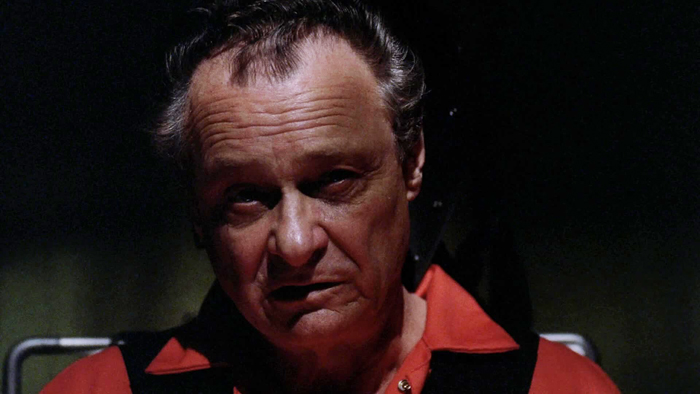 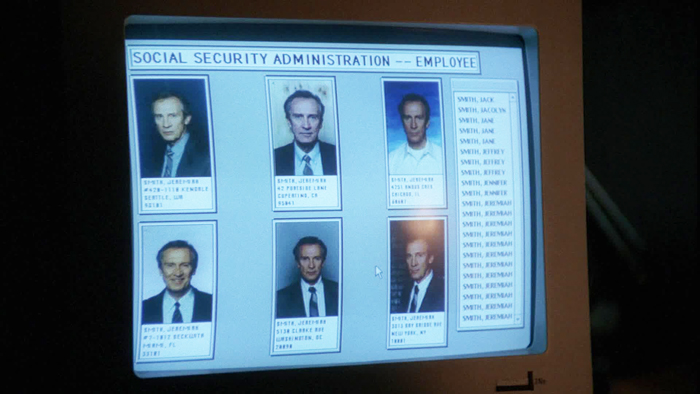 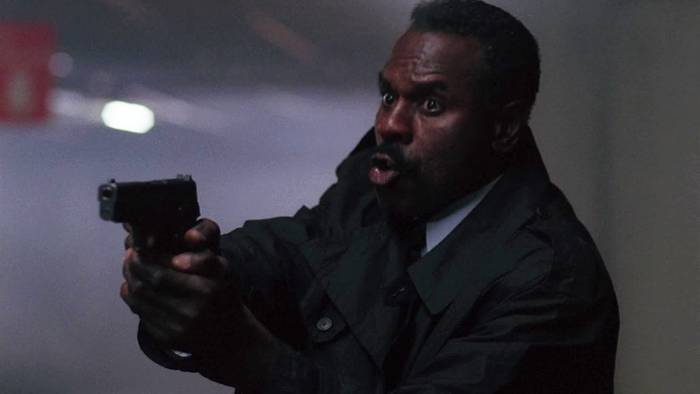 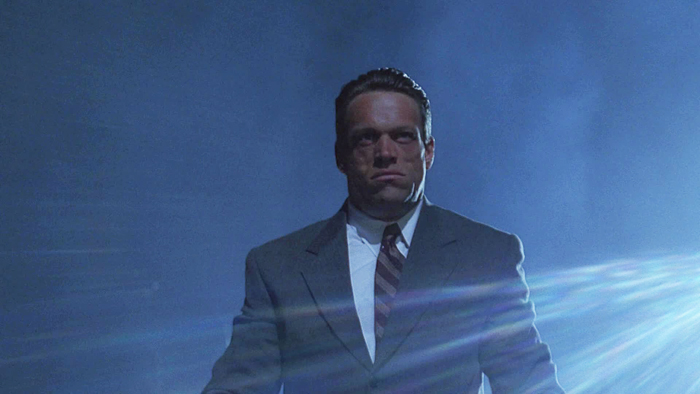