Chris Carter was probably right not to approach Anasazi as he meant to continue the story – always assuming he thought ahead at all – instead opting for a complete change of pace for The Blessing Way, shifting down a gear into a more reflective season opener. That doesn’t necessarily excuse him some of the episode’s more glaring issues, however, including a recourse to cod-Native American philosophising that teeters on the brink of patronising/glib and a resolution to the second season cliffhanger that may be explicable but not sufficiently so that it isn’t still commonly cited in a “Things that don’t make sense” context.

Scully: Who are you?
Well-Manicured Man: I’m a member of a kind of consortium. We represent certain global interests.

The answer there lies in the visual evidence of Mulder being found beneath some rocks near a hybrid body, and the flashback during his vision quest showing gassed hybrids attempting to escaped the boxcar from the rear; it isn’t answered explicitly, but there’s enough information to discern there was a way for Mulder to ex machina. Albeit, most probably not on first viewing.

My reading of the end of Anasazi was that CSM ordered the boxcar’s torching with the thought in mind that Mulder might still be in there. He doesn’t appear to be voicing that here, demanding Mulder and “those files”. Later, he is on a back foot, reporting the destruction of the files and Mulder to the Elders when he knows no such thing. Whatever the specifics of his intent regarding Fox, it is very clear his superiors want our hero dead, so it is likely both CSM and Krychek were acting towards this goal in Anasazi, and Krychek certainly is when he kills Melissa in this episode (while this is used to support the “everyone is expendable” idea Carter is so fond of, it might have carried more clout in both her and Bill Mulder’s cases if they’d had a stronger prior presence beyond a couple of episodes).

The Blessing Way is notable for the welcome arrival of Baron Munchausen himself, John Neville’s Well-Manicured Man. He distinguishes himself as a key member of this ruthless globalist consortium by appearing to offer a more moderate position, relatively. Although, his warnings to Scully are couched in the de rigueur fall back for keeping Mulder and Scully alive (“… your death will draw unnecessary attention to our group”). It’s one, as I have said previously, I find singularly unconvincing.

Nevertheless, this reframing of the mythology arc threat, so making CSM answerable in his own right comes at a very necessary and crucial point. Continuing the way things were would have been untenable, and the episode is indulging its fair share of standard X-tropes anyway (making Skinner seem suspicious – in part thanks to the Well-Manicured Man’s warning – and putting Scully on a mandatory leave of absence). There is a sense of genuine danger this time, at least, by virtue of knowing the different positions held within the same faction.

Albert: This place. You carry it with you. It is inside of you. It is the origin place.

Much of The Blessing Way, though, relates to Mulder at death’s door, undertaking a spiritual journey. It’s the kind of thing that rarely brings out the best in Carter, who just loves a wallow in the slightly facile embrace of the cosmic. Albert nurses the conceit that Mulder’s spirit “did not want to be healed. That it wished to join the spirit of his own father who had died and did not want to return to the world of living”. Cue a shot of Mulder beneath a bed of branches floating in the stars, with all the conviction of Elon Musk’s car.

If Carter had anything distinctive to offer with this, I’d be all for it, but instead, he predictably trots out the departed (Deep Throat, Bill) for some hokey blather and an inevitable prod in Samantha’s direction (“No” replies Bill to the question of whether Samantha is near, meaning dead). That Bill turns out to be mistaken in this suggests a rereading of Albert’s “Yes” in response to Fox’s “It wasn’t a dream?” is in order (yes it wasn’t a dream, or yes it was a dream?) Carter apparently did his homework on the Navajo here after getting some things wrong last time, but that doesn’t mean The Blessing Way ultimately feels less like the kind of thing Costner would show up for.

Scully also has her spot of interior reverberation as Melissa persuades her to undergo regression hypnosis, in order to get to the bottom of the not-buckshot found in her neck after she keeps setting off the metal detector in the FBI building. This doesn’t go anywhere very interesting either, perhaps because there’s nowhere interesting to go in Carter’s conception. We aren’t talking Whitley Streiber here. Or even Darin Morgan, come to that. But still, the later consequences of her surgical procedure are reasonably well considered ones in terms of series and character progression.

Perhaps the most interesting aspect of The Blessing Way comes at the very start, with Albert’s monologue on memory versus history. In a period in which the conspirasphere has extended its canvas to mudfloods and the potential fabrication of millenniums’ worth of recorded history (or the reframing/ renaming/ repositioning of vital parts of it), the advice “to trust memory over history” is especially resonant. Carter tends to the easy options in The Blessing Way – Duchovny cited it as the show’s biggest missed opportunity in terms of Mulder’s journey – even as he’s gesturing towards more expansive and elusive ones, but he’s still fashioned a season opener that avoids crapping all over its predecessor’s high quality. 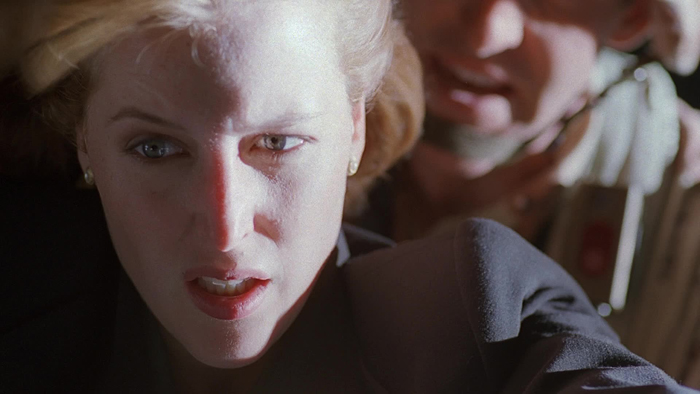 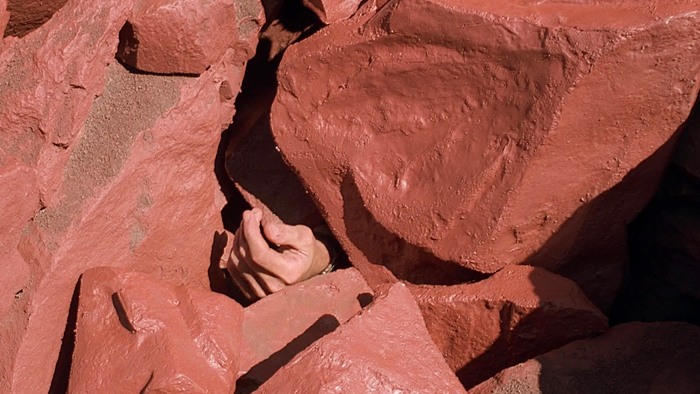 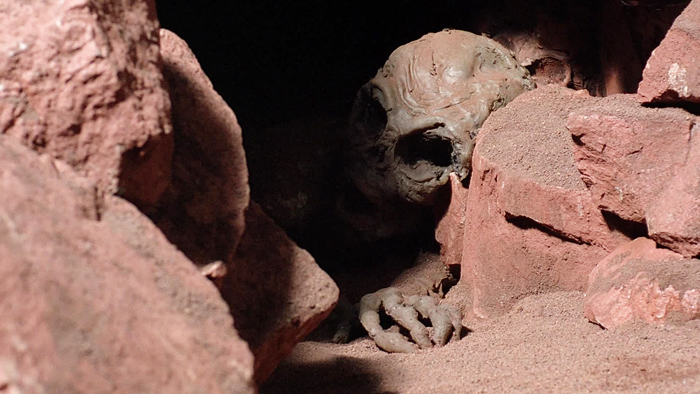 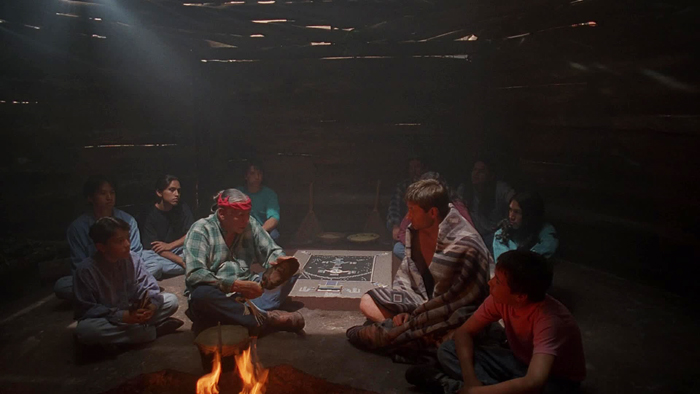 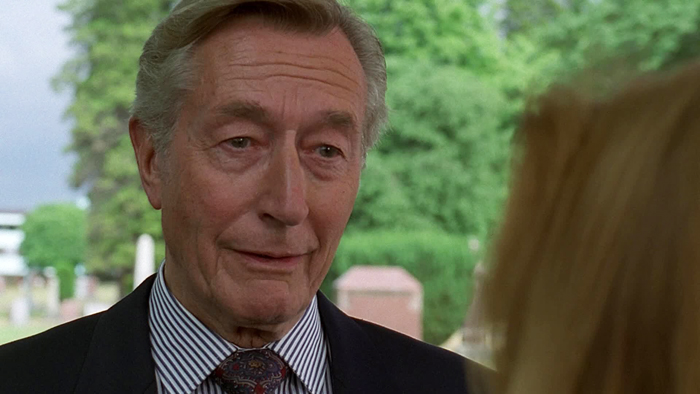 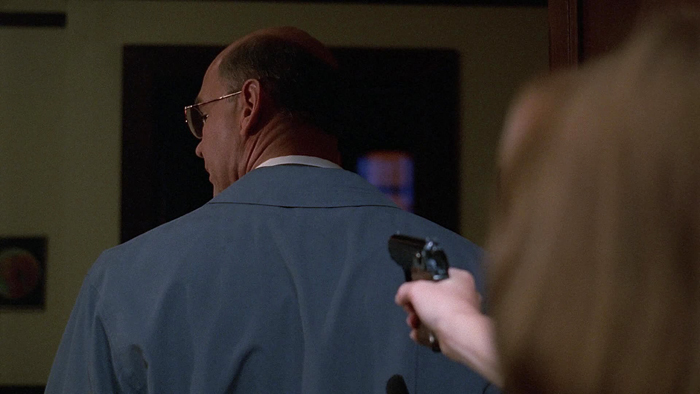 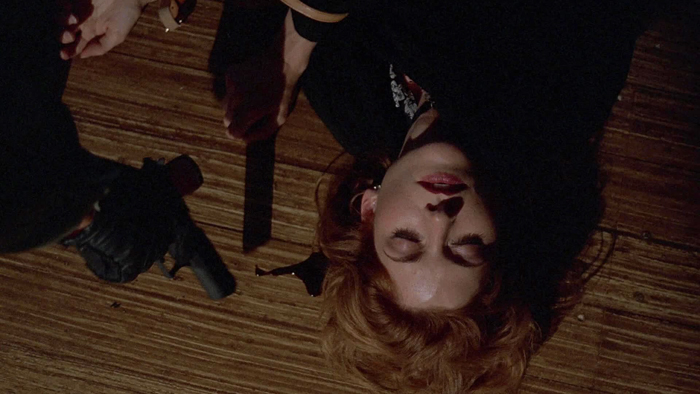