By whom will this be rectified? Your ridiculously ineffectual assassins?

Paperclip recovers ground after The Blessing Way stumbled slightly in its detour, and does so with some of the series’ most compelling dramatics so far. As well as more of Albert performing prayer rituals for the sick (perhaps we could spend some time with the poor guy over breakfast, or going to the movies? No, all he’s allowed is stock Native American mysticism).

Albert: My father taught me when I was a boy that this is how life is. That for something to live, another thing must often be sacrificed. This was my fear now for the young woman.

Albert’s at it again with his font of wisdom. Waxing stoically ponderous regarding white buffalo. Praying over Melissa, now reduxed as The Mummy. Worrying when the calf gets crook (raising as it does an interesting and potent concept for a flawed realm, whereby you can’t have anything positive without something negative transpiring somewhere else, very demiurgic). And then, rather triumphantly and in quite a rare and satisfying outmanoeuvre for the show, proving to be Skinner’s trump card when CSM smugly tells the Assistant Director he has nothing to bargain with; the knowledge of the files has been assimilated by Albert and if anything happens to Mulder and Scully or Albert, it will be disseminated high and low. The practicalities of this are less important than it sounding good.

Skinner: I’m sure you’re thinking Albert is an old man and there are plenty of ways you might kill him too. Which is why, in the ancient oral tradition of his people, he’s told twenty other men the information on those files. So unless you kill every Navajo living in four states… that information is available with a simple phone call. Welcome to the wonderful world of high technology.

Which is a bonus, as Skinner rather ballsed up in his previous attempt to bargain with CSM, getting kicked and beaten in a hospital stairwell by Krycek and a couple of co-assailant goons (my favourite moment in which regard is Krycek subsequently realising, just in time, that he is a loose end that needs tying off and scarpering just in time to escape a car bomb).

Mulder: The are truths out there that aren’t on that tape.

To be fair to Skinner, he’s not the only one doing underwhelming work at times here. Mulder announces himself with a huzzah of “I was a dead man and now I’m back” but the rest of his “rebirth” scene is, amusingly, entirely underwhelming. Sending Mulder and Scully to a disused mining facility in West Virginia to happen upon an extensive filing system in a mountain is an unlikely but engaging development, however. Particularly so when hybrids begin milling freely around (even if they’re intended to be snatched up by the UFO, the security thereabouts isn’t exactly conspicuous). Yes, there’s another UFO, and as these things go, what we see of it is on the clunky, nuts-and-bolts side (which would rather boost Season Five’s “Doubt everything you have seen” arc plotline).

This whole sequence is breathlessly dramatic, however, enlisting the thrill of discovery and the urgency of the chase when a hit squad arrives to hit them. Director Rob Bowman does sterling work in low-level lighting (often just flashlights to offer any sense of space and perspective). Carter, again performing script duties, knows there needs to be something vital to balance out the reams of exposition helpfully offered by the bad guys. First there’s Victor Klemper (Walter Gottell of Bond and, appropriately, The Boys from Brazil). Klemper represents the usual hissable Nazi, duly rehearsing The Boys from Brazil’s Mengele script of justifiable experimentation (Scully, as the benign voice of science, presents the prosecution). His orchid house is a nice touch, and one wonders if Minority Report wasn’t inspired for similar genetic experimentation.

Mulder: This file was originally mine.

When it isn’t Klemper, it’s the Well-Manicured Man as the exposition machine, helpfully filling us in on the connection to Paperclip and Bill Mulder’s reluctant involvement in these machinations. Frankly, Carter is very lucky to have John Neville on board, as he innately lends a sense of considered purpose when his motivation is, frankly, thin. There are yet further layers here in the ongoing sister quest, of course, with Mulder discovering he was originally earmarked for tests and that Bill made the Sophie’s Choice when Teena could not. Again, that’s a pretty solid and cogent development as these things go, providing explanations that fit with what we have already seen.

Byers: Together with Von Braun, Klemper helped us win the space race. Using his scientific data on the effects of high-altitude flying, we were able to put astronauts on the Moon before the Soviets.

The Gunmen are also in service to the exposition engine, in the process of which they act like the good little limited hangouts they are. As serious-minded conspiracy theorists, they wouldn’t be taken in for a minute by the Moon Landing hoax, and while there’s a fig leaf of the fake history Albert previously spoke of (“Paperclip was supposed to have been scrapped in the 1950s…”) the episode is generally falling in line with every popular conspiracy trope (Nazis, Greys, deals with the aforesaid). The only really daring aspect – much less so at the time, admittedly – is connecting all this nefariousness to vaccinations (of the vaccination records: “They took tissue from everyone who received a small pox inoculation”).

Mulder: You’re going to have to wait a little longer for my video collection, Frohike.

There isn’t a whole lot of room for levity in Paperclip (a reference to Mulder’s porn stash is about the extent of it), but the episode probably works a lot better than it should for a third part and one that is regular stopping off for some potentially turgid explanations. Which Scully, reverting to tiresome type, is having none of. Skinner winding up CSM is a great moment (“Do you have the damn tape?!”) while Well-Manicured Man essentially performs the role of Carter himself in setting out the series’ never-ending capacity for furthering its conspiratorial tentacles beyond the bounds of common sense or indeed comprehension. This is the series modus operandi: 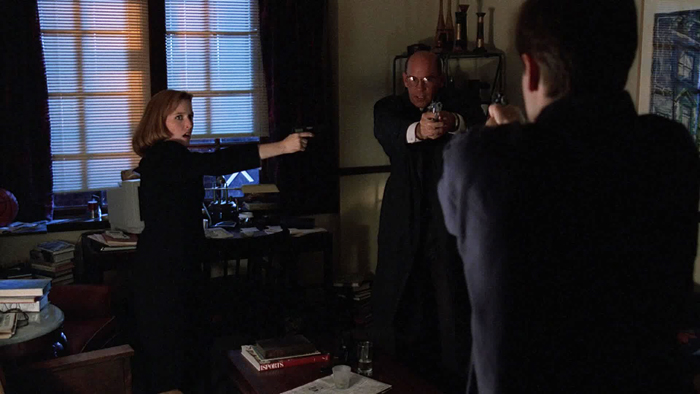 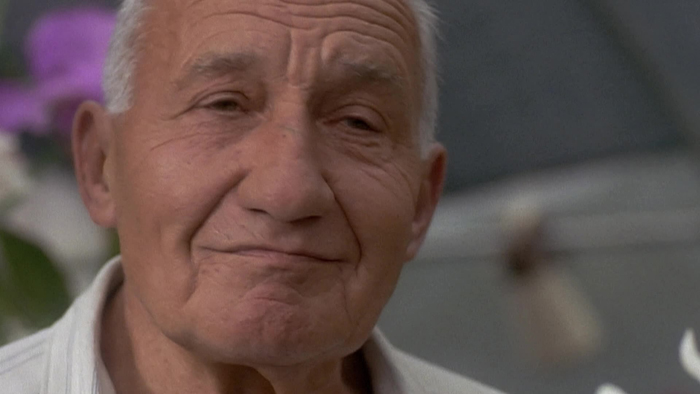 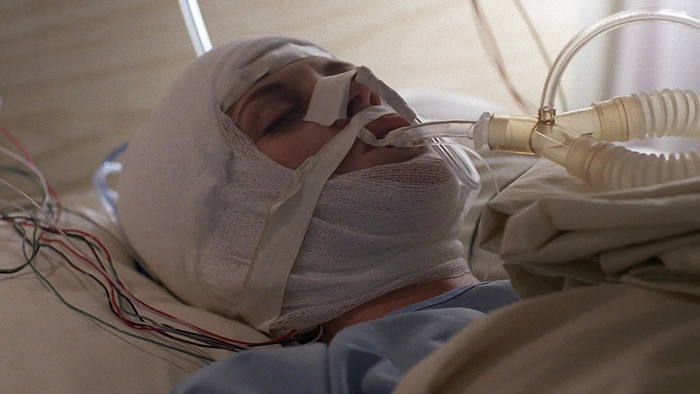 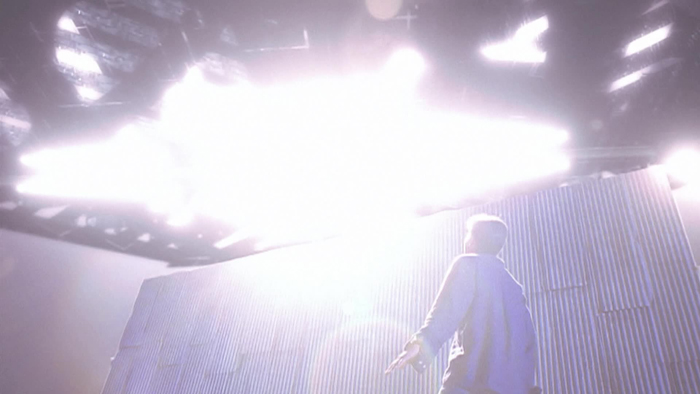 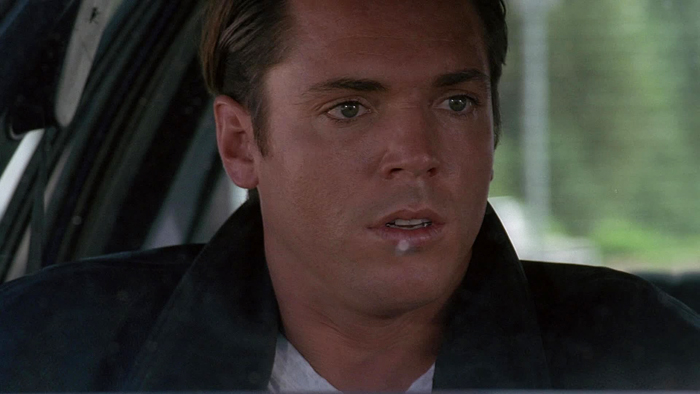 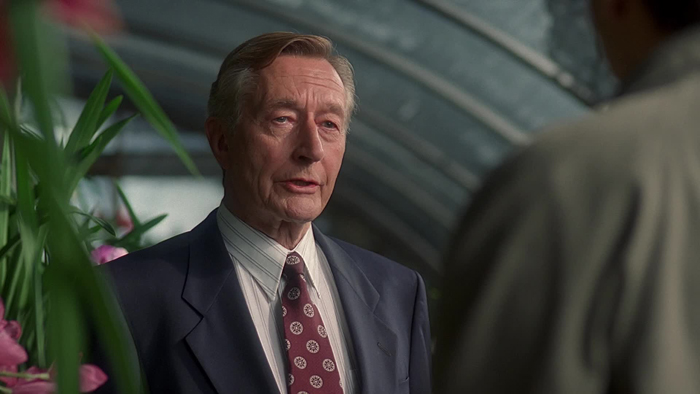 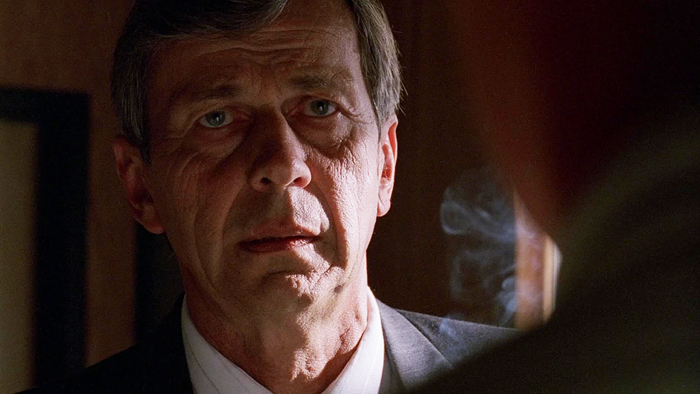