You know, for a holy man, you’ve got quite a knack for pissing people off.

A curious one, this. Red Museum is an intriguing conspiracy-arc episode that offers an unexpected take on the human-guinea pig angle. It also makes the titular Church of the Red Museum a massive red herring, dangling it before the viewer, begging to be demonised as a hollow cult up to no good. In certain respects, that’s a smart piece of misdirection on Chris Carter’s part. Less so are some of the plot contrivances that enable our heroes to follow the trail to its conclusion.

Mazeroski: Well, you gotta admit, it takes some big ones to set down in the middle of cow country and start a church like his.

The production lore for Red Museum tells that it was initially intended to be part of a crossover with David E Kelly’s Picket Fences (Mulder and Scully would be visiting that show’s town, Rome). CBS nixed the idea, and I note that reaction to the final piece seems to have been generally mixed, frequently citing it as convoluted and confusing (Morgan and Wong were vocal about their disappointment, particularly in Carter so casually disposing of the Crew Cut Man, Deep Throat’s murderer).

I would certainly take issue with the glaring convenience of a plane carrying the doctor charged with experimenting on the teens of Delta Glen, Wisconsin, crashing from the skies just when Mulder and Scully are in the area investigating many of their number stumbling out of the woods at dawn, with “HE IS ONE” or “SHE IS ONE” scrawled on their backs in indelible marker. Not just Doctor Larson either. He also considerately left a suitcase full of money and shipping orders that can be traced to the teenagers. Surely there was a means of their happening upon this information that required, you know, some actual investigative work?

Scully: You found a connection between the out-of-town kids and the kids abducted here. Every one of them was delivered and treated through childhood by Doctor Larson.

I’m also unclear quite how the Church of the Red Museum are functioning as a control group. I mean, sure, they’re veggies, while the townsfolk are exposed to 1.24: The Erlenmeyer Flask’s Purity Control, either directly through the administered “vitamin shots” or indirectly via the cattle’s “growth hormone”, but they’ve been in town for only three years. And Doctor Larson has been curating this project for at least a decade and a half.

Woman: Today is a blessing from our lord and master, who awaits his flock in this time, the dawning of the Age of Aquarius. Eighteen earth years from the beginning of the new kingdom. The guides speak through me today as messengers of word that we may be free from death and the passage into spirit. As the acceleration continues, we, the enlightened, must bring our teachings of the skills for survival to mankind.

That said, I don’t necessarily think it’s bad thing, given where the episode does go, that there’s lots here that leads nowhere, from the teenager claiming to have felt a force enter him (“It might have been an animal spirit”) to the intriguing idea of that the Church celebrates “walk-ins” (“enlightened spirits who have taken possession of others people’s bodies”). Carter has picked up some juicy potential here early on in the show, tying in ascension lore to 2012 (which he would revisit with darker intent). So yes, in a way, it’s disappointing the entire episode wasn’t dedicated to the eccentrically tailored cult, and that it didn’t tap into the notion that cult groups are either inspired, co-opted or infiltrated by government agencies.

Woman: We encourage them to open their hearts and minds to our teachings that they who slaughter the flesh slaughter their own souls and must be taught the way.

Mark Ralson as Richard Odin (Drake in Aliens, of course, as well as Bogs in The Shawshank Redemption) is strong against-type casting – we expect him to be bad ‘un – and there’s some believable colour in the troubled town atmosphere, most notably when the sheriff’s son Rick (Cameron Labine) throws a bucket of cows’ blood over one of the Church’s proselyting number.

Mulder also gets to confront the obnoxious bullies, and for once, there’s good reason to claim the kids just ain’t what they used to be. This in itself is curious, though, as their aggressiveness is implied to be due to Purity Control; it isn’t as if we see violent, rapey aliens during the show, and there’s no mention of killer cattle in the area or brutalising bulls (while Doctor Secare in The Erlenmeyer Flask didn’t appear especially aggrieved).

The nature of Red Museum’s shift in focus (monster of the week becomes mythology arc) means that peeping tom Gerd Thomas (Paul Sand) becomes far less relevant once he has dutifully served his role providing exposition (his characterisation isn’t altogether satisfying, since he is not only inoculating the cattle but also opposed to its architect’s scheme, and a paedophile who feels proprietorial over his now grown teenage victims – he has he amassed a comprehensive video collection – such that he’s abducting and “branding” them because they’ve “become monsters”. Does Thomas have spy holes in numerous houses throughout the neighbourhood? The episode seems to be angling that the videoing is part of the kids’ surveillance at first, but he has presumably managed to find his way into the house somehow).

Scully: I know that face.

Unlike Morgan and Wong, I don’t feel particularly short changed over the use/demise of Crew Cut Man. He is, after all, a “faceless” heavy, one who didn’t need to return at all. As such, he provides a neat piece of continuity, but it was never essential that justice for Deep Throat’s killer be meted out. The mop-up operation, Victor the Cleaner style, is a neat touch and plausible up to a point: “He’s going to go after the kids”. I mean, how many are there? And how is it expected to be explained away if he succeeds? They’d need to rustle up a patsy, I suppose. Thomas might have served, if he weren’t in custody.

Scully: Under further analysis, the inoculant found in the broken vials was isolated and determined to be an unstable antibody of no known biological origin. After three weeks of study, the components of the serum, probably synthetic, have broken down structurally and, in this retrograde state, cannot be analysed further. This coincides with the development of a severe and undiagnosed flu-like ailment affecting the children who were believed to be inoculated and some of the local families.

The episode’s embrace of notions of corporate and government malfeasance as a matter of course is quite admirable. In a time when you can’t even hint at anything adverse regarding the use of vaccines without being fact checked, censored or worse, The X-Files not only references them quite frequently but always with sinister undertones and adverse health consequences. Indeed, one wonders that Disney Star hasn’t taken the show off the menu or issued those special warnings to fragile viewers over “political incorrectness”.

Beth Kane: Doctor Larson gave him vitamin shots. He gave them to a lot of kids. He said it was like treating their teeth with fluoride… as a preventative measure.

The use of the inoculant in Red Museum leads to an “undiagnosed flu-like ailment” in the test subjects; it’s also notable that ongoing inoculations are required (shades of the yearly/multiple jab scenario). In The X-Files, the intent is explicitly hybridising rather than transhumanist/fatal, but in both cases the modification of DNA is required. Most humorously (or not), a character cites being told their use is as safe as fluoridisation. Hah! This experiment thus makes for a semi-sequel – I’m not sure it’s supposed to be the same group – to Deep Throat’s reference in The Erlenmeyer Flask to kids injected in 1987 with a routine inoculation (he doesn’t say it’s ongoing).

Scully: But these hormones have been proven safe. They’ve been cleared by the FDA.
Old Man: Says who? The government? God…

Red Museum is also explicitly calling out modern farming methods and animal treatment (bovine growth hormone, the economic diktat of upping yields). And points an accusatory finger at the FDA! Don’t worry, though, this is just science fiction, and not to be taken seriously. This sort of territory is really The X-Files at its best, offering cautionary rebukes to unchecked scientific “progress” and “improvement” of daily life while advocating the interrogatory approach to all levels of officialdom.

Scully: You know, Mulder… ribs like these, I’d say the Church of the Red Museum has its work cut out for it.

In a sense, Carter is presenting the Church of the Red Museum as an ideal, untainted by tainted beef or any other corruptions (well, computers are allowed). The charges against it are unfounded. It isn’t like another famously charitable Church of… Carter also knows full well that it’s ideals are not going to be taken up by everyone around them, including our protagonists. Red Museum has a lot of issues, just as it has a lot of ideas, and it stumbles at times in their execution. It’s nevertheless one of the second season’s most interesting mythology episodes, and it doesn’t leave you feeling it has opted for an easy solution or pat philosophising. 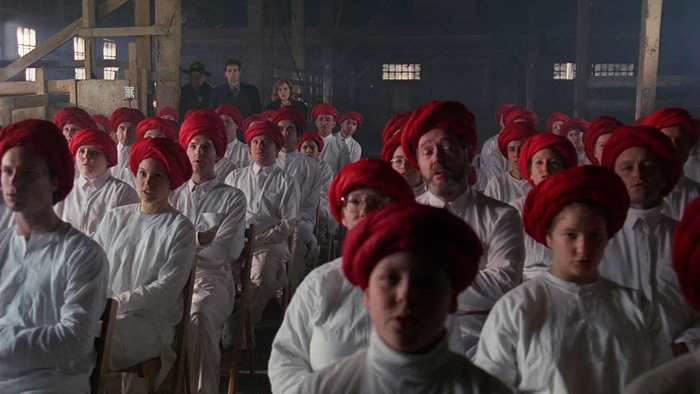 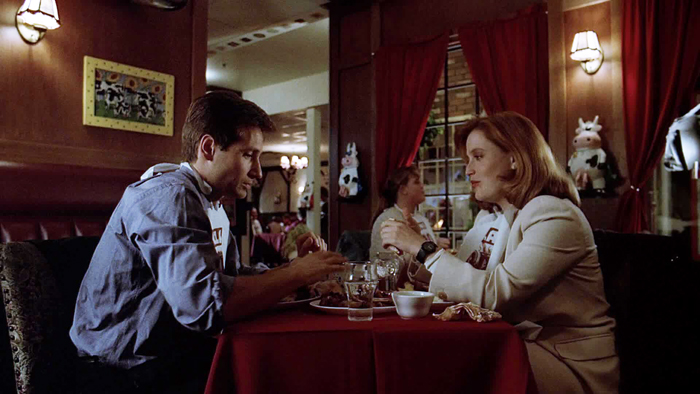 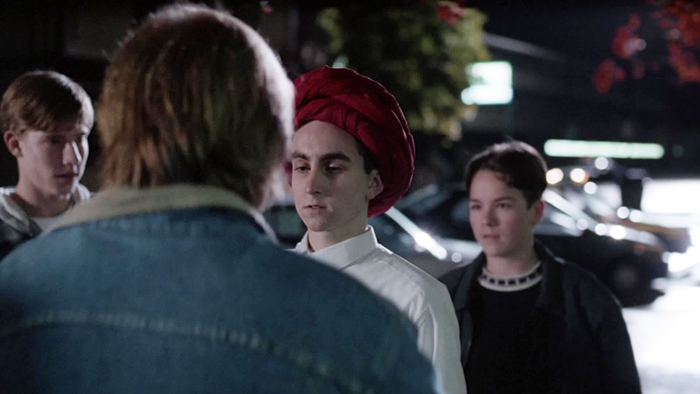 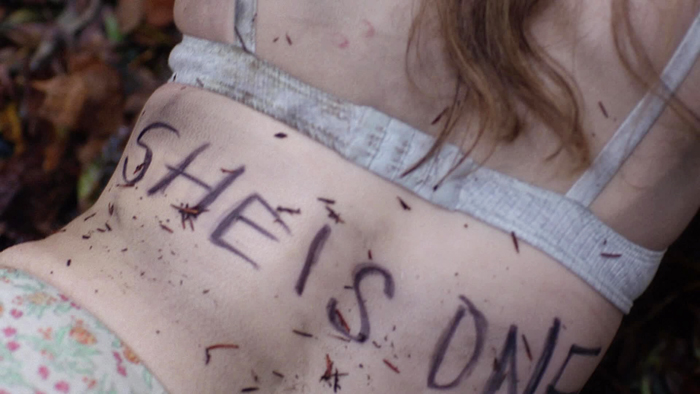 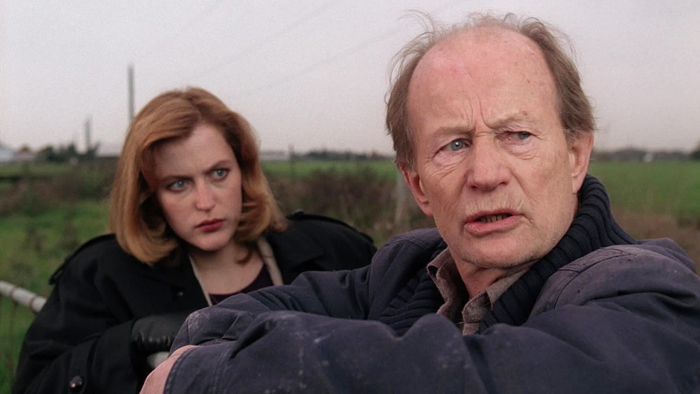 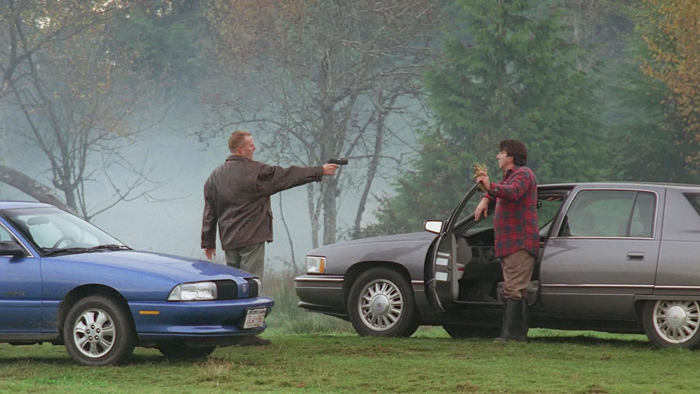 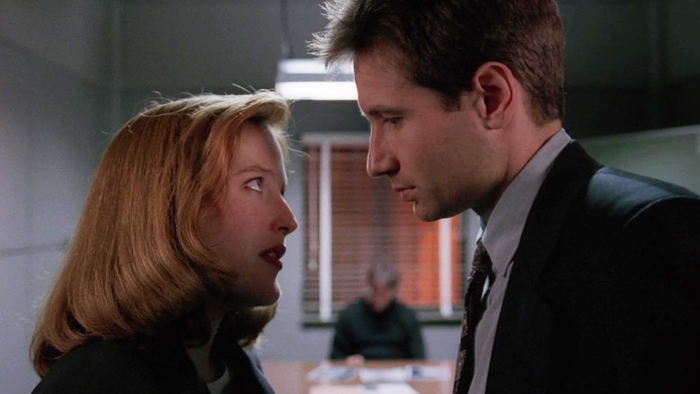