And now, here you have a case in which there are no clues, no fingerprints, no motives, no suspects. Ought to be very simple for you.

There’s a sense of Hitchcock aiming for a piece that will garner respect for the qualities of depth and range in I Confess, rather than something that will simply be a crowd pleaser. It’s a very sombre affair, all-but devoid of his usual wit and thus very much not playing to his strengths. The moral quandary at its heart isn’t really one, since Montgomery Clift’s priest never appears to have the slightest inclination to betray his vow, and the “scandal” of his relationship with Anne Baxter’s married woman is entirely less so by virtue of his being entirely innocent. As a consequence, despite Clift’s strong performance, the film’s protagonist is the worst thing he can be: passive. And I Confess is never really able to move past that.

It seems there was rather more bite to the original premise, following Paul Anthelme’s Nos deux consciences (1902), whereby the priest’s lover bore his illegitimate child. On top of which, he is executed at the end. Warners nixed that, but they were deluding themselves if they thought they had something more commercial on their hands as a result.

Clift’s Father Logan hears the confession of Otto Keller (OE Hasse), that he has murdered lawyer Vilette (Ovila Légaré) during a botched robbery. Logan is bound not to tell, making matters additionally problematic when Inspector Larrue (Karl Malden) sniffs out that Vilette was blackmailing Ruth Grandfort (Anne Baxter) over her historic relationship with Logan; she is now married to politician Pierre (Roger Dann) but still loves Logan (who only has eyes for his flock). All of which leads to an inevitable priest in the dock as Otto goes from chastened to actively rooting for the priest’s downfall.

Hitch considered “the final result was rather heavy-handed. The whole treatment was lacking in humour and subtlety”. Which is undoubtedly the case. He wondered if he’d had a blind spot for it due to his Jesuit upbringing, and that might partly be so, but I Confess has more pervasive problems. As interior and impressive as Clift is, there’s only so much that can be done with the part.

On the plus side, the issues the director had with his leading man, chiefly a consequence of Clift’s method style being at odds with a director who designed his films by shots rather than performance, don’t show on screen. Nor is it evident that the actor wasn’t in the best of shape during production, drinking quite heavily. Indeed, in his straightjacketed way, Clift does manage to present an interior life to the Father. Most of those around him, with the honourable exception of a highly impressive Dolly Haas as Otto’s wife Alma (named after Hitch’s own wife) are much more one-note. In particular, Otto’s German refugee comes on all humble but soon enough becomes a grotesque caricature of a hate-filled Hun.

Malden’s always good, and there are points – Larrue’s first interrogation of Logan – where he has a chance to shine, frustrated by Logan’s reserve. But he’s nevertheless required to follow the general template of the police inspector, such that it’s rather a surprise he should be so forthright when the verdict comes in. The jury make a point of suggesting they found the priest’s involvement suspicious and he tuts “They’ve ruined him. Why couldn’t they have said nothing and simply let it go at that?” Crown Prosecutor Robertson (Brian Aherne) similarly pivots from likeable to a Rottweiler in the court, despite claiming it wasn’t personal (Truffaut comments of the idea that “justice was merely a parlour game”). As for Baxter, she’s okay but rather forgettable (Hitch wanted Anita Bjork).

As Truffaut says, the coincidence at the beginning is very (in)convenient “that the murderer who has killed him in order to rob him should happen to confess his crime to the very priest who was being blackmailed by the dead man”. This is the kind of thing that wouldn’t matter so much in one of the director’s more frivolous thrillers, but I Confess is in close up of motivation and action, so draws unflattering attention to its internal logic. Nevertheless, this might not have mattered so much if it hadn’t descended so quickly into rather crude stereotypes,.

Most commonly, the idea is presented that box-office failure ensued because “the public was irritated with the picture because they kept hoping that Montgomery Clift would speak up”. I can’t say that was really my issue, and as such, I can’t agree with Hitch’s Catholic clause – “the Protestants, the atheists, and the agnostics all say, Ridiculous!” Rather, Logan’s moral code is quite clear and comprehensible. In that regard, I Confess creates a different kind of suspense – as much as the picture has any – of the mechanism that will eventually exonerate Logan, if not through his own admission. This aspect isn’t overly satisfying as played out. We don’t have a clear enough insight into why the jury let him off. And as well constructed as the sequence of Alma’s intervention is, it does smack rather of a decision made in order to give us an ending with justice served.

There’s generally a reason the lesser Hitchcocks are where they are in the roster, although the French really rated I Confess. The Quebec locations are noteworthy, and there’s the occasional, very occasional, sliver of humour (the priest whose bicycle keeps falling over). Apparently, co-writer George Tabori intended a McCarthy-hearings subtext to the innocent keeping silent, but it’s unsurprising Hitch didn’t go for that.

Pauline Kael called it “so reticent, it’s mostly dull”. It’s certainly the case that the film only truly develops a pulse during the more generic final half hour, as Father Logan is put in the dock. The truth is probably somewhere between her position and that of the French. I Confess is very impressively crafted, but it can never move beyond its essentially inert nature. 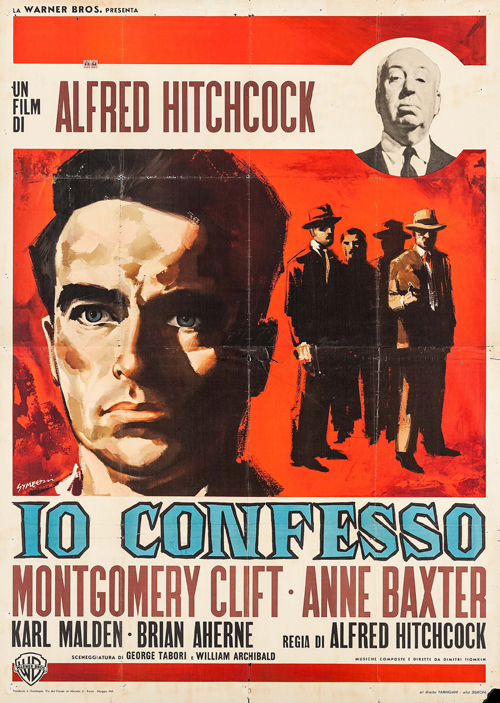 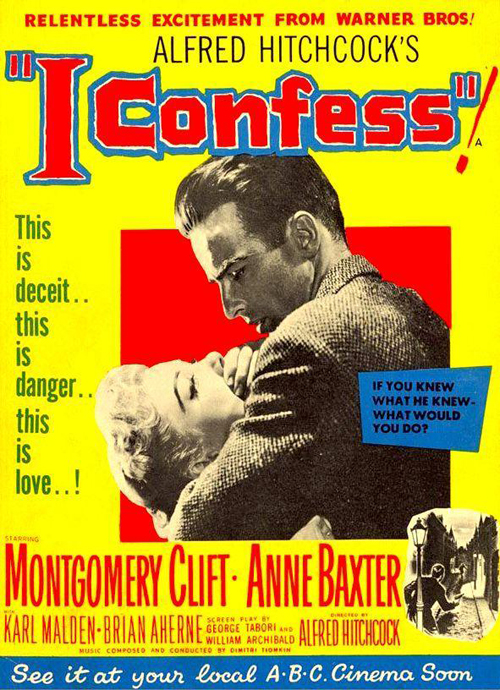 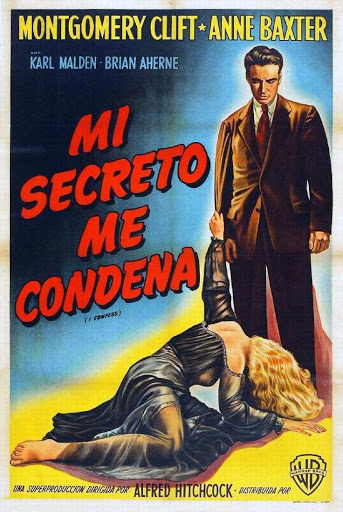 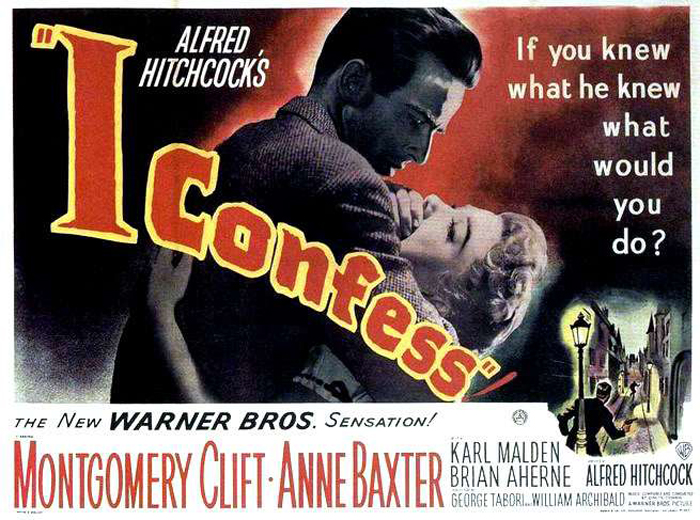