He was constipated with pulp, and now it was coming out, all over me.

Pulp has undergone something of a reassessment since its initial release, to a resoundingly underwhelmed response from audiences and critics alike. Some have even suggested it’s on a par with Get Carter, Mike Hodges and Michael Caine’s classic collaboration from the previous year. This is very much wishful thinking. Pulp isn’t a bad movie by any means, but it’s a pastiche doodle of detective fiction, never quite as clever or spry as it thinks it is, so leaving the viewer shrugging at it as much as Caine’s protagonist Mickey King does throughout when confronted by a succession of oddball – but never truly outrageous – incidents.

Caine is undoubtedly the highlight, dressed as almost a caricature or of his typical ’70s style – those sunglasses are voluminous, the hair at its most flowing – and responding to events in a mostly very laidback, bemused style, as if Parky has him in the guest chair and he’s being asked to respond in a characteristically witty fashion with an anecdote or observation. No one else is quite up to par, though. Dennis Price is good in about two scenes as a very rude Englishman, fond of insulting Texans while quoting Lewis Carroll. And Lizabeth Scott, returning to the screen after a decade and a half absence, makes a strong impression as Princess Berry Cippola, wife of the gangster-politician at the heart of the plot (and yet, almost entirely oblique to the movie itself).

But Mickey’s attentions are mostly focussed on Mickey Rooney’s retired movie star with mob connections Preston Gilbert, who wants him to ghost-write his autobiography. Mickey, an author of pulp fiction (hence the title) under such pseudonyms as Les Behan and S Odomy – at times, given Mickey’s response to a cross-dressing hitman, it’s difficult to be sure how much of Hodges’ screenplay is sly commentary on the lowest common denominators of the genre, and how much it is symptomatic of the same – and titles (My Gun is Long, The Organ Grinder). When Gilbert is murdered, we learn this was over fears that he was poised to reveal his and Cippola’s dirty secrets (the picture concludes with King recuperating from a gunshot wound “at Cippola’s pleasure”; whether he gets remission is anyone’s guess).

Unfortunately, Hodges plays the material so larkily – King assumes the role of gumshoe, complete with lazily conversational narration, given to the lurid and thus reflecting and/or subverting what we see on screen; at least, in theory – the actual mystery never takes on any significance, not in any way that encourages viewer investment. Which means it’s left to the incidentals and characters to sparkle.

Occasionally, they do. The opening, with a typing pool enjoying Mickey’s colourful prose (“Blood spattered everywhere like a burst watermain”) sets a tone the rest of the picture can’t match, and there’s often a very witty turn of phrase on Mickey’s part, ready with the quip off the page as well as on. But the proceedings are equally prone to the tiresome. There’s an overdone routine with Mickey’s weak-bladdered publisher. And while Rooney may be some people’s cup of tea, he’s irritating enough without also playing an irritating character (Gilbert delivers a clumsy waiter routine at a restaurant party, impromptu, at the expense of some unrelated fellow guests). Lionel Stander does Lionel Stander as Gilbert’s right-hand guy (“He shoots very well for a public relations man”), while Nadia Cassini is the girlfriend character. Al Lettieri is the on-again-off-again hit man/ priest/ corpse pursuing Mickey (“Bodies belong in the mortuary, not in my bath”).

I’ve seen Pulp a few times, and I always expect it to grow on me, but it never quite does. Caine keeps the proceedings right side of watchable, as a man under no illusions about his art (and with no regrets that he left his wife, three children and funeral business to pursue it). The Malta locations are also memorable (shot by Ousama Rawi, who would work with Caine again a couple of years later on The Black Windmill; also involved are George Martin providing the score and future Bond director John Glen as editor). It would be nice to suggest Hodges began with a double as impressive as Danny Boyle with Shallow Grave and Trainspotting, but Pulp strays closer to the trying-too-hard of A Life Less Ordinary, failing to hit its stylistic groove and thus falling victim to the broadness that would characterise the director’s ’80s work.

Christopher Bray, in Michael Caine – A Class Act, testified to the picture’s qualities, calling it a deceptively “tightly constructed little comedy thriller”. But it’s too leisurely (as he also described it) to deliver the thrills and too unfocussed to consistently land in the comedy stakes. There’s no zip or energy that isn’t coming from its star. As such, Bray’s right that Caine’s performance is “a masterpiece of gentle fun”, but I disagree that’s enough. The author namechecks other neo-noirs of the period (Chinatown, The Long Goodbye), but maybe he should have focussed on Play it Again, Sam, which manages to have a good time with the genre while also investing it with an engaging plot. 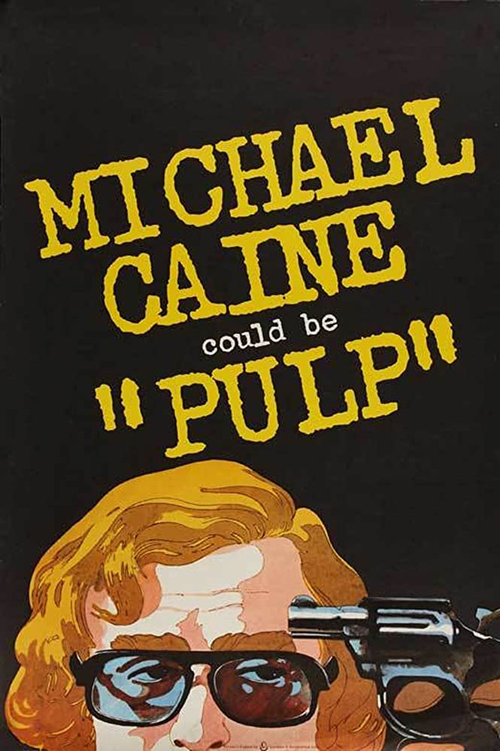 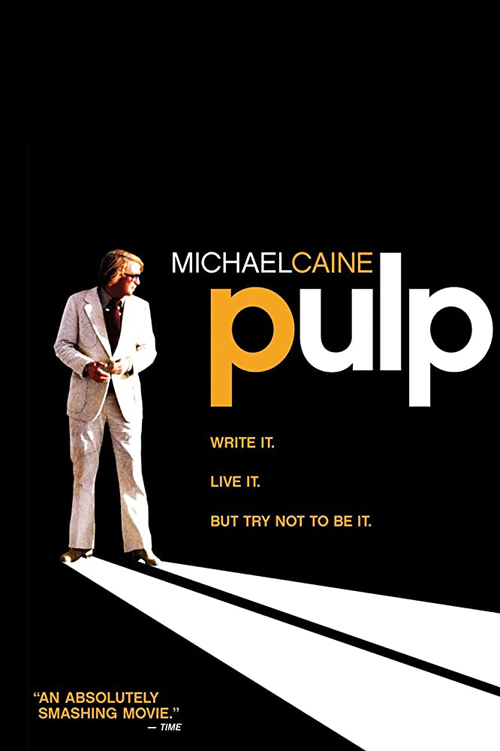