Is this the least inspired Avengers episode? It certainly had me on the verge of giving up the will, with its crude, jigsaw, memory-association plot that seemed to consist entirely of filler in aid of a reveal that was transparently obvious from the first.

Tara: Doctor, come to congratulate me on my miraculous recovery?
Wells: I think you’re about to have a relapse.

Even if you bought into the idea that Brian Clemens might actually have done away with Mother, everything about the villains’ plot to deceive Tara is so barefaced (having to drug her for any trips from the hospital) that suffering through these sequences quickly becomes an ordeal. Scene after scene attempting to get Tara to retrieve a piece of information that might give the location of Steed and the Miranda (Angela Douglas – 1.12: Dance with Death, Battlefield).

Villains Firth (John Cairney) and Dr Wells (John Paul, Quist in Doomwatch) are strictly pedestrian, and henchman Murray (Denis Shaw, the shopkeeper in Arrival and Checkmate) stands out only for his slightly camp delivery, belying his tough look (“Clum-say!”)

Steed and Miranda aren’t much better, but benefit from short scenes. She’s the key witness against Murder International, being minded by Steed in a safe house in Henley. There, they play various games (“The British can’t lose the Battle of Trafalgar”), including chess and Ludo. Of the various one-off sidekicks we’ve seen in the show, Miranda may be the least engaging.

Ironically, the best scenes, in something of bookends to the piece as we need to assume he might be dead, feature Mother. At the opening, he arrives at Steed’s apartment – soon to be blown up, not really – and heads straight for the drinks cabinet (“I must say, I do enjoy my visits here”). Then, at the climax, with the bad guys heading for what they assume is Steed’s house, they are confronted by Mother and Rhonda, the latter convincingly having at them while the former shows his prowess by bashing one with a cocktail shaker. There’s also a nice little moment where Tara discovers Mother is still alive and kisses him, much to his consternation.

Steed: I am of royal blood.
Tara: Your majesty.
Steed: You are knighted.

The climax features Steed painting his lineage in the form of a family tree, tracing a very loose connection to King Noffin of the Fens. A bit desperate for a laugh, but still more entertaining than the majority of this turkey. 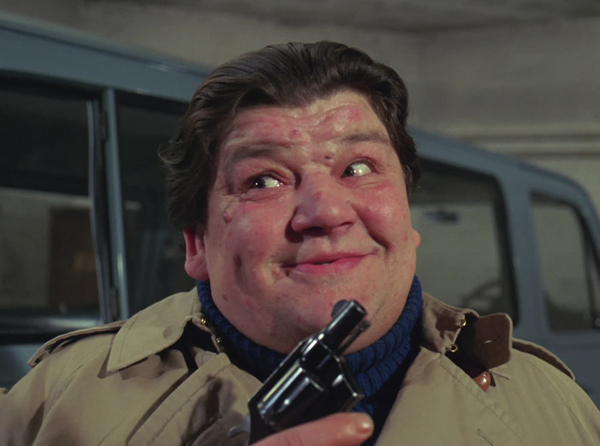 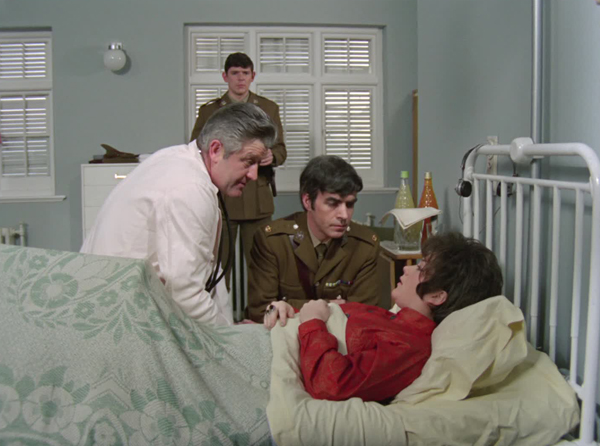 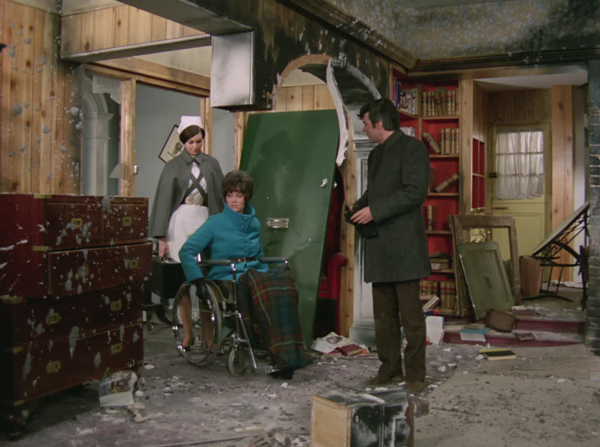 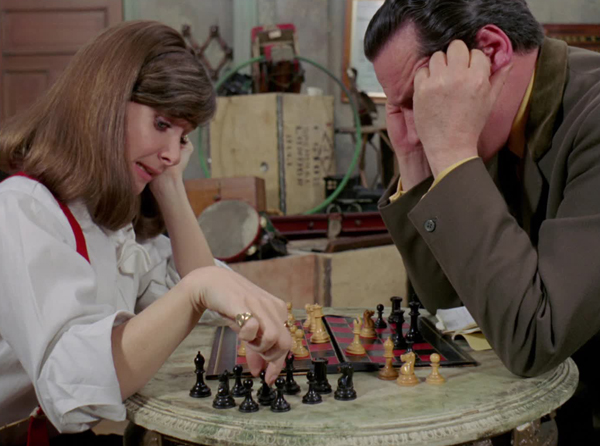 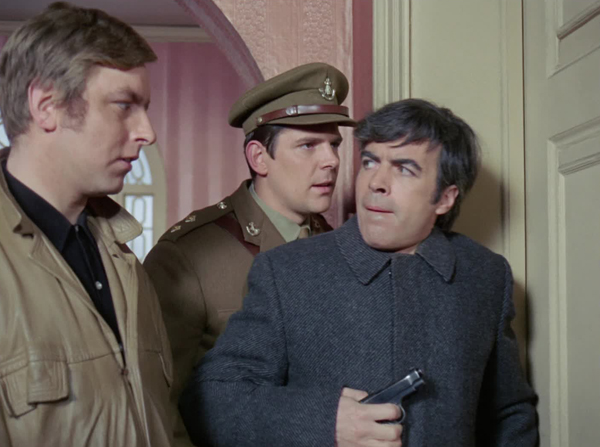 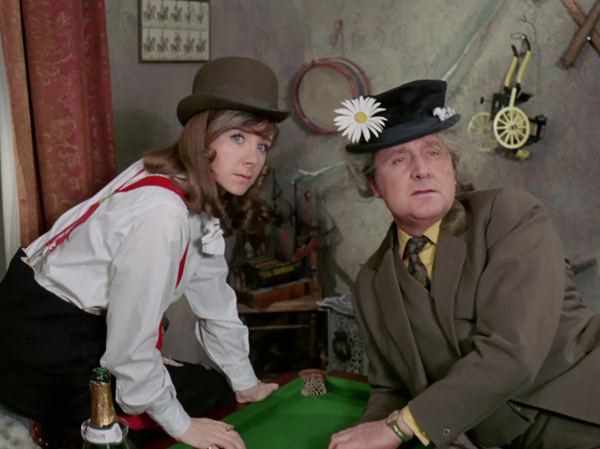