Steed, given the opportunity, I could make you look a one-hundred-percent, double-dyed traitor.

Jeremy Burnham’s last contribution to the show is a likeable but slight framing tale, but this time, rather than Steed or Mother, all the evidence points to Tara King. There’s also a rather crucial issue, in as much as it bears little scrutiny that someone as innocuous would be the trigger to destroy the country, even when the dastardly plan has been explained.

Dangerfield: You know, most people’s feet are so ugly. Mine are so elegant.

The conceit is that Tara has been assigned to test the impregnability of defence computer the Field Marshall – Steed designed its security system – and the scheming villains, led by foot-fetishist Dangerfield (Alan Wheatley, Temmosus in The Daleks) – albeit, regarding his own feet, so Quentin Tarantino need not feel he has direct competition – are intent on making it look as if she is passing on vital information relating to the machine. Thus, it will be considered necessary to dismantle the Field Marshall and install new circuits, which will take 48 hours, during which time the country will be defenceless and a rocket attack can be initiated by Zaroff’s unnamed employer. Yeah, it’s water-tight, isn’t it?

Dangerfield: Poor child, there’s so much evidence against her.

Dangerfield’s strategy, with the aid of Zaroff (Alan Browning, 2.15: Intercrime), is replete with rudimentary leading devices implying Tara’s culpability, such as sending her flowers, making payments to her account (£2k), stopping her on the street and asking for directions (so it looks like a pre-arranged meeting), and phoning her up and making suggestive remarks.

Oh, and Fairfax (William Marlowe, The Mind of Evil, Revenge of the Cybermen) showing up dead, killed with Tara’s gun. Nevertheless, this has the desired effect, with Mother taking her off active duty and ruthless bastard Gilpin (Alan McNaughtan, 4.1: The Town of No Return) putting her under house arrest and informing her he will shoot her if she tries to escape (she does, and he’s overpowered before he can).

Dangerfield: Vandalism. Sheer vandalism.
Tara: What is?
Dangerfield: The need to destroy something as beautiful as you.

Tara being hung out to dry is much more convincing than if it had been cool, collected Emma, and you buy in to her desperation. Although, she does require Steed to rescue her when she finds the villains’ lair and is tied to the ropes of a boxing ring.

Steed’s method of locating Tara is particularly canny, calling on the services of Miss Gladys Culpepper (Aimée Delamain, 3.12: November Five, the Doña Arana in The Two Doctors), who lip reads the footage of Zaroff’s street meeting with Tara and recites his instructions to the taxi driver.

Delamain is a gem, noting how she hasn’t seen a Kinema since Mr Valentino passed away and that she knew Steed’s grandfather. Steed has another inimitable moment when, recognising a fellow man of taste (“What a lovely suit”), he takes the time to note the name of Dangerfield’s tailor after incapacitating him.

Steed: To Tara King, of whom I never suspected funny business for one moment.
Tara: Never?
Steed: Well, almost never.

Mother has a set up shop in a church vault, and Steed toasts Tara in the coda via a champagne fountain. Wheatley seems to get a lot of praise for this one, and he certainly has some choice lines, but I couldn’t rid myself of the feeling that the role was intended for Leslie Phillips, so the actual choice inevitably comes up a little short. 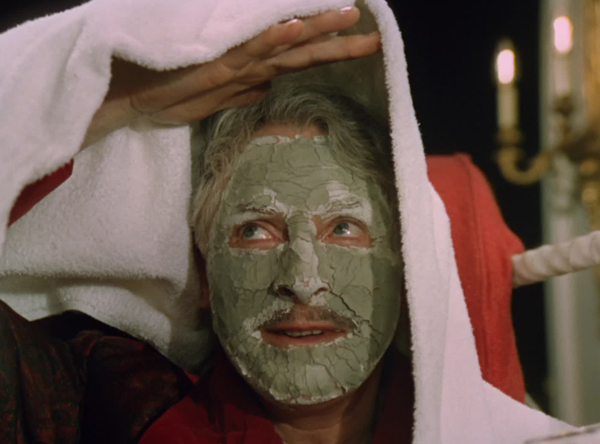 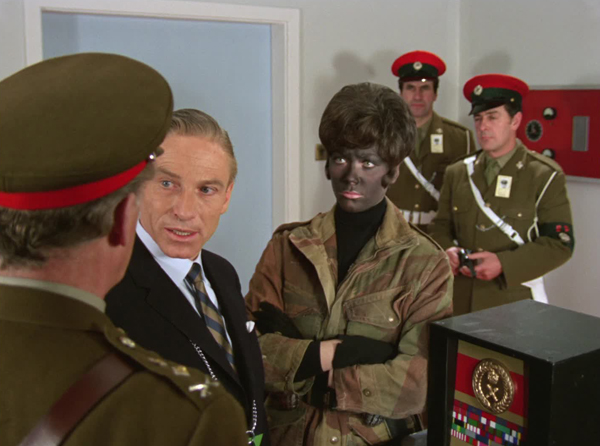 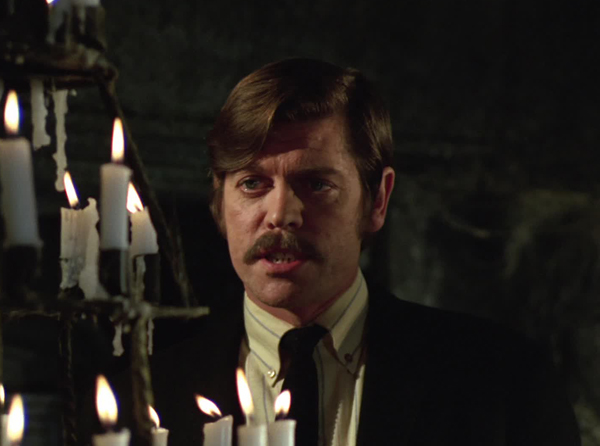 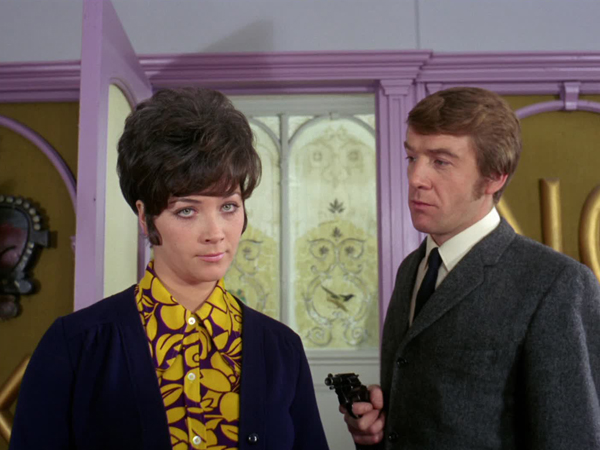 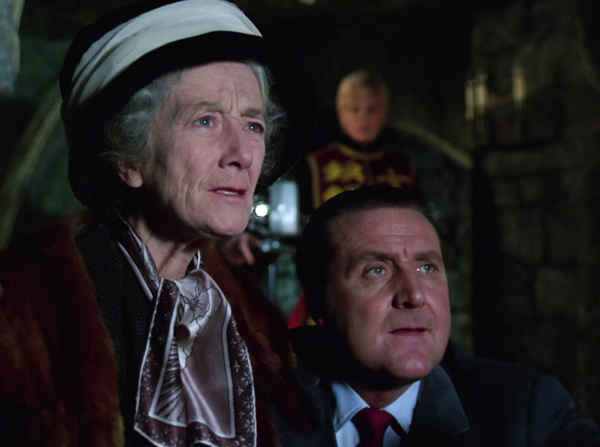 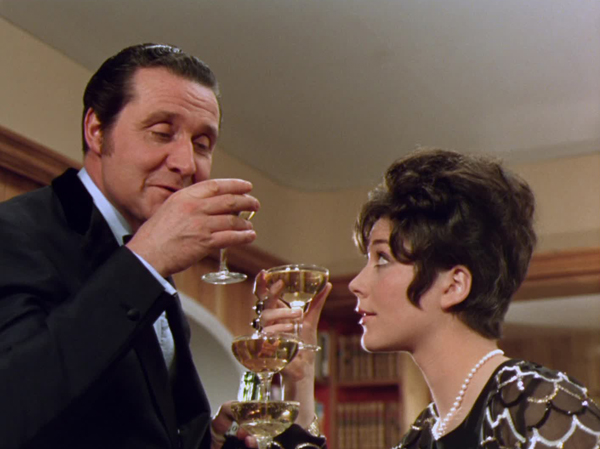