Body snatchers in this day and age?

Perhaps I was just being kind as it’s the last episode, or that I liked the final scene (which I still do like) but I had it in my head that Bizarre was a slight but agreeable way to go out. I was right about the slight part.

Mother: Are you sure he was dead?
Steed: No respiration, no heartbeat, ice cold. Yes, he was dead.

Mainly, its problem is that, rather like Requiem, it’s deathly dull and seems to be repeating the same unfunny skit ad infinitum. There’s no tension or surprise involved (the nature of the scam is pretty obvious; it’s even been used previously, effectively and more inventively, in 3.9: The Undertakers) and the whole thing looks very cheap, which hasn’t often been the case with the show in the colour era. I guess they had their pink slips by then, though, and funds were drying up.

I mentioned Ola from 3.7: Don’t Look Behind You in reference to the previous episode’s loony Circe, and now we have Sally Nesbitt back, who played Ola Mk II in 5.15: The Joker, only in a rather thankless role as Helen, thrown from a train in her nightie and reporting a dead man, Jupp (John Sharp, 2.13: Traitor in Zebra, 5.22: Murdersville).

There’s also Roy Kinnear (3.25: Esprit De Corps, 4.15: The Hour That Never Was, 5.5: The See-Through Man) in a very Clemens tradesman-with-a-stupid-name role, as the proprietor of Happy Meadows Funeral Home, Mr Bagpipes Happychap. In the first instance, this isn’t the usual breathless, nervous Kinnear part, but don’t worry; by the end, he’s doing pratfall pass-outs at the sight of a trail of bodies rising from his graves.

The cemetery is a very obvious studio set, and the underground pad housing the “deceased” looks even less ostentatious. Some of the narrative decisions make little sense. If the villains are so concerned about witness Helen identifying a dead man as alive, why send a dead man (Bradney Morton – Frank Maher) to kill her, since this will only confirm there’s mischief afoot (he officially died of a heart attack six months ago)?

Steed: They say you can’t buy your way into heaven, but I aim to try.

I wondered slightly at the large role for Captain Cordell (James Kerry, Blake’s 7 Countdown), since it seems almost like a prototype for Gambit in The New Avengers… until he makes a fatal mistake during his stay under Happy Meadows – being recognised by Charley (Ron Pember, 1.18: Double Danger). Thus, Steed’s required to be the next applicant. In charge of the scheme is the Master (Fulton Mackay, 5.18: Return of the Cybernauts, 6.10: You’ll Catch Your Death), supported by Shaw (George Innes).

The Master: I am the Master. I am also a charlatan, A fraud. A taker-in of the gullible.
Steed: Well, that makes two of us.

The Master: Really, Mr Steed, this morbid curiosity is verging on an obsession. If it’s digging you’re interested in, why don’t you take up gardening?

Happychap is given much aggrieved cause to dig up graves continually. The underworld consists of girls feeding guys grapes (“The mind boggles. What would it be like, I wonder, if I’d lived a completely blameless life?”) and Mother becomes frustrated with developments (“I wonder if it’s too late to hand this case over to another department?”). Until Tara busts in through the bottom of a grave/roof and helps clear things up (“Steed is alive and well, but he’s staying in paradise”).

The Master: Death is only the beginning, Mr Steed.

The coda is perhaps the series’ silliest, and therefore an entirely appropriate send-off (Notably, The Prisoner also finished with a rocket lifting off). Steed has constructed a rocket in his backyard but hasn’t received all of the instructions (asked how he stops it, he replies “That part arrives next week”). Although, he’s confident he can get them down eventually: “There’s no hurry, is there?” So yes, it’s a final encore for Tara going gooey eyed at Steed. Fortunately, the last word goes to Mother, also disapproving of such behaviour:

They’ll be back. You can depend on it… They’re unchaperoned up there! 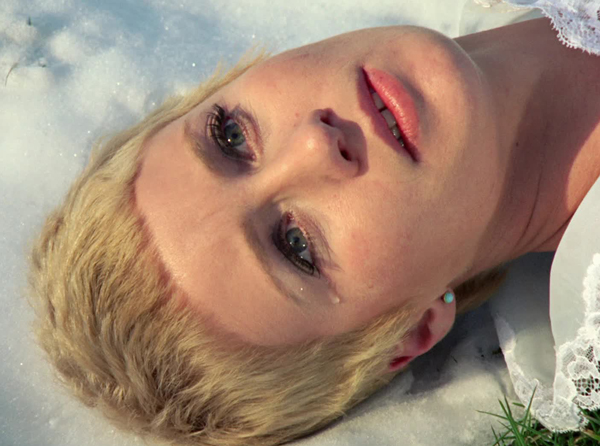 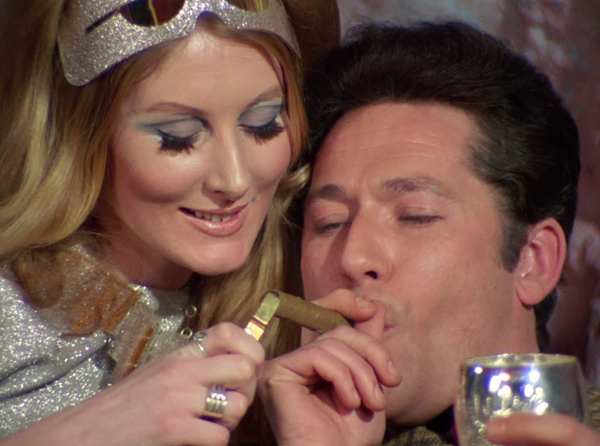 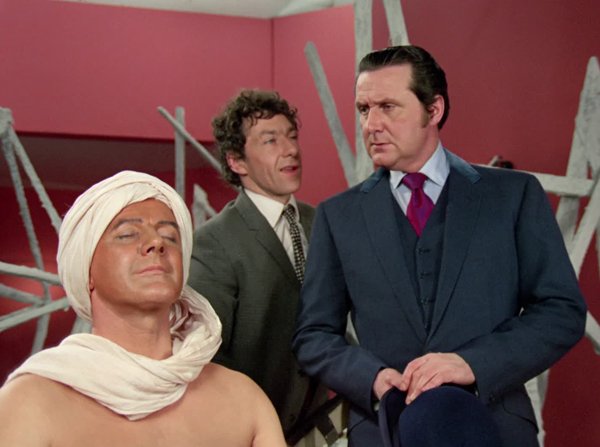 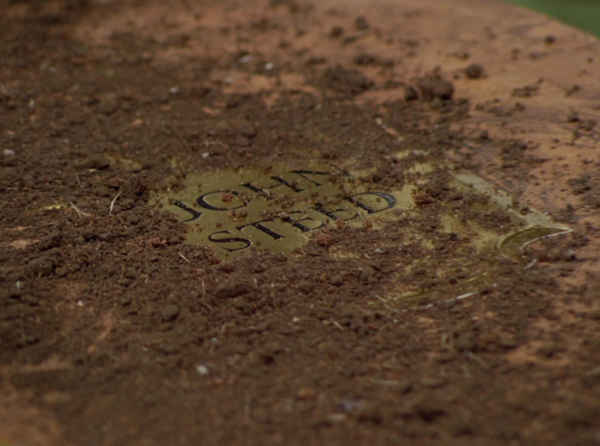 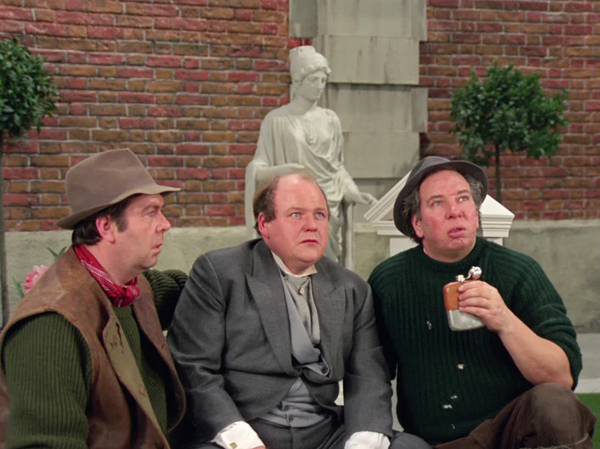 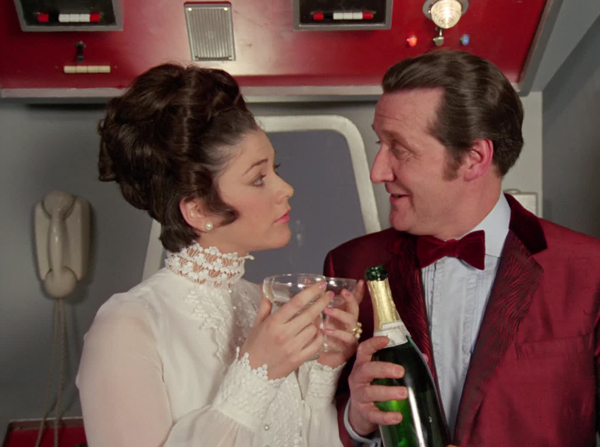 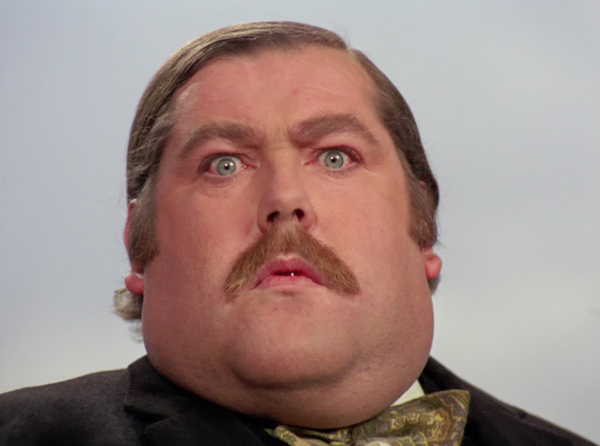