Another like My Wildest Dream, Whoever Shot Poor George Oblique Stroke XR40? is equipped with a decent-enough premise but rather falls down by having nowhere interesting to take it. We don’t know precisely why the titular computer has been sabotaged until quite late in the proceedings, but we could have guessed (it’s assumed that Pelley was feeding George top-secret equations, hence the “PELLEY… TRAITOR” message, but he was actually telling George he was held captive, for the purpose of revealing that old reliable: “full details of the seek and destroy mechanism of the anti-missile system”).

Ardmore: The next few hours are critical. We’re feeding electricity to him, hoping he’ll respond.

Indeed, the best part of Whoever Shot is the title, suggesting something considerably more eccentric and self-aware than it is. On that score at least, we get a redux of 4.8: The Gravediggers’ surgery on a bomb in amusingly operating-room style, as Doctor Ardmore (Anthony Nicholls, 2.20: School for Traitors), cyber-surgeon, is called in to work on “the finest electronic brain in the country” (which has been on the receiving end of both barrels of a shotgun, at close range). He duly requests that the area is scrubbed and vacuumed and warns George’s pulse is erratic: “You haven’t got long”. Steed tells Tara to remain in observation as “he might cough up the answer to Baines’ equation”.

Later, Tobin (Frank Windsor, the Scoutfinder General in The Goodies’ Scoutrageous, and also appearing in The King’s Demons and Ghostlight), in cahoots with the villains, pours half a pint of acid into him (“He’s been poisoned!”) It becomes necessary to try a brain transplant into earlier model Fred MK II (“By comparison, a half-witted empty-headed fool. A moron” – a bit harsh). Little is made of George beyond this, however, with Tara’s speculation over his sentience left unexplored (“Well, does George have judgement of his own? I mean, can he interpret facts for himself?”)

Ardmore: What on earth did you hit him with?
Steed: With a great deal of venom.

Steed lands a well-aimed shot on Tobin as he attempts to kill Fred/George, and Macnee rises to the challenge of what he’s given, which is middling. He doesn’t drink during this episode, disapproving of the blotto blatherings of Sir Wilfred Pelley (Clifford Evans, Number Two in Do Not Forsake Me Oh My Darling, 4.5: Dial a Deadly Number, 5.17: Death’s Door), the inventor of George (“It is a little early”).

He also has a decent scene or two opposite Dennis Price, the latter posing as “general factotum” Jason (a riff on his Jeeves role only a couple of years earlier) – “You’re very loyal”: “Yes, very loyal”. Price doesn’t get much chance to be the villain once he’s revealed as the ringleader, alas, occasional line aside (“Fire is so very cleansing, don’t you think?”, of burning down the summerhouse with kidnapped staff and Tara inside).

Loris: You expect to stop us? One man?
Steed: Strategy. I’m expecting a surprise attack from the rear.

Steed kills Jacobs (John Porter-Davison) with a bowler ricochet. He also performs a neat trick of standing the unconscious Keller (Tony Wright) to attention in the hall, before revealing himself. The subsequent exchange with Loris (Judy Parfitt, 2.8: Bullseye, 3.17: The White Elephant, 5.2: Escape in Time) is baffling, though. Why does she think Steed wouldn’t be able to stop the two of them? If she’d had ten armed men behind her, that might have made sense. Particularly as Tara then stops the pair – one woman – by sliding down the bannister.

Baines: Not a curve anywhere. Why, to have curves in my place would be sacrilege.
Tara: Um, in that case, perhaps I’d better…
Baines: No, no the furnishings. I don’t like right-angled girls. Although, I don’t mind girls with the right angles. Heh heh.
Tara: Ohhhh.

It’s a pretty good Tara episode, actually, albeit with some peculiarities. She spends the first ten minutes in fancy-dress, face concealed. You’d think she had a blemish or something, as it’s hidden again, in a surgical mask, when we next see her (Steed gets the nurse wrong: “Having fun?” asks Tara, appearing behind him. “Well, she’s been saying yes to something” comes the reply).

Jason: You see, I am an impostor too.

She’s also called upon to impersonate Pelley’s niece Prunella, complete with American accent (the resemblance is in the knees). Which Thorson does nicely, being Canadian. But then Tara is required to be a blithering idiot, handing Jason the gun as she tries to get into the cellar while telling him she’s an impostor – but keeping the accent as she does so. Steed blames himself for telling her she could trust him, but what he actually said was that she should make friends with him. Rather different.

Tara: What now?
Steed: This goes straight onto the top-secret restricted list.

An amusing coda with Steed informing Tara that he asked George for the recipe for the most delicious cocktail in the world; he receives the answer in five seconds. Unfortunately, when he adds the final ingredient, an olive, the concoction explodes. Just as well he has a bottle of champagne in reserve. 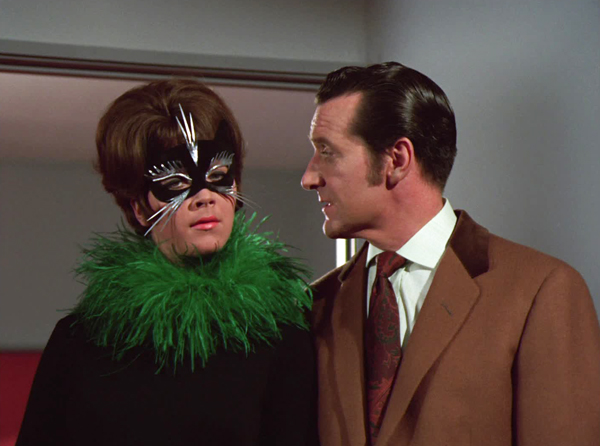 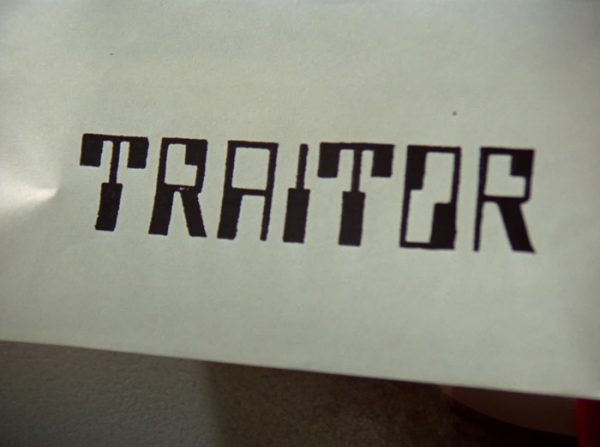 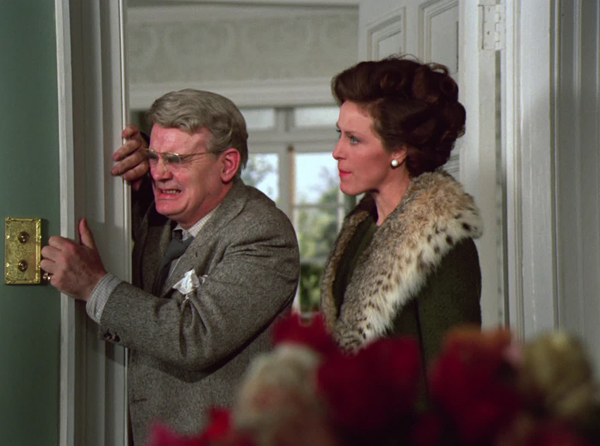 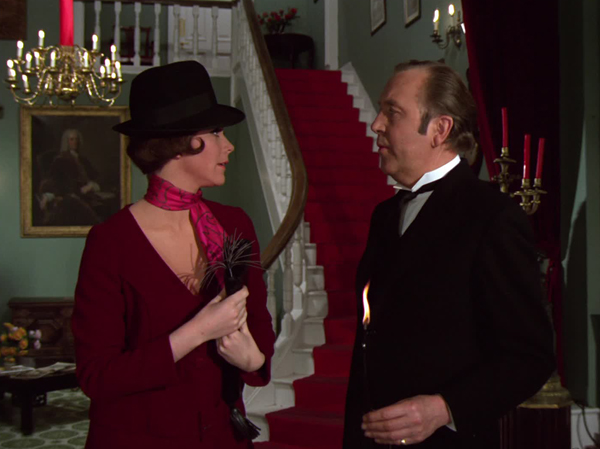 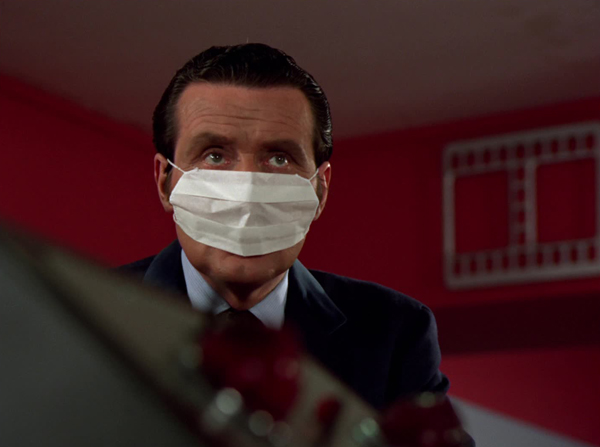 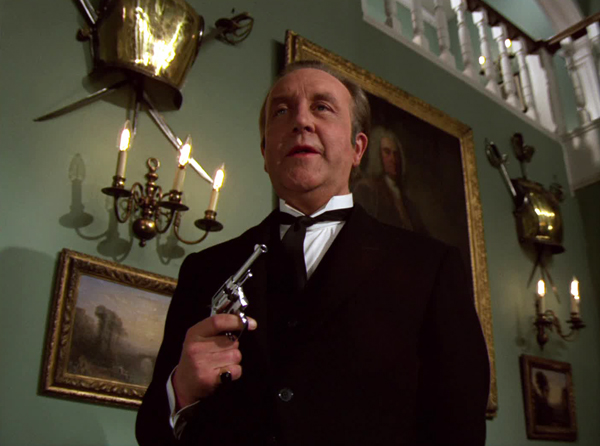