Move away from the jams.

I was never overly enamoured by the early ’90s renaissance of Disney animation, so the Beauty and the Beast and Aladdin raves left me fairly unphased. On the plus side, that means I came to this live-action version fairly fresh (prince); not quite a whole new world but sufficiently unversed in the legend to appreciate it as its own thing. And for the most part, Aladdin can be considered a moderate success. There may not be a whole lot of competition for that crown (I’d give the prize to Pete’s Dragon, except that it was always part-live action), but this one sits fairly comfortably in the lead.

From what I can see, Aladdin 2019 sticks fairly rigidly to the 1992 version (Guy Ritchie and John August still wangle screenplay credits, however), but with an additional romantic subplot for the Genie (Will Smith) and some extra – as in, on top of the nascent struggle for marital rights of the animated original – female empowerment for Princess Jasmine (Naomi Scott). The latter is squirm-inducingly crude, with power anthem Speechless written especially for the movie and dad (Navid Negahban) abdicating his Sultan-ness so that his daughter can take his place.

For which, the movie’s in good company this year, what with Avengers: Endgame proving similarly as subtle as a brick, and all the worse for getting accolades for playing the progressive card in the most cynically base manner. I guess Disney will do anything they can to ensure their various princesses have been fitted out with as much feminist cred as they possibly can, up to and including patronising their target audience (who may not know the difference, but where’s your self-respect, Disney?) It’s probably fair comment that Jasmine was formerly lacking somewhat on that front. A shame this late-stage shamelessness wasn’t handled with a bit more aplomb, as Scott – who reminded me a little of Sarah Michelle Gellar – is a highlight of the movie, adept with the vocals and possessed of good chemistry with Mena Massoud’s Aladdin.

This bears emphasising, as the odds looked stacked against Ritchie’s venture into Disney territory from the first, with the debate about how his style would clash with the Mouse House, the casting difficulties the picture experienced, and the underwhelming first look at Will Smith’s Genie. Indeed, everyone in the movie looked stiff, insubstantial or unenthused in the early promotional materials, so it’s a relief that all those in prime positions work so well.

Massoud brings strong comic timing and physicality, and an easy rapport with Smith (the jam routine). And, if his singing voice isn’t amazing, well, it at least matches the generally perfunctory execution of the numbers. Smith is really good when he’s allowed to be Will Smith, rather than required to go through the motions of that ker-razee Robin Williams material (this is where the movie is guilty of slavishly following the original’s best beats, even if it’s to the detriment of the whole; The Jungle Book made the same mistake by including the classic songs).

He’s particularly affecting as a slightly (only slightly) bashful human incarnation wooing Nasim Pedrad’s Dalia (who also has great comic timing). Marwan Kenzari’s Jafar fails to enter the pantheon of villainous greats – you really need the villain in this sort of fare to be so joyously rotten that you root for them – but he’s sufficiently serviceable (Alan Tudyk, however, is typically great voicing parrot Iago). On the support front, Billy Mangussen steals his two scenes as an idiot prince of Skånland.

As for Ritchie, he’s definitely on tempered form, keeping the action sequences rattling along nicely – notably anything with the carpet – but only really attempting to apply his style to the musical numbers during the opening, parkour-infused One Jump Ahead. As a consequence, the Bollywood-inflected routines tend to pass by without much claim to the attention. The visuals and general design are big and cartoonish, but Ritchie’s stylistic verve has always come from a musical approach to editing, and that’s largely absent, alas.

The effects work is up to snuff, although Iago is much more engaging than the slightly uncanny-valley Abu (with those two and a tiger left over from Jungle Book, Hollywood animal trainers of yore must have all packed up and gone home). His best moment finds Genie atypically – for all his irreverence – fourth-wall breaking, as Smith “steps” into the audience and rewinds the reel to view Abu’s responsibility for the first wish. A moment worthy of Joe Dante.

So, of the four live-action Disneys this year, I had Dumbo pegged to go great guns and it only went and stiffed, while I thought this would be a stinker and it has turned out to be quite enjoyable. Coming up, Maleficent 2 looks every bit as enticing as the first, while The Lion King still appears too damn photoreal to evoke any real emotional response. But seems like it will nevertheless be unstoppable.

It’s unlikely that Aladdin, for all its relative merits, will entirely brush off those initial bad vibes; certainly not to the extent that its box office will reflect the love of the original. And there’s also, as if it needs saying, the factor that parents may be becoming a bit choosy on what they drag the mites to when there’s a deluge of Disney reheats available each year rather than just that one crown jewel. 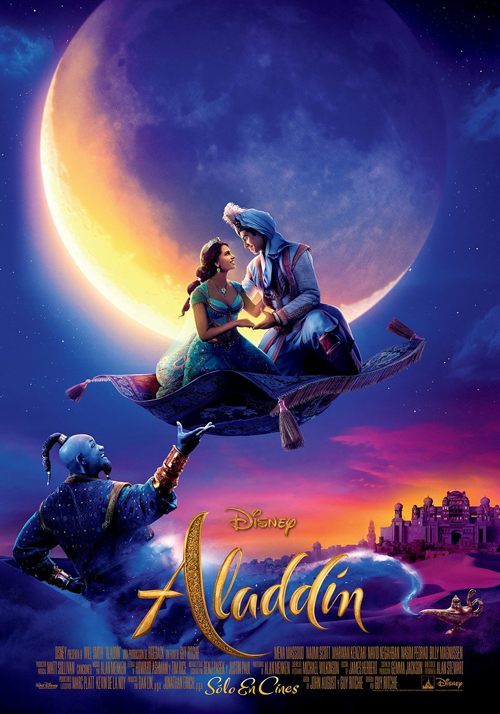 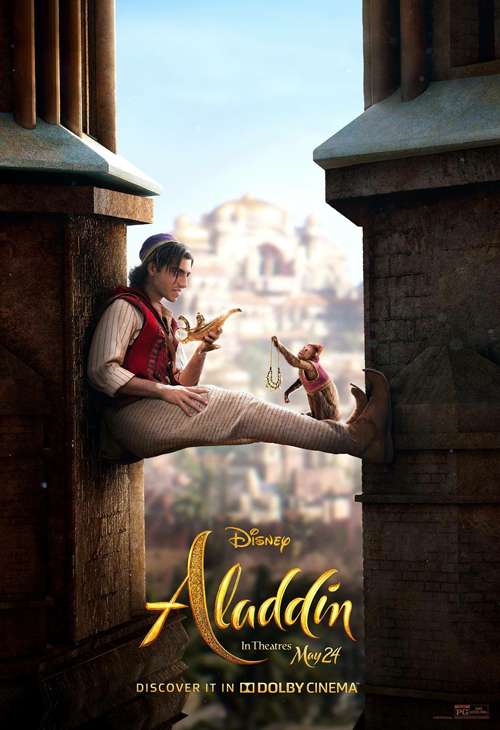