What about large, blind, fat girls with boils?

Bruce Robinson’s mostly forgotten sophomore outing is in step with more than a few directors’ crash-back-down-to-earth second feature following a much-feted debut (Kafka, Southland Tales). He allows his passion to get the better of him, and the result is a high-concept, one-joke state-of-the-nation polemic that isn’t nearly as sharp as it would like to think. Mainly because it mistakes a point for a bludgeon.

Robinson isn’t alone in this type of hoisted-by-one’s-own-petard thinking; Downsizing is just a recent example of blithe disconnect with a sketch concept that audiences simply won’t be interested in, stretched to feature length. Even in outline form – a vituperative boil growing on adman Richard E Grant’s neck becomes a second head, subsuming his actual one, and so takes over – it was obvious How to Get Ahead in Advertising was on rocky ground.

It doesn’t help that the delineation of the various stages of REG’s Denis Dimbleby Bagley’s dementia is so skew-whiff. He’s at his most enthusiastically jaundiced – Withnail-esque, if you like – during the first half hour, before he has a crisis of faith in the advertising industry and resigns. So basically, he’s required to become a weak figure in order that the strong, undiluted, moustachioed boil can take over. However, he hasn’t been in the throes of a breakdown long enough for that character to make a mark. The boil version is a less playful, less fun version of the original ethics-impaired incarnation.

Essentially, Robinson comes up with a highly inelegant concept for his split personality, one that’s visually off-putting and clumsily broad and literal; you can pull this kind of thing off, as Fincher proved a decade later with Fight Club, but you need much more robust underpinnings at the outset.

One might charitably suggest the literalness of approach is simply a gauged response to the climate of the time, the choke of Thatcherism and “greed is good”, and thus the cynical, barbed, diatribe of spleen is entirely appropriate. That rather lets Robinson off the hook, though. Alistair Owen, in Smoking in Bed, suggested the film was Swiftian to Robinson. Although, lest that seems like a way of suggesting its flagrant excessiveness is fine, he also thinks the picture’s problem is that “it tries to say everything about everything”.

Robinson seemed accepting of this, agreeing that “it becomes too didactic, too much of an earful, and therefore it’s self-defeating”. He recalls how, when he first took his now-wife Sophie Windham out to dinner, he launched into an hour-and-a-half speech about Maggie; “She told me that after about twenty minutes she just cut off and nodded. And that’s what became of the film: most of the audience cut off and nodded”.

And that’s it, essentially. There’s nothing for the picture to do besides showcasing the Boil venting bile. There are no real characters or subplots to take the pressure off. Rachel Ward has the thankless, reactive wife role (Robinson recognised this as an issue, admitting he would make her more proactive in retrospect, but it’s really the same problem for everyone who isn’t REG). Robinson voiced the Boil, whose views are essentially Thatcher’s views (hating trains) or those of her ilk.

Other characters come and go, Richard Wilson less effective than he should be as Bagley’s boss, Jacqueline Tong as hypocritical vegan feminist Penny (“Fish is allowed!”) – who does rather stand out as an object of Robinson’s invective, whatever he may profess about her simply being a focus of Bagley’s blinkered censure – and John Shrapnel as Bagley’s psychiatrist (also blink-and-mess-them are Sean Bean, Tony Slattery – in the era of his presenting Saturday Night at the Movies; remember that? Just me then – and the recently departed Jacqueline Pearce).

Robinson said he was particularly motivated to make the picture as an exasperated response to Maggie’s third election victory, but believes his unfiltered approach got the better of him: “Using the word “Advertising” in the film was a mistake; that wasn’t what it was about… It shouldn’t have been called that because it primed the audience or critic or whoever was looking at it to think that this was some maniac raving about advertising, and it wasn’t. I don’t give a fuck about advertising. For me it was more like Nineteen Eighty-Four. Orwell said Big Brother will watch you, and the truth is we watch it. We come in every night with our gourmet supper from Marks & Spencer, stick it in the microwave, dump arse on the couch, and sit there of our own free will being told by someone with a vested interest what’s going on out there”.

Indeed, what he’s talking about, as a snapshot of where we are as a society, is – again – very similar to Fincher’s approach to Fight Club a decade later, only he managed to do it in an accessible way (even if it was only in its home-media afterlife, and with a good portion of the audience – purportedly – getting the wrong end of the stick).

Bagley: I don’t need to look at the market research. I’ve lived with thirteen-and-a-half million housewives for fifteen years and I know everything about them!

Robinson is similarly acute – if perhaps a little over self-critical – in recognising what works, noting “There are two big speeches in Advertising, one at the beginning and one at the end, and you may as well go home after his opening speech, where he talks about advertising. It’s the best part of the film, I think”. That’s not so far from accurate, although, as I’ve said, I think the opening third is mostly pretty good.

I hadn’t revisited the picture in near-enough a couple of decades, and I remembered it more highly, perhaps forgiving it its hammer-to-crack-a-nut approach because I was responding to the REG performance, whom I believed could do no wrong at one point (even though that was obviously not the case, even then). Bagley’s tirade on selling Nosh Pot – clearly referencing Pot Noodle – has the delight of Grant tearing into great vitriolic dialogue (“Whatever it is, sell it. And if you want to stay in advertising, by God, you’d better learn that!”).

Bagley: Compared to this, piles was a birthday present!

A subsequent lunch between Bagley and his wife finds Robinson indulging cheap but nevertheless amusing tried-and-tested comedy of misunderstanding – “I did not have a terrible time with piles!” exclaims Bagley of a previous account, to the concerned look of fellow patrons. Later, Bagley delights in offending a selection of train passengers, one a priest, as he announces “I’m an expert on tits. Tits and peanut butter. I’m also an expert drug pusher. I’ve been pushing drugs for twenty years”. And “I’ve had an octopus squatting on my brain for a fortnight” is a line worthy of Withnail himself. The subsequent dinner party, featuring his tirade against the aforementioned Penny, is also REG in full flow (“What rot. Why shouldn’t we have a row?”; “I’ve had a drink, thank you, and now I’m going to have another”).

Bagley: They’re cutting down jungles to breed hamburgers, turning the whole world into a carpark.

It’s once Bagley no longer has the courage of his convictions that the picture begins to drag. The boil conceit is weak, and the effects are less than stellar; Bruce Campbell carried off the two-headed nemesis thing much better a couple of years later in Army of Darkness. The cartoon bluebirds are a nice idea, but as Robinson tells it, they couldn’t afford the animation so they were unable to use them throughout. As a result, the point was lost (as it is, it looks like they’ve fluttered in from the same year’s Fletch Lives!) Parts of Advertising feel like an over-extended but undercooked Comic Strip Presents, so blunt is the instrument.

Robinson places no restriction on himself in respect of content, and consequently, he encourages an ungainly free for all, from the bizarre (“My grandfather was caught molesting a wallaby in a private zoo in 1979”), to the environmental (“In 25 years, the Brazilians will be fixing oxygen prices in exactly the same way as the Arabs fixed the price of oil”), to the apocalyptic (“We put an added ingredient in bombs these days. It’s called peace”). Robinson opined that the picture would have turned out better if Handmade hadn’t cut a million off the budget, saying that, at key points, he wanted to evoke the expense of a Hugh Hudson film in terms of cinematography. Maybe, but I’m not entirely convinced it would have made a substantial difference.

Admittedly, the final speech (“The world is one magnificent fucking shop”) is a good one, originally intended to end the second act, and it does employ something of the visual panache Robinson was suggesting, with Bagley presiding over a new Jerusalem atop a hill to the strains of Holst’s Jupiter Suite. But it’s still something of a shrug to conclude the picture on; we haven’t actually moved anywhere in ninety minutes. Not really. Of the director’s four pictures, I would probably have had this as the runner up before this viewing. Now it might be trailing the pack. Which reminds me, I need to give Jennifer 8 another look… 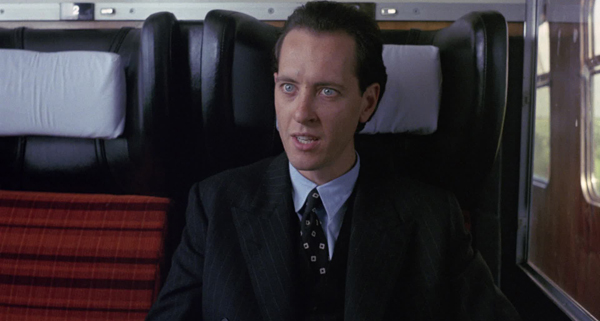 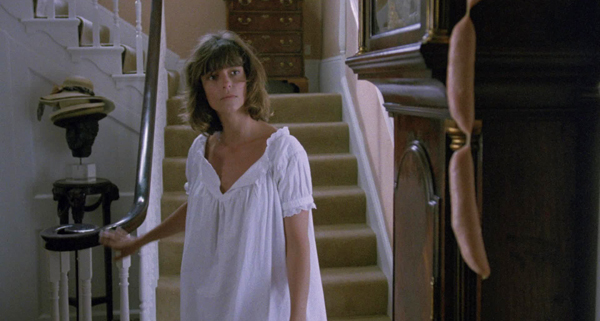 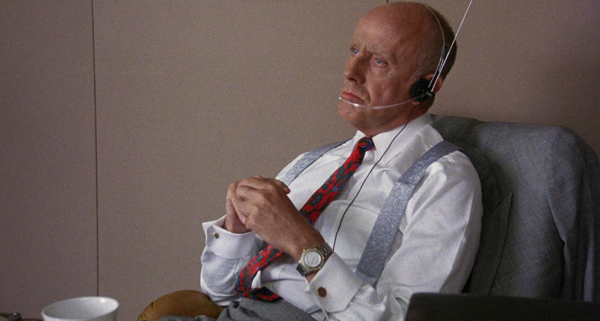 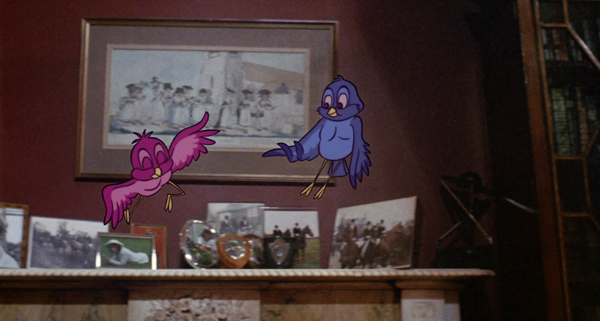 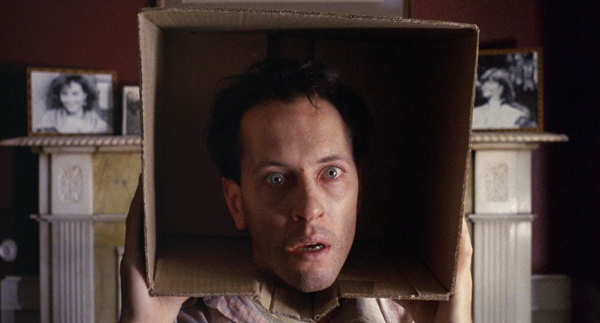 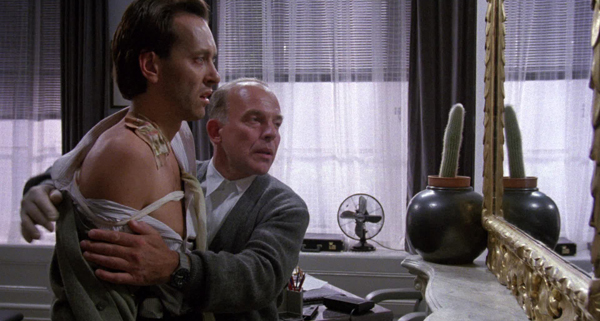 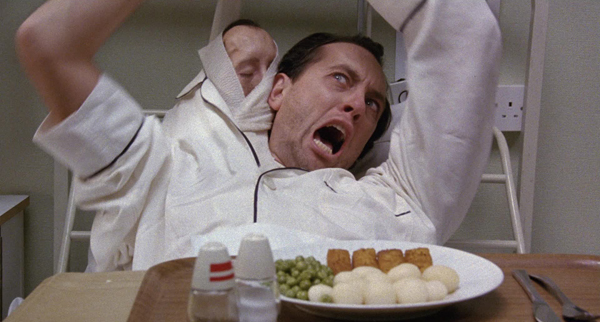 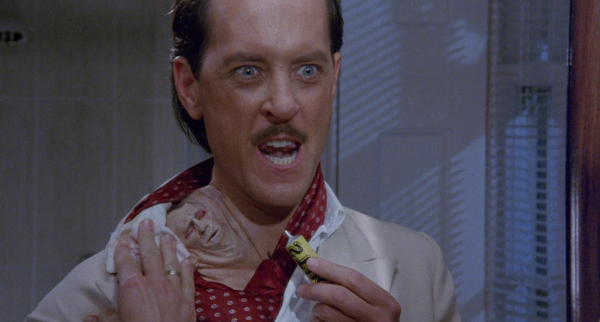 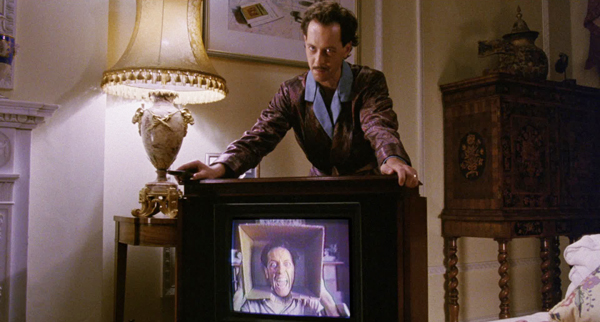 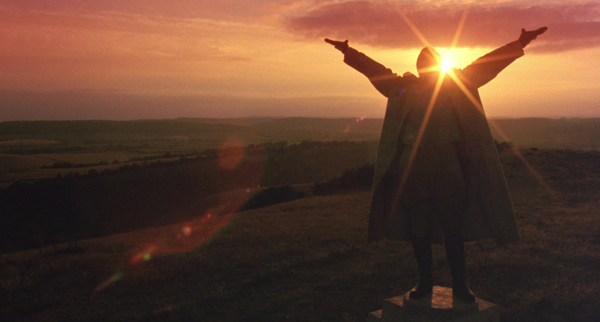 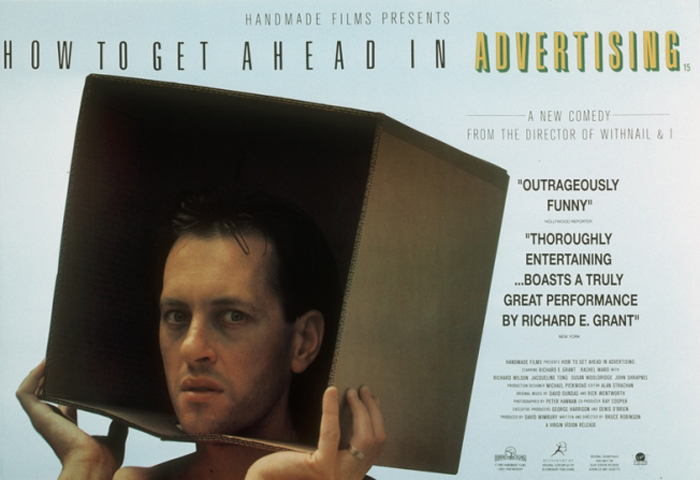