I’m not one of those who thought the John Frankenheimer-inherited The Island of Dr. Moreau was one of the worst movies ever made. Indeed, I found it very patchy – so reflective of most of the director’s efforts by this point in his career – but actually quite entertaining, much of that down to the absurd performance from Marlon Brando, who if this documentary from David Gregory is anything to go by, really had it in for the film’s producer New Line.

Although, that could speak for Brando’s attitude to anything he stumbled into, searching for spare cash, by this point in his career. Invariably, he was the most notable, dare I say prominent, part of otherwise middling-at-best fare.

Richard Stanley’s career hitherto, making a name for himself with Hardware at a fledgling 23 and following it up with the ill-fated Dust Devil, had also been mixed. His debut was something of a minor hit (particularly on video), a micro-budget Terminator knockoff that was technically accomplished but which left me otherwise unimpressed – aside from the PiL-infused trailer.

But I rather liked Dust Devil, positing Robert John Burke as a supernatural Namibian serial killer (the mirror scene is iconic); it’s one I really ought to revisit, particularly as it seems it has been released in a fuller version than the one I probably saw at the time. Certainly, the ideas there confirmed Stanley as a talent worth following, so it’s ironic it would be his last – so far – completed fiction feature (although, it might be about time to pull a Terrence Malick on us, if he’s ever going to).

I recall articles on the production nightmare surrounding Dr Moreau at the time, in particular one in first issue of the much-missed Neon magazine, the hipper sibling to Empire. That sets the scene for the Stanley who struck it too big, too fast, in an enterprise that escalated out of control and beyond him, once he made a deal with Ed Pressman. It also includes character background the doc misses out, with more detail on his childhood, and then his time in Afghanistan during the Soviet-Afghan war (see Rambo III and The Living Daylights for authentic accounts), his run-ins with Harvey Weinstein over Hardware merchandising (cyborg dolls and poppers for sex shops), and how he watched the finished movie tripping at Cannes.

The latter titbit’s particularly telling, as one forms a strong sense of a very mid-twenties, occult-freak stoner about the Stanley circa Dr. Moreau – although, there’s no reference in the doc to drug use on his part until he’s gone AWOL (and, to be fair, that mysticism-and-fringes-lurking figure persists in the older one who has found solace in France and the former haven of the Cathars). That sense lingers with his clobber; Stanley dressed then, and to an extent continues to do so at the time of the documentary, like a Fields of the Nephilim groupie (not so much his white linen suit on Dr Moreau). So it’s perhaps appropriate that he made a video for them.

To be honest, the concept material we see for Dr Moreau displays the same lack of restraint and discernment that put me off Hardware, with skewed attempts to justify a modern setting – the arguments about how HG Wells would have approached it now are presumptuous, since Dr. Moreau is intrinsically a product of its time; that’s why The War of the Worlds never quite works when modernised, and yes I’m including Spielberg’s version – and a taste for excess (the pig lady biting Montgomery’s dick off). If Stanley didn’t understand how the system worked, it really just meant he was kidding himself.

If his approach to tone probably did him no favours, former New Line boss Robert Shaye consistently comes across as standoffish and disinterested in the project, while noting the director was a “somewhat unusual guy” (even Pressman, who has mutual respect for Stanley, notes “He’s and odd character, but I’ve worked with many odd characters as directors”).

Richard Stanley: Knowing that the odds were stacked against me, I resorted to witchcraft.

Who knows, if Stanley hadn’t couched the experience in spell-casting, maybe he wouldn’t have had a productive meeting with Marlon (amid the news Roman Polanski had been selected to take over). But maybe he wouldn’t have had encouraged a foreboding mood to percolate through the project either; Stanley talks about how he hit it off in the crucial meeting with Brando who “took a shine to me” (in Neon, he put it down to the actor’s fascination with his accent) and the Kurtz/Conrad/Wells link (there’s also mention of Stanley’s great-grandfather, a reported influence on Kurtz). But he evidently thinks subsequent derailment of his hopes and dreams is down to his pact with the devil.

Which makes sense, at very least from the point-of-view of the size of film it became, with someone of Brando’s significance attached; Bruce Willis came on board, and then James Woods (neither of whose involvement I’d been aware of), and the picture gradually began to escape Stanley’s grasp.

Willis exiting and being replace by Val Kilmer only compounded problems (although Stanley was sanguine about the actor in Neon: “He’s the kind of guy who would walk down a beach with a china teacup and just leave it there. He’s not someone that’s used to picking up after himself. One can’t really fault that guy for being a bit of an asshole”). Two difficult leads on a picture was a recipe for hellishness for any director, as Frankenheimer was to discover (“When Frankenheimer was on set one day, I remember him say to a few of us… if I was directing a film called The Life of Val Kilmer, I wouldn’t have that prick in it”).

It’s executive producer Tim Zinnemann who comes across as exerting the most antagonistic influence on Stanley’s presence on the picture, though, instantly taking a negative view of his capacity to guide the project and being the first to suggest he be replaced when problems arose.

Maybe Stanley wasn’t helping himself, if reports that he wasn’t attending production meetings and was sequestering himself in his very nice Queensland pad were true, but it’s abundantly clear there were those on the production side willing him to fail, or to give them reason to remove him, and he evidently played into their hands sufficiently. I’m unclear why Rob Morrow got quite as upset as he did so quickly – he took Kilmer’s original role when the latter opted for the Woods part; Thewlis, who barely gets mentioned, eventually replaced him – but it’s evident Stanley hadn’t worked out the action sequences he decided to shoot with the actor, or discuss them with his AD.

Fairuza Balk: And he said “No. This is all insane. I’m getting paid. You’re getting paid. None of the scripts make any sense, so why worry? You know, do what you’re doing. You’re beautiful, don’t worry about it”.

Fairuza Balk is a consistently sympathetic presence, forced to remain on the movie after Stanley was axed by threats she’d never work in this town again (there’s also her conversation with Brando above, when she sought to discuss characters with him).

The gratifying side is how nothing went any better with Frankenheimer, “one of the last old school screamers”, calling the shots and evidently capitulating to all Brando’s requests, which included wearing an ice bucket on his head and promoting Nelson de la Rosa, the shortest man in the world (the sex-crazed inspiration for Mini-Me), to his right-hand man over Marco Hofschneider (consistently great value as a wry interviewee).

The sections on New Line are as interesting as those on Stanley’s tribulations, although it’s a shame we never get any insights from Michael de Luca – who scripted Carpenter’s last great movie In the Mouth of Madness, a short while before this picture came got the greenlight – as he’s suggested to have been amused by the manner in which the production spiralled out of control. He incurred Shaye’s wrath over allowing Brando to be hired at all, because the actor was “an incredible pain in the ass” on Don Juan De Marco. The bad feeling was clearly mutual, the latter wanting to close down production “to fuck with Bob Shaye”.

Richard Stanley: Marlon Brando told me that everyone in the industry were hyenas and that I should try and stay clear of them and try and make a better life for myself.

Stanley famously came back on set disguised as one of Stan Winston’s prosthetic creations. He got to speak with Brando (above), who’d evidently been a “don’t give a shit” disruptive figure to movies for a good twenty years by this point. Which isn’t to say the industry – rather than persevering filmmakers occasionally trying to make art – didn’t deserve what it got, if it kept employing him.

When interviewed for Neon, the director commented “I’m not sure I want to end up as some wizened old fuck trying to get his movies off the ground”, and he seems to have stuck to his guns over the subsequent two decades. He has written screenplays (including an unfilmed – and now never to be, I’d warrant – High Rise), and an adaptation of Lovecraft’s The Color Out Of Space with Nic Cage has been announced (don’t hold your breath). But he has mostly devoted himself to shorts and manageable documentaries, most notably The Otherworld, on his home in the French Pyrenees, covering the Cathars and Rennes-le-Chateau.

Lost Soul is a fascinating document, although it’s production values occasionally disappoint (there are synching issues I’d read about before this, and they were present in the version I saw). As it proves, documentaries about the making of cinematic disasters are generally more compelling than the disasters themselves. 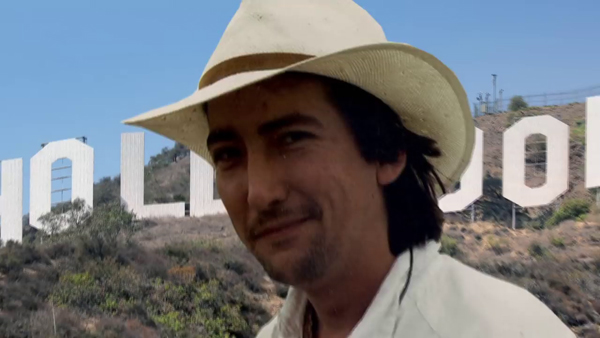 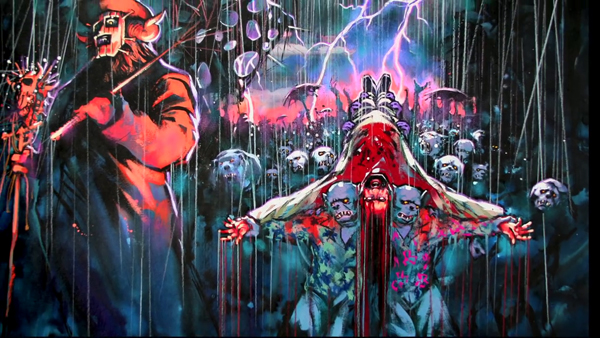 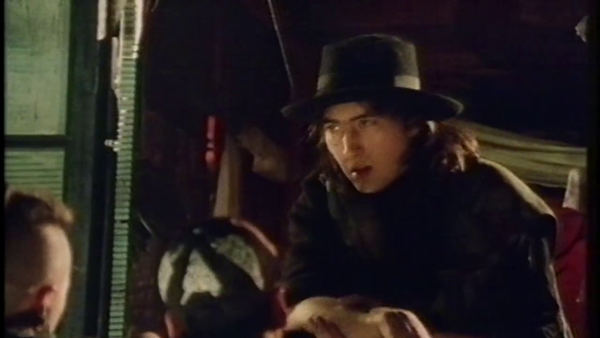 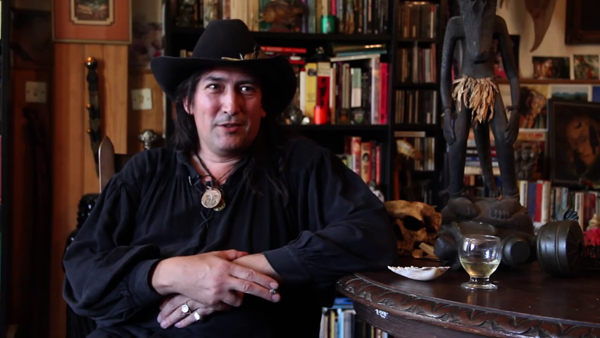 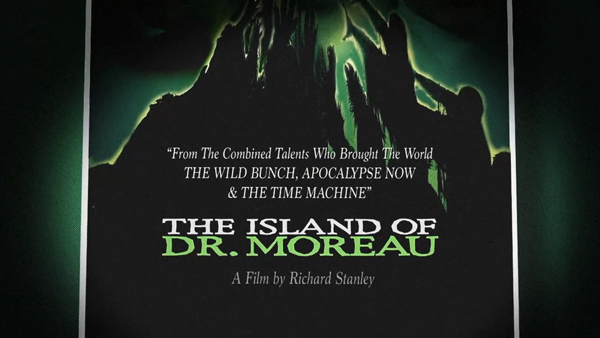 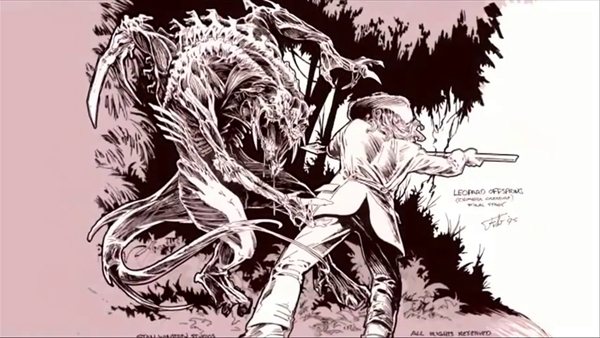 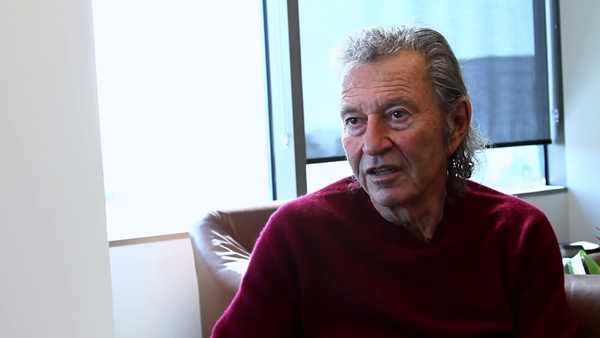 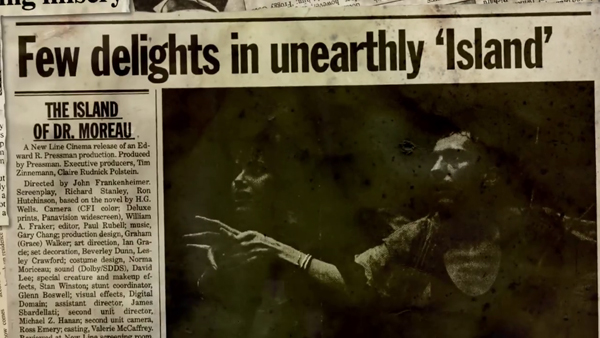 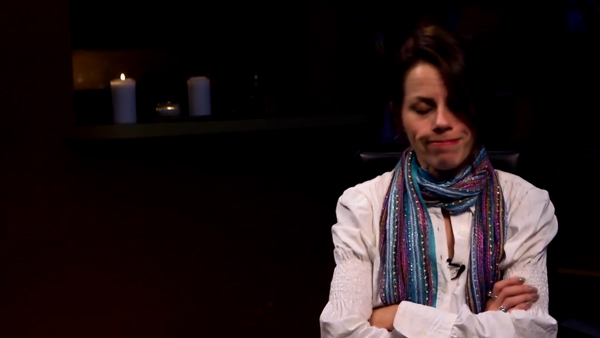 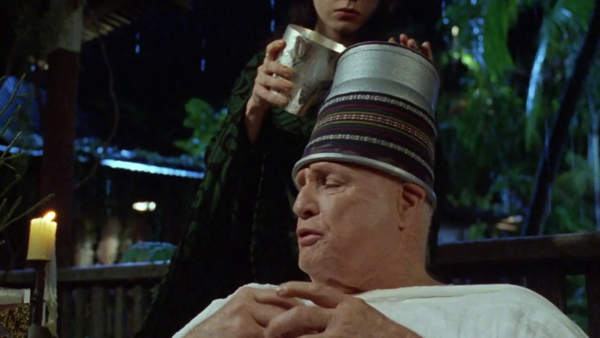 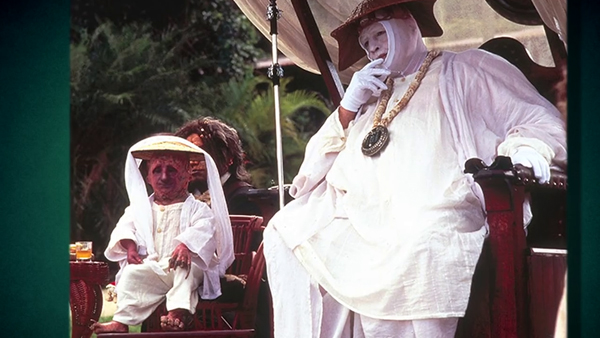 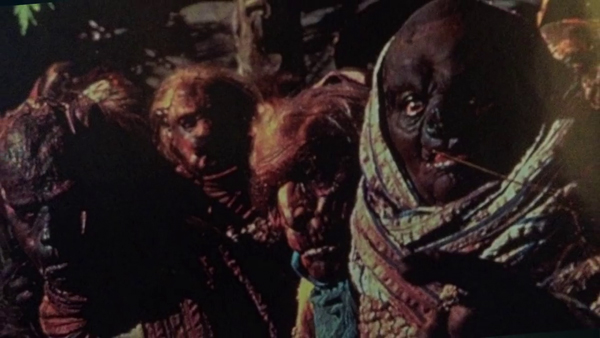