“Did you find, in your life, a clock in the sand?”

The overriding response elicited by this documentary on Alejandro Jodorowsky’s ultimately doomed attempt to make a version of Dune during the mid-70s is amazement it got as far as it did. That he managed to assemble so many talents and stars and two-thirds of financing before the behemoth went belly-up. Because what he was attempting seemed impossible, particularly with hindsight.

Jodorowsky’s budget was about $15m, $70m in today’s terms, and the lately disgraced Devin Faraci (one of the talking heads) notes the director wanted to do things technically George Lucas wasn’t even attempting with the Star Wars prequels. In addition to filling out the cast with the kind of quirky, idiosyncratic choices of one not making a movie that needed massive box office appeal if it was to pay off (his son as Paul Atreides; graphic violence).

On top of which, Jodorowsky didn’t play by any standard version of the rules, opting for Dan O’Bannon as the special effects supervisor (after seeing Dark Star) over Douglas Trumbull on the basis that the latter “was a big technician. But for me, he was not a spiritual person. He have nothing to do in the creation of a film who was a prophet”. He wasn’t, basically, Jodorowsky’s “spiritual warrior”, a criterion any boarding his project had to meet.

O’Bannon referred to his initial impression of the director as “a very erudite lunatic”, and the Jodorowsky we see here – unsurprising given his body of finished work – does nothing to dispel that. He duly hired his twelve-year-old son Brontis and had him go through six hours of training a day for the next two years in preparation for the part; it’s interesting that he’s quite ambivalent about how “I sacrificed my son” because, on the other hand, “I opened his mind”.

But then, Jodorowsky is nothing if not idiosyncratic in every sense. Referring to the changes he made to Frank Herbert’s novel – Dune attains planetary consciousness at the end, as part of an “I’m Spartacus” moment in which Paul overcomes death and transfers his consciousness from mind to mind of the populace – he suggests “If you respect the woman, you will never have child”; he was “raping Frank Herbert” as you “rape the bride”, “But with love, with love”.

Nicolas Winding Refn thinks the film didn’t get made because the Hollywood studios, vital in securing the last $5m of financing, were scared, but I doubt they even got that far emotively. They would have simply seen the proposal as uncommercial nonsense, as a money pit, and that’s always the yardstick; there’s even a scene in Frank Pavich’s film where Jodorowsky pulls out his wallet and says “This money. This shit” as if he refuses to understand that’s the way the movie world works (on the level he wished to enter it, anyway).

He responded to the suggestion that it be ninety minutes by saying it would be fourteen hours; no one in Hollywood was going to work with that kind of personality. So it was cancelled at the point where he was ready to go from concept work to shooting (in Algeria).

Being mad, though, the director is sanguine about Dune falling apart (“Dune is in the world like a dream, but dreams change the world also”) and about David Lynch’s version (“I became happy because the picture is awful… It’s a failure”). And his suggestion that his massive Dune book of concept art and storyboards may one day become the basis for an animated film is probably right. We’ll have to see how Denis Villeneuve’s version goes first. Richard Stanley suggests Jodorowsky’s Dune was ahead of its time, but I’d only agree with that in the sense that it remains so; getting to the point where a film this demented gets financed is a long way away.

On the other hand, his assembly of talent has had a profound influence on subsequent science fiction, from Chris Fosse (Star Wars) to Moebius and Giger (Alien)… I’m not so sure about the merits of referencing Cannon’s Masters of the Universe, however.

Jodorowsky’s use of different artists and musicians to characterise different planets feels particularly inspired (Giger would be doing Baron Harkonen’s sphere, as “Your art is, for me, is an ill art”). He had Pink Floyd and Magma involved, David Carradine, Mick Jagger, Udo Kier, Salvador Dali as the Mad Emperor of the Universe and Orson Welles as Harkonen (the latter promised that, every day of the shoot, he would be able to eat as he did at a fine French restaurant, as Jodorowsky would employ the chef).

The answer Pavich presents – as to how the picture got as far as it did – is that Jodorowsky was able to instil in his spiritual warriors a genuine passion for his project and a vision that “They are making something important for humanity”. As Fosse puts it “You were transported”. But if Jodorowsky was going to seize his moment, it probably needed to have been a few years earlier, before Hollywood began to regroup following the bewilderment the collapse of the classic studio system caused.

2001: A Space Odyssey became a hit with the hippy crowd by accident. Jodorowsky explicitly wanted to produce an experience like taking LSD: “The film was going to change the public’s perceptions”. He hadn’t even read Dune when he decided he wanted to make it, as “I have a friend who say me it was fantastic”; it was convenient material on which to project his ideas.

The moment he was after might already have passed even as he thought of it. He claims “I was opening the mind of the industry” but he really only confirmed what they didn’t want. Jodorowsky’s Dune is a fascinating document of a never-to-be, and it makes one eager for more on other doomed or development-hell projects. I’ve always had a hankering to find out how far Nicolas Roeg’s Flash Gordon got before Mike Hodges took over. Of course, someone needs to make that definitive Roeg doc, period. 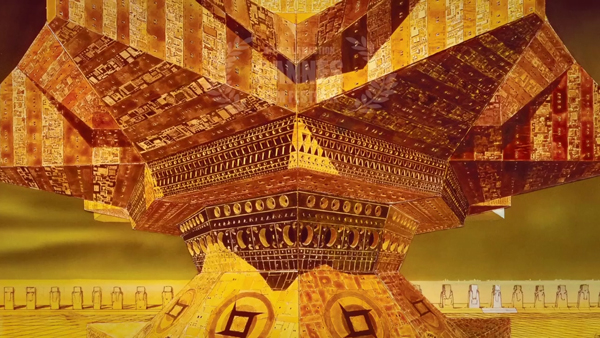 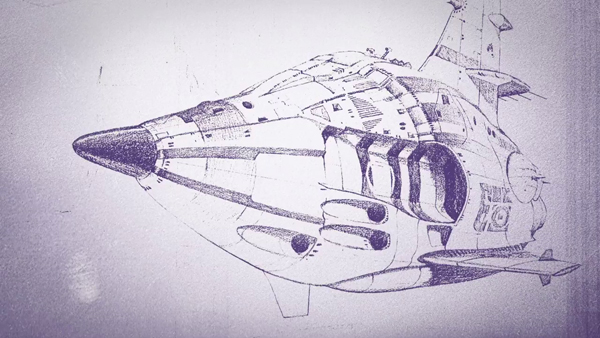 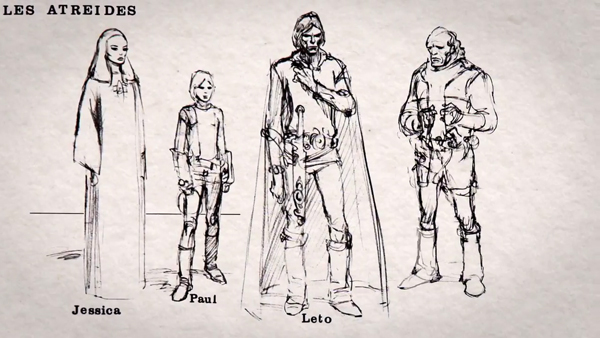 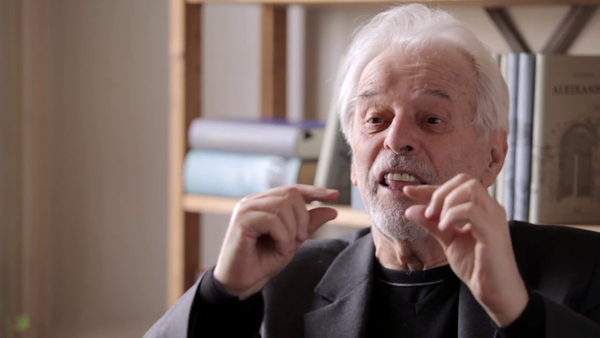 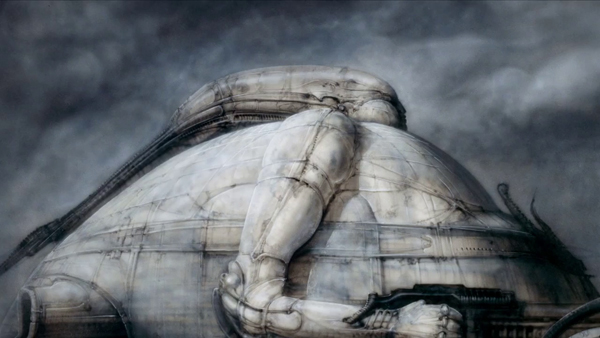 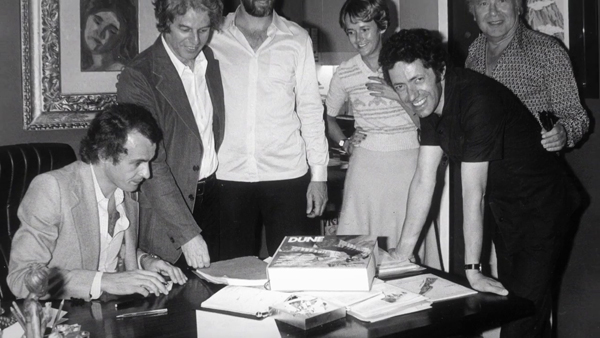 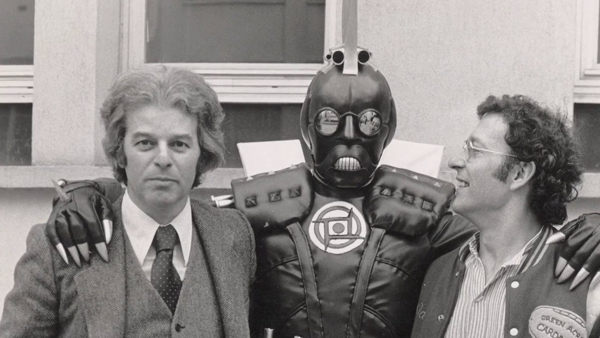 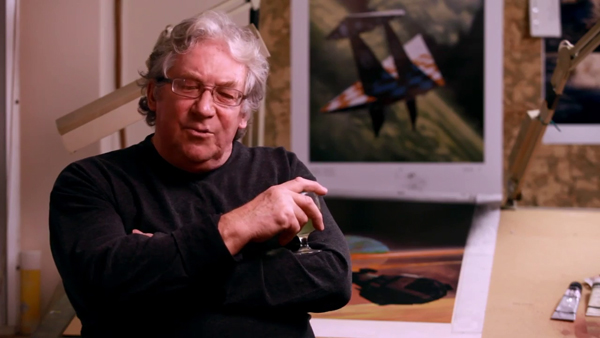 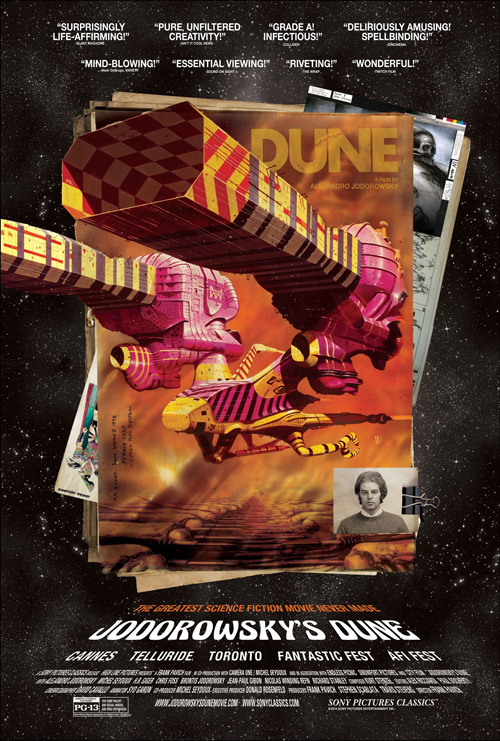