You are either in possession of a very new human ability… or a very old one.

I wouldn’t call myself a Stephen King fan, or particularly a Cronenbuff, although there’s material I rate by both (and in the latter’s case rate very highly). The Dead Zone arrived at the onset of a glut of King adaptations, and as Kim Newman and Alex Jones suggest on the Blu-ray commentary, it was the first adaptation of his work to publicise itself foremost as a King piece (published in 1979, it was his first hardback to hit Number One on the bestseller list, which may partly account for it). Which isn’t to say it doesn’t feel like Cronenberg made it – there’s a certain dovetailing of interests here – but that the previously vaunted movie adaptations (Carrie, The Shining) were overshadowed by their auteurs.

Cronenberg doesn’t do that anymore than Carpenter tipped the balance of Christine – also 1983 – which has led some to suggest the difficulties of translating the author got the better of them. I’d argue, however, that The Dead Zone‘s a considerably more successful adaptation than Christine. However, where that picture came together very quickly, The Dead Zone‘s progression to screen was more difficult.

Jeffrey Boam wrote the initial screenplay for Lorimar, only for its film division to be shut down and the never-a-good-idea Dino De Laurentiis to snatch it up. He promptly threw out Boam’s draft, commissioned King for a script, then threw that out and one by Andrei Konchalovsky too, before returning to Boam. En route, Stanley Donen and Michael Cimino had shown an interest, but things came together when by-then former Carpenter producer Debra Hill came aboard and married the different creative elements.

Boam said of his process with the new director “David is a good writer but he is a very quirky writer and couldn’t write something as mainstream as The Dead Zone”. Boam had already pared down the novel, eliminating extraneous subplots, and this process continued with Cronenberg. If there’s a downside to this, it’s that the plot itself is exposed as starkly episodic; Johnny Smith (Christopher Waken) – Cronenberg had difficulties with the name as he didn’t think anyone would be called that – is hit by a milk truck and begins experiencing visions when he awakes from a five-year coma. Then he’s called upon to help find the Castle Rock killer.

Only then is he introduced to the main meat of the movie: Martin Sheen’s would-be senator Greg Stillson, whom Smith foresees pushing the button when he ascends to the role of President. You don’t notice that as a handicap in The Shawshank Redemption, as the episodic nature was in its DNA (the passage of decades); here, the Castle Rock Killer could have as easily been the focus of the picture as the senator (Jones commented that when he first saw the film, this middle section interested him the most). Despite that, as Boam suggested “I think that movie holds together as a real movie, It’s not just some kind of weird concoction of Stephen King’s“.

Boam notes in that interview that “David gets most of the credit” for how good the movie is, but I’d argue the glue that holds it together is Walken’s performance. The lead player is a defining factor across the director’s ’80s output (James Woods, Jeff Goldblum, Jeremy Irons), and it’s also, perhaps not coincidentally, the strength of most of the most celebrated King adaptions (Carrie, The Shining, Misery, Shawshank and The Green Mile, even the ensembles of Stand by Me and It).

Smith: “Bless me”? Do you know what God did for me? He threw an 18-wheeled truck at me and bounced me into nowhere for five years! When I woke up, my girl was gone, my job was gone, my legs are just about useless… Blessed me? God’s been a real sport to me!

The director’s first choice was as offbeat as his decision – for him – to film someone else’s adaptation of someone else again’s novel, rather than stick to making his own work: Bill Murray. But Walken’s intense brand of otherness is a perfect fit for the material, his separation from everyday reality ensures there’s a sense that events unfold the only way they possibly could (the actor would pepper the decade with detached or rewired heroes encountering untapped realms, notably in Brainstorm and Communion). It’s down to Walken – who quotes Poe’s The Raven and Sleepy Hollow, though he’ll later play the headless horseman rather than Ichabod Crane – that we feel the inevitability of Smith’s fate; Cronenberg can only underscore its chilly embrace with the surrounding perma-winter.

There are elements arising from Boam and Cronenberg’s contractions that lead to slight confusion; the absence of the novel’s brain tumour makes the justification for the title somewhat lumpy in terms of erudition (“It was like… a blank spot, a dead zone” says Johnny of his vision, leading to his doctor telling him this means he can change the future).

Then there’s the “conjugal” visit of Sarah (Brooke Adams), the ex who moved on while he was in deep sleep; it takes place like a morbid sealing of fate, to consign him further to oblivion, and so doesn’t cast her in a very positive light. Smith doesn’t so much grin as bear his one-night of togetherness (I rather agree with the Newman and Jones’ assessment that it’s Adams’ performance that makes her as sympathetic as she is, fighting against the character on the page).

Also surprisingly sympathetic, but for different reasons, are Lom’s doctor and Anthony Zerbe’s businessman, both tending to be cast as bad guys (although the latter had the occasional exception confirming the rule since, such as The Matrix sequels). Lom’s character’s holocaust background provides a “Would you have killed Hitler if you’d had the chance?” sounding board for Smith’s decision. He doesn’t do much vacillating, though, perhaps because he has an overpowering utilitarian ethic, or simply because enough of his visions have proved accurate that he’s more scared of not doing something.

Stillson: The missiles are flying. Hallelujah!

Of which, Sheen underlines his post-Apocalypse Now move to supporting player as a religious nutcase bent on nuclear annihilation; it’s a relative rarity to get a justified (attempted) political assassination in the movies (or anywhere), and you aren’t likely to come away thinking Smith made the wrong choice. And yes, anyone watching this today is bound to make Trump comparisons, but anyone watching any dubious politician in any movie is bound to make Trump comparisons.

You can still see the limitations of Cronenberg’s craft here at times (as can you in his subsequent The Fly, where the interior nature occasionally veers into the unflattering realisation that this is all about three actors on a hermetic studio set). As much as he’s dealing with exteriors and emotions and can’t rely on Howard Shore to shore him up, and as much as regular cinematographer Mark Irwin delivers the goods – that famous tunnel shot, used for the UK quad poster, remains extraordinary – the climax leaves Smith bleeding out, post-attempted assassination, in a room conveniently emptied but for his ex and her hubby.

The Dead Zone took box-office bronze in a year overflowing with King adaptations (Christine placed silver and the least cerebral Cujo won the gold), but really, there was only a million or so between them. Thus, while it was far from the high-water marks of De Palma and Kubrick, it managed to point the way for the more thoughtful approach that would characterise the most acclaimed King movies. It’s worth remembering that, for all their high profiles, it’s been qualitatively a pretty arid zone when it comes to his more genre-skewed fare. They have frequently ended up as TV series or botched projects, which is why there’s no shortage of fare to improve upon (thus remaking Carrie, the first and one of the best, was entirely pointless and rightly floundered).

As for Cronenberg, his flirtation with Hollywood would effectively be over soon after it began, retreating from The Fly into less accessible fare. Whether he makes another big screen movie is anyone’s guess at this point, but this represented the strongest indication, prior to the early ’90s, that he could happily forsake obvious genre trappings (the picture isn’t really a horror, it resists being a fantasy, and it’s a stretch to label it science fiction). The Dead Zone isn’t a masterpiece, but it’s a rewarding piece. 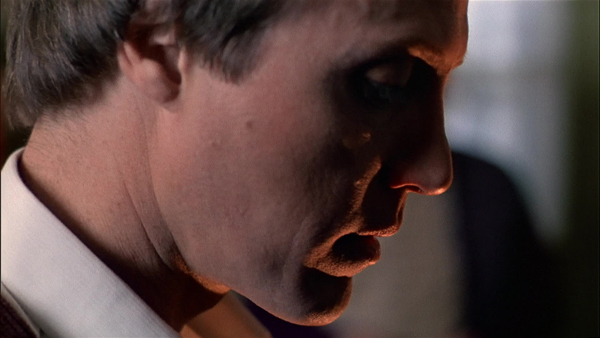 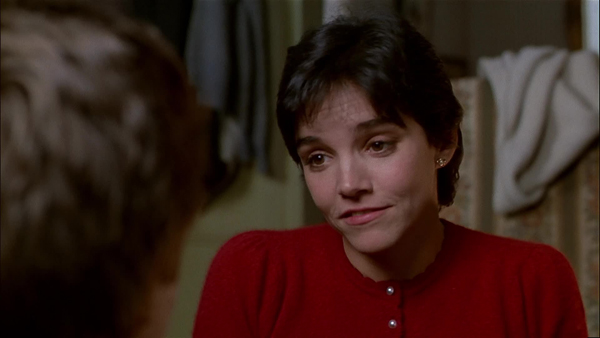 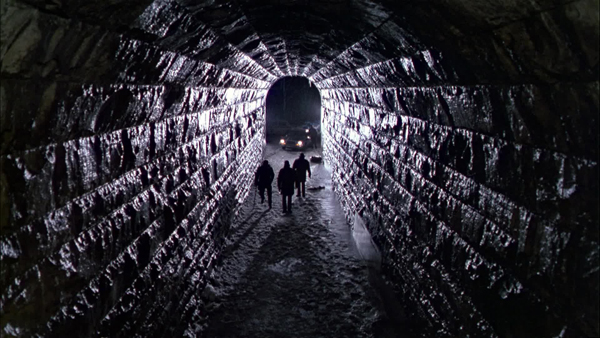 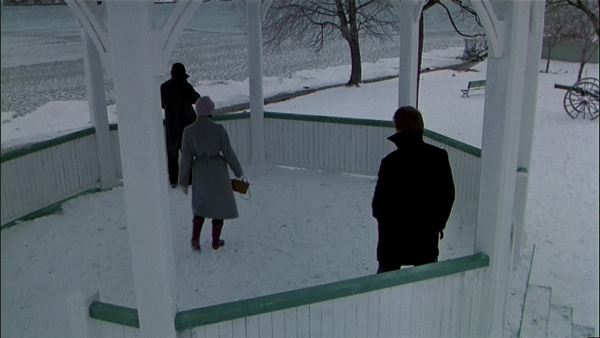 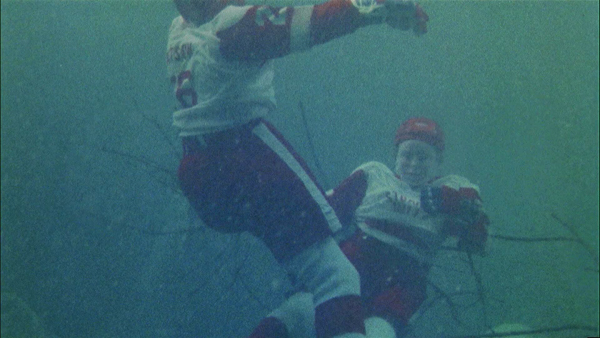 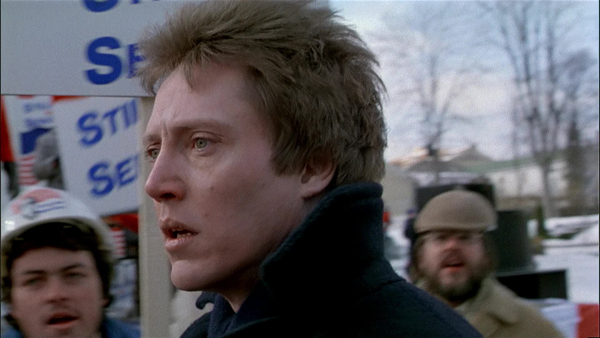 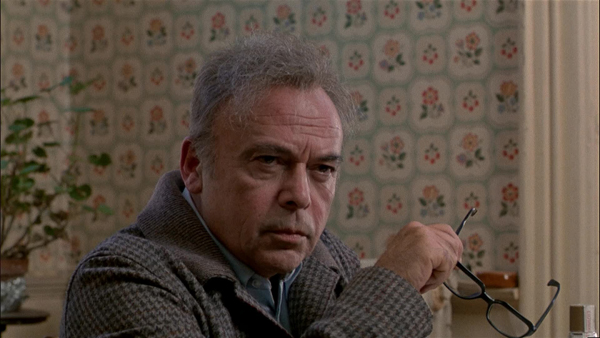 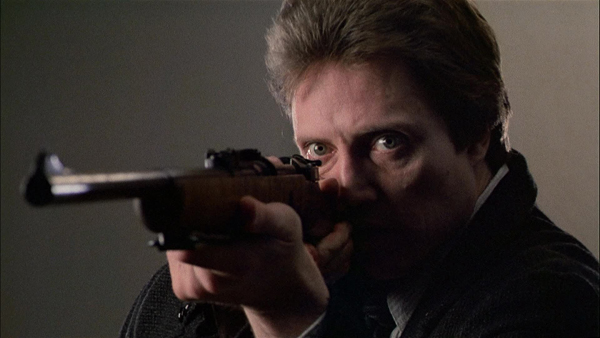 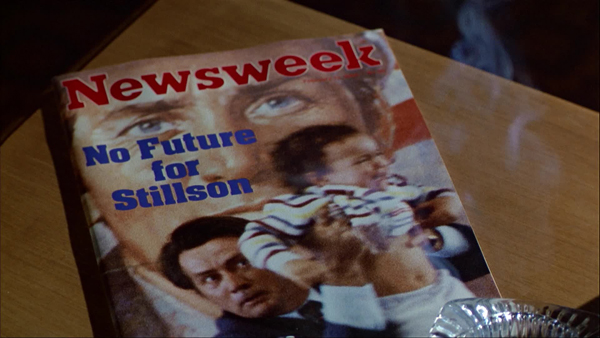 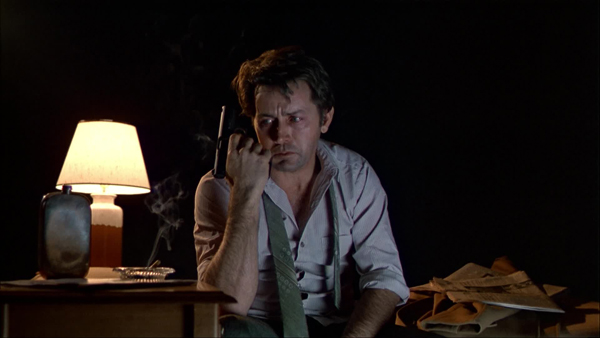 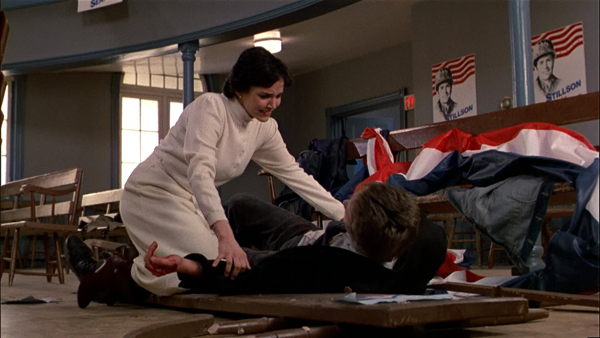