It is the greatest movie never released, you know.

They’ll Love Me When I’m Dead, Morgan Neville’s documentary on the making of Orson Welles’ long-gestating The Other Side of the Wind, is much, much more interesting than the finally finished article itself. But, to be fair to Welles, he foresaw as much as a possibility.

Welles’ semi-improvised faux-doc approach may not seem nearly as innovative nearly fifty years on – indeed, in the intervening period there’s a slew of baggage of boundary-blurring works, mockumentaries and the whole found footage genre – but he was striving for something different, even if that “different” was a reaction to the hole he’d dug himself in terms of bankability. On the evidence of the completed film, he never quite found the necessary rhythm or mode, but the struggle to achieve it, as told here, is fascinating.

Neville was perhaps conscious of the irony that he was putting together a doc had more of a hook than the film under scrutiny, since the end of They’ll Love Me offers footage of Welles seemingly quite open to turning his project on its head: “Supposing, during the course of the picture, that it turns out that it’s more interesting hearing the actors and myself talk about it than making the picture. That will be the picture“. That, give or take, is what we get from Neville, and if we can imagine the additional flourish Welles might have provided – Neville is clearly inspired by F for Fake in terms of playful style, and quotes from it repeatedly in footage used – this bearer of the torch is no slouch.

Welles’ initial inspiration is covered, and how he was oft quoted as saying his definition of a filmmaker is “the man who presides over happy accidents“; his plan for Wind was “You know, we’re going to go fishing for accidents. Which I think can be very exciting“. But the problem with this is trying to create lightning in a bottle; if you go looking for it expressly, it can prove elusive. And if you spend all your time on the icing, you inevitably won’t pay enough attention to the cake itself.

It’s noted that the director was “permanently traumatised” by the response to A Touch of Evil, and that he needed a box-office hit if he was going to garner any financing for his projects. But Wind was never going to be a vehicle friendly to such suitors; indeed, one can see it having the markedly opposite effect.

Welles objected to the idea that Huston’s Hannaford was a thinly veiled version of himself (even though he was actively considering playing him). Although, by the time he was touting for funding at the AFI in the mid-80s he was no longer hiding the parallels. Bogdanovich commented “He hated that. He didn’t want to be analysed through his films“.

Yet the plot engine had started with his relationship with Bogdanovich and the idea of the betrayal of friendship between an older and younger director; as is noted, when the idea was first mooted, the wunderkind director was merely an awestruck kid. By the time he replaced Rich Little as Brooks Otterlake, he was at the top of a meteoric rise to success. The Bogdanovich relationship is one of two immensely significant ones to the doc, charting how it bloomed and inevitably petered out as Welles blew through his ardent supporter’s goodwill. Albeit, it’s implied Bogdanovich fulfilled Welles’ request to ensure the film was completed if anything happened to him.

It’s noted that, while Welles could be a charm machine, hence getting so many devotees to do so many things for him, he also thrived on friction and could be quite cruel. In particular, to Bodganovich, who was ostensibly doing so much for him. There’s Wind‘s Cathy Lucas character, “a dreadful actress like Cybill” Shepherd, whom Bogdanovich had made a star and was seeing at the time. Shepherd recounts how Wells was supposed to stay at Bogdanovich’s Beverly Hills house for two to three weeks but he stayed on and off for three years (“It was a very large house and he ate a lot“)

The doc comes back round to Bogdanovich’s feeling of betrayal at the end, with illustrative clips of Burt Reynolds and Welles mocking the director, and the sense that Orson allowed Wind to become a self-fulfilling prophecy; “Orson Welles did everything he could to alienate as many people as possible“. The picture may have been a “satire of excessive masculinity“, but Welles was not immune from being a practitioner in his own way. He was certainly the alpha male in the relationship.

Other anecdotes include the influence of Oja Kodar, Welles’ girlfriend and pulchritudinous focus of the movie within movie. It’s noted that Welles considered explicit sexuality distracting from the art and the narrative. “He called himself prudish. And he didn’t think films needed nudity” says Bogdanovich, while Kodar comments “I think the thing I contributed to his creativity was the eroticism“. Another interviewee suggests that “The film is an exploration of Orson’s desire“; Welles insisted the movie within movie wasn’t him stylistically, or in terms of content (Kodar wrote it), any more than the surrounding “doc” was his style, but Kodar clearly had a profound effect on his attitudes.

Danny Huston’s there to recount his father’s relationship with Welles (“They were brothers“), but John Huston had no idea what the movie was about (“It’s about a miserable prick” he was told). Famous friends that they were, Orson’s line was that Huston was willing to sell out (with his one for them, one for me approach). Yet, for all Orson’s veneer of superiority, it was Huston who disappeared during filming to make a late-period masterpiece in The Man Who Would Be King.

And then there are the torturous financing issues, telling of Welles sneaking onto studio backlots to steal footage, Andres Gomez (allegedly) disappearing with funds, and the Iranian financing that turned out to be a millstone when the revolution happened and the film reels ended up locked in a vault by decree of the French court. When it came time for his AFI achievement award, it’s noted “He was practically begging for money” but “nobody gave him any“.

Various voices all rigorously deny the idea that Welles didn’t want The Other Side of the Wind finished, and it does seem rather a stretch that he’d lie under oath to try to re-secure it if he preferred it incomplete. How long he would have spent honing it, had he got back, is another matter, though. To return to the development mooted by Welles in the second paragraph, at one point, he said “Maybe it isn’t even the picture. Maybe it’s just talking about making the picture“. Neville’s film suggests that maybe it is just that. 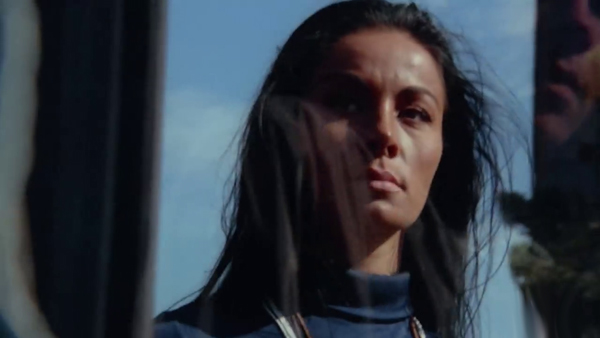 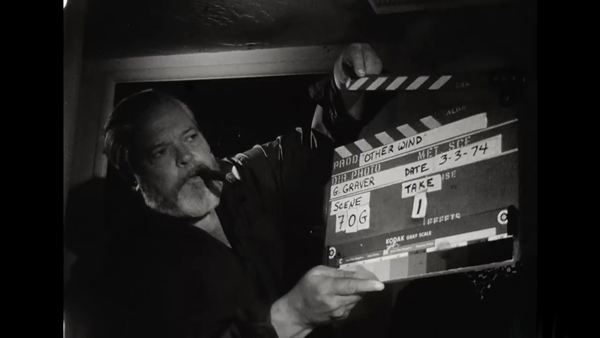 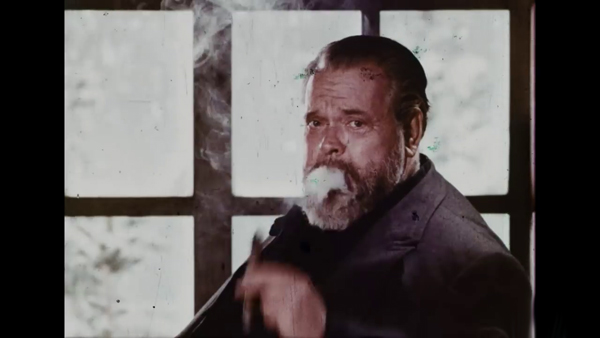 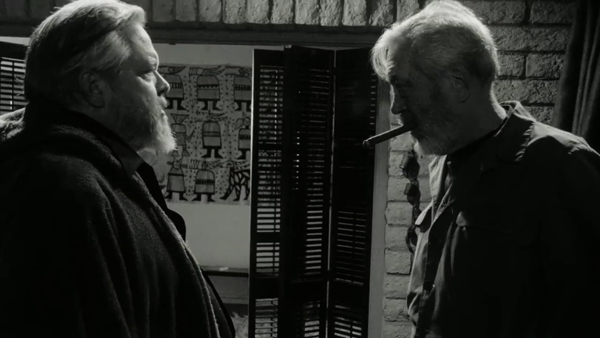 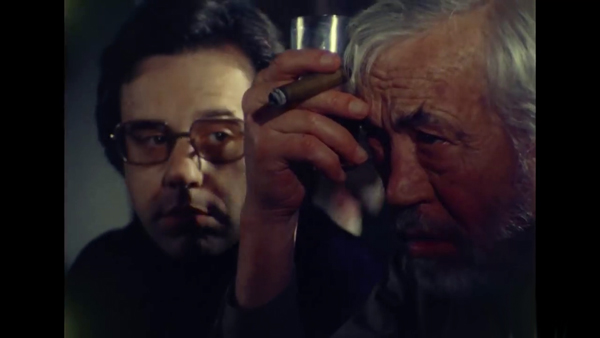 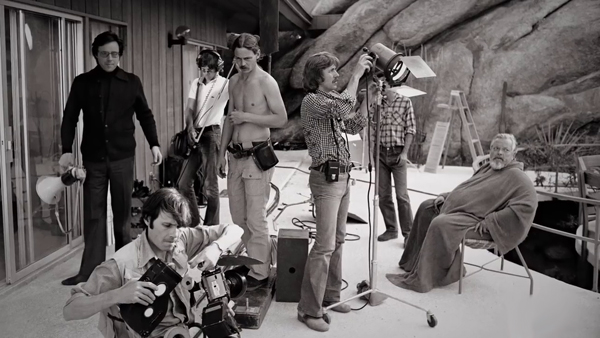 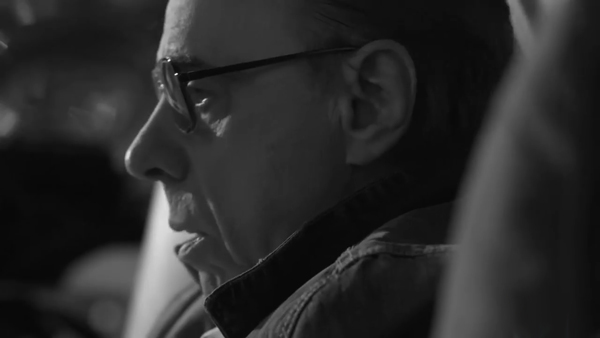 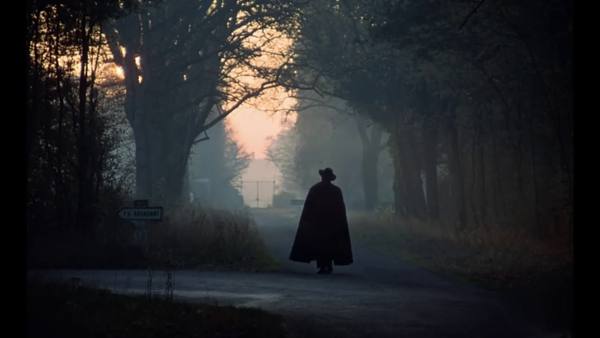 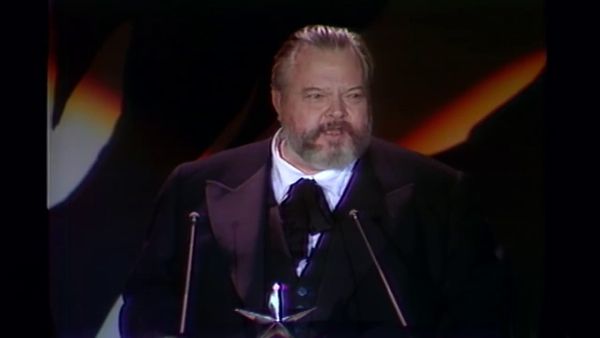