He’s a rough magician, isn’t he?

Sometimes it may be better not to get what you want and to carry on dreaming about how splendid it would be if you had it. The Other Side of the Wind has been one of those elusive grail items; “Wouldn’t it be amazing if we finally got to see Orson Welles’ great uncompleted masterpiece?” The critical response to getting it at last has been generally kind, but generally kind in the sense of considering it would be churlish to rip it to shreds after all the effort that has gone in to getting it out there, and out of respect to the fat man. Really, though, it’s a mess.

“This is an attempt to honour and complete his vision” announces an introductory title card, but one can’t help feeling that an attempt to grasp something so mercurial is doomed to failure. Wind really needs to be watched as a double bill with They’ll Love Me When I’m Dead, in which Morgan Neville details the protracted trials and tribulations of making of the picture, so as to get a perspective on the wayward child it is. Which is to say, it barely stands on its own; it’s a curiosity, interesting for that, but lacking inherent vitality and coherence.

An anecdote regarding Welles long-suffering cinematographer Gary Graver may provide a clue as to why the picture is less than satisfying; he assembled a workprint and tried to cut it, “but without Orson, it didn’t track“. It was perfect in Graver’s head, but he “just couldn’t get it on film“. Maybe Welles’ alchemist’s touch would have made all the difference (one can delight in the witty brilliance of F For Fake‘s editing, but try asking someone else to reproduce it). Or maybe it wouldn’t. Maybe the half decade production schedule did for it making sense, as the subject matter unspooled from its director’s grasp.

At one point in the fly-on-the-wall proceedings (a camera crew is filming the seventieth birthday party of John Huston’s Wellesian-to-an-extent Hollywood director Jake Hannaford), a character is told “You’d better read the script“, to which the reply comes “There isn’t one. Jake is just making it up as he goes along“. It’s something echoed in They’ll Love Me by those involved, but being self-conscious about the flaws in your approach doesn’t guarantee you post-modern sparkle; it just shows you’re aware of the flaws.

I note the Variety review favoured Wind’s framing device over the film within a film, but I found the latter more clearly intentioned and stylistically devised, perhaps because Welles had most of it in the can first. Sure, it’s a cheap joke; Hannaford’s past-it great is attempting to get down with the kids and make something that plays to the modern, hip crowd (but needs funding).

This consists mostly of the very lovely Oja Kodar – Welles’ girlfriend, and some allege, instrumental in obstructing the film from being assembled for such a long time – promenading around nude as she seduces young buck John Dale (Bob Random). The footage is as predictably plotless as that sounds, but it’s in the soundtrack to these passages – the goading, controlling director, and the reactions of viewers to the content – that Wind hits a groove largely absent elsewhere. In tandem, one also can’t help but ponder the trophy obsession of directors flaunting their young muses en flagrante, as if to announce to the world “Look at what I have”.

Much of the rest finds us flitting from guest to guest amid bitty, witty interjections, random observations or improvised conversations and anecdotes that can’t escape the artificial veneer of their genesis. Welles’ idea sounds worthy enough as a premise (“But I would like to take a whole story and make the picture as though it were a documentary. The actors are gonna be improvising. Nobody’s ever done it before, you know“), but exactly the issue his audience asks (“Aren’t you afraid the end result won’t have any control?“) presents itself.

Brooks Otterlake: What would we really be hiding, lady?
Juliette Riche: How much you hate each other.

Loosely, there are narrative pegs. We know this is the final day of Hannaford’s life (as recounted in a framing voiceover). There’s Hannaford’s protégé Brooks Otterlake (Peter Bogdanovich, basically playing Peter Bogdanovich, and doing it passably) and the underlying unease of the lauded titan now eclipsed by the young scamp who held him in awe. There’s the Pauline Kael-esque film critic Juliette Riche (Susan Strasberg), out to take pot-shots at Hannaford whenever she can (igniting his final physical outburst when she accuses Hannaford of latent homosexual tendencies towards his young discovery). There are also various young director luminaries (Henry Jaglom, Dennis Hopper, Paul Mazursky) in attendance.

Welles first came up with the idea in the early-60s, at which point, he was already a Hollywood exile. On might argue that, like the recent example of Gilliam and his reconfigured The Man Who Killed Don Quixote, the less funding you get, the less you’re on the radar of the big studios you resent, the more your vision stretches only to an interior perspective, of your own limited, scratchy place within the filmmaking firmament. Interesting for you, less so for your audience. What do you have to say, beyond your own artistic (lack of) compromise?

The Wiki page for Wind details the various real persons the characters are purportedly designed to represent (including Hannaford as Hemingway – Hannaford’s death being the same date as Hemingway’s – and the denial that he represents Welles, but that’s like believing Woody Allen when he says his characters aren’t based on him). Yet this only really has relevance if the picture is digging in on the satire front. There are plenty of pithy epithets and blithe asides, but nothing to pull out of the party sequences in a concerted way. This isn’t another The Player.

The result is that Wind is too fractured to work in a compelling fashion. It’s unable to develop a distinctive rhythm or cast a hypnotic spell. Welles’ film is caught between stylistic intent and the reek of artifice, the camera light on its feet, but the content laboured and staged. There’s a persistent feeling of unmotivated scene changes and segues – what shall we do next? I don’t know, let’s try this; it’s like eavesdropping on a conversation you have no stake in, and so quickly becomes a chore.

One wonders whether Welles would have admitted defeat with the footage, had he got it back and been able to make of it what he would. I suspect his approved The Other Side of the Wind wouldn’t have seen the light of day in the form we see it now, however devotedly its architects may have poured over his notes. Not when he was reported to have been obsessing over the editing during the time he did have access (he had forty minutes edited at the point it was locked away). And that he was most interested in delivering whatever turned out to be most interesting for the picture, rather than the picture as devised. Because, while The Other Side of the Wind holds interest as a document of what might have been, it isn’t an especially interesting film. 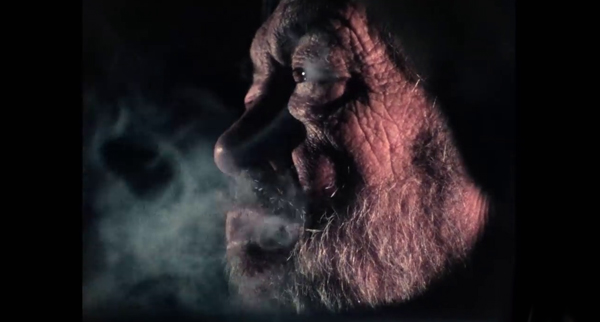 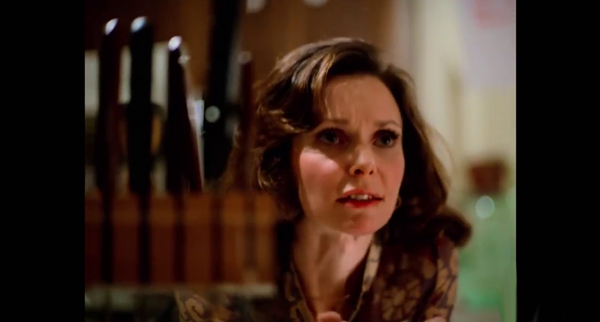 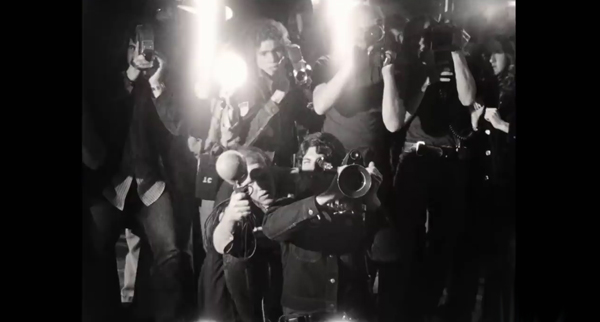 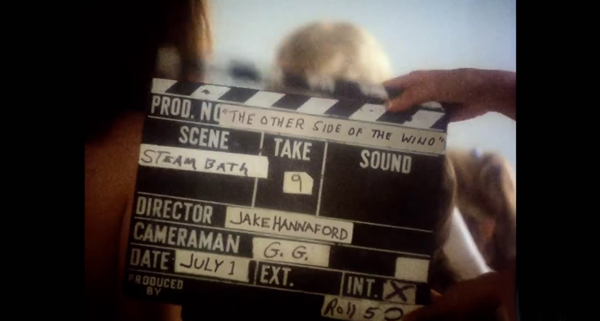 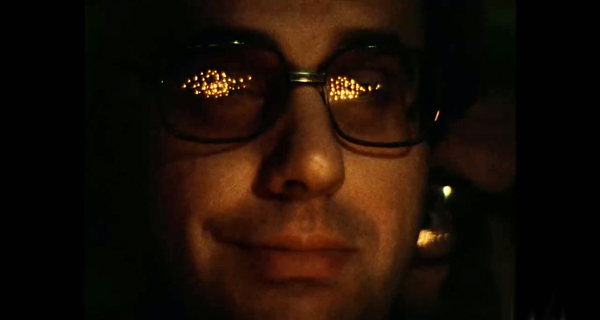 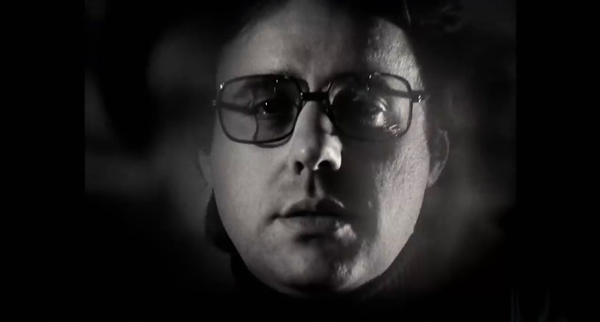 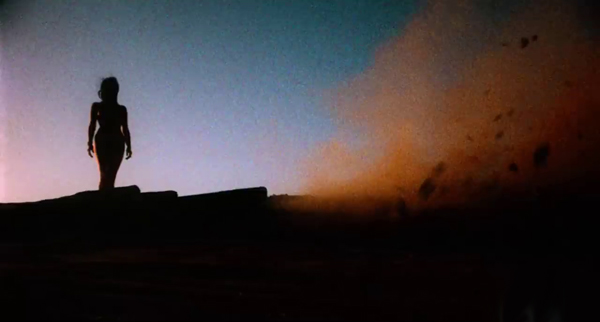 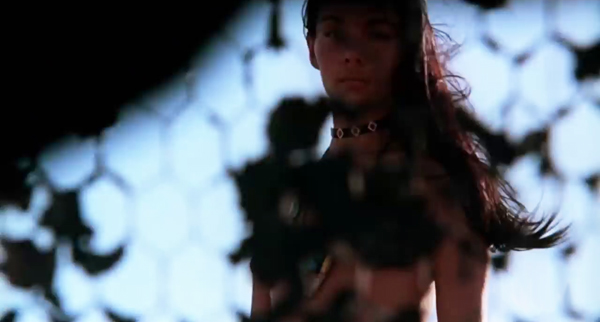