A great ape on a football field. That’s what she called me.

In a piece for The Guardian last year, critic Peter Bradshaw rightly feted This Sporting Life, Lindsay Anderson’s film of David Storey’s novel (which Storey also adapted). Confusingly, however, his last line claimed Richard Harris’ rugby league player Frank Machin, was “a great working-class hero for the screen“. Which made me wonder if we saw the same picture.

Class is infused into the picture’s bones, into how Yorkshire coal miner Frank responds to those around him and them to him, but extolling him as a hero is to blithely disregard the scrupulously detailed portrait of deeply flawed, angry and emotionally inarticulate character; you might call him an anti-hero, but even that, in this context, feels like a superficially reductive peg.

Frank’s a man afflicted by a lack of self-awareness, not so much unwilling as unable to find that quality in himself. He’s aware of the value of his skillset, of course, and so can expound that what he’s doing is for no one but himself; and in that regard, it’s just for the money. On one level, this makes money a great leveller; on another, it’s merely a different tiered system all of its own, the power to give and take away ensuring he’s a kept man (of Arthur Lowe’s club chairman Charles Slomer) when he falls out of favour with the man who ensured his signing, team owner Gerald Weaver (Alan Badel).

Accompanying the commoditisation of Frank’s physicality – for a game kicking a ball – is the recognition that he’s also a commodity in other respects. Predatory behaviour is everywhere, in different forms, from the apparently ineffectual to the potential harmful.

The seeming altruism of Dad Johnson (William Hartnell), the scout who gets Frank noticed, is called into question by landlady Margaret (“The way he ogles you. He looks at you like a girl“), which may or may not feed into her assertion that “He’s never worked a day in his life“; when a jubilant Frank, a cheque for a grand in his hand, asks Dad to name the share he wants, Dad protests “I didn’t do it for the money“. What did Dad do it for? The next time we see him, Frank has very much dispensed with his services, offering a dismissive “Hi Dad” as he departs for his next spot of carousing.

Then there’s Weaver, who puts his hand on Frank’s knee in a manner that ensures the new signing’s attention, and who is clearly aware of his wife’s proclivities towards the players (if Slomer is, he’s sure to be). Which suggests a knowing game played by the pair of them, whenever a fresh young play arrives on the scene. Gerald’s wife Anne (Vanda Godsell) sees Frank as a toy boy, until his bashed features meet with her mocking disdain. Ultimately, he has to rely on Slomer’s vouchsafe to ensure he remains a fixture (“Still, you’ll be alright as long as I’m here. You understand what I mean?“)

Frank likes to think his cachet as a player ensures he needs show fealty to no one, and initially this holds true – witness his triumph in extracting exactly the price he demands from the board. At least, barring the inaccessible Margaret (Rachel Roberts), who professes no interest in his sporting life. It transpires that her attitude is the more accurate reflection of his permanence on the pitch. Ultimately, when he’s no longer the most prized specimen, when he can be bested and so is just another (fading) player, he becomes that “great ape on a football field“, the characterisation he earlier rails against, his features battered and coarsened.

The real intensity of the film comes not on the pitch, in the boardroom, locker room or pub, however, but in the domestic frustrations between Frank and Margaret. Does he love her? He believes he does, but is it just a saviour complex on his part? At a loss when asked to show himself capable of genuine warmth, understanding and empathy, he’s useless to Margaret if she’s to have any hope of escaping the curse of her environment (a single mother who cannot move past the burden of a husband who – probably – committed suicide). Even when she yields to his desire to share a bed, she remains remote from him, unwilling to be ensnared for naught.

I wouldn’t quite say Harris is a revelation here, in that he’s always been fiercely commanding, but he’s certainly surprising in terms of the young star quality he exudes; his is very much the instant matinee idol presence – Anderson admitted to being infatuated with his lead – and the comparisons to a young Brando are entirely on point. As such, there’s a sense of the portrayal being slightly atypical compared to his (just a few years) later, more characteristically dissolute work. As for the character, Frank’s nascent self-destructive drive feels strongly like a precursor to Jake LaMotta in Raging Bull.

Roberts is every bit Harris’ equal, even if his is, by its nature, the more attention-grabbing performance; I know Roberts mainly for later, more austere matriarchal roles (Picnic at Hanging Rock, Murder on the Orient Express) but the raw, weary, wounded despair beneath her resistance to Frank is palpable throughout. It’s unsurprising – but nevertheless gratifying – that both received Oscar nominations for their work.

Hartnell, Lowe, Badel and Colin Blakely (as Frank’s pal in the team) all acquit themselves with honours. Hartnell and Lowe particularly impress, more used as we likely are to their best-known TV roles; the former’s a fragile figure living vicariously through his young discovery, the latter familiarly authoritative but without the accompanying foolishness. Notable too are Jack Watson, George Sewell and Leonard Rossiter, the latter on good form as a smarmy reporter.

As the Criterion review suggests, there’s something bizarrely over-symbolic about Margaret’s deathbed scene, complete with gratuitously crushed spider, but I think it simultaneously meshes with the home scenes’ kitchen-sink theatricality and the austere, foreboding black and white photography. Aided by editor Peter Taylor, Anderson delivered a stylistically innovative film, ensuring it carries a freshness and vitality today that isn’t necessarily true of some of its “angry young men” bedfellows.

Indeed, while the flashback structure may not now seem such a remarkable choice, it still impresses for just how confident Anderson is that his audience doesn’t need handholding. If the picture wasn’t a success at the time, it probably wasn’t because its audience found it inaccessible on that score, but rather because its dourness was deemed a turn off (it was considered to have drawn a line under the kitchen-sink genre). And while it’s been called one of the great sporting films, it really only feels as if it belongs to that genre in the loosest sense; This Sporting Life remains a great film, regardless of bracket. 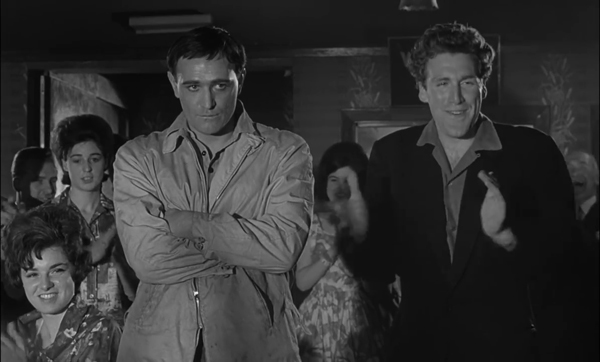 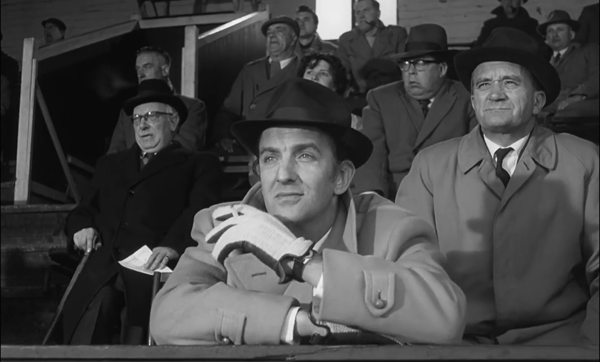 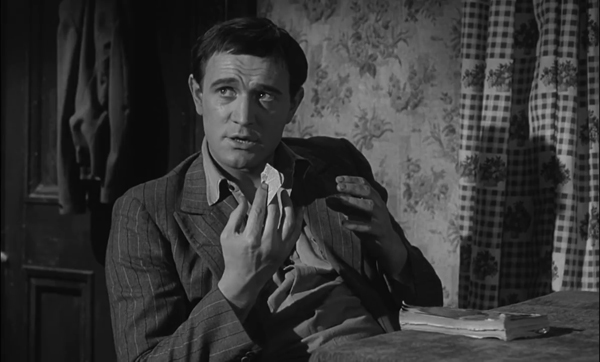 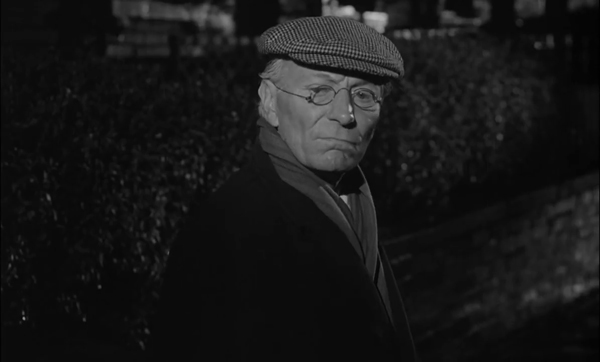 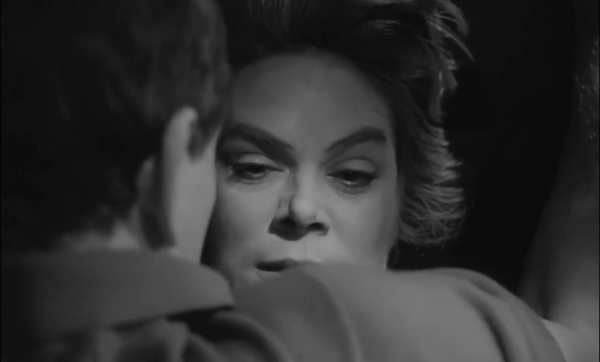 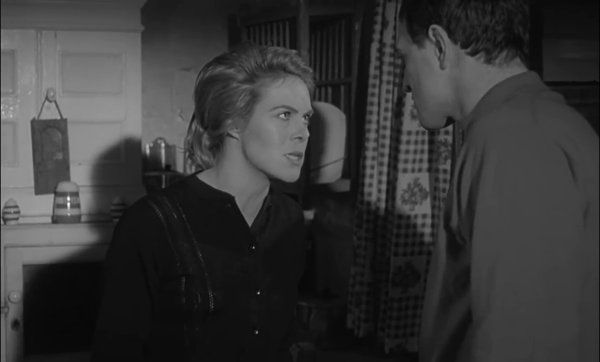 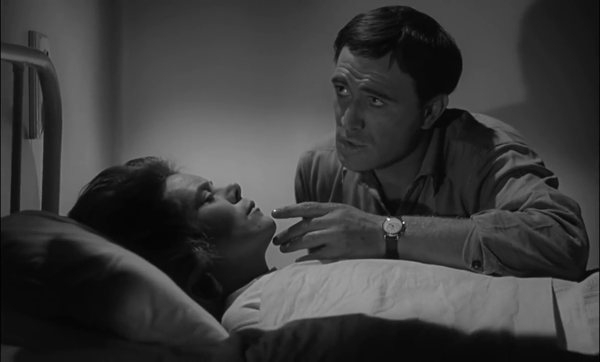 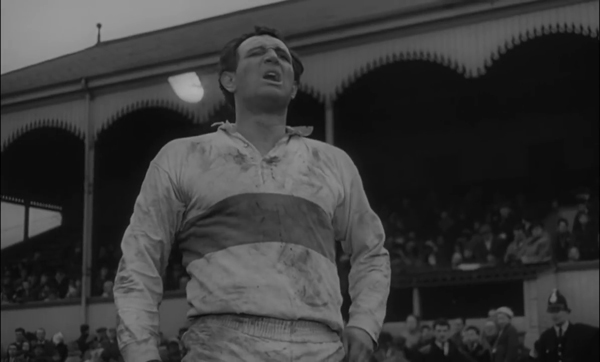