I love robbing the English, they’re so polite.

It’s probably fair to suggest A Fish Called Wanda was the last time John Cleese felt he had something to prove creatively. Certainly, the belated “sequel” Death Fish II/ Fierce Creatures seemed designed to squander the massive amount of good will its predecessor engendered. Post-Python (and Fawlty Towers), he’d become better known for having his head examined and profiting from the world of corporate training videos than building on his comedic legacy. His one stab at headlining a production, Clockwise, had met with mild success at home but complete indifference everywhere else. Plus, he was only showing up there as a performer. So the challenge he set himself, to break the difficult US market and pass himself off as a romantic lead, was no small one.

There might have been a degree of competitive spirt too. Michael Palin’s career as an actor was doing very nicely, Terry Jones had written and directed movies (for Hollywood!) and Terry Gilliam had reinvented himself as a bona-fide auteur. Cleese had rather been left behind by the ’80s. And then, he promptly made unparalleled success look easy.

Some of his choices were curious. His loyalty to Charles Crichton, with whom he’d first discussed a collaboration in the ’60s, was admirable, but the director was in his late seventies by this point, and very much not of the hyperactive, Ridley Scott disposition. When Cleese talks admiringly of Crichton’s economy of shooting, what he’s really saying is the director had an old-school style (long takes, limited coverage) that more informed the “Ealing comedy” label bestowed upon Wanda than its actual content.

Indeed, Wanda isn’t a remotely stylish movie, cinematographer Alan Hume only adding to the no-frills look (no one goes on about the great photography on Supergirl, A View to a Kill or even Return of the Jedi). It’s also burdened by an ultra-cheesy, sax-ridden score from John Du Prez (I do like his robbery theme, though).

But the script and cast are the main thing with a comedy – if the score were make or break for the genre, few ’80s movies would pass muster – and Cleese’s choices here can’t be faulted. Making capital from the Anglo-American culture clash he last exploited in the Waldorf Salad episode of Fawlty Towers, much of the comedy derives from the innate antagonism of Kevin Kline’s “true vulgarian” ex-CIA agent Otto towards anything British. Frequently personified by Michael Palin’s stuttering animal rights activist Ken and Cleese’s barrister Archie Leach.

Cleese knows exactly how to pay off the grief they receive at Otto’s hands, in Archie’s case via a tirade of Americana-related abuse (most of it centring on their performance in Vietnam). For Ken, it’s the rather more prosaic but very satisfying flattening Otto receives by steamroller, as revenge for the latter eating the former’s goldfish (the steamroller was Crichton’s contribution to the plot – it’s unclear how much else was, although he gets a story credit, and he and Cleese were meeting regularly to work on the script from 1983 onwards).

The other principle winning ingredient is humour borne of violence. Most particularly – although we also see it in Otto beating up Archie with a bedpan and ramming chips up Ken’s nose – Ken’s attempts to off Patrica Hayes’ robbery witness and succeeding only, much to his chagrin, in killing her dogs (until the final flattening induces a heart attack). Cleese cites Palin’s innate likeability as the reason Ken could get away with all this (that and establishing Hayes as unlikable), an ingredient Gilliam played off a few years earlier in Brazil (to more chilling effect).

Kline bagged a Best Supporting Actor Oscar, of course (Crichton was nominated twice, for his directing and the screenplay; such recognition eluded him in his heyday). And rightly so. He’s certainly never been as mesmerising a screen presence since, tending to the slightly wet or ineffectual (perhaps it’s the tache that does it? He’s also sporting one in I Love You to Death, Soapdish and French Kiss, and he’s on fine comic form in all three). Jamie Lee Curtis asserted that Kline took all his mannerisms from Jeff Goldblum, which she didn’t think went down all that well with the actor.

Then there’s Curtis herself as Wanda, making the nearly two-decade age difference between her and Cleese seeming nothing especially disconcerting and displaying easy comic timing, particularly in her interactions with Kline (that may be a transatlantic rapport thing; Cleese’s best chemistry is with Maria Aitken as his withering wife Wendy).

Cleese has talked about how they undertook reshoots (at Robert Towne’s suggestion) to beef up the “true” romance between Archie and Wanda, and how a key to selling her attraction to him was having them laugh together (Cleese does have an explosively funny laugh). However, I didn’t find myself fully buying her devotion to him, at least on this revisit. Also, the way Archie went off without a thought for leaving his daughter behind did stand out (Cleese observes on the commentary that no one’s ever concerned about this).

Always nice to see Ken “should have been the Seventh Doctor” Campbell, and Tom Georgeson deserves particular credit for being the only member of the gang you can actually see as a halfway-believable bank robber (his “Un-be-fucking-lievable!” is only eclipsed by “You fucking bitch!” when Wanda digs him an inescapable hole in the courtroom).

I tend to vacillate over the degree to which I think A Fish Called Wanda is a classic. Maybe it depends on my mood. This time (and it must be more than a decade since I last saw it), I didn’t think it quite reached that pinnacle. Everything with Palin and Kline (and Aitken) works like gangbusters, but the romance itself, and Cleese as a less pro-active lead, overly obsessed with his own middle-class reserve, tends to make the rest only solid

Notably, when Cleese and Palin finally share a scene together, the results are absolute dynamite, and you want to kick him for not pairing them up earlier. All the same, A Fish Called Wanda remains legitimately one of the best British comedies of the last forty years, and still one of the most successful (unless you’re Richard Curtis, next to nothing comes close internationally). 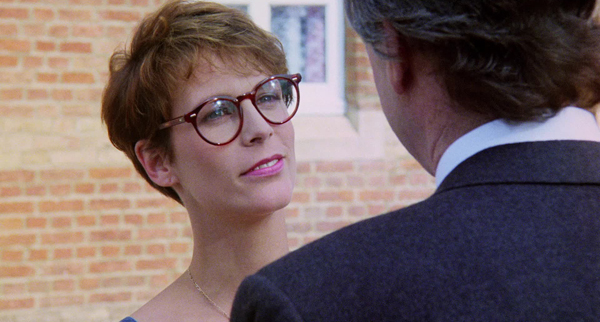 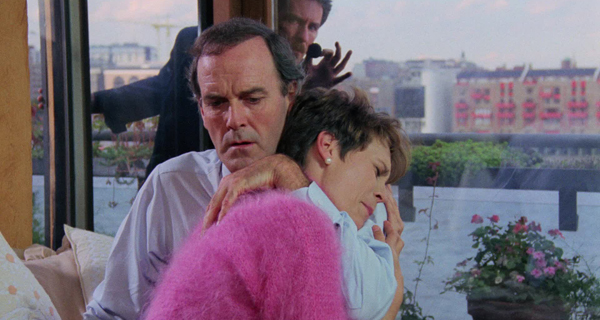 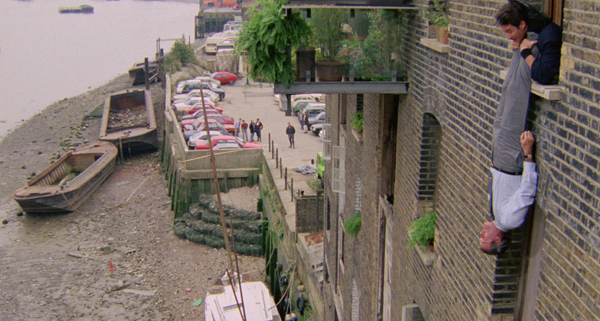 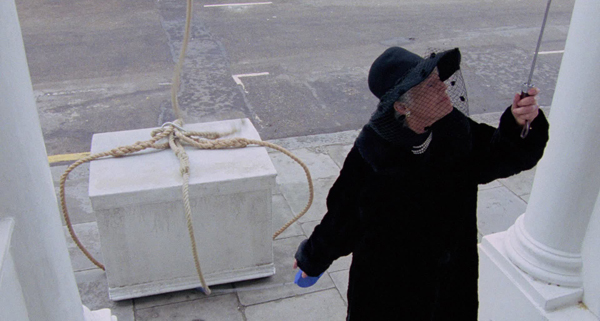 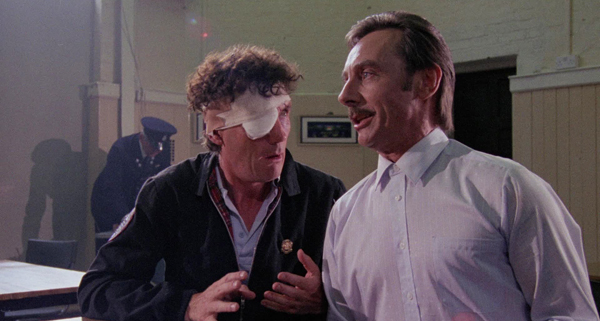 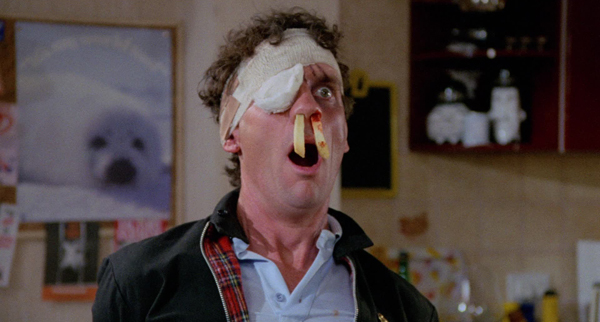 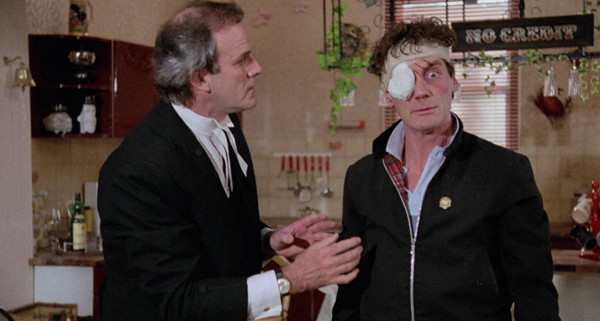 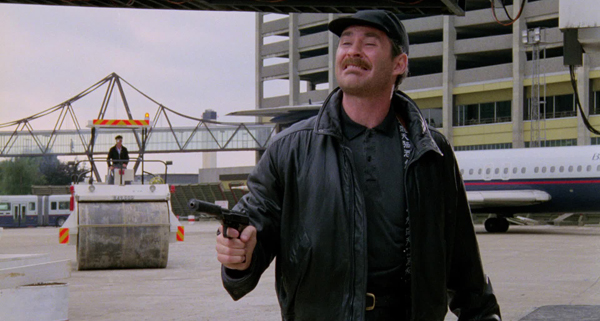 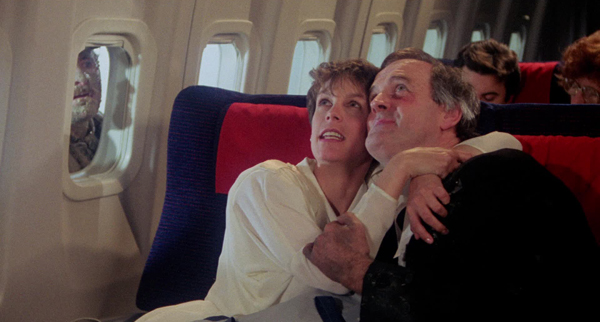 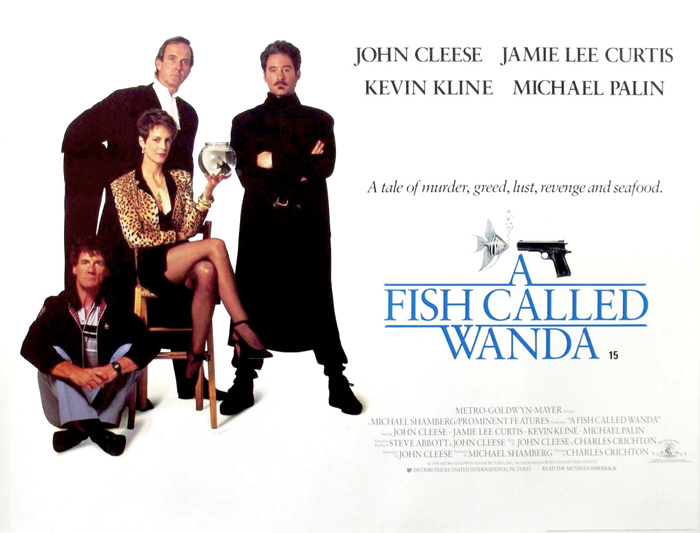 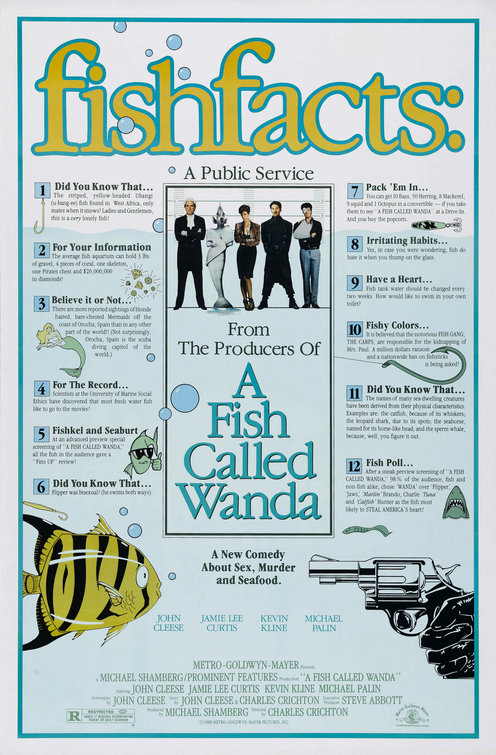