We’re carrying three cases each. One is enough to blow out your fire, six cases will blow out the whole field. That means you don’t think all the trucks will make it, one of us is a backup.

By the time it was easily available, I didn’t feel any great urgency to check out Sorcerer. Mostly because I’d already seen Wages of Fear by that point, and really, how could it possibly compete? Which wasn’t wrong. William Friedkin can’t equal Henri-Georges Clouzot’s classic, although in fairness, he does produce a picture that isn’t to be sneezed at, that’s very much of its era, and that has its own undeniable qualities.

My first knowledge of Sorcerer came via ads for its soundtrack, I guess back in the early ’80s, amongst promotions for more recent releases; for a movie that resoundingly and starkly flopped (a spiralling budget required the investment of two studios, and it grossed less than half its cost), it boasted a striking poster/album cover design, hailing from the standout sequence(s), as the behemoth trucks attempt to cross a dilapidated, listing rope bridge at the height of a thunderstorm.

The image, paired with the title, conjured the prospect of potent supernatural imagery, of unmartialled elements conspiring to sinister and apocalyptic ends. And then there was Tangerine Dream (with whom I was also unfamiliar, and also a very evocative name), furnishing their first film score (the perfect accompaniment, to the extent that Friedkin says he edited the picture to their compositions, rather than the vice-versa norm).

That conjuring of the title was evidently part of the problem with regard to the picture’s reception. The director of The Exorcist follows it up with Sorcerer. Except that it has no diabolical spellcasting in it. Although, I think Wiki goes too far in asserting “there is no supernatural character or event“. There are repeated allusions to the intrusion of these characters and their instruments – and by extension the oil company – on the indigenous population, so stoking bad karma: the wood-carved totems; the mocking villager who won’t get out of the way of Scanlon’s (Roy Scheider) truck, the latter responding with belligerence; and the environment itself, hostile to these interlopers intent on wreaking further destruction. The name of one of the trucks, the director admitted the decision on the title was an “ill-advised reference to The Exorcist”.

The most notable difference between Wages of Fear and the remake is the extensive time Friedkin (or rather, Walon Green, who fashioned the screenplay) spends setting up the principal characters through four prologues (hitman Nilo, played by Francisco Rabal; Palestinian terrorist Kassem, played by Amidou; French financial fiddler Victor Manzon, played by Bruno Cremer; Scheider’s aforementioned robber, who has incurred the attentions of a crime boss after the latter’s priest brother is wounded).

It’s debatable how vital any of this material is, suggestive of the kind of auteurish bloat studios habitually indulged at the time (although, this marked the beginning of the end, with Heaven’s Gate the final nail in the coffin). Clouzot didn’t need it, and arguably, the only character for whom it represents a significant compare-and-contrast is Manzon; for my money, as good as Scheider is, Manzon is the more interesting character, and Cremer gives the more compelling performance, as someone who has had to double down and learn the hard way after his fast-and-loose choices as an investment banker put an end to his Parisian lifestyle.

Friedkin includes political themes – the Occupation of the West Bank, the absconding of Nazi war criminals to South America – but they’re largely irrelevant, once the main story begins. Nilo’s presence – he kills Karl John’s Marquez, evidently his latest job, but his presence in the village puts everyone understandably on edge – prefigures the final scene, as downbeat in its way as the original, wherein past deeds catch up with Scanlon (we’re left to wonder the significance of his choosing to dance with the scrub woman, since the delay leads directly to his death).

Friedkin’s theme, relating back to his suspect title, was that “we don’t really have control over our fates“; Bruno, who takes the most care and is the most disciplined, is ultimately done for by an event out of his control (albeit, he surrendered real control once he signed up to drive the sweaty gelignite). The director related this to his own career, but we can also see it in the picture’s form.

The re-evaluation of Sorcerer is at least partly deserved, but I’d dispute that it’s a neglected classic. The rope bridge centrepiece is virtuoso filmmaking, astonishing in execution and editing; it’s almost unbelievable. But the early attention to the characters’ backgrounds also highlights that there’s little real substance to them, and that, despite Friedkin’s decision to fill them in, the material probably works better if they tend towards silhouettes (sure, it means we know why Kassem can blow shit up, but is it that essential?)

And while Clouzot’s film made you forever on edge over the potential of the gelignite going off, Friedkin doesn’t reproduce that tension (even the rope bridge is more about the monstrous vehicles on a hopelessly ill-equipped support structure than the dangers of what those vehicles contain).

The Wiki page for the film amusingly cites Stephen King putting Sorcerer above Wages of Fear on his list of “Reliable Rentals”, followed by Mark Kermode saying “only an idiot would argue that Sorcerer is a better movie than Fear”. Such utterances are by the nature designed to inflame, but it’s hard not to see his point. So too comparisons with Apocalypse Now (not least for the arduous Dominican Republic shoot).

At its best, in no small part thanks to John M Stephens photography (replacing Dick Bush) and Tangerine Dream, the picture gets under the skin, but it has no lasting resonance the way Coppola’s masterpiece does. Indeed, the fate of Scanlon simply made me think “Well, of course. It’s a ’70s movie”. Which means, at least in part, by the time Friedkin made it, he was being informed by the new set of tools and rules of the wunderkinds; they themselves had become passé.

One question that never gets answered is: how much more difficult/ problematic/ expensive would it have been to fly in some stable nitro-glycerine? Regardless, audiences weren’t even interested in getting that far in terms of asking questions.  Sorcerer opened a few weeks after Star Wars, which instantly demolished it at the box office. That wasn’t the only reason, but as Peter Biskind put it, Sorcerer was “too episodic, dark and star-challenged for a late ’70s American audience“.

Friedkin’s career never really recovered. You saw flashes of brilliance in To Live and Die in L.A. but one can only imagine how different his post-70s journey might have been, had he got the drop on Spielberg’s Close Encounters of the Third Kind with The Devil’s Triangle – the picture he’d planned to make rather than Sorcerer– in which aliens were the source of the mysterious disappearances in the Bermuda Triangle.

Or maybe the temperamental, difficult director would have shot himself in the foot just the same. Anyone who has read Easy Riders and Raging Bulls will readily attest that Friedkin comes across as a prick long before the account of the making of Sorcerer. And as that book records, when he reflected on his meeting with Clouzot to secure the rights, he noted how he asked Hollywood columnist Joe Hyams to remind him what he’d said to the French director: “You said you’d never make it as well as he did“. Friedkin replied “I was right!” 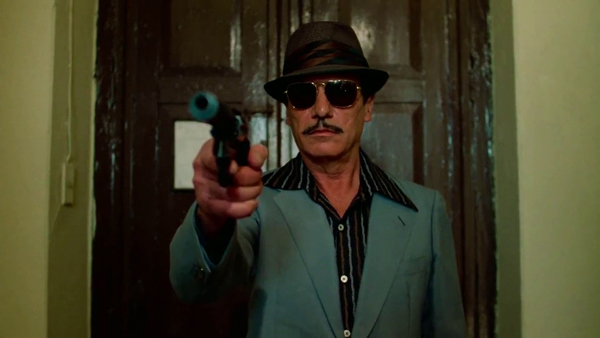 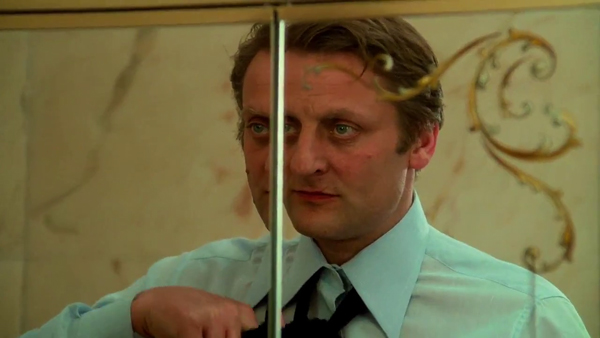 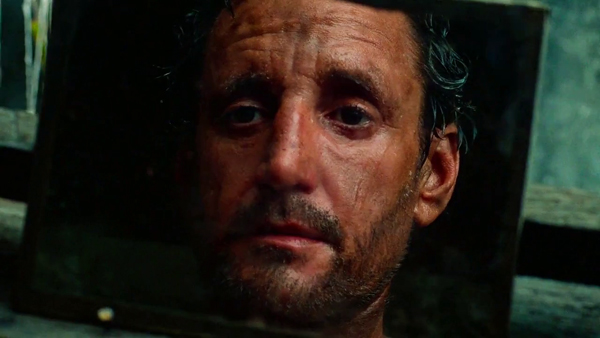 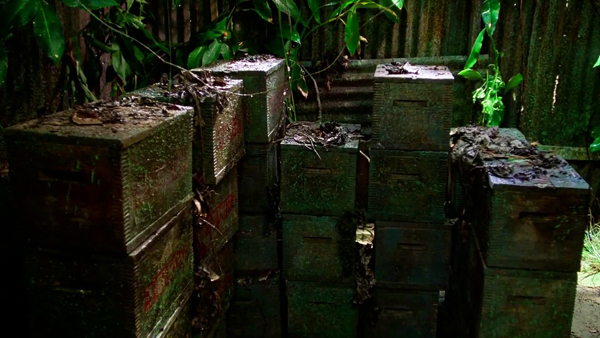 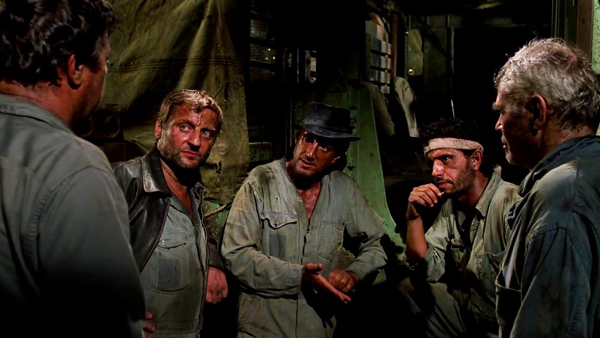 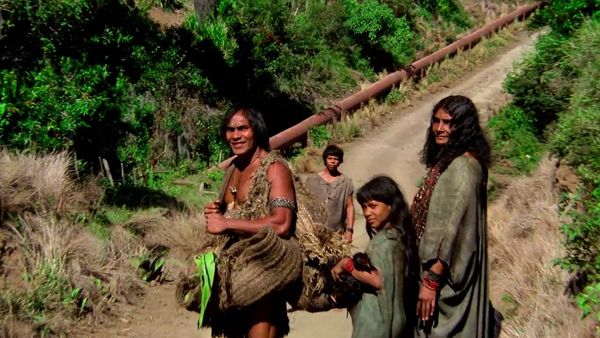 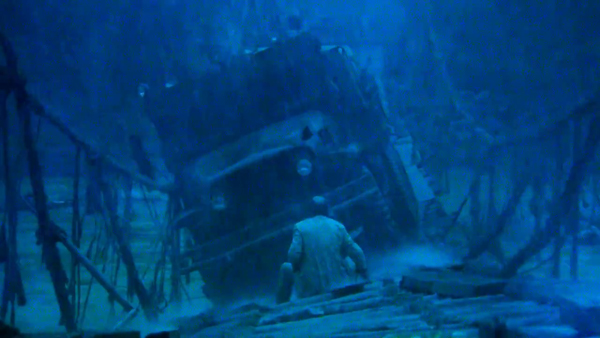 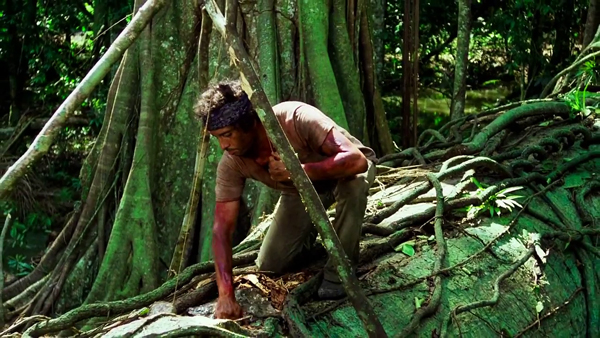 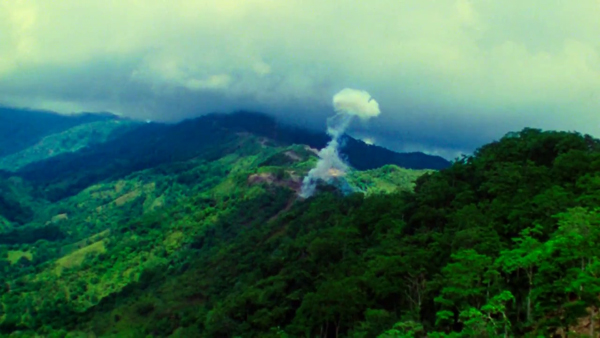 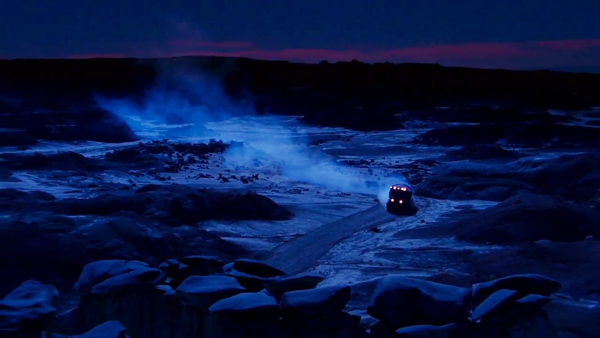 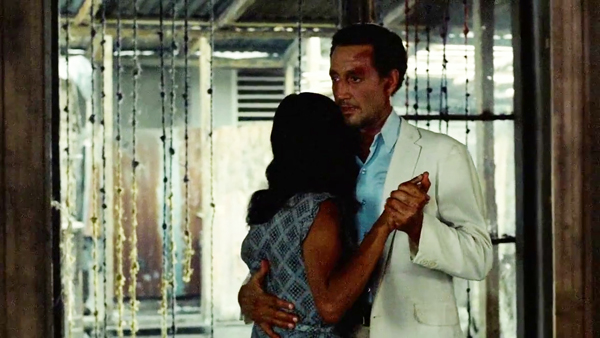 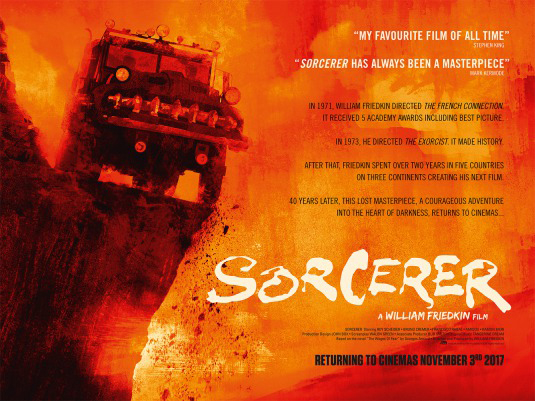