The possibilities are gigantic. In a very small way, of course.

With a title riffing on a then-riding-high US spy show, just as the previous season’s The Girl from Auntie riffed on a then-riding-high US spy show, it’s to their credit that neither have even the remotest connection to their “inspirations”. Besides the cheap gags (in this case, the episode was based on a teleplay submitted back in 1964). Mission… Highly Improbable follows in the increasing tradition (certainly with the advent of Season Five and colour) of SF plotlines, but is also, in its particular problem with shrinkage, informed by other recent adventurers into that area.

Doctor Who went there with Planet of the Giants in 1964, and Irwin Allen based a whole series in Land of the Giants, while Fantastic Voyage miniaturised to a more extreme degree in ’66. I wonder if the greater informant of this one being dusted off was the Incredible Shrinking Master episode of I Dream of Jeannie that aired in the first quarter of ’67. It has to be said that, while there’s nothing quite as indelible here as Larry Hagman being menaced by a giant cat (although Nicholas Courtney’s daft crash helmet does rather burn itself on the retina), the episode rattles along pleasantly enough.

Chivers’ methods in aid of a quick buck are alarmingly casual, from putting Sir Gerald (Kevin Stoney, The Daleks’ Master Plan, Invasion, Revenge of the Cybermen, Animals, Hostage) in a shoebox and dumping him in the trash, to washing poor Gifford (Courtney, 2.5: Propellant 23) down a drain. Later, when a shrunk Mrs Peel goes missing, the response is a casual “Forget it, we can spray the whole grounds later“.

Mrs Peel: I better be getting into my rifling Rushton’s desk kit.

Indeed, little of Philip Levene’s plot stands up to scrutiny, probably hoping that the over-sized sets will distract our attention. Which they do, for the most part. Mrs Peel isn’t doing an awful lot during the first half, such that I wondered if this was a symptom of her imminent exit from the show, particularly since Jane Merrow was screen-tested for her replacement (she plays Susan, Rushton’s daughter; she was also in The Schizoid Man, and apparently Patrick McGoohan liked her, which is high praise indeed).

Schaeffer: Wonderful vehicle, doctor. How are you going to move it? In your raincoat pocket?

Accordingly, Steed suffers the bulk of the shrinkage, having found his way into the prototype Saracen SV7 armoured car before it’s reduced in scale (so Chivers can pass it to Schaeffer). Quite why Steed goes to look at the SV7 when it’s on display isn’t clear, apart from enabling him to find the miniature Rolls sitting on it. We’re introduced to the most expensive set, Shaeffer’s desktop, at just past the halfway mark, and inevitably have to keep returning to it so as to make good use of the phone (also seen prior to Courtney’s demise, which comes by way of action man hands).

Mrs Peel: I’m not sure I shouldn’t keep you like this. After all, it’s one way to bag a man.

Quips abound when Emma locates her diminutive colleague (“Tell me, Steed, is everything to scale?“: Fnar). Butit isn’t a great episode for her self-esteem, since she’s mistaken for Susan and very easily kidnapped, and then rather carelessly gets shrunk at about the same time Steed is reconstituted. Steed, meanwhile, shows his penmanship skills, making a remarkable impact on the fragile ankles of heavies (one of whom is engrossed in Jane Austen’s Emma).

Steed: Well, I must say, Mrs Peel, the pen is mightier than the sword.
Mrs Peel: Well, between us, we’ve written them off.

He also has to avoid the stench of Shaeffer’s now excessively large cigar. There are some nice moments with the latter earlier, struggling to impress his peers by demanding random medals be pinned to his chest (“For bravery! Conspicuous bravery!“) This leads to some bemused queries (“What lovely medals. Is that for… endurance? Crimean War? You’re very well preserved“). Richard Leech (2.13: Traitor in Zebra, 3.18: Dressed to Kill) also appears, as an unlikely colonel.

Ending with Steed wistfully considering things that could be reduced in size (“Miniskirts“: “Wishful thinking, I’m afraid“) and handing Emma a tiny brolly, Mission… is an agreeable end to the season. Like much of it, however, it fails to quite go that extra distance Season Four did; it’s content stands out rather less than the switch to colour would announce. 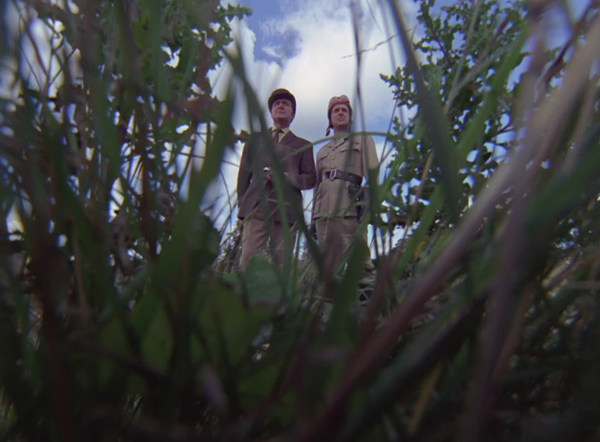 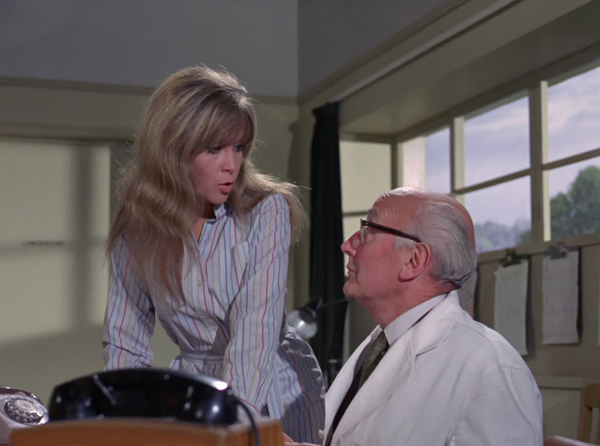 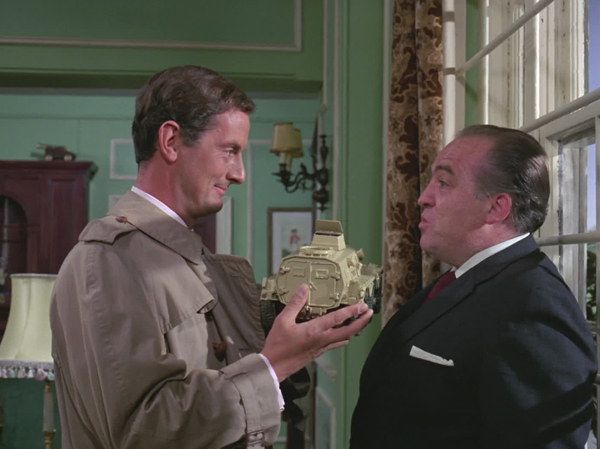 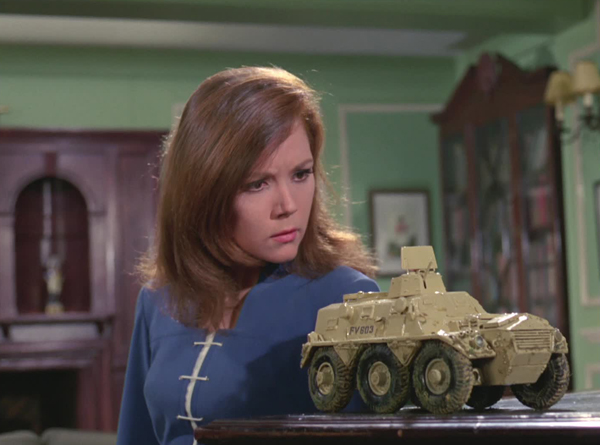 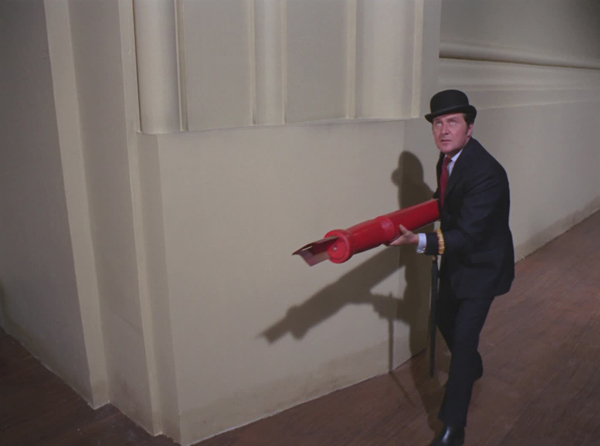 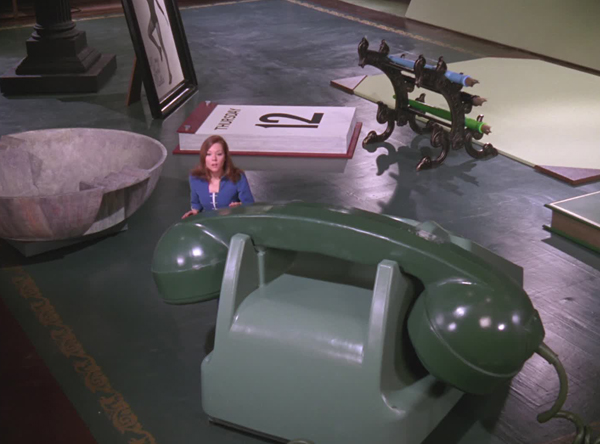