The 1988 Jeremy Brett Hound of the Baskervilles was, sadly, an early sign his incarnation wasn’t full proof, doubly disappointing because there was an expectation, based on previous form, that it might have been the telling of the tale. Luckily, there’s another ’80s TV version that’s much more satisfying. Half a decade earlier, Douglas Hickox directed Ian Richardson in the latter’s second, and alas final, Holmes outing. If The Sign of Four was merely adequate, in part due to the changes made to the story, Charles Edward Pogue furnishes Hound with several creative solutions to key challenges in adapting the material.

One thing I didn’t recall from seeing this originally was how unrestrained the material is in places. Not in the gothic sense of the Hammer 1958 version (still one of the most satisfying), although the realisation of the ‘orrible ‘ound itself is appealingly fantastic – animated phosphorescence and striking glowing eyes – and the studio-created, fogbound Grimpin Mire of the climax is a marvellously evocative creation (cinematographer Ronnie Taylor won an Oscar for Gandhi the year before). No, I’m referring to the sexual and sadistic content.

In an early scene, Dr Mortimer (Denholm Elliott, underutilised) recounts the legend of the hound as presented by cruel Hugo Baskerville, who takes off across the moor in pursuit of a serving wench. He proceeds to rape her, Hickox intercutting the act with a horse floundering in the mire, before the hound puts a stop to him.

Later, Laura Lyons (Connie Booth), whose association with Sir Charles Baskerville was that of a full-blown affair in this version, is strangled in her bed while her drunken husband Geoffrey (an ever- explosive Brian Blessed, “cursed with a vision of genius and only a mediocre talent to express it“) sleeps below. It’s a particularly cold, unblinking fate, the more so given the way Holmes and Watson earlier exit the Lyons’ abode with Geoffrey poised to inflict untold violence on her (for all they know). Consequently, it doesn’t seem very noble of them (Holmes’ straightening of the poker Geoffrey has just bent is very nifty, however – taken from The Speckled Band).

Lestrade: He isn’t in one of his silly disguises, is he?

David Stuart Davies referred to the main weaknesses of this version as “the additions and infelicities introduced“, but I’d argue such elements can make frequently adapted texts the more interesting. As such, I consider the addition of Geoffrey Lyons generally a positive one – I mean, it’s Brian Blessed! – even if Pogue never really does enough to make his presence an effective red herring, or to allow his framing for murder have an impact (he needs to speed on to the climax).

Part of the problem in the suspects stakes may be that, very good though Nicholas Clay is as Hugo/Jack Stapleton, there isn’t enough misdirection in the unfolding, such that we’re in little danger of failing to observe that the man in Mortimer’s story is very similar to the one making a pretence of butterfly hunting, and how the portrait on the wall resembles both (although, we’re supposed to have caught up by that point). Of Clay’s presence, I can only assume, with Cherie Lunghi in The Sign of Four and Clay in this, that Sy Weintraub was a big fan of Excalibur – and why wouldn’t he be? – although, perhaps not enough to entice Nicol Williamson to play Holmes again.

Suspects-wise, it doesn’t help that the suspiciousness of Mr and Mrs Barrymore (Edward Judd and Eleanor Bron) has been reduced to the point of immateriality. Quite possibly, there’s intentional paralleling between the unrestrained frenzy of Hugo early on and Stapleton’s gun-wielding attack on Holmes, Watson and Beryl Stapleton (Glynis Barber) at the climax.

Gypsy Holmes: The lady’s heart is burdened. Before her lies a difficult choice that in choosing has but one answer. Life and Death. Though in choosing death, she also chooses life. Though she cannot choose life without death. It is a choice with no choice. Yet she must choose.

Pogue comes through with flying colours in filling the gap of the absent Holmes, however. Taking a leaf out of the peddler book from the Rathbone version, he goes a step further and includes the sleuth as a gypsy on the sides of the action, almost from when Watson arrives in Devonshire.

While not as spooky as the séance in the Rathbone version, Pogue also adds a “supernatural” element in Holmes telling Beryl’s fortune. Of course, he’s wrapping his deductions in mystical language, but its nevertheless a curiously-motivated course, deceptively interposing himself between the woman and her fate and causing her great distress; he’s essentially acting the puppeteer. To be so cavalier with consequences doesn’t seem very in keeping with the generally warm-hearted Richardson characterisation, but that may be why it’s one of the most resonant scenes in the movie.

Richardson noted of Pogue’s dialogue that he “spent a great deal of time anglicising to make it sound like Conan Doyle” yet had to bow to certain Americanisms (smoking a “monstrosity like a meerschaum“). Still, there’s little here that feels too wrong-footed. Neither Martin Shaw (who has been dubbed by an unnamed performer – Kerry Shale has been suggested) as Henry Baskerville nor Barber seem quite right in their roles, though, both looking as if they’re being dressed in period costumes rather than inhabiting their roles (Barber is also sporting a very ’80s fake tan).

Then there’s Watson. Richardson was disapproving: “Churchill gave such a silly ass performance. He didn’t give a damn about the part because it was just another job for him… Churchill’s Watson was too common”. There’s definitely something of the buffer about Donald Churchill’s performance – as there is about David Healey in Sign – a legacy of the defining Nigel Bruce incarnation. That said, I don’t think he’s nearly as disastrous as Richardson suggested. In part, both he and Healey are merely playing up Pogue’s characterisation. More to the point, I just don’t think Healey would work for this more action-orientated story. It needs someone who could conceivably be an ex-soldier, and convincingly shoot a convict or a hound.

Watson: Were I the Notting Hill murderer, I should feel supremely confident with Inspector Lestrade bungling about.

I’m less persuaded by Ronald Lacey as Lestrade, mainly because Lacey’s too intelligent a performer to play an idiot entirely successfully. Thus, when Watson is one upping him, calling him an uncouth bounder or telling him to bugger off, or later when he reveals his scriptural knowledge, I’m more inclined to give Scotland Yard’s finest the benefit of the doubt.

Holmes: But without the imagination, Watson, there would be no horror.

Hickox does a stylish job, even if his peak period (Theatre of Blood, Sitting Target) was behind him. There’s a curious choice of showing a glimpse of the very end of the film at the start (Holmes smiling as Henry and Beryl exit a room in Baskerville Hall together). Hickox generally knows how to step up the tension, the moors scenes proving particularly effective, avoiding as they do a jarring sense of dislocation between the interiors and exteriors (by keeping the former at night and the latter in daylight).

If you’re thinking of picking up the Blu-rays of either of these Richardson Holmes releases, you might want to reconsider; the point of a 4K restoration is entirely defeated if you lose a third of the picture (they’ve been presented in widescreen, but clearly, only the 4:3 prints were available). As for the David Stuart Davies’ commentaries, I’d recommend his starring Sherlock Holmes instead – a very good read. 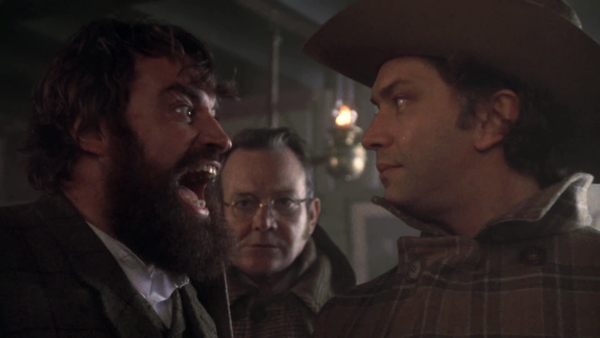 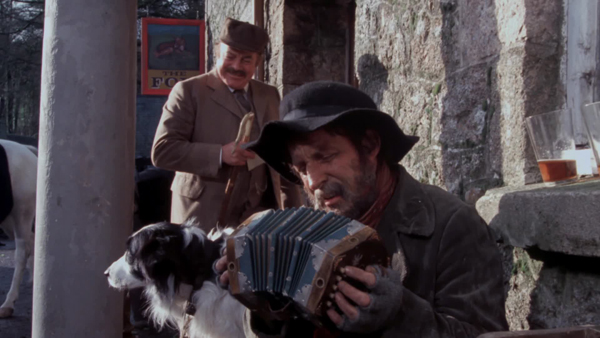 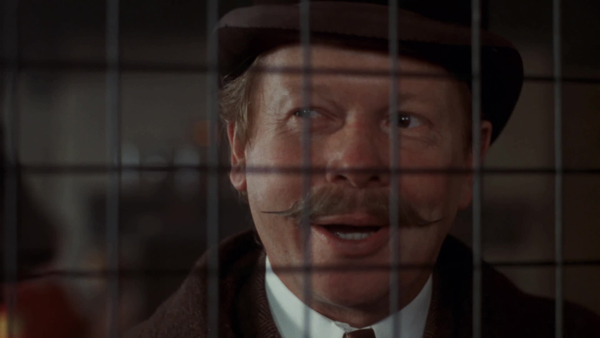 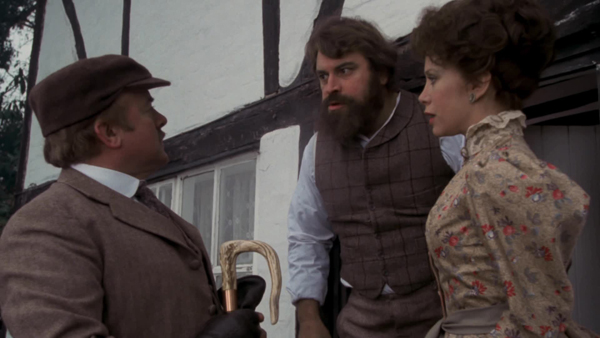 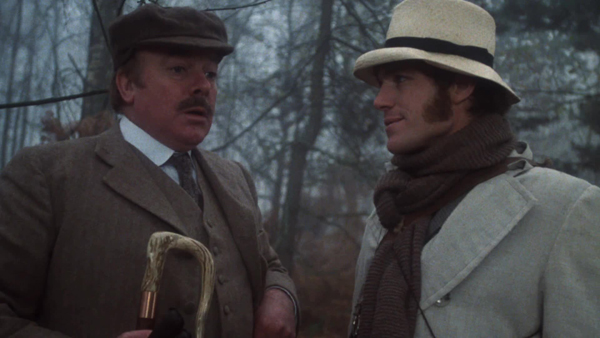 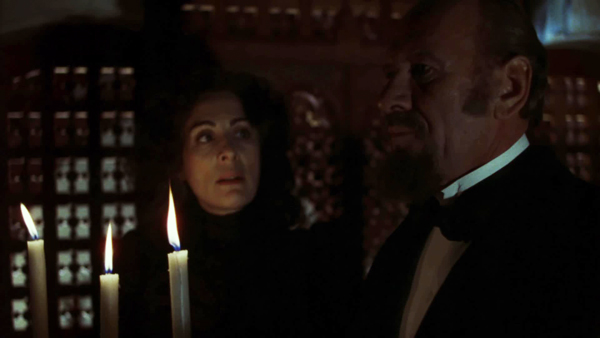 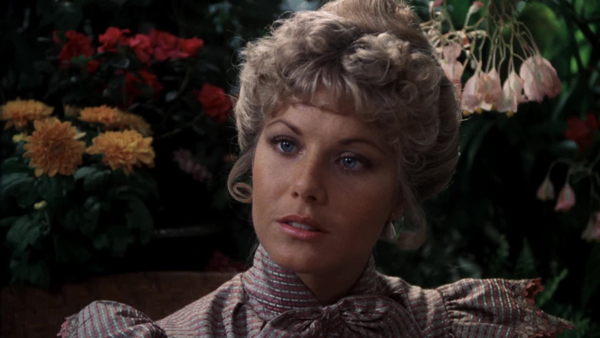 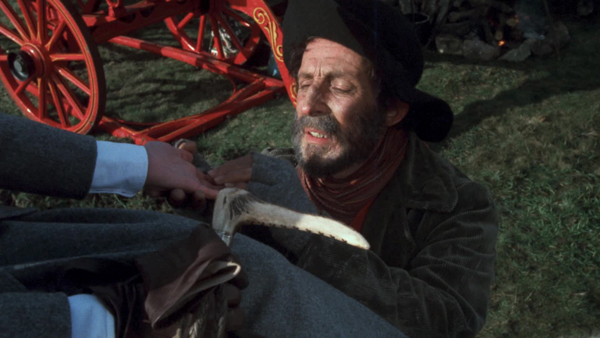 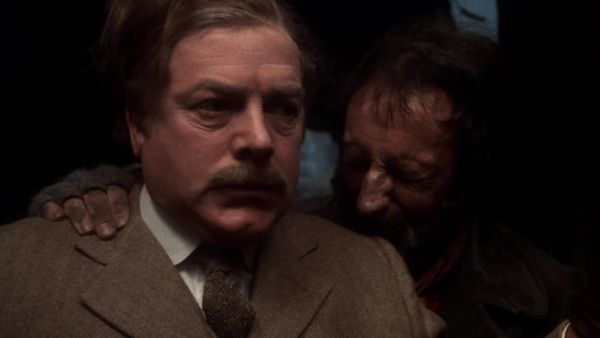 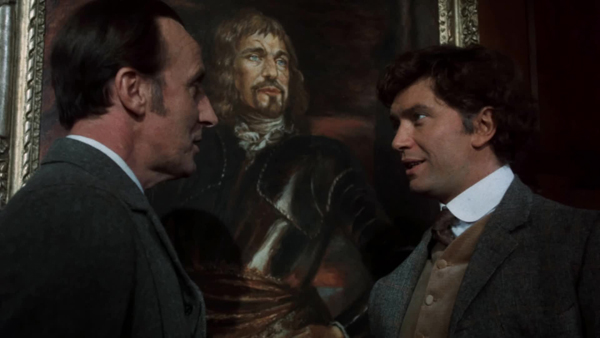 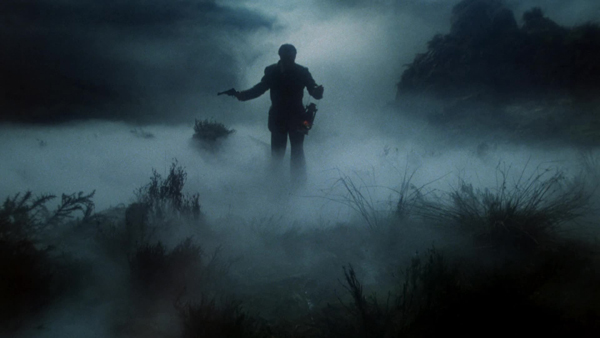 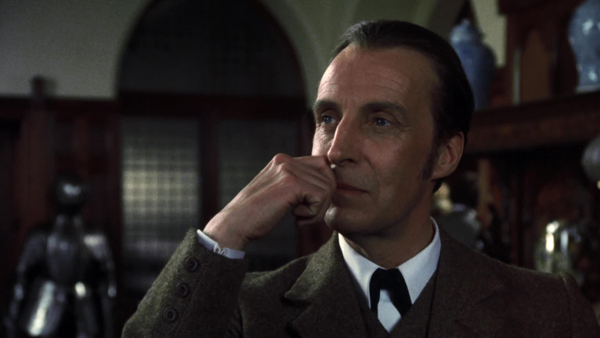