Invisible man? Ha-ha-ha! I could see through that one immediately!

The Avengers
5.5: The See-Through Man

I’m sure Warren Mitchell and Patrick Macnee had a fine time bouncing off each other whenever the former won a guest spot on the show, but the return of Brodny in The See-Through Man is about as welcome as bringing back Harry Mudd in Star Trek‘s Mudd’s Women. Additionally, and quickly becoming something of an over-used device, there are suggestions of pure science-fictional goings-on, ones reduced to something much less remarkable (see also Escape in Time and From Venus With Love).

Indeed, the most impressive element here is the Russians’ invisible man costume. I did wonder, though, hearing Steed pronounce “I don’t believe in invisible men” – Macnee would later play one in the 1998 movie – whether he’d be so sure of himself, come the end of the season, once he’d been shrunk down to miniscule size without it being explained away rationally.

The scheme itself is appealing enough in its low cunning. The Russians have bought a formula from Roy Kinnear’s Quilby (“He sent us an invention a week for the past twenty years“) – forget Mitchell, Kinnear’s performance is the highlight of any story he’s in. Or the Eastern Drug Corporation, rather than Quilby, to be precise (they paid £100k for it). Behind the company is Ambassador Brodny, who remains oblivious to the truth; Major Vazin (Art Thomas, 3.18: The Girl from Auntie, 3.21: A Touch of Brimstone) is not, in fact, invisible, but is rather a shorter man wearing a special suit to present the illusion. Part of the ruse is to have the Avengers report back that the Russians’ invisibility project does indeed work, diverting British scientists’ precious attention to a completely useless project.

And, to be absolutely fair, it’s fairly convincing that something genuine ought to have been going on, such that it’s a bit of a stretch to believe the Russians managed the setting up of a camera and electronic devices in the Ministry archive. Vazin’s apartment and Quilby’s office, fine, but the children’s playground with its swinging rides and creaking turnstile (a visible man runs the risk of his “invisible” activities being seen in the wide open)? One is left wondering how exactly the “veritable Houdini” pulled off some of his feats.

Quilby isn’t the best Kinnear part (3.25: Esprit De Corps and 4.14: The Hour That Never Was are both more memorable), but he and his patently fake beard make the most of it. Of note are his disappointment when Steed spots the flaw in this new explosive, whereby one only has to wait for rain (“What happens if there’s a drought?“), and his confusion over how he came up with the invisibility formula in the first place (“93 ingredients and 39 processes. Or is that…“) Nice Union Jack hamster cage too.

Elena Vazin: You have heard of a man called John Steed?
Brodny: Oh yes. Yes, I have known him for years. The man of many talents. Of excellent taste, a good frie… A sworn enemy!

And if I find Brodny rather tiresome, Mitchell (3.4: The Golden Fleece, 3.24: The Charmers, 4.11: Two’s a Crowd) is at least given a decent scene with Macnee, where Brodny thinks the invisible Vazin is in the room. Brodny, who doesn’t smoke cigars or drink vodka, has to pretend he has a yen for them while Steed winds him up about Vaszi’s wife (“While the cat’s away, ay?”)

Steed: Well, I know you won’t believe this, but we’ve been offered a formula that can make a man invisible.
Brodny: Invisible? Ha-ha-ha.
Steed: It’s a fraud, of course. But as you’re an old friend of mine, I though perhaps I’d give you the benefit of the, er…
Brodny: Ha-ha. Invisible man? Ha-ha-ha! I could see through that one immediately!

The Steed and Emma opening business involves a microscope slide revealing “Mrs Peel – We’re Needed“. At the close, Emma is miming invisible chemistry equipment, before revealing another slide saying “I’m hungry“. If it had stopped there, all would have been well, but there’s a tendency for these codas to go on a bit. Thus, there’s yet more vehicular mugging as Steed can’t start the Rolls, which then goes off on its own. The See-Through Man is the weakest Emma Peel episode so far, and the weakest of the season. Tellingly, the Brodny episode was also the biggest duffer in Season Four. 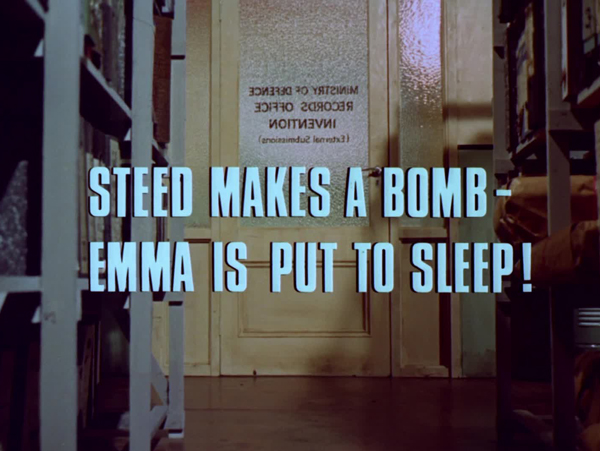 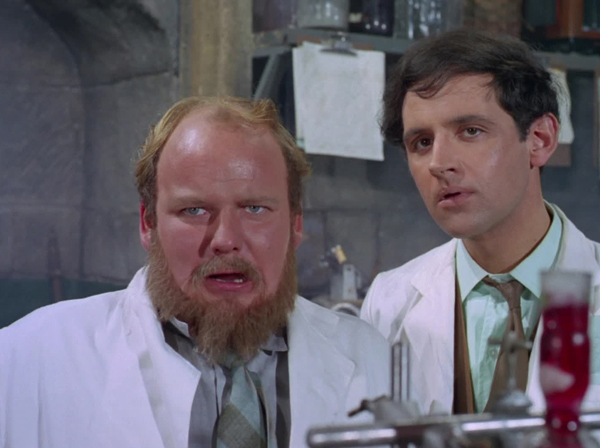 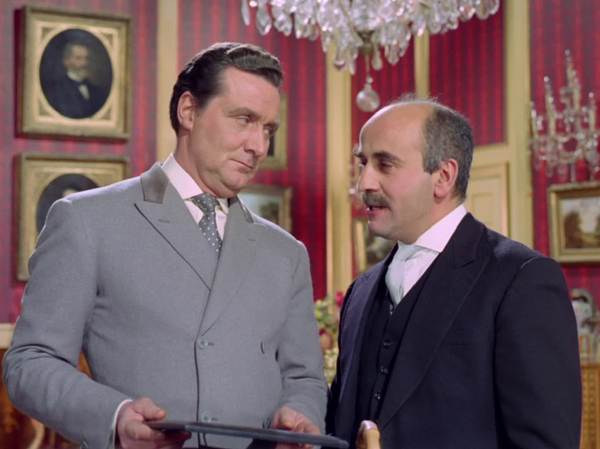 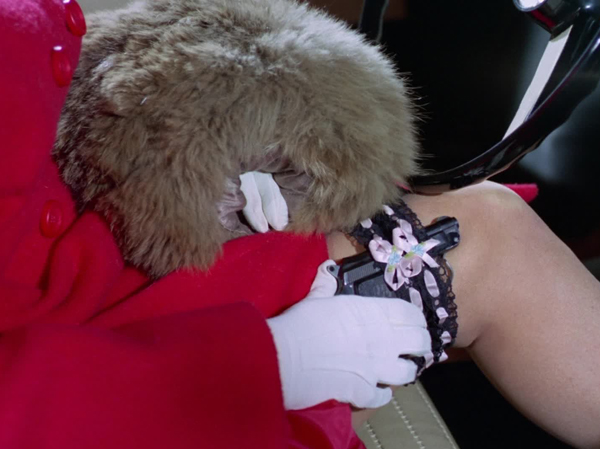 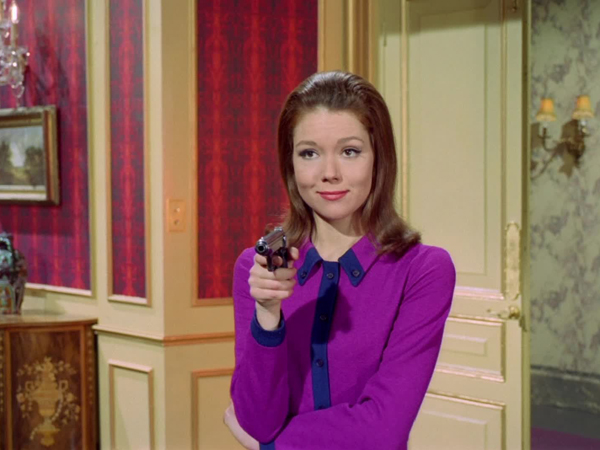 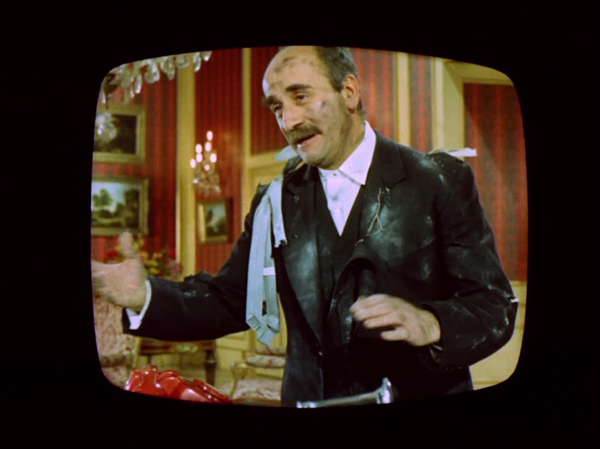