Well, I’ve always had a hankering for the eighteenth century. Gadzooks and stap me vitals.

The Avengers
5.2: Escape in Time

I suppose one couldn’t expect The Avengers to deliver a genuine “Could-it-be-possible?” element to a time-travel plot, but Escape in Time doesn’t offer even a modicum of suspense or intrigue regarding how the scheme is being achieved; as soon as one of the intended victims escapes “1680” and shows up at Steed’s flat (not even ten minutes in), it’s clear we’ll have to look elsewhere for satisfying plot twists.

Thyssen: I can send a man back, through the centuries, back to an era where before he never even existed.

Unfortunately, there aren’t really any. The side-streets-contact routine is reasonably diverting, as Steed and then Emma must run the relay of go-betweens – inflatable-animal sellers, barbers who slap a cross in duct tape on their cheeks, a servant of Ganesh – in order to meet up with Thyssen (Peter Bowles), who offers an escape from clients’ current problems into the past. They may choose an earlier period to settle in, traveling back to a previous period in Thyssen’s house’s existence. Where, of course, an ancestor who looks remarkably like its current owner lives.

Thyssen: These strange clothes you wear. The devil’s work! Designed to daze and bewitch a man’s senses. To inflame him to lust.
Mrs Peel: You should see me 400 years from now.

Bowles gives a strong performance(s), so there’s that, as a stammering, insecure Thyssen and Thyssen posing as his full-blooded ancestors (most notably Matthew, the black sheep of the family, having a go at Mrs Peel, who is having none of it, for her provocative attire).

As Shallow Like Us notes, the doppelgänger in different time periods is resonant of City of Death. And as per The Fear Merchants, both Avengers face the villain in turn, with Steed offering a particularly winning “I haven’t been found out yet” in response to Thyssen’s inquiry over why he’s unaware of his criminal exploits. And musing “Well, I’ve always have had a hankering for the eighteenth century. Gadzooks and stap me vitals” when asked to which period he would like to escape.

There are some nice ideas, admittedly, and the corridor tunnel effect is suitably disorientating and psychedelic, complete with an amusingly showy slot machine handle for the “device”. There are “period” photos and footage of previous travellers, suggesting 12 Monkeys or Nic Cage through the ages, and copious employment of Dutch angles to add to the overall effect.

Steed: Well.
Vesta: Well?
Steed: Mrs Peel in the hands of the enemy. My confederate lying unconscious. A loaded gun pointed at my neck… I’m trapped. (Steed turns swiftly, grabbing Vesta and her weapon). Shall we dance?

Individual moments stand out as distinctive: Steed’s gun ending up stuck in a chandelier during a fight; Geoffrey Bayldon’s Clapham – something of a waste of Bayldon, the role failing to take full advantage of his eccentricity – being able to get a fix on the country house thanks to Steed’s blindfolded recall of fowl play (“Turkeys. There were turkeys about“– residents of the Yule Tide Turkey Farm); Mrs Peel’s response to Thyssen’s admiration for her beauty (“I appreciate your appreciation“). And Steed generally, entirely unruffled by his predicament.

Steed: Remarkable, quite remarkable.
Mrs Peel: Oh, it’s not that good.
Steed: That you can sew. Known you all this time, never knew that you could sew.
Mrs Peel: Well, our relationship hasn’t exactly been domestic, has it?

Of note with regard to our central duo, Steed and Emma indulge in some fake canoodling and later make a pointed innuendo about their relationship (which could be read either way). There are some nice exchanges as they run through a selection of photos of disappearing acts; Emma remarks on an evil face if ever she saw one and Steed responds “That’s Tubby Vincent – he’s on our side!” He comments of another, “Now there’s a face full of avarice. Reminds me of an auntie of mine“.

The “Mrs Peel – we’re needed” is an invitation to a grand hunt ball, while the conclusion finds us back in the realm of Season Four’s transport motif, Steed covered in soot when he tries to start an Edwardian taxi. There’s also another fight in a quarry, this time requiring Emma’s stunt double to fend off a fellow on a motorbike. An episode that’s memorable for premise, but not so much for sustaining the same. 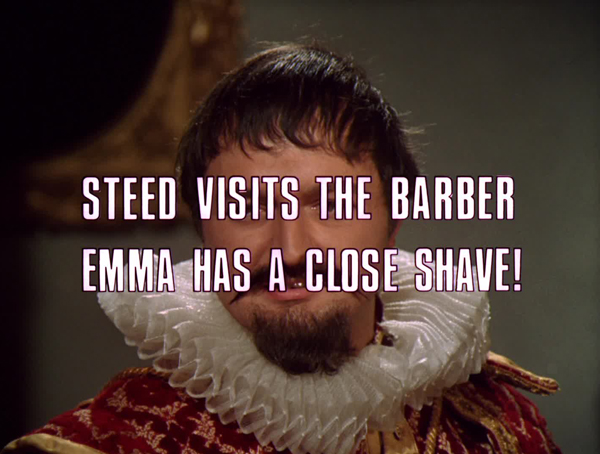 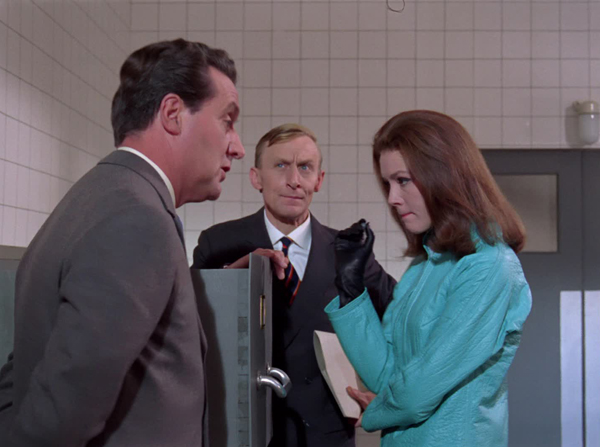 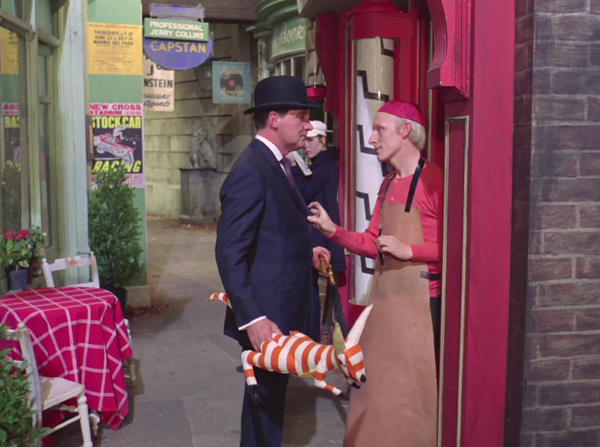 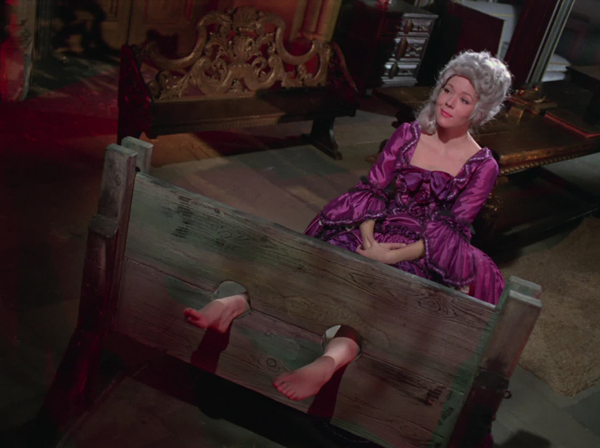 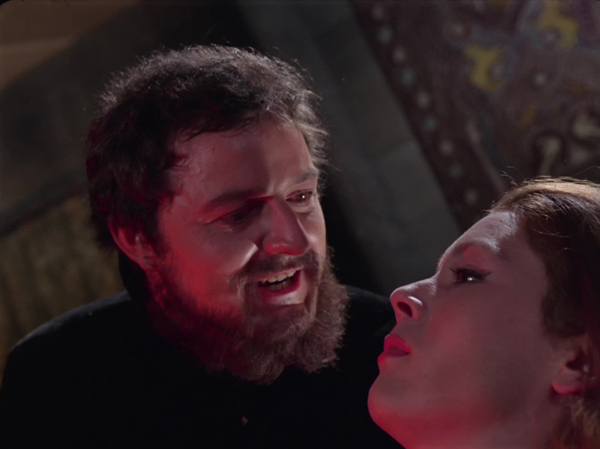 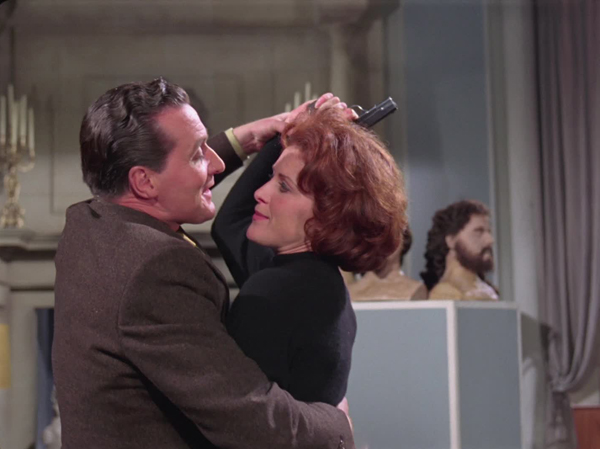