The The Mating Season was first published about two decades on from much of the season’s source material, and its plot has been split between this and the following episode. However, events at Deverill Hall, with its phalanx of aunts, are confined to this one.

Bertie’s required to pose as Gussie on account of the latter being sentenced to “fourteen days in chokey“.  His incarceration results from a night out with “Catsmeat” Potter Pirbright (John Elmes), during which Gussie plunged into the Trafalgar Square fountain. He had been due to meet one of Madeline’s godmothers, Dame Daphne Wentworth (Rosalind Knight, previously the hotel proprietress in 1.5 Brinkley Manor). The other being Aunt Agatha: “Scylla and Charybdis” as Sir Watkyn jocularly refers to them. Naturally, Bertie can’t have Gussie fail to show up, lest it puts him back in the marital frame with Madeline.

Bertie: For your information, Catsmeat, Jeeves takes a size fourteen hat, eats tonnes of dish, and moves in mysterious ways his wonders to perform. Speak, Jeeves.

Jeeves curiously opts out of joining him, despite suggesting the stratagem, on the grounds that The Ganymede Club would not look kindly on his “sailing under false colours” as Gussie’s manservant. And yet, he’s quite happy to show up a day later with Gussie (after the judge has had a change of heart) pretending that the latter is Bertie. Which is about as false as colours get.

In the novel, Jeeves has a much better reason; his uncle Charlie Silversmith butles at Deverill and knew Jeeves valeted for Bertie (quite a chunk of good material had to remain in the novel in order to prune it down). Catsmeat masquerades as Bertie’s valet Meadowes, meanwhile, complete with fake moustache; he’s besotted with Dame Daphne’s daughter Gertrude and plans to elope with her. In short order of Gussie arriving, he also falls for Gertrude, aggrieved at the demands Madeline has been making of him yet failing even to appear at the Hall herself.

Bertie: Oh, but dash it, Aunt Agatha.
Aunt Agatha: Please! Kindly confine that sort of language to the taproom where it belongs.

Bertie is supposed to be making his way to Deverill to woo Gertrude, on the instructions of the fearsome Aunt Agatha (as he surmises, it couldn’t work between them because “Bertie and Gertie“). His initial audience with the collective of aunts is first-rate foolery. Ushered into dinner as soon as he arrives (“Well, this is jolly“), he proceeds to make puns that, fortunately, aren’t understood (“all the little Deverills“) and tells jokes that are even less so (“Is this Wembley? No, it’s Thursday“). “Unseemly anecdotes“, as the real Gussie will later surmise. He also receives an insight into his Aunt’s view of him:

Dame Daphne: Apparently, he’s completely irresponsible Agatha says she often wonders if the kindest thing wouldn’t be to put him in some kind of home.

The highlight of the episode, however, finds Bertie arriving at Madeline’s friend Hilda’s house to retrieve Gussie’s misguided missive; Bertie has been writing to Madeline on Gertrude-obsessed Gussie’s behalf (on the grounds he’s sprained his wrist). Complicating matters is that Gussie has also written to her, breaking the engagement. Bertie, accompanied by a framed picture of his not-truly-besotted, takes refuge behind a sofa when Madeline and Hilda enter the living room. Soon after, Hilda pulls out a pistol out and begins shooting at him (“There’s a damned man behind the sofa!“)

The gun and subsequent court case are Clive Exton sexing up the episode, with Madeline pleading with the judge for Bertie’s release; unsurprisingly, they aren’t up to the true Wodehouse standard. Nor is the business with Bertie’s fake golf club, laying the groundwork for Gussie to play a surprising blinder.

This fuels another addition, Jeeves posing as Scotland Yard via Catsmeat’s tache (while Jeeves has presented himself as the law in the novels, this occasion wasn’t one of them). He arrests Bertie for being in possession of an illegal golf club, in order to extract him from the clutches of Deverill. Other moments of note find Bertie responding to Dame Daphne’s “Don’t I recognise you?” with “Well, I hope so, yes” – she’s actually talking to the disguised Catsmeat – and Catsmeat apologising to Wooster for use such long words when he says “infatuated“.

Despite some of the lesser embroidery, this a good episode, with Aunt Agatha (Mary Wimbush, Aunt Lavinia in K9 and Company) on fine imperious form and appearances from Red Dwarf’s second Kochanski Chloe Annet as Gertrude and Hillary Sesta as Aunt Emmeline (the fortune teller in Snakedance).

However, the entrance, or rather return, of Richard Braine, formerly Rupert Steggles (1.3 The Purity of the Turf), isn’t a patch on Richard Garnett in the first two seasons. Braine is only ever doing an impression of someone wet, and not that well, while Garnett just exuded dampness whenever he appeared. Still, his rendition of “Ever so goosey goosey goosey goosey goo” makes for a suitably wretched, tuneless dirge (“Well, if this doesn’t bring Gertrude to her senses, nothing will“). At least, until the throng applaud him on the grounds that “He’s just like Jack Buchanan” (“Well, the whole grizzly crew seemed to think it was wonderful” is Bertie’s summary).

It’s swings and roundabouts cast-wise, though, as we’re now also blessed with the definitive Madeline in the form of Elizabeth Heery (then Morton). She’d be a fixture until the end of the series (previous innings were provided by Francesca Folan and Diana Blackburn, both paling in comparison to Heery’s vision of simpering goopiness). Her every intonation, vocal quaver and doe-eyed look are perfection. The only shame of it is, she never got to play opposite Garnett.

The episode ends with a race against a train as Bertie tries to make it back to the Hall in time to warn of Madeline’s imminent arrival. Alas, too late, although true love rights itself, if in rather perfunctory fashion that doesn’t quite allow the episode to breathe (The Mating Season isn’t quite done justice). In parting, Bertie informs Jeeves that, should there ever be a society for suppression of aunts, he can be put me down as a founder member. 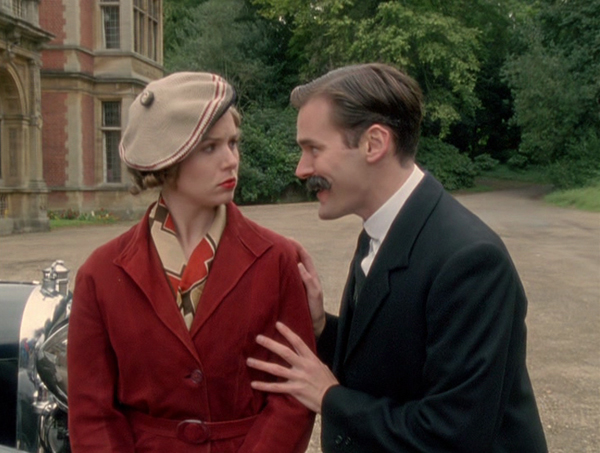 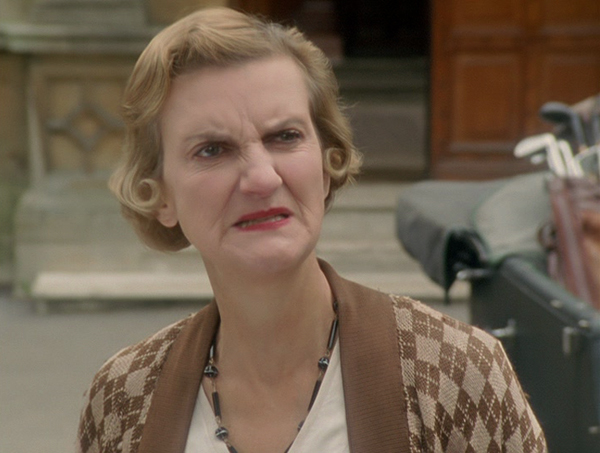 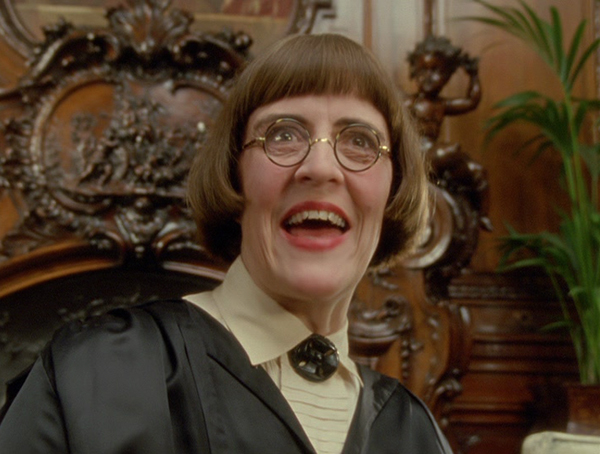 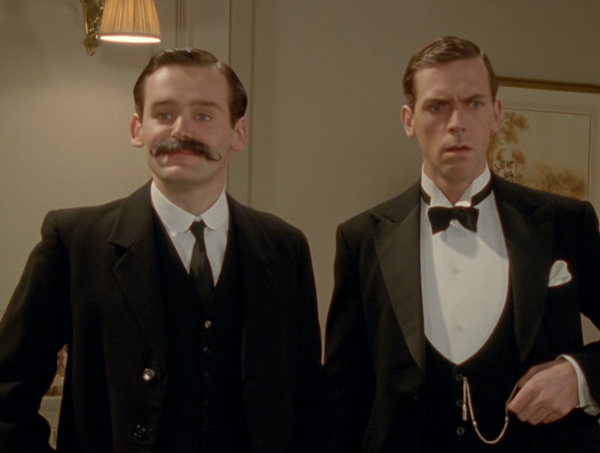 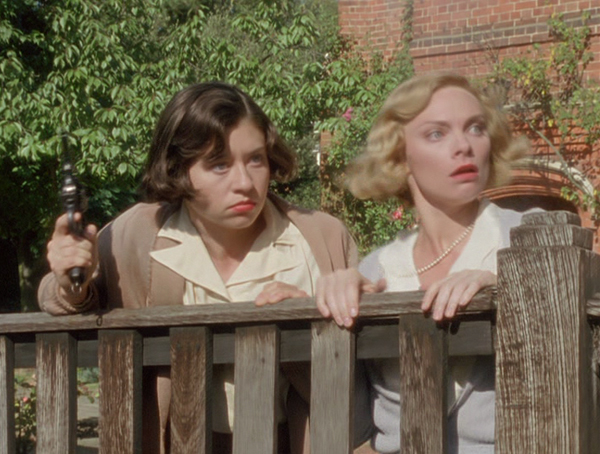 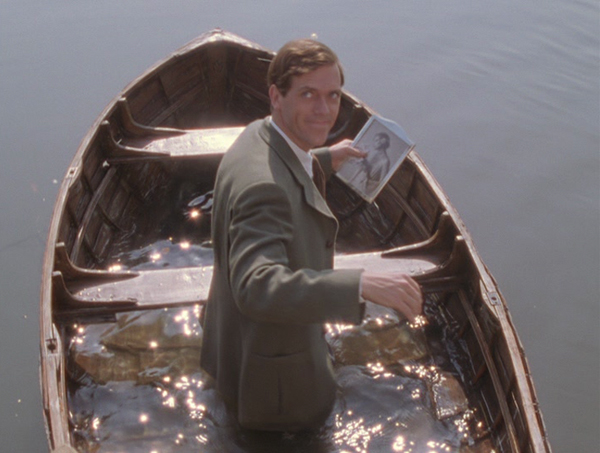 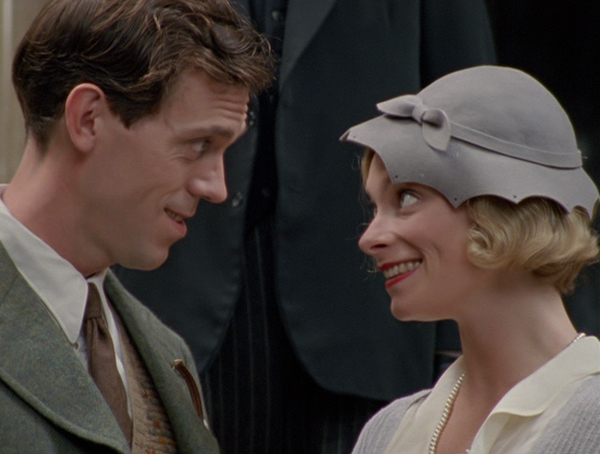 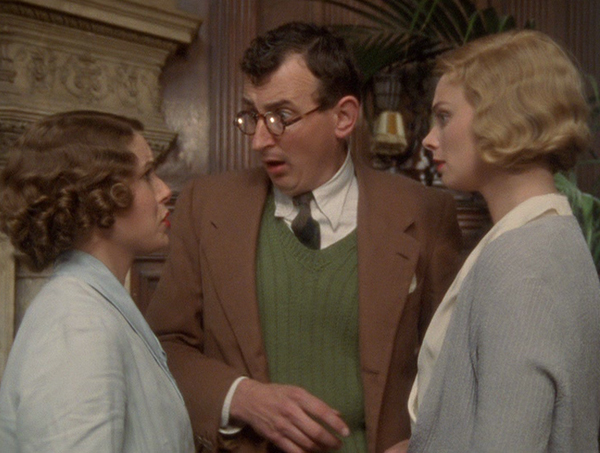 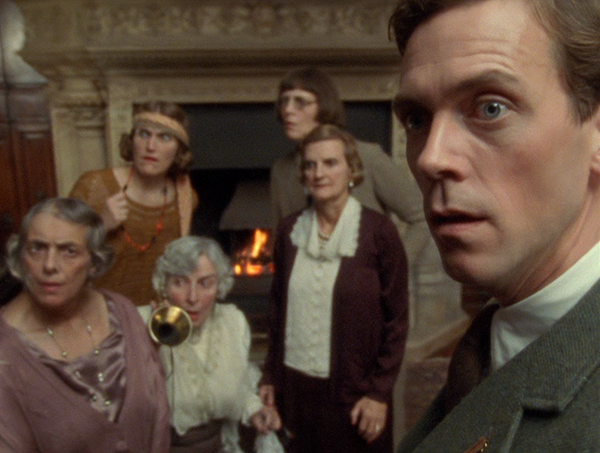 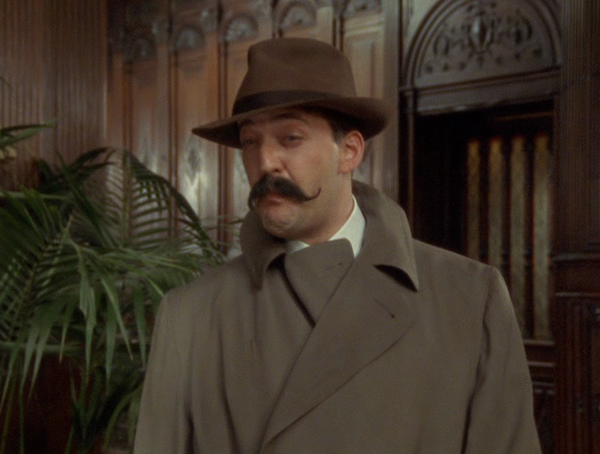