It isn’t all a bed of roses, trying to be a dictator.

Jeeves and Wooster
3.5: Hot Off the Press
aka Sir Watkyn’s Memoirs

There’s some serious thieving going on from Blandings Castle in this episode. Albeit, one could argue that, by using a very early Wooster short story revolving around the same subject, it’s fair game to get the drop on the account of Sir Galahad Threepwood’s memoirs that formed the backbone of probably the best-known Blandings novels, Summer Lightning and Heavy Weather.

Still, it never quite rings true to the starchiness of Sir Watkyn’s character – former magistrate and justice of the peace – that he should engage in anything so scurrilous as spilling the beans on those he has encountered over the years. The plot just about stands up to this assault, with Bertie inveigled into stealing the manuscript by Madeline Basset and his betrothed, Florence Craye (Fiona Gillies), who wish to prevent publication.

Likewise, you can see how transposing some of the elements from Deverill Hall (The Mating Season) to Totleigh Towers works (Bartholomew substituting for Sam, Stiffy for Corky and Oates – Steve Harwood as the second of three actors in the role – for Dobbs are perfect fits). It does, however, have the side effect of making Gussie appear something of a wannabe lothario, through giving him back-to-back fancies (last episode for Gertrude and here for Stiffy).

Spode: Never do that again, Fink-Nottle!

Still, this is quality Gussie material, impressed as he is upon a Pat-and-Mike sketch in the town hall concert. When Oates drops out, Gussie is squared up against Sir Roderick Spode and required to hit him with an umbrella as part of the comic business. There’s no really good reason for Spode to show up here, except that he’s incredibly good value, and John Turner’s performance is incredibly good. He also features in an amusing attempt to break into Sir Watkyn’s safe, whereby Bertie arrives on the scene to find Spode already there:

Spode: Sir Watkyn asked me to fetch some things for him.
Bertie Wooster: With a hammer?

It seems there are some juicy details on Sir Roderick in the book (“It isn’t all a bed of roses, trying to be a dictator“: “Why don’t you give it up, then?“) but naturally, things go pear-shaped and they both have to flee (diving through a window).

As we saw in 1.2: Tuppy and the Terrier, an amateur talent night is always a recipe for disaster. If this isn’t quite up there with that occasion’s vegetable throwing, we’re witness to Stinker (a welcome return from Simon Treeves; he essayed the role throughout the series) singing “A Hunting We Will Go” to much applause. This, despite Bertie’s uneasiness (“Fruit will be thrown“). The crowd response gives Stinker the confidence to take Stiffy’s hand in marriage from Sir Watkyn, rather than ask for it.

Stiffy: Where on Earth did you go to school?
Bertie Wooster: Eton, and we didn’t do safecracking.

Gussie’s only in the talent show because of Stiffy, who refuses to release him until he’s done as he’s told. Ah yes: the new Stiffy. Easily the best is Charlotte Attenborough, who would return for the last season. Amanda Harris is serviceable, but she lacks a sense of playfulness Attenborough brought to the part.

As for Gussie, he not only incurs the wrath of Spode but must also endure Oates bearing down on him when he retrieves Stiffy’s incarcerated dog, the aforementioned Bartholomew. “I’d never give you any sort of odds for Gussie as a sprinter on the flat” observes Bertie, who has to eat his words… only for Gussie to foolishly “escape” up a tree; as a solution, Jeeves boshes Oates on the head. Gussie returns to Madeline, of course, citing the need for someone less exciting.

Lady Florence: I will never marry you if those memoirs are published.

Madeline doesn’t ask Gussie to rob the safe, on the grounds that “Augustus isn’t a man of action like you” (he’s a man of intellect). She also notes that “It’s only a little safe“. The strongest pressure on Bertie comes from Lady Florence Cray, however. She needs to be Sir Watykn’s niece for the story work, so that’s who she is (she’s the daughter of Lord Worplesdon in the short story, who will eventually marry Aunt Agatha and so become Bertie’s Uncle Percy).

Jeeves in Charge is the story of Jeeves’ first encounter with his master, so most of those formative elements are inevitably absent. However, the basic structure of Bertie stealing the parcel bound for the publisher, secreting it in his room, Jeeves whisking it away before his room is searched, then sending it to the publisher, thus incurring Florence’s wrath, is followed fairly scrupulously.

Bertie does not fire Jeeves here, as a consequence of the latter expressing his view of the unsuitability of their union, although he says he will need to think very seriously about his future. He realises the near miss he had when he hears her remonstrating non-abstemious servants and mentioning the Theosophical Society. Wodehouse clearly had enough of a thing about Theosophists to mention them quite regularly, possibly because his older brother tutored Krishnamurti.

Jeeves isn’t, of course, wrong about Florence, and he flourishes some particularly withering put downs of his master on this occasion. These include the latter running through a new tune Nagasaki on the piano (“Is that wise, sir, so soon after a heavy meal?“), his view on Strength Through Willpower (he put it by Bertie’s bedside table, considering it looked like “an excellent remedy for insomnia“), and his sarcasm regarding Bertie trying to improve his mind (“That scarcely seems possible“). Then there’s his view on Nagasaki itself:

Jeeves: Extremely… invigorating, sir.
Bertie Wooster: Makes you want to get up and bally well have run round the park.
Jeeves: My feelings precisely, sir.

Jeeves also refuses to steal the manuscript for Bertie (“You’re a hard man, Jeeves“: “But a free one, sir, and it is my ambition to remain in that state“), although he seems happy enough handling stolen goods later. And assaulting Oates, which could easily have landed him in stir. A lively episode, then, one that mostly manages to make good on its mish-mash of plotting and recast characters.

One aspect of the novel that doesn’t make the episode is Bertie’s contribution to the talent show. I hadn’t realised Wodehouse had such a feud with AA Milne, principally on account of his former friend becoming a severe critic due to Wodehouse’s wartime record (hence Bertie’s disdain of “Christopher Robin going hopitty hop” in The Mating Season). 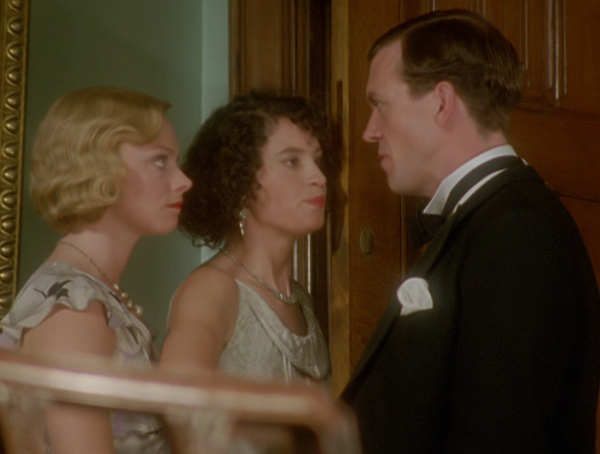 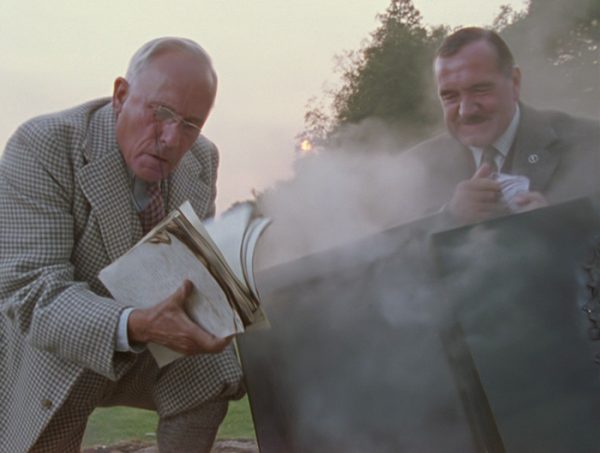 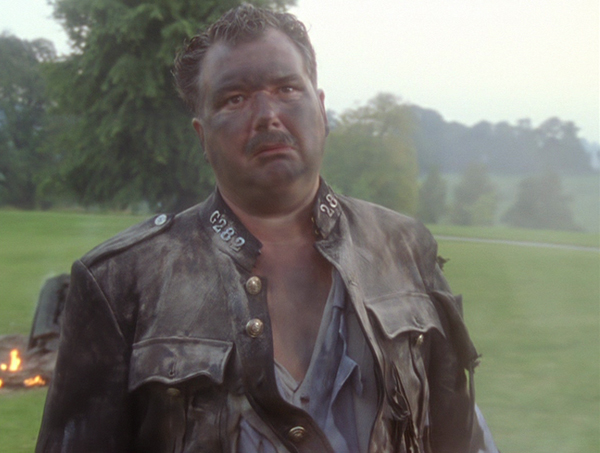 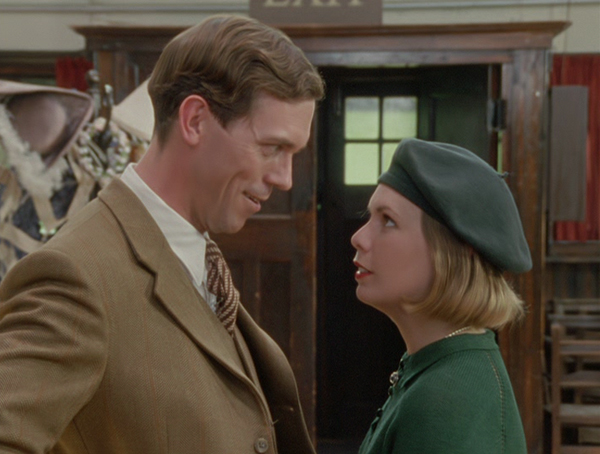 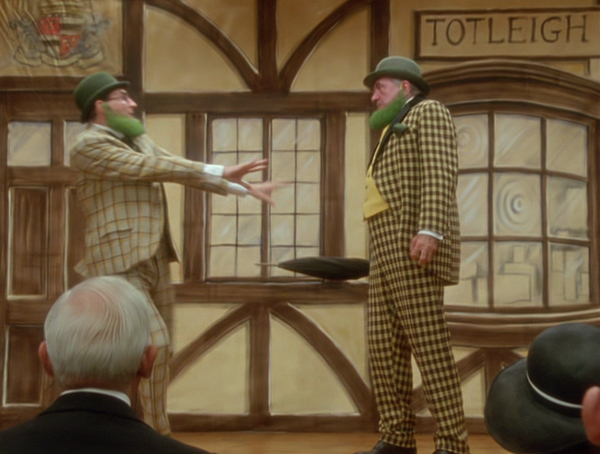 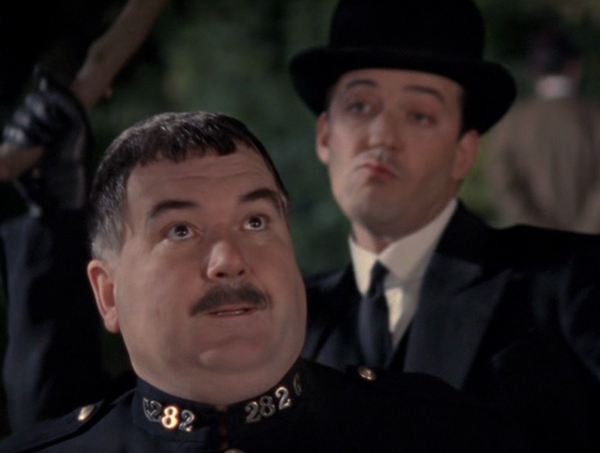 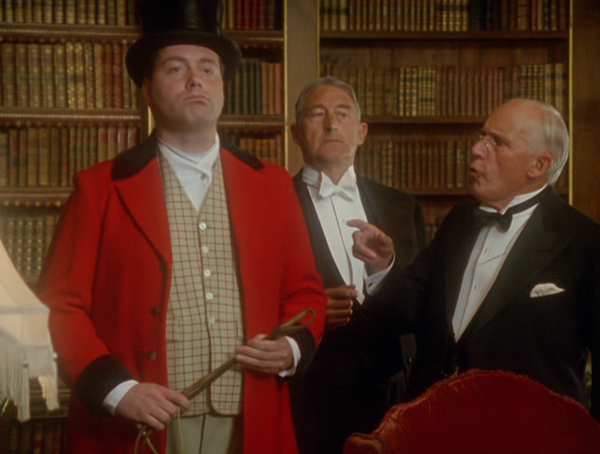 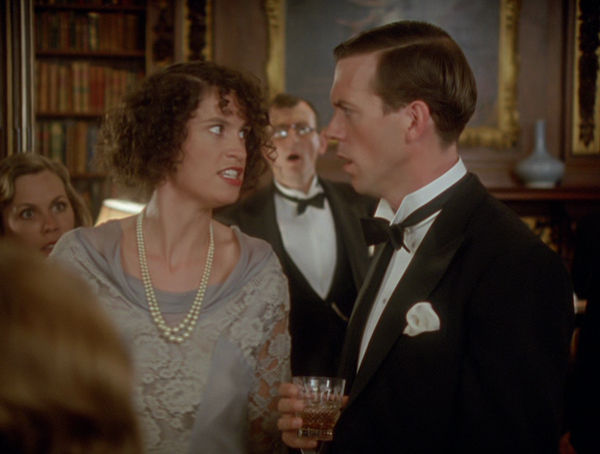 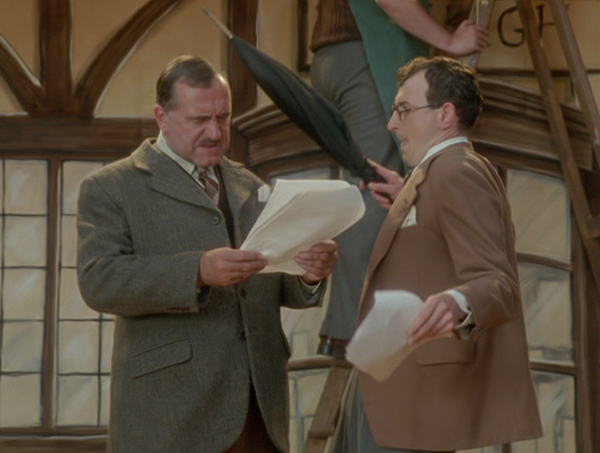