Movies built on a bedrock of rules often come a cropper if they pause long enough to allow examination of how closely they adhere to them. Either they have to come out and say it doesn’t really matter (Gremlins 2: The New Batch) or the assembled elements overcome any logical shortcomings. A Quiet Place, John Krasinski’s third feature as director, rewriting a screenplay by Scott Beck and Bryan Woods, achieves the latter chiefly through devotion to its characters, but also via a confident grasp of cinematic language.

Actors tend to make good directors of actors, even if their visual imagination is often otherwise on the rudimentary side (competent, but lacking flourish). Krasinski doesn’t put a foot wrong with his small cast, including wife Emily Blunt as his character Lee Abbott’s wife Evelyn, and there are a couple of incredibly strong child actor performances from Millicent Simmonds (deaf daughter Regan) and Noah Jupe (terrified son Marcus).

But he’s equally sure of himself staging the scares and building the atmospherics. Nothing much happens during the first third of this compact ninety-minute movie – aside from the loss of third child, Cade Woodward’s Beau, whose obsession with a space shuttle proves a disaster – but that attention to establishing the mood, tone and family dynamic pays dividends when the terror begins.

I’m sure that’s the key to why A Quiet Place has garnered such good press and had such a strong opening weekend (which will doubtless grant it staying power as summer blockbuster fare masses on the horizon). As with recent break-out horror hits It and Get Out, its characters and themes (more characters, to be truthful) ensure it reaches a broader audience than the mere genre faithful.

It also means its weaknesses are more forgivable and easier to ignore. In essence, Krasinski relies on the horror formula of requiring characters to do stupid things as a means to ratchet up the tension, but he isn’t doing this merely so they can end up with an axe in their back, or a sub-Pitch Black, sub-Cloverfield – apparently, Paramount execs considered the screenplay as a potential part of that series at one point in the development process – CGI-alien chewing on their faces. The monster’s probably the movie’s biggest weakness, actually, in that it’s a bunch of nothing original design-wise. But even then, Krasinski almost entirely overcomes the deficiency through treating its presence with utter conviction and materiality.

Of course, A Quiet Place’s strengths don’t mean its structural weaknesses escape some scrutiny. In terms of escalation, Krasinski occasionally elicits a groan through the manner he cranks up, or piles on, the dread developments (the near-breaking point for me was the leaky bath, on top of waters breaking and nails through feet and intrusive, pesky aliens making kind-of-Predator noises as they rock up at importune moments).

And exposition is preferably judicious rather than clunky; are we expected to believe Lee would have left it as long as he has (400-odd days and counting) to let Marcus know loud noises such as the river can drown out lesser ones such as human activity? The answer is, of course, of course, he wouldn’t, particularly since Marcus is clearly also already aware of the potential of diversionary sound effects.

But this leads, in turn, to other posers. Such as, as the newspaper cuttings evidence, how everyone knows these blind beggars prey on their prey through sensitivity to sound. Thus, it’s only logical that sound might also be used as a means to retaliate against them. It isn’t just that it takes so long for the Abbotts to realise this (thanks to Regan’s acting-up hearing aid; dad may not have managed to fix it, but he’s provided something even better. I’m sure there’s a metaphor in there somewhere). Wouldn’t it be the first thing the off-screen authorities and their teams of scientists thought of (apparently not, as the US military is defeated, or hiding out in their underground cities)?

There’s also that you’d have thought the Abbots would arm themselves with monster distractors all over their property, not just the couple we hear, and that they’d put anything that might suddenly fall over (like a wall’s length of framed pictures) far out of toppling’s way. And accumulate copious quantities of cotton wool. And while they’re at it, why are they just visiting a waterfall to have a conversation? Wouldn’t it be better to live by one? Or something else consistently noisy?

I appreciate it would be difficult to anticipate all potentially undermining factors in a concept like this, though, and Krasinski does a bang-up job maintaining the sustained silence (so much so, the entire audience was respectfully quiet throughout the screening I attended). The signage the entire family knows proves highly convenient and fortuitous, of course (I did expect them to be a lot less used to speaking when they did have conversations, though, as that ought to set in after only a few days).

The family dynamic is effectively explored through the horror prism, particularly the relationship between Regan and Lee, the former convinced dad hates her for the death of Beau (she gave him the toy space shuttle), even to the extent that, as dumb as it is, you can see how she’d run away. As such, the emotional pay off that the last thing her father does is not just tell her but also show her how much he loves her fits.

Lee’s position in this might be the most interesting element. At one point, Evelyn makes him promise to uphold the traditional patriarchal model (“You protect them!”), but he’s in a situation where, at best, he can only fail less badly than others might. He has, after all, initiated the worst possible scenario for the family by impregnating Evelyn with a little miracle that will, sooner or later, be the death of them all. And, as mentioned, its only through error that he provides a means to best the beasts.

I’m less convinced by Krasinski’s extoling the picture as a metaphor for US politics than parenthood, however (“You can close your eyes and stick your head in the sand, or you can try to participate in whatever’s going on”) as that reads a lot like grasping at straws of gravitas for what is a fairly standard genre template.

I also appreciated the gung-ho, going-all-Ash cliffhanger ending, even if I rather question Evelyn’s bring-it-on spirit when the main thing on her mind would surely be getting her baby to safety (Blunt is giddily good throughout, but we’ve come to expect that by now).

Is there any legitimate reason to return to the well here, though, as writers Woods and Beck have threatened? Since Paramount has made a mint on a cheap picture, obviously. But aside from that, what made this special was the human factor. If whoever makes the sequel can’t replicate that (and I doubt it will be Krasinski), An Even Quieter Place will just be another horror flick. 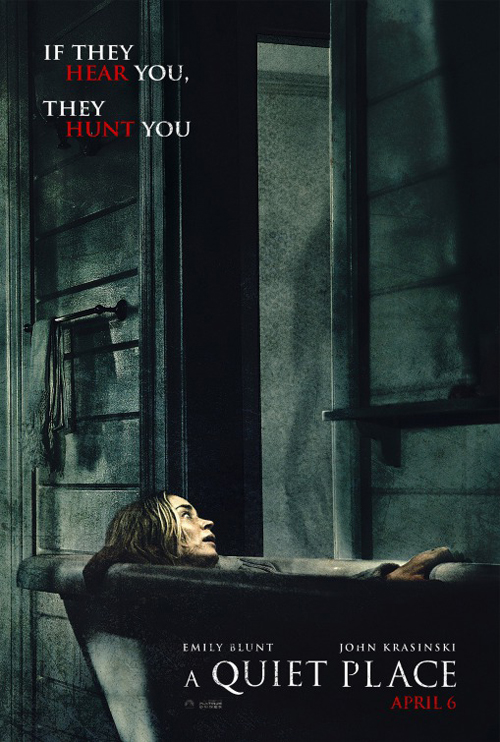 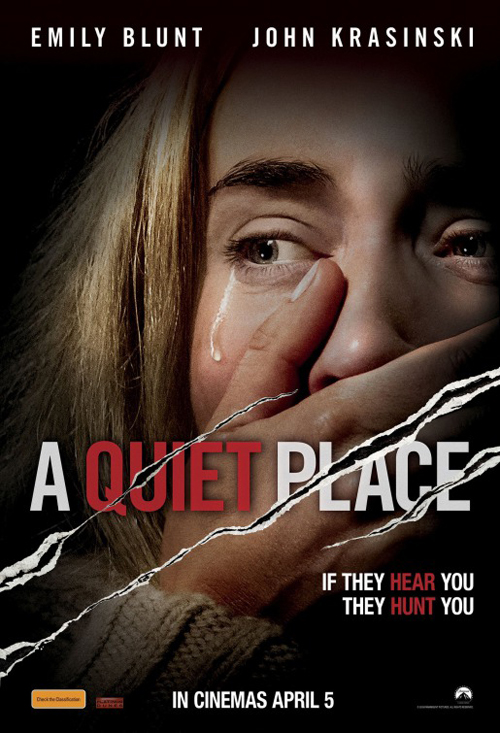