As Alan Hayes observes (in the booklet accompanying the DVD release of this recently discovered Season One episode), there’s a more than passing kitchen-sink element to Tunnel of Fear. You could almost expect it to form the basis of a Public Eye case, rather than one in which Steed and Dr Keel get involved, were it not for the necessary paraphernalia of secrets being circulated via a circus fairground.

Also rather upsetting the show’s later assured form, Patrick Macnee may have been an easy scene stealer from Ian Hendry in The Frighteners, but I’m not sure he’s always the more confident performer of the two at this stage. Perhaps it’s the “live” nature of the recording that finds him rushing through scenes almost breathlessly, or possibly it’s being encumbered with a working-class compere role (“Girlies! Girlies! Girlies!” – thank goodness he wasn’t written any polari), but he doesn’t come across entirely naturally until he’s called upon to light an explosive cigarette at the climax.

On this occasion, the case comes to Keel,although Steed enables the investigation to sprout wings. Harry Black (Anthony Bate, probably best known as Oliver Laçon in the Alec Guinness George Smiley adaptations), injured breaking out of prison – he was incarcerated for a crime he didn’t commit – shows up at the surgery in need of some attention.

One-Ten: Well, what kind of food do you give this beast?

Fortuitously, his predicament dovetails very neatly with a case on Steed’s radar, and the latter gets the go-ahead from One-Ten (Douglas Muir in his fourth appearance as the character, saddled with Steed’s dog) to investigate further.

This will entail Keel becoming “Definitely the perfect prisoner’s friend” and Steed masquerading as the showgirls’ MC, and he doesn’t seem to know well enough not to inflame Maxie Lardner (Stanley Platts). It’s unclear quite how he got the job at short notice, particularly since the rest of the crew seems as thick as thieves (because they are, and spies to boot).  Lardner eventually sets on him – “I thought I told you to keep your maulers off my girls!” – leading to the gentleman spy being bashed on the head with a vase by Rosie (Julie Samuels). Steed has earlier been rather ungentlemanly, however – presumably purely in service of his cover – by slapping Rosie on the bottom, and this after he’s caused another girl to squeal by laying his maulers on her.

Carol: Why don’t you go on a nice long holiday and leave us to get on with our work?

It isn’t only Maxie who’s unimpressed. Steed isn’t in the good books of Keel’s faithful nurse Carol (Ingrid Hafner), clearly having called upon the good doctor’s services a few too many times. He nevertheless seems irrepressible in his bonhomie, even smooth-talking Harry’s mum (Doris Rogers): “There’s more to this than meets the eye. And yours are rather lovely”. Incorrigible is the word. There’s some quality interaction between this pair, including Steed referencing the law of probabilities, to which she responds “Can you be done for breaking it?”

The most Avengers-y part of the plot gets the jump on The Manchurian Candidate by a good year (and the series would go there again, of course, with 4.9: Room Without a View). Harry was drugged then hypnotised, explaining his lack of memory of the night he supposedly stole the weekend’s takings of the fairground. The master hypnotist is Billy (Douglas Rye), working at the behest of Jack Wickram (John Salew) who “was took prisoner” in Korea and acted “very strange” when he came back, “like as if he had been brainwashed”.

Steed is captured and subjected to the technique, although I was unclear how far under he was supposed to be, or if he was under at all. Evidently, Jack isn’t sure either, on account of Steed’s cryptic responses; asked who he works for, he responds “I don’t know. Nobody knows”, which is probably true. He also lists unhelpful facts about Keel (including the rather unfortunate repeated refrain of “Fond of children, fond of children”).

Keel: You mean you weren’t bluffing?
Steed: I must confess, I really frightened myself for a moment. Quite frightened now. They cost a fortune.

If it sounds as if Steed gets all the good stuff, he’s actually offscreen for much of the third act. Perhaps the most surprising development is the domestic scene between Harry and his girlfriend Claire (Miranda Connell), whom we first see ironing away in her bra and continuing to do so when the police barge into her house boat, just after she has concealed Keel and Harry. In a decidedly maturely-skewed turn of events, it’s revealed Claire had a bairn while Harry was inside. Harry responds with “The little tramp!” while his ma insists it could happen to anyone, and that she will stick by Claire over her son if it comes to it. Keel can only observe the exchange empathically, reticent of the delicate ground of attempting to offer advice.

There’s no holy grail feeling to Tunnel of Fear, but it’s a very solid episode and offers additional insight into the show’s gradually development over the course of its first year. The idea of Steed using an unskilled civilian never quite gels at any point – certainly not with Season Two’s Dr King and Venus Smith – but Keel’s at least halfway believable as someone who’d willingly get embroiled in perilous plots and could take care of himself along the way (it’s a little more difficult to believe he’d be willing to use the gun he trains on villains, though).

An episode also notable for being the final appearance from Steed’s pooch Puppy, who apparently had an accident on the underground and died. You’re left with more questions than answers knowing that, though. 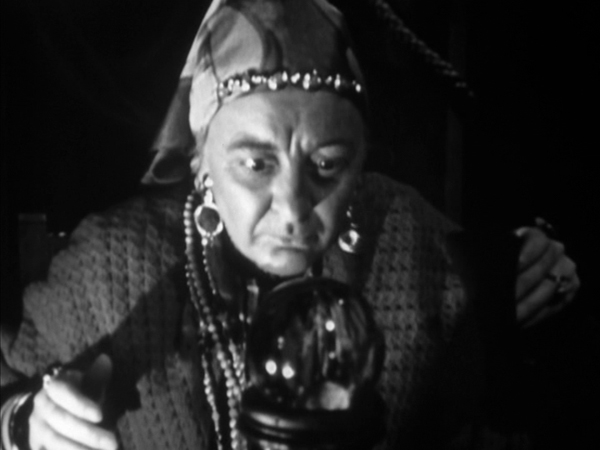 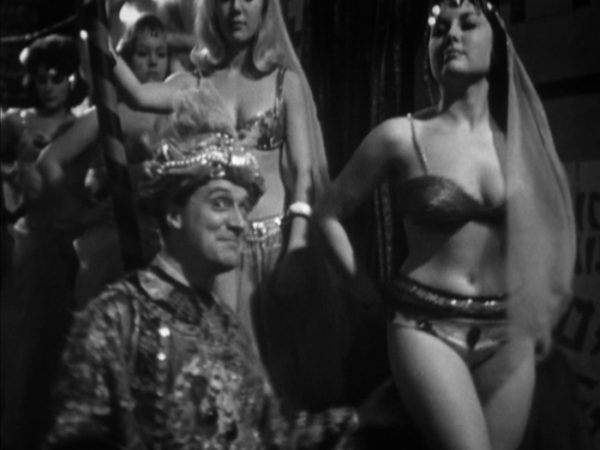 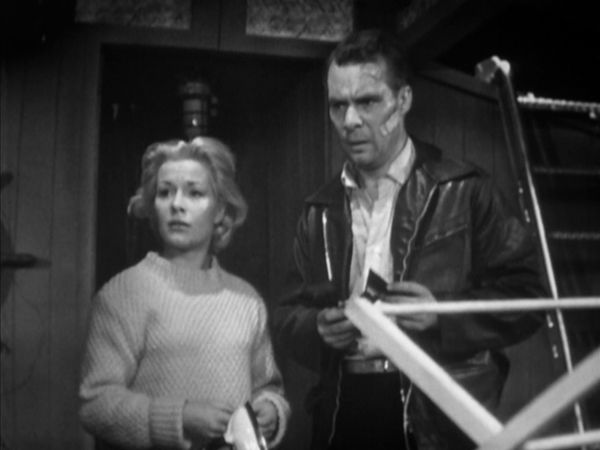 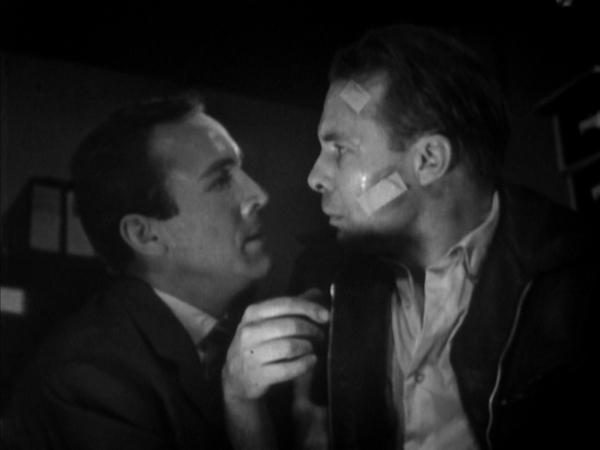 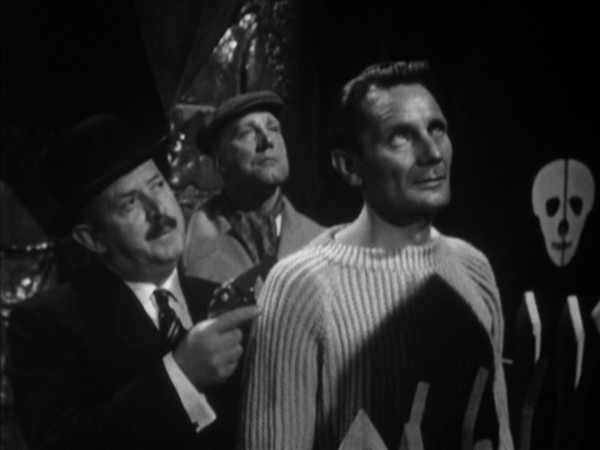 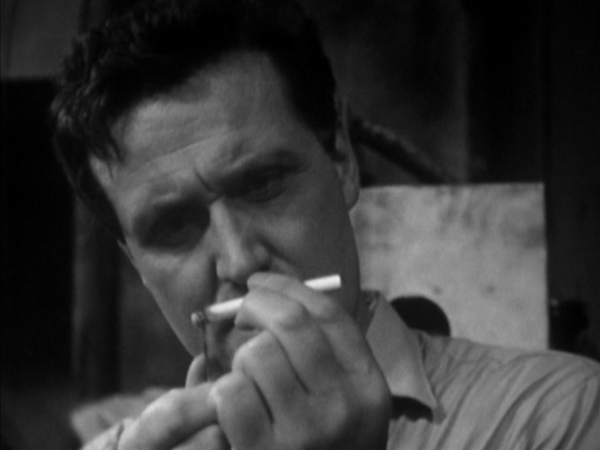