I am trying to uncover a communist plot, and not a pornographic love-in.

Yays! I saw Not Now, Comrade one BBC afternoon twenty-plus years ago, and it stayed with me. Not because it was especially good – although, I had in mind that the cheesy farce carried a certain Carry On period charm – but because of Lewis “Fisk” Fiander’s outrageous performance as a defecting Russian ballet dancer. Revisiting the picture, that is indeed about the size of it.

The quality of Not Now, Comrade lies squarely on the shoulders of Ray Cooney, who not only wrote it and co-directed, but also co-starred (offering by far the weakest performance, as tipsy MI-6 man Mr Laver). Cooney is most (in-?) famous for having penned the long-running bigamy farce Run for Your Wife. He turned it into a film as recently as 2012, starring, appropriately enough, everyone’s favourite Olivier, Danny Dyer. Cooney has a big French following, but then so does Jerry Lewis. Not content with one “life” play on words, the farceur extraordinaire also wrote Wife Begins at Forty a couple of years later.

Comrade was a sequel in mode and title, if not characters, to Not Now Darling, a 1967 farce filmed in 1973 (also, modestly enough, co-directed by and starring Cooney; the other co-director was David Croft, of Croft and Perry – their It Ain’t Half Hot Mum stars Davies and Estelle appear here – while Harold Snoad, Comrade co-director, helmed five early episodes of Dad’s Army as well as a number of Are You Being Serveds). Its origins lie before Darling, however, in his 1964 farce Chase Me, Comrade.

The TV-level production quality suggested by Cooney’s collaborators is Not Now, Comrade all over. As a film director, he doesn’t seem to appreciate that you can’t just point the camera at the action and expect a farce to translate to screen with the same energy it does on stage; it doesn’t matter if the cast are giving 100 percent.

The action revolves around the country house of Leslie Phillips’ Commander Rimmington (his role is a peripheral one, mainly required to act confused and cop an eyeful of Carol Hawkins; sadly, this is post-smoothy, “Oh, I say” Phillips, the odd “Incredible!” aside). Rudi has ended up there as a consequence of a mix up over which car boot he secreted himself in, in order to facilitate his defection. Ensuing are various expected cases of mistaken identity (“Am I still the gardener?” asks Kinnear’s Hoskins at one point) and attempts to avoid the authorities (police, Russians, MI6), as the Commander’s daughter Nancy (Michele Dotrice) and her hapless civil-servant boyfriend Gerry Buss (Ian Lavender) attempt to assist Rudi and his girlfriend/burlesque artiste Barbara (Hawkins) in the former’s defection.

Commander Rimmington: Is that the damn silly sort of thing you get up to in the Polish government?
Rudi: Yays.

The failure of Comrade is unsurprising. 1976 was a bit late for this sort of mildly saucy fare; the writing was on the wall once the Confessions movies stole the Carry Ons’ thunder from 1974 onwards, combining sitcom antics with sexploitation and cheeky Robin Askwith. Indeed, by ’76, Carry On was in its terminal stages, attempting to offer more nudity and sexual content and looking entirely out of touch and all at sea (Hawkins, who appeared in several Carry Ons and Confessions of a Pop Performer, turned down a specially-written Carry On England role due to its nudity).

Accordingly, the most revealing Comrade gets is during the opening sequence, where Barbara distracts attention from a throng of press surrounding Rudi by giving them a display of her nipple tassels’ propulsive abilities. After that, there are numerous tit jokes (“Yes, my wife’s got the best au pair in the business”), obviously angled at Hawkins, copious instances of a randy Russian assuming any request or statement is an invitation to rumpo (“Yays!”), and much bottom pinching (gender indiscriminate, to be fair, mostly coming from its writer-director-supporting player – “Mr Laver, please don’t be au fait with the au pair”)

Hawkins is spirited and amusing throughout, more so than bigger star (thanks to Some Mothers Do ‘Ave ‘Em) Dotrice. Her career includes numerous sitcom appearances, but she’s probably best known in fan circles as Vila’s love interest Kerril in Blake’s 7 third season episode City at the Edge of the World.

Lavender’s very game, playing a character whose surname, credit where it’s due, is evidently entirely based on one middling gag (“He’s Mr Buss”: “Well, he should have come by taxi too”). Roy Kinnear is suitably exhausted, exasperated and sarcastic throughout. June Whitfield eventually arrives as Millington’s wife and in short order experiences Lavender, dressed as a Russian, lying on top of her on the sofa when the Commander walks in. Naturally.

Barbara: The constable here is on the lookout for an effeminate young man.
Gerry: Everyone to his own taste.

When Windsor Davies shows up as a policeman (he’s investigating constabulary-provoking reports of “a young fella prancing about in an effeminate manner”), there’s an additional level of amusement to be had simply from patented Windsor Davies reaction shots. Such as every time Hawkins calls him “Darling”.

At this point in the proceedings – keep up – she’s posing as the local liberal candidate: “I wouldn’t mind knowing what the young lady stands for” he asks. “Practically anything” comes the reply. It goes without saying that “I have a very large manifesto”. None of Cooney’s lines are the stuff of high art (“Well, I’m all in favour of policemen having them… balls”), but Davies and Estelle (as a typically camp and oblivious neighbour), reprising their TV rapport, can’t help but raise a smile.

The real reason to check this out, though, is Fiander, who responds to every given question (“Who are you?”; “How do you do?”) with an unvaryingly comical “Yays” (or “Yay-es”, for emphasis). I’ve seen the actor in a few things over the years, but most defining is his performance as Fisk in Doctor Who story Nightmare of Eden, where he adopts an accent so absurdly over the top, he does the nigh impossible and not only steals scenes from Tom Baker, he also makes him corpse. Rudi is supposed to be utterly unrestrained, however, and so Fiander delivers admirably.

Not Now, Comrade isn’t especially good, in the same way that the majority of the Carry Ons aren’t especially good. Which is to say, it’s charmingly vulgar and relatively innocuous by today’s standards. It’s artless but likeable, and that it was already past its sell by date on release rather adds to its appeal.

Of course, one might suggest it was curiously prescient of the coming era, whereby Barbara, rejected by Rudi (he’s homesick for the motherland, so decides not to defect after all), switches from a political conscience to a capitalist outlook (“I think I’ll just stick to nice, sexy businessmen in future”). She doubtless did very well during the ’80s. 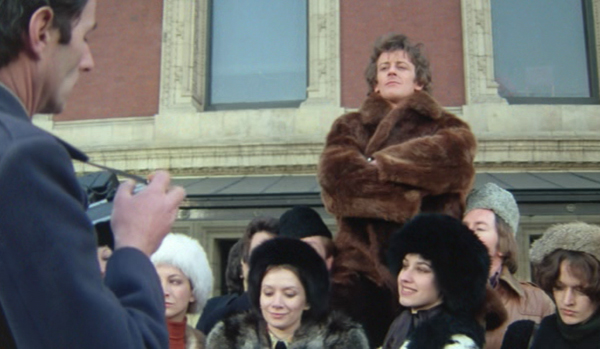 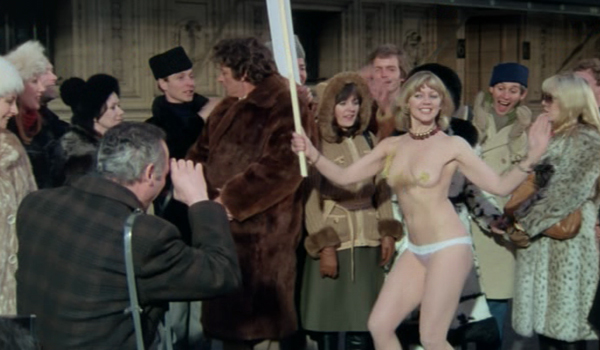 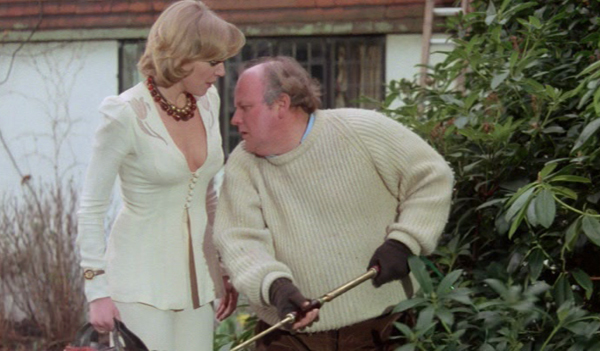 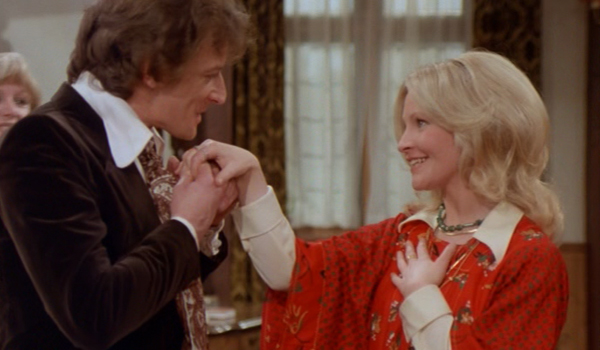 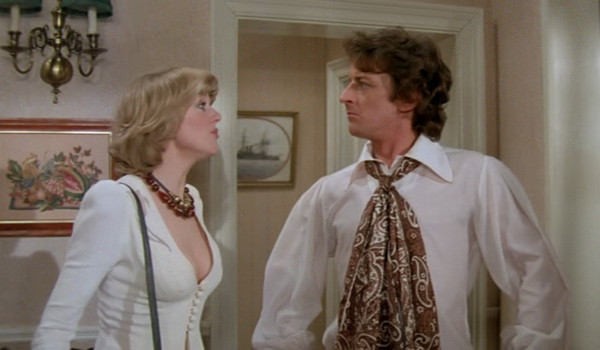 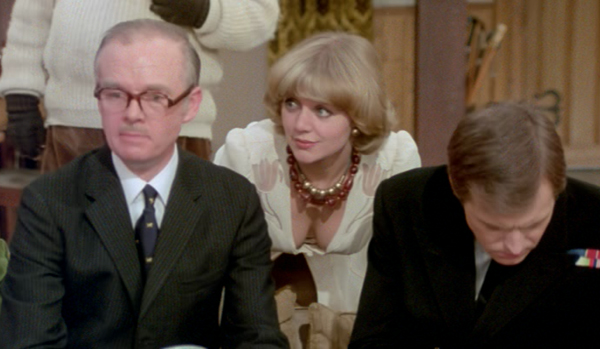 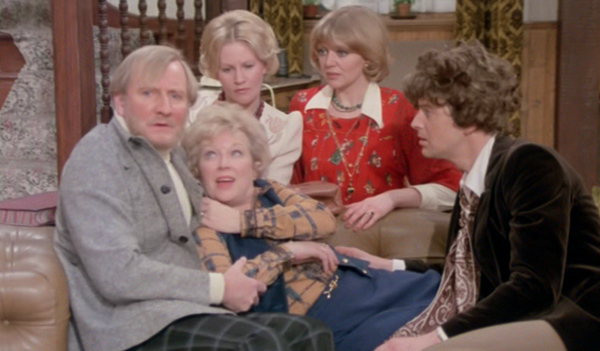 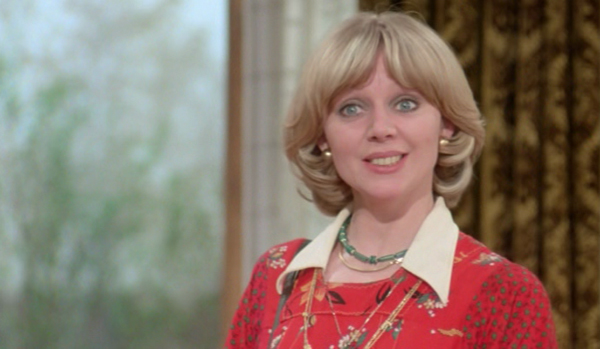 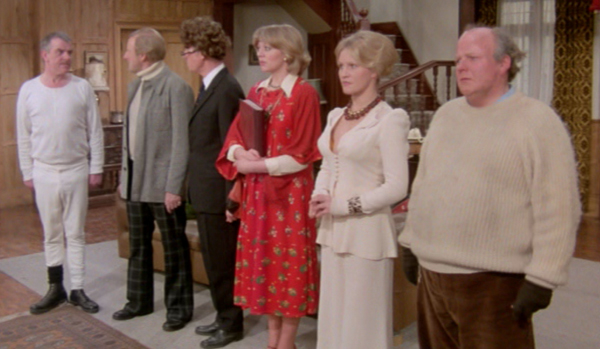 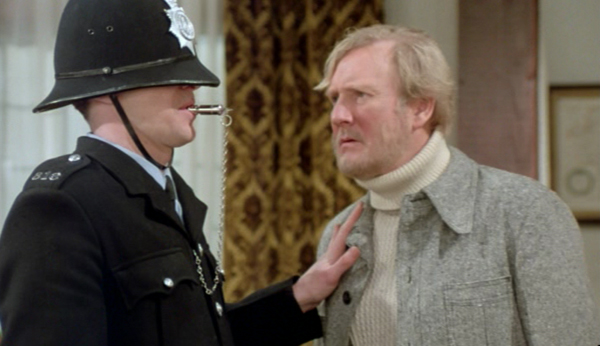