I’m going to open an X-file on this bran muffin.

Glen Morgan returns with a really good idea, certainly one with much more potential than his homelessness tract Home Again in Season Ten, but seems to give up on its eerier implications, and worse has to bash it round the head to fit the season’s “arc”. Nevertheless, he’s on very comfortable ground with the Mulder-Scully dynamic in This, who get to spend almost the entire episode in each other’s company and might be on the best form here since the show came back, give or take a Darin.

Langly: Mulder, I need to know. Am I dead? If I am, they know that I know.

The idea of not only depositing humankind in a simulation, but of us also being in one has a lot of currency lately, not least from science itself. David Icke’s very big on the subject, taking his cues from the Gnostics and The Matrix (or is it the other way round?). The former with their “bad copy” take on the antics of the demiurge.

While This doesn’t go as far as suggesting that we’re all in one not-so-great holographic simulation and that the physical universe isn’t remotely physical at all, it does curiously trace out a fleetingly similar – in typically sketchy X-Files fashion – envisaging of future events as the one Anjeliki Anagnostou-Kalogera presents in her Gnostic-influenced Can You Stand the Truth?, where she posits that the end of this simulation is nigh and that there are various plans afoot by the Archons to wrest humanity into a parallel universe when this one ends (that universe itself having only very finite time available, this being an attempt to stave off the inevitable end of everything that is not part of the “Hyper Cosmoi”). Why, she even brings in ETs, but as the old humanity from the future (or parallel universe).

Mulder: I was gone back then. Could Langly be alive?

In This, Barbara Hershey’s Erika Price (shoehorned into the final reel to create a causal link with the rest of the season, exactly as successfully as that sounds) announces that life on Earth is about to be crushed, that “The simulation is necessary for our evolution as a species”, and that the means to upload everyone, whether they like it or not, is currently feasible (via a cell phone; I’m sketchy on the efficacy of this, but okay).

This will be the state of (most? The select few?) humans when the doomed planet is left behind (as part of space colonisation). It’s unclear quite how this fits in with the plan to wipe out most of humanity (if you can put seven billion in a simulation, the only thing stopping you is that you don’t want to). In the Gnostic scheme of things, the more humans there are for the Archons to feed off, the better, so that analogy only runs so far.

Of course, with The X-Files, it’s wise never to get too hung up on the specifics; Langly tells Mulder and Scully that the Elite are using the minds of participants in the simulation to deliver the necessary science in order to leave the planet. Again, this is nebulous. Because they don’t have the tech they need already? I thought that was where the aliens came in?

Langly’s previously unmentioned girlfriend (as if Langly ever had a girlfriend) Karah Hamby (Sandra Holt) informs them that she and Langly theorised when signing up to the project that everything they were told about the simulation might not be true, and wondered, if they were placed in it when they died, “How would that life know it was a simulation?”

For Langly, it’s pretty much as The Matrix told us regarding early failed simulations; it’s too perfect, a world where there’s no cancer, where he eats hot dogs and donuts all day, where The Ramones play every night and never fight, and the New England Patriots always lose (whatever the last one means): “I’m begging you, destroy it”. And that “They all hate it here” (being the great minds, including Steve Jobs and Michael Crichton, the latter presumably writing hacky virtual pseudo-science airport fiction).

Kara: Maybe he saw Mulder in his dreams.
Mulder: Who hasn’t?

Morgan offers no fake-out realities with this scenario, though, one that seems entirely asking for them (if this had been a JJ Abrams series episode, it would have probably taken place from inside the simulation looking out). That is, aside from a coda in which Langly reappears on his phone (“Mulder! They know what we know. Destroy the back-up”) and the psycho killer Russian shot dead earlier appears on the screen (and being The X-Files, does Mulder leave his friend languishing, in favour of a new standalone episode next week? You bet). The lead in to this is rudimentary cobblers, with Mulder escaping Erika, meeting up with Scully and having a fight while she turns off the BIG machine (server).

Mulder: So the Russians who tried to kill us have had access to all our work.

Much of the rest of the material is faintly old hat. The private contractors aspect would have seemed much more topical a decade ago, Purlieu Services being an American contractor with Russian links (Russian links to the government because topical, right? Except that The X-Files is the last show that should be swallowing verbatim that what we’re told is fake news is fake news). Who put the X-Files on line, so know all about them (and deleted some of them).

Added to which, putting Skinner in duplicitous-seeming situations is plain lazy at this point in the run. His impromptu carpark speech, where everyone stops squabbling so he can deliver a spiel about how there are now seventeen US intel agencies, “All of them are in bed with one another while trying to exterminate each other, and that means each of us” at least gives Pileggi something to chew on, but it’s further evidence of this show’s unenviable old-git syndrome.

Mulder: He’s dead because the world was so dangerous and complex then. Who’d have thought we’d look back with nostalgia and say that was a simpler time, Scully? Everything we feared has come to pass. How the hell did that happen?

The above is, of course, bunk. It’s the tired refrain of an older generation who should know better, since every older generation responds similarly. Getting agitated in the face of Trump only serves to make the current incarnation of The X-Files seem the more stranded, waving its arms about helplessly while dropping Snowden into conversation because he’s only about five years past being happening.

What makes the more egregious aspects of this episode forgivable, however (the trail of clues in Arlington Cemetery is so much nonsense), is the banter between Mulder and Scully. First seen on the couch watching TV, it isn’t long before Duchovny’s doing Californication by way of Beavis and Butthead (“You said taint”) and waxing lyrical after a hard day wrestling bad guys (“Scully, you looked so adorable then. All curled up in a ball in a skanky bar with your fingers wrapped around the grip of our assassin’s Glock”). And he doesn’t get to hog all the good lines either:

Mulder: I’m going to open an X-file on this bran muffin. I’ve got to get to the bottom of why it tastes so freakin’ good.
Scully: I don’t care if it comes out of an alien’s butt. I’m going to eat the whole thing.

Morgan’s an infinitely preferable, more composed director than Carter, even though he has less experience. He should steer well clear of action sequences, however; the opening home invasion mistakes randomly cutting a scene to ribbons for a thrilling shootout. Mostly, though, This is welcome for getting the characters back on track, even as it needlessly rakes over old continuity in the process. Time was, you could have a really great episode and really great character work, often from Morgan and Wong. I guess things were simpler then. 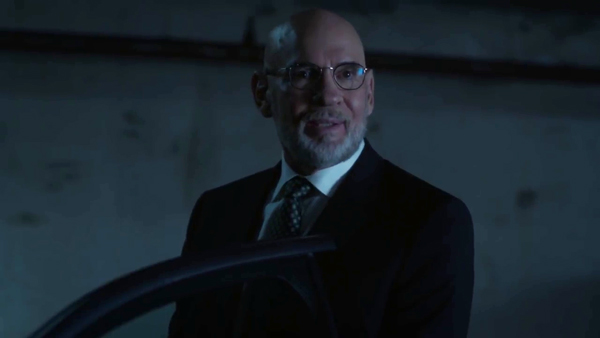 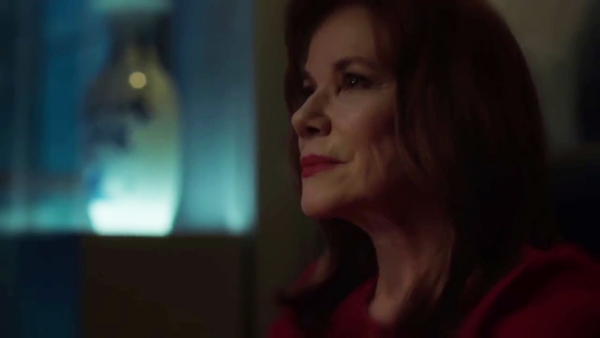 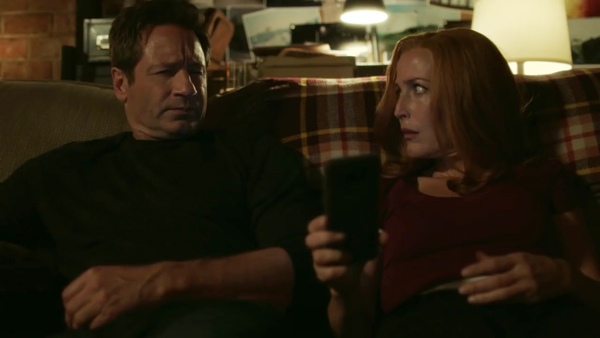 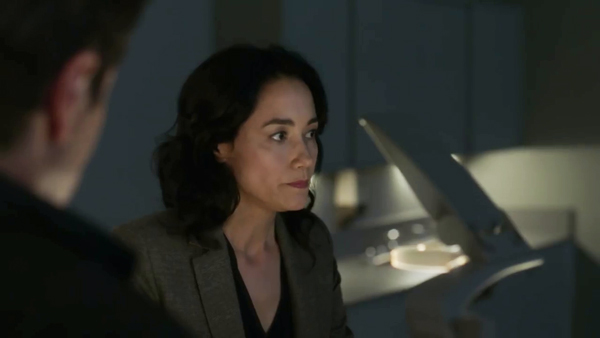 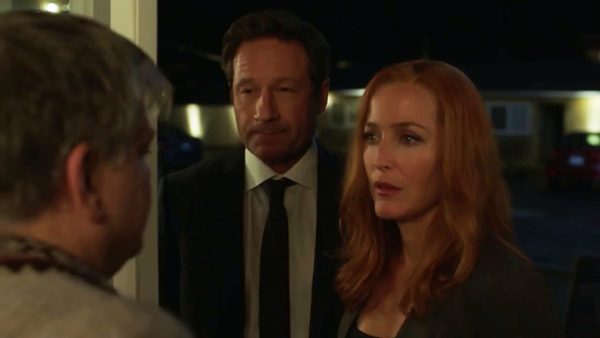