The Avengers
4.23: The House That Jack Built

The House That Jack Built was okay when it was Don’t Look Behind You, and certainly didn’t need repurposing again (although this time more directly copying the original) as The Joker.  This is a near-solo Emma outing, and very much played straight. Which is fine, but it doesn’t really have all that much in the way of intrigue, instead hoping some splendidly psychedelic sets will be enough to hold the attention.

Steed: By the way, I should have a look in the cellar. Might see if the old boy’s laid any wine down there.

In fact, the episode is more intriguing before Emma reaches the house, with Michael Wynne’s scoutmaster Withers proving a sinister hitchhiker (“Studying birds. I’m intensely fond of birds”) on her journey to take possession of a Hampshire home a hitherto unknown uncle has left her. That Withers (“old Pongo”) is actually Steed’s man looking out for her is on the lame side (“I didn’t want to frighten you” is his reasoning for Withers withholding his identity; Brian Clemens felt the need to throw in some cheap red herrings and couldn’t be bothered with decent motivation after the fact, more like).

Mrs Peel: I couldn’t agree with his methods. Automation to the ultimate degree. Replace man with machine. Subjugate him to it. Equate him to that. That’s why I replaced Professor Keller.

As with Don’t Look Behind You, there’s someone from an Avenger’s past out for revenge; we discover Emma succeeded her father, Sir John Knight, to the board of his company when she was 21 and sacked an automation expert, Professor Keller (Michael Goodliffe) who, even though he is dead – shades of the later The Legend of Hell House – has set up this house to teach Emma a lesson, to prove that “The machine is not only man’s equal, it is his superior”. There are various traps for her, and disorientating devices, and a hapless fool Burton (Griffith Davies, Kennedy in The Evil of the Daleks) we saw breaking in during the teaser.

Mrs Peel: I’m being watched. Every move I make, someone is watching.

Needless to say, his plan, including a suicide booth for her Emma (“Its mind has no breaking point, but your mind… You, Mrs Peel, will be quite, quite mad”), comes to nowt, and Steed shows up just after she no longer needs a knight in shining armour (“It’s still at the laundry” he protests). Leading to a laugh-down in which they soft-pedal away on a tandem.

There are some nice touches, certainly, with series veteran Don Leaver going for broke with the Dutch angles, sound effects, rooms that move rather than corridors, the old signpost switcheroo, and effective use of internal monologue. But it’s weaker overall than Don’t Look Behind You, replacing a sinister plot with a bonkers-but-not-especially-riveting one. 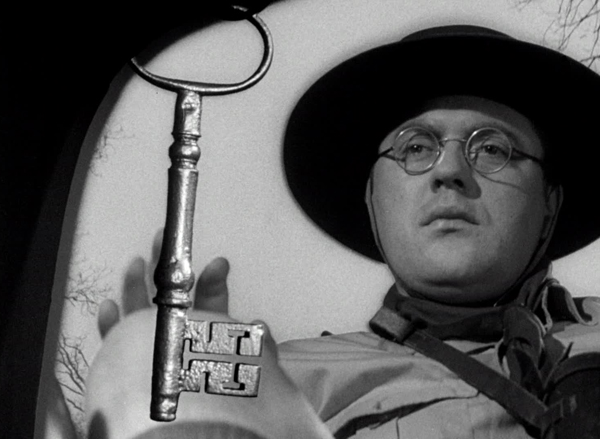 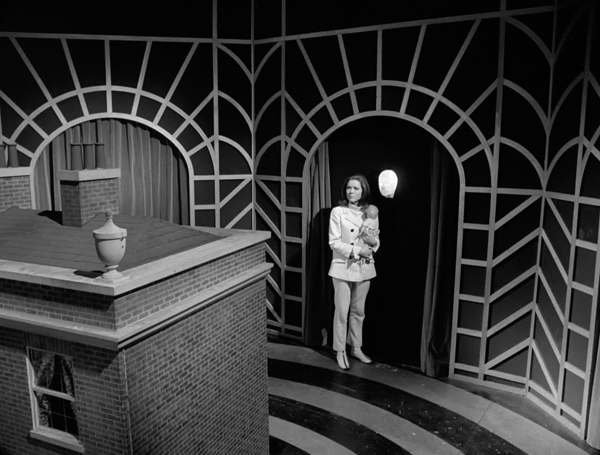 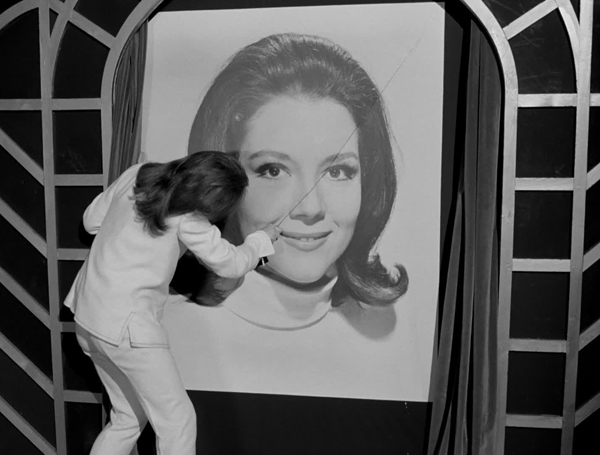 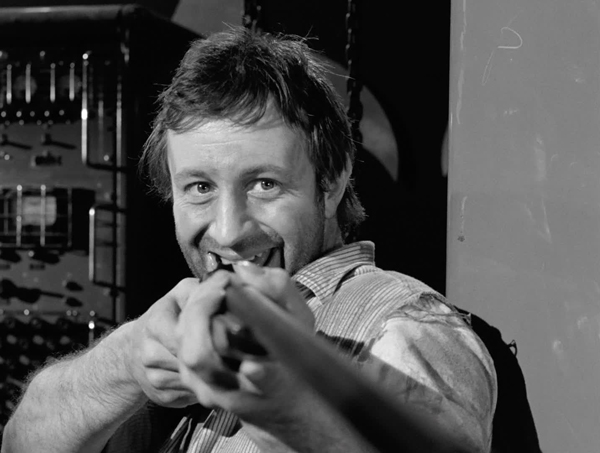 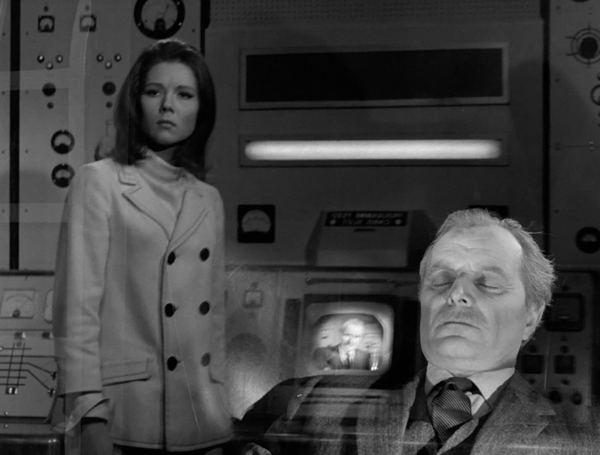